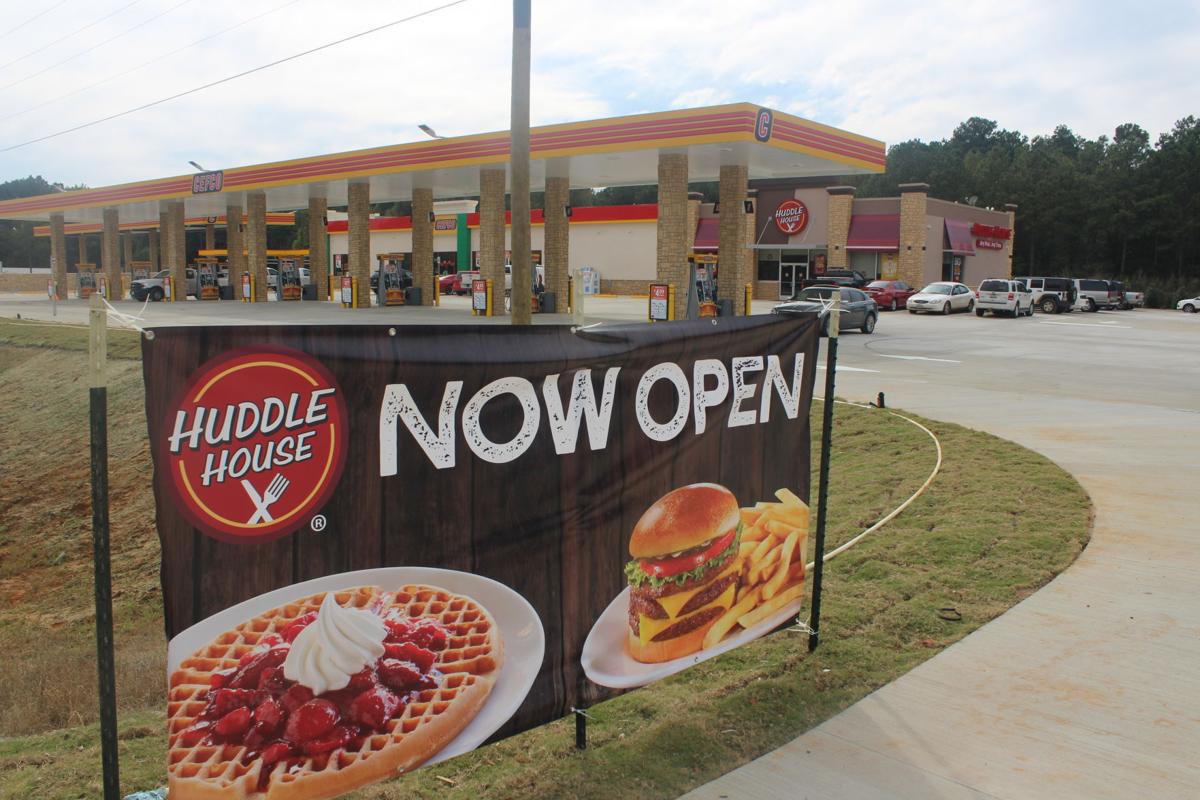 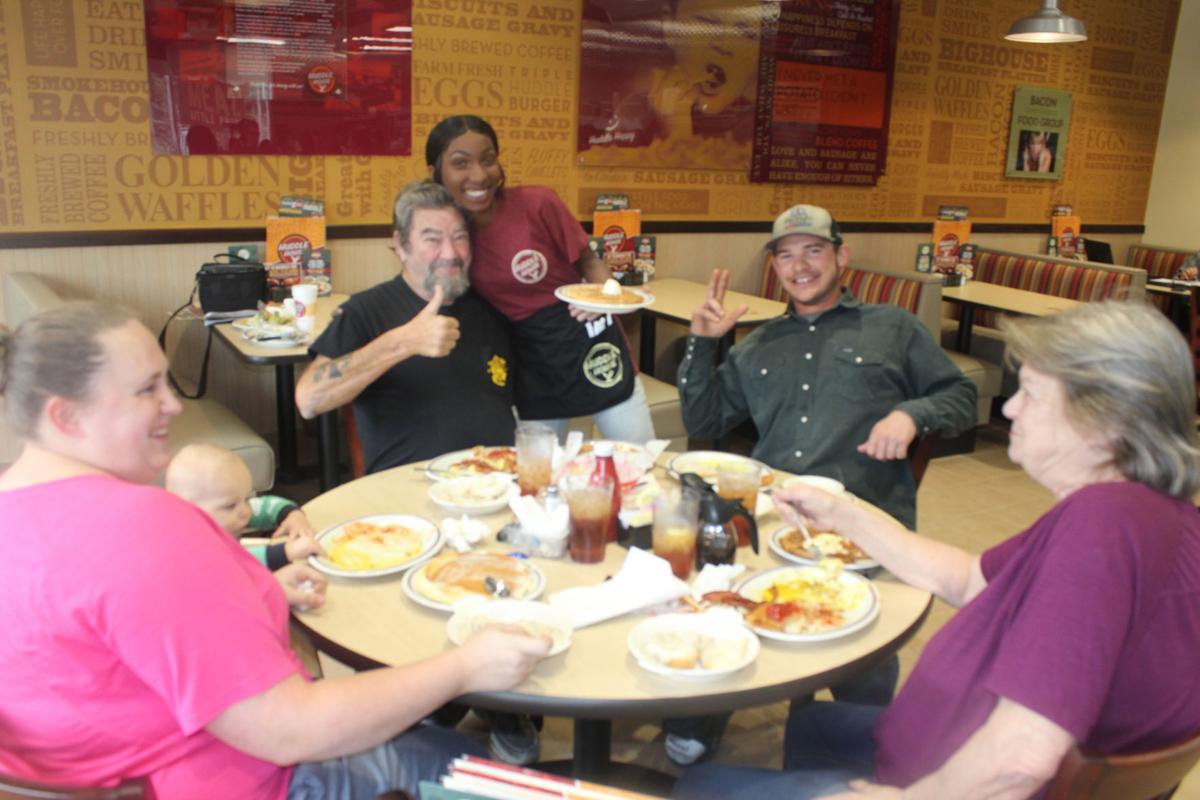 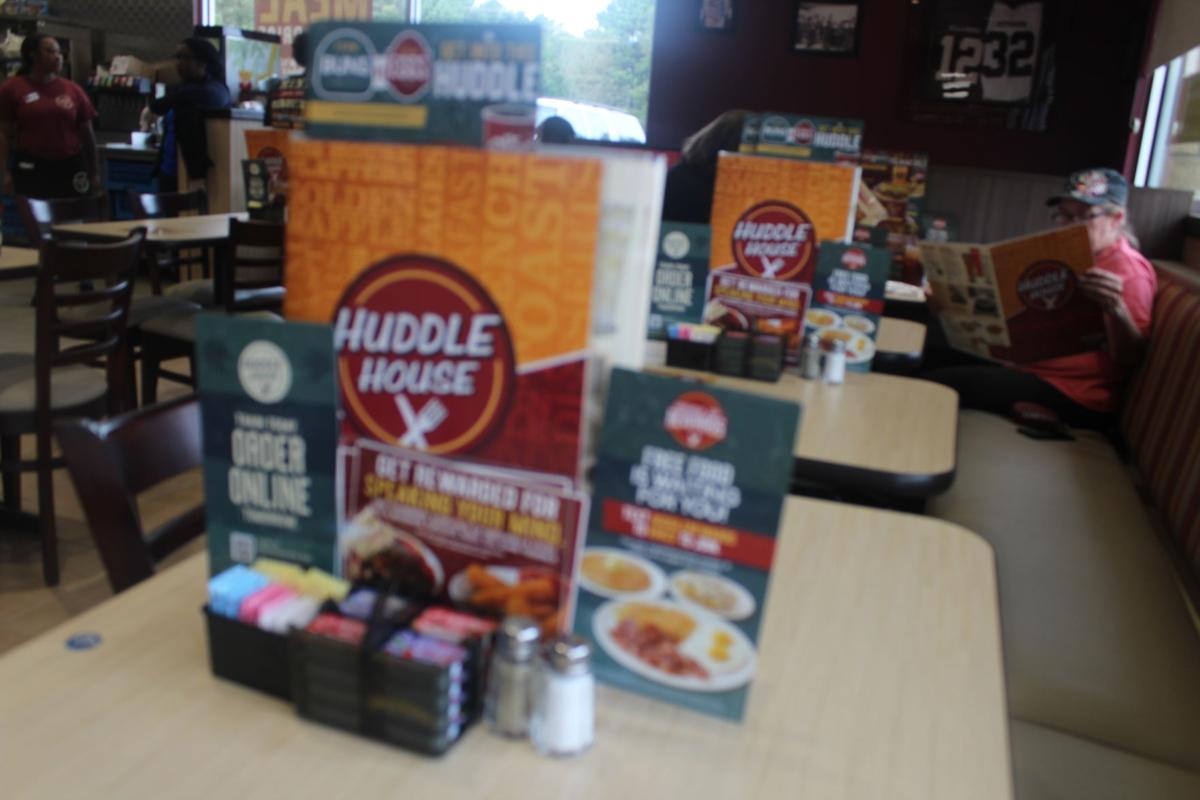 Menus sit on the tables ready to browse at the new eatery which has breakfast, lunch and dinner available all the time. 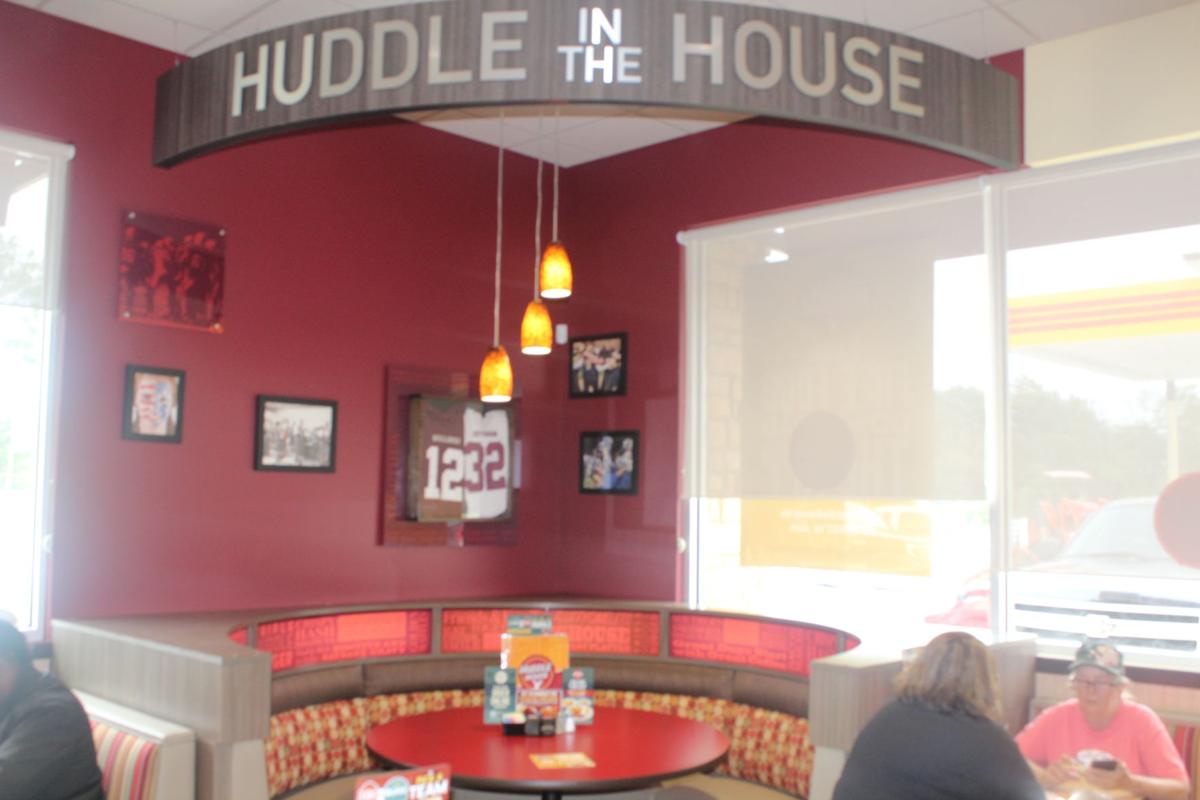 Huddle House in Jefferson will provide the area with a restaurant open 24/7. 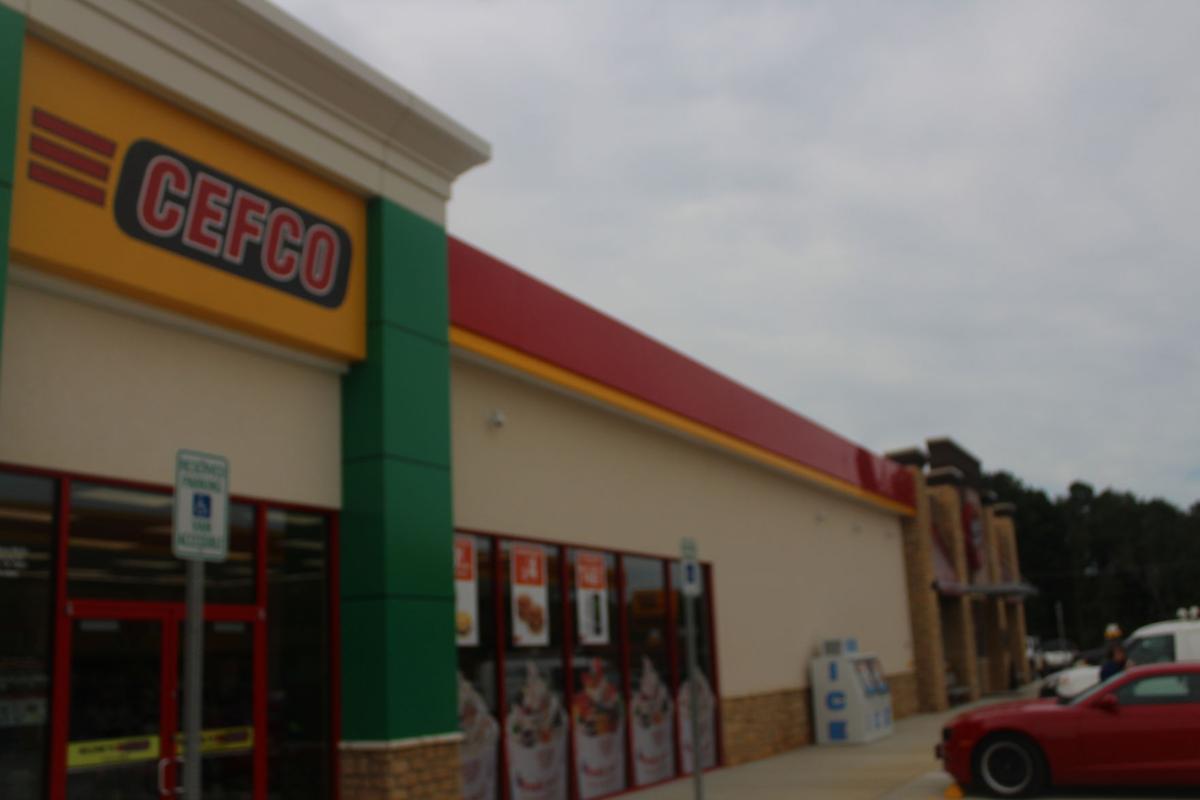 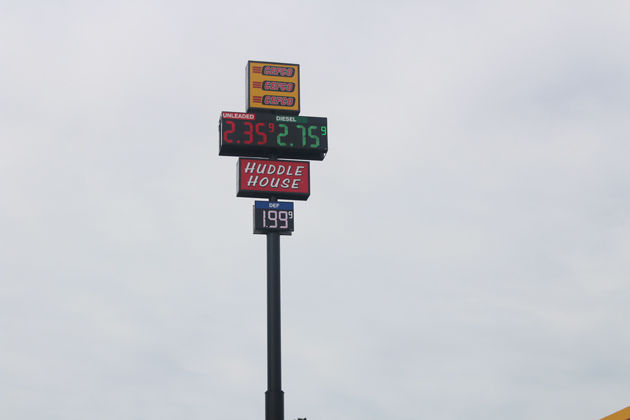 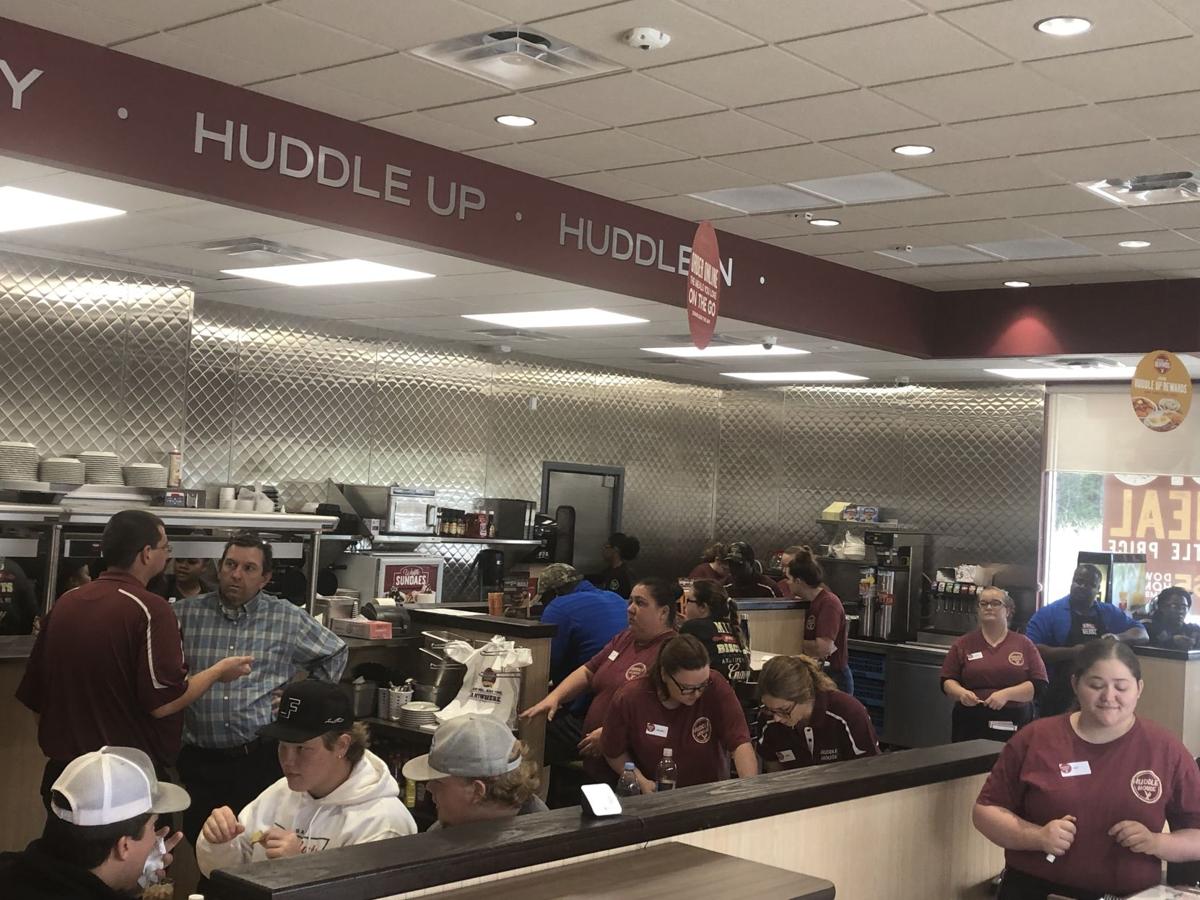 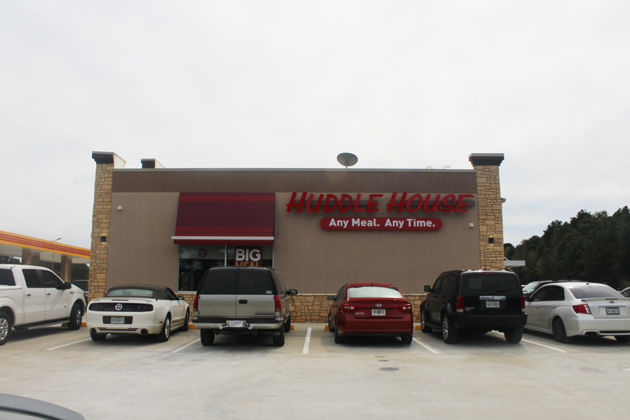 Cars pack the parking lot of Jefferson's new Huddle House, which opened Thursday at 549 S. Walcott Street. The restaurant is part of a franchise with CEFCO truck stop and convenience store,which also opened its doors Thursday at the same location. 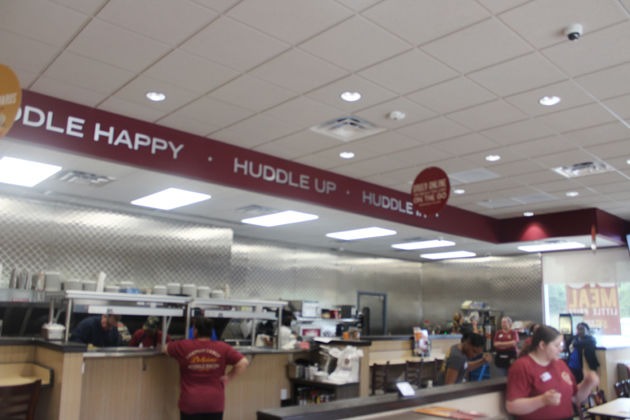 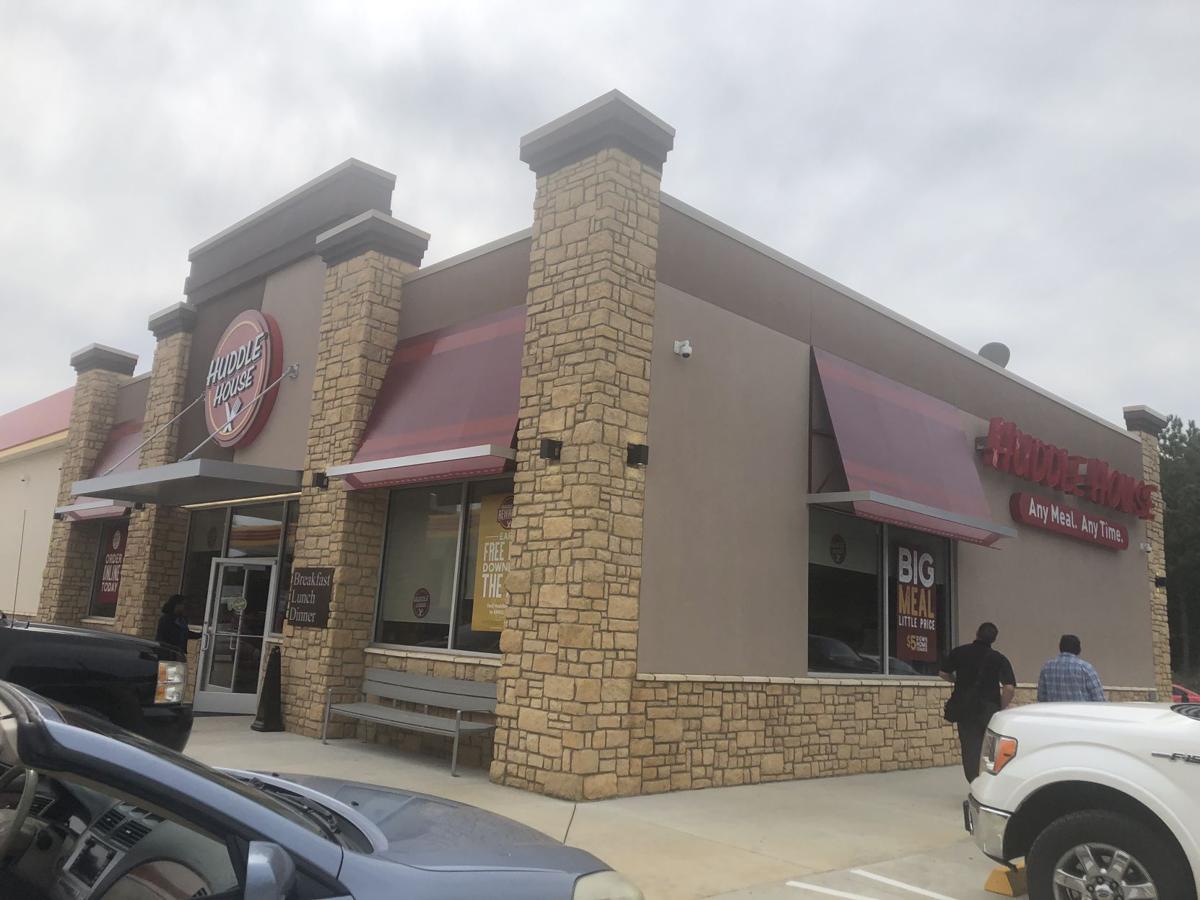 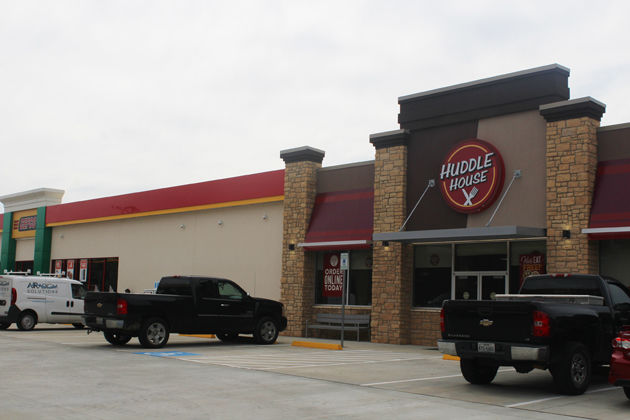 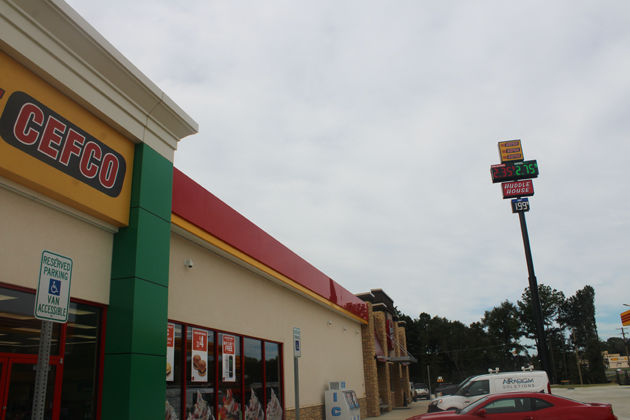 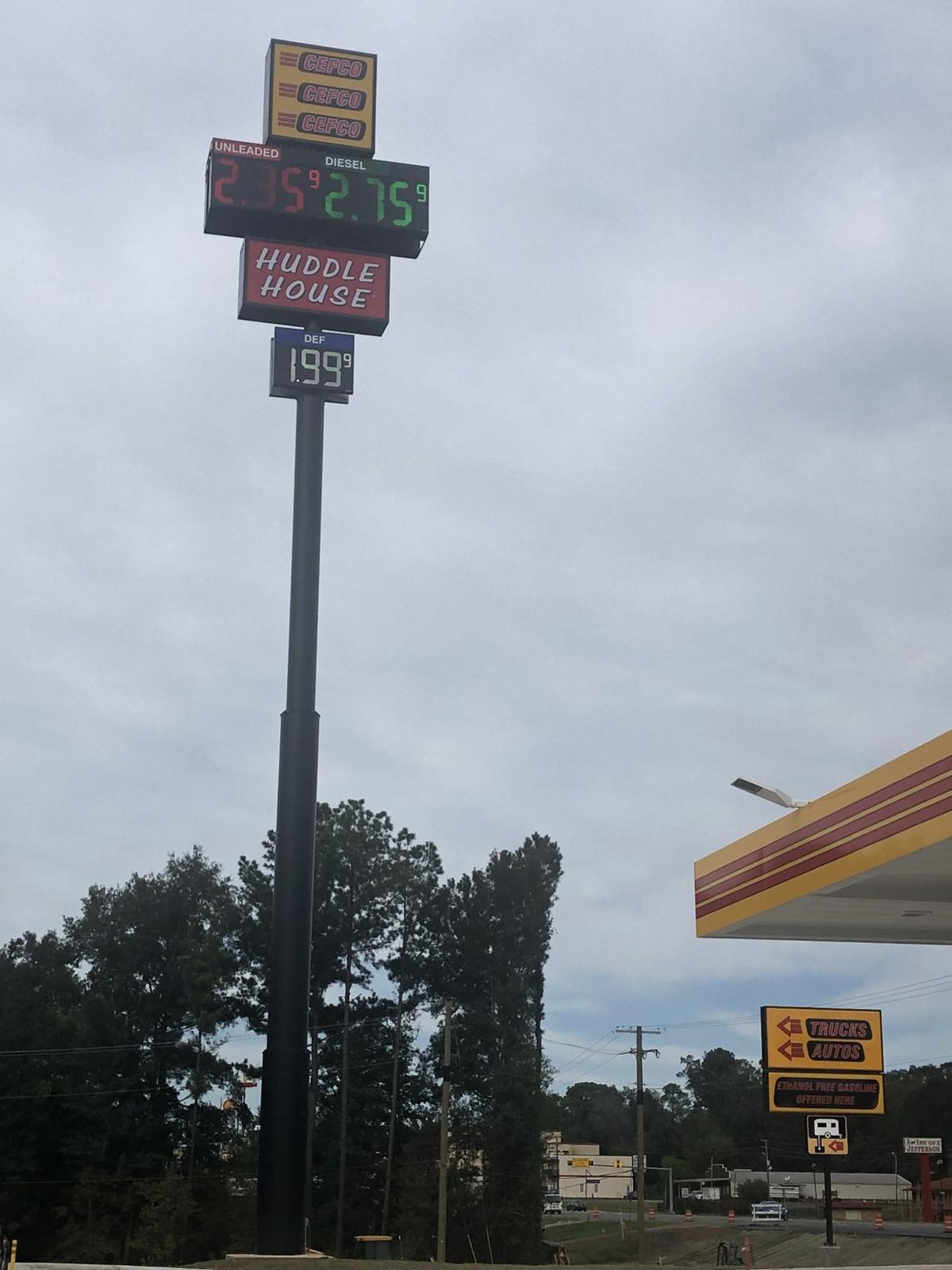 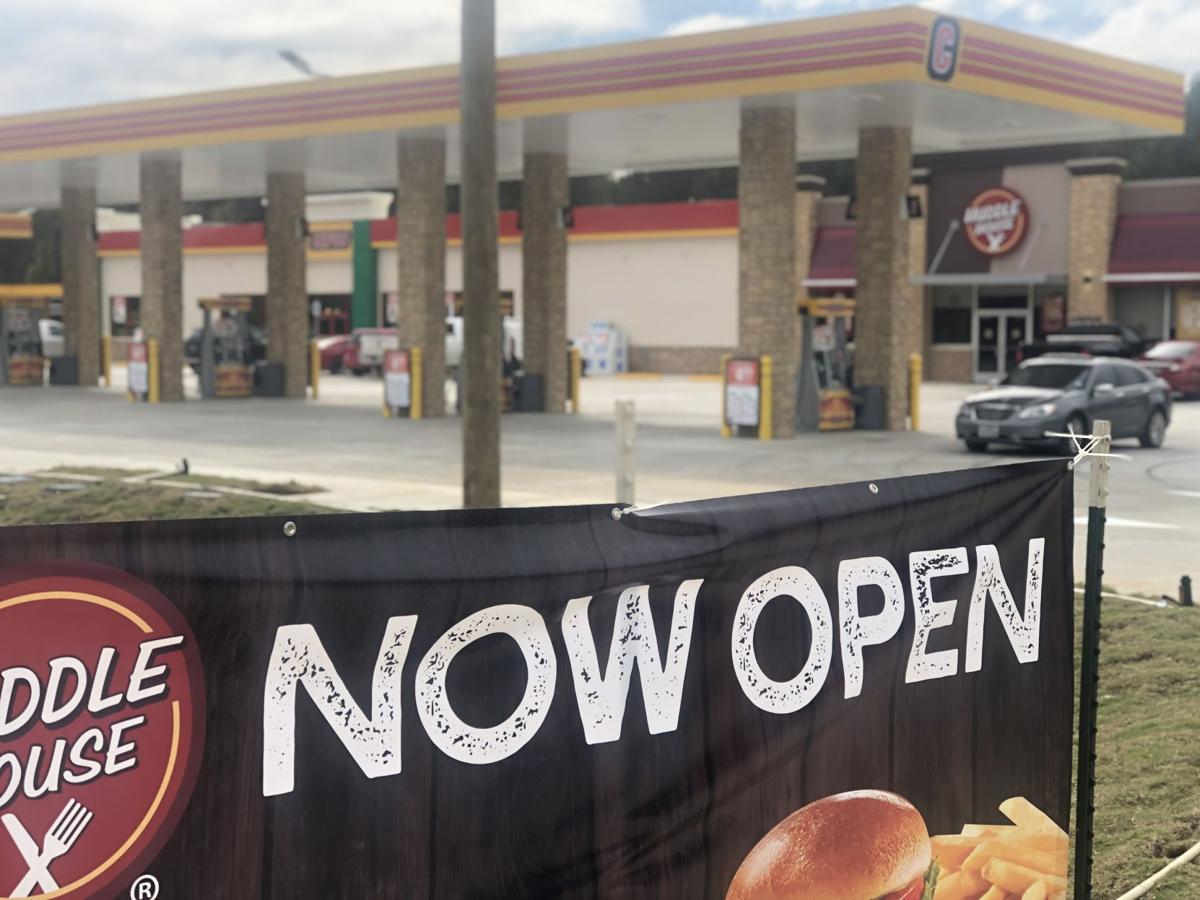 Menus sit on the tables ready to browse at the new eatery which has breakfast, lunch and dinner available all the time.

Huddle House in Jefferson will provide the area with a restaurant open 24/7.

Cars pack the parking lot of Jefferson's new Huddle House, which opened Thursday at 549 S. Walcott Street. The restaurant is part of a franchise with CEFCO truck stop and convenience store,which also opened its doors Thursday at the same location.

Stewart said the home-style diner is renowned for its ‘round the clock breakfast, lunch and dinner menu.

“We’re 24 hours so it’s open all day long, so you can get any of this all day,” he said. “If it’s 6 in the morning and you feel like eating a hamburger or steak, we got it; or if it’s 6 at night and you want breakfast, you got it.”

“CEFCO owns two other Huddle Houses with an attached convenience store and gas station in Vernon and Mount Vernon, Texas,” noted Martin Konovalski, Huddle House franchise area director. “This is their third one.”

Stewart said the franchise is unique as patrons can come, get gas and step on over to Huddle House to grab a bite to eat.

“We’ve been excited. Since they started groundwork, we’ve been ready for that day and it’s finally here,” said Stewart. “It’s been real busy, as we expected.”

The restaurant opened its doors at 6 a.m. Thursday, welcoming its first customer.

“We got our first customer at 6:01 — one guy by himself. His name is Bob,” said Konovalski.

They celebrated the first customer with a special photo shoot.

“We took a picture of him. We sent out an announcement to all the franchise partners. We always do it when we open,” said Konovalski.

Jefferson Economic Development Corporation (JEDCO) made an announcement back in May about securing the new business to Jefferson. At that time, JEDCO President Bob Avery noted that the CEFCO convenience store and truck stop is the first of its kind for Jefferson, and was set to bring about 20 jobs with it.

“They approached us after doing their research, which included traffic counts on U.S. 59,” Avery said, at the time. “Jefferson has several convenience stores but nothing like this truck stop that can serve big trucks.”

Stewart said they started training managers at Huddle House nearly three months ago, and hiring teams about a month ago to prepare for Thursday’s big day.

“First of October we started training, so they’ve been in the store cooking, training, learning the menus and all that stuff,” he said.

He shared how the town has made the franchise feel at home.

“Jefferson has been welcoming us to the town and telling us they want us and they definitely showed us today, so it’s been awesome,” Stewart said Thursday.

Being an unfamiliar town that he’s only seen in passing, Konovalski said he didn’t know what to expect coming to Jefferson, but it’s proved to be a good move.

According to the company, Huddle House restaurants have earned adoration in their communities for their warm, friendly atmosphere where every conversation, sip of coffee and bite of home-cooked meals are savored.

The delightful sounds of laughter, music and sizzling pans filled the new franchise Thursday as patrons stopped by to dine.

The family, who lives nine miles out of town, said they’re looking forward to stopping by on Sundays after church.

Glancing around, he said he’s glad the establishment is open.

“It’s great,” Nixon agreed. “We could hardly wait til it opened up.”

“I was really surprised how many locals came in the first day. There were a few travelers, of course, and then some people from Marshall came down here,” said Konovalski.

He noted how the place is conveniently situated, attracting not only local residents in Jefferson, but travelers from nearby towns.

“Everybody’s so close,” he said of neighboring towns, which are about 20 minutes away.

“I think it’ll be great,” said Konovalski. “I’m looking forward to having another successful Huddle House in Texas.”

“We’re going to give Dennis and Waffle House a run for their money,” he teased.

There are currently more than 400 Huddle House restaurants open or in development across the United States.

“We’re thrilled to continue growing with our franchise partners and to introduce Huddle House to Jefferson,” said Tim Linderman, Chief Development Officer for Huddle House. “We’re confident that the community is going to love all that we have to offer and will find themselves at home in our warm, welcoming restaurant.”

Stewart said the greatest thing they are looking forward to is being a part of the Jefferson community, not only providing great meals, but also by supporting the schools, local businesses and more.

“Whatever we can do we’re part of the family here in Jefferson. We want to show our support,” the district manager said.