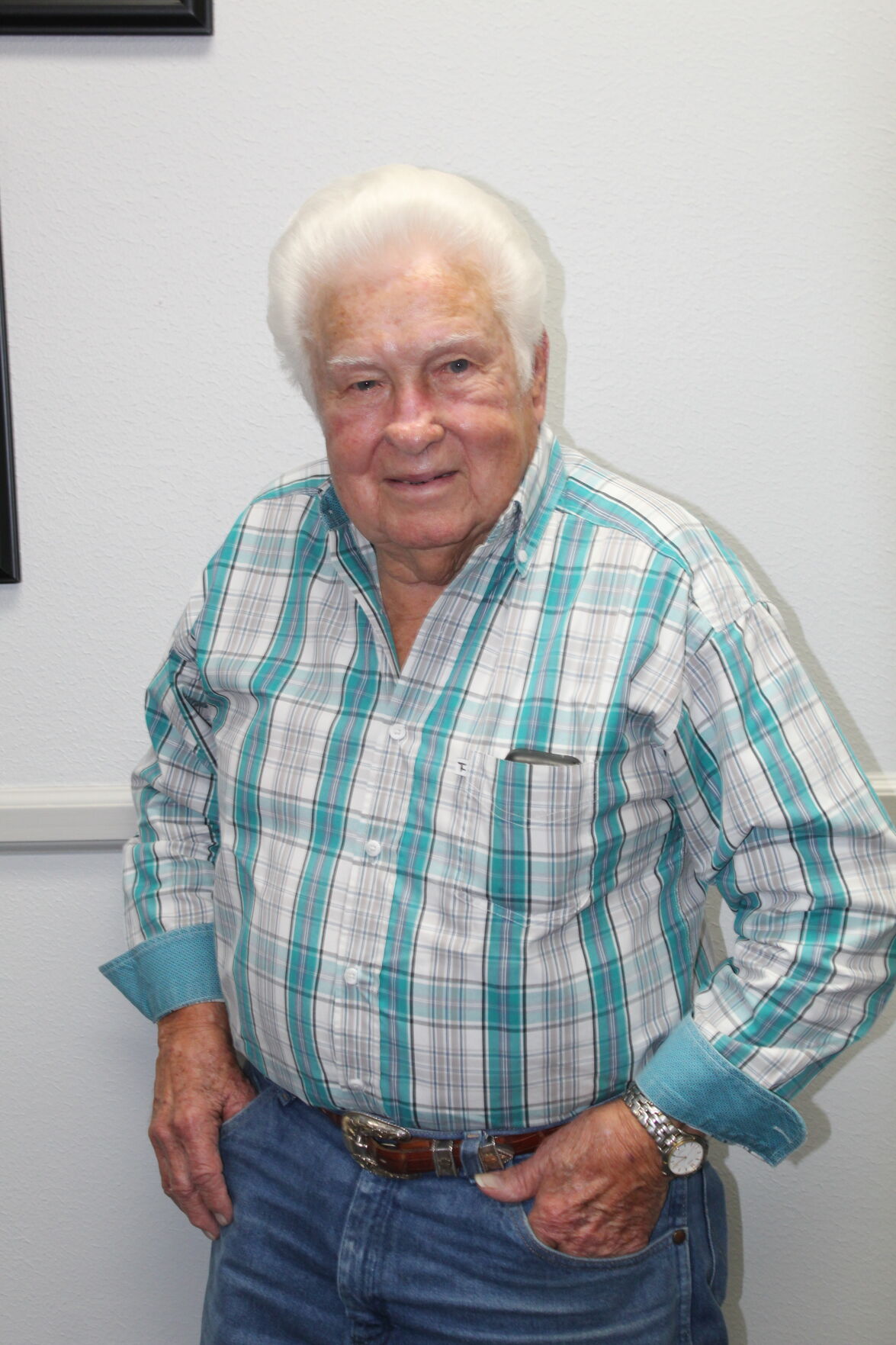 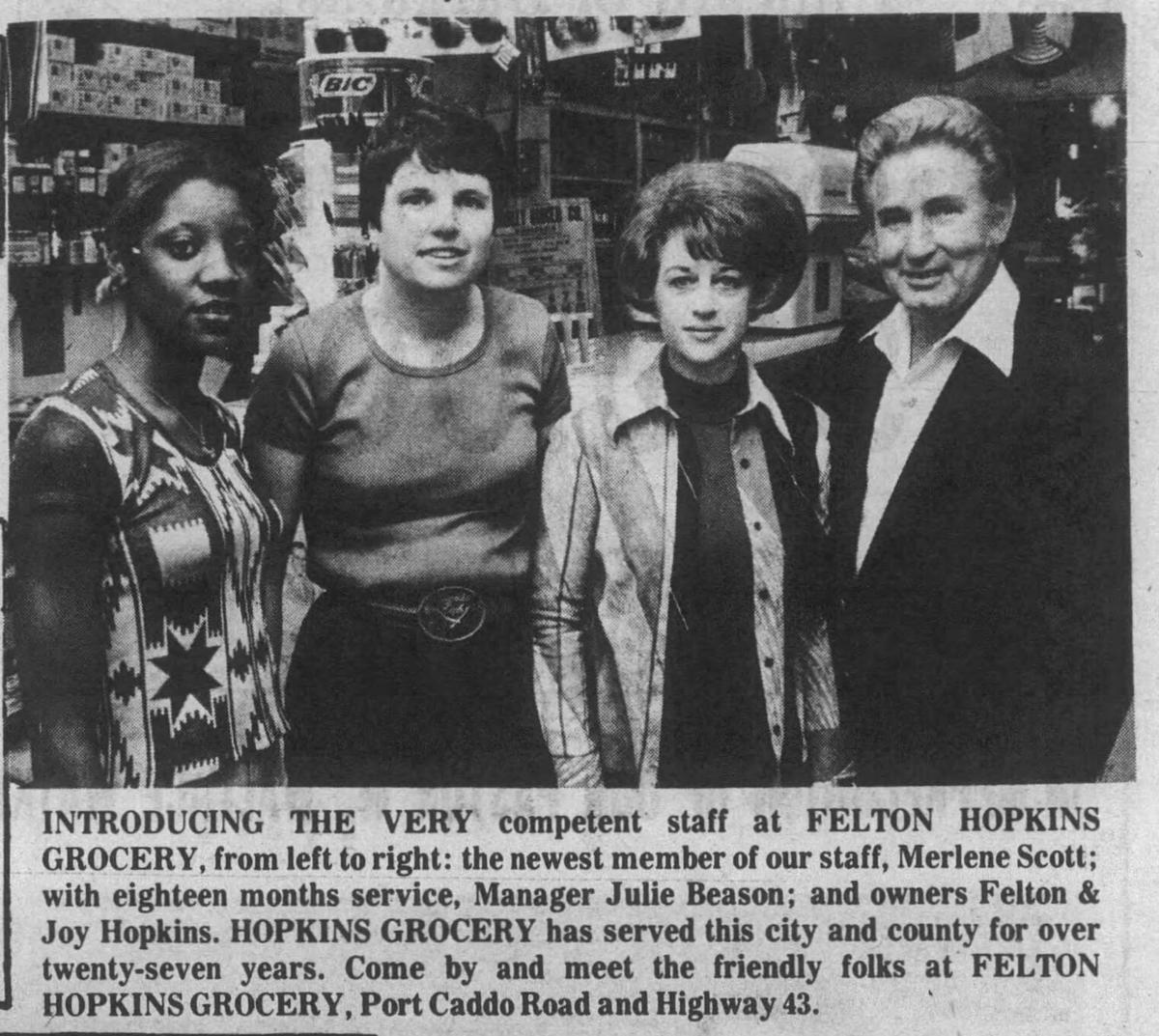 A cut out from a 1978 story that the Marshall News Messenger wrote on Hopkin’s grocery store.

An old ad from Felton Hopkins in the Nov. 9, 1984 Marshall News Messenger. 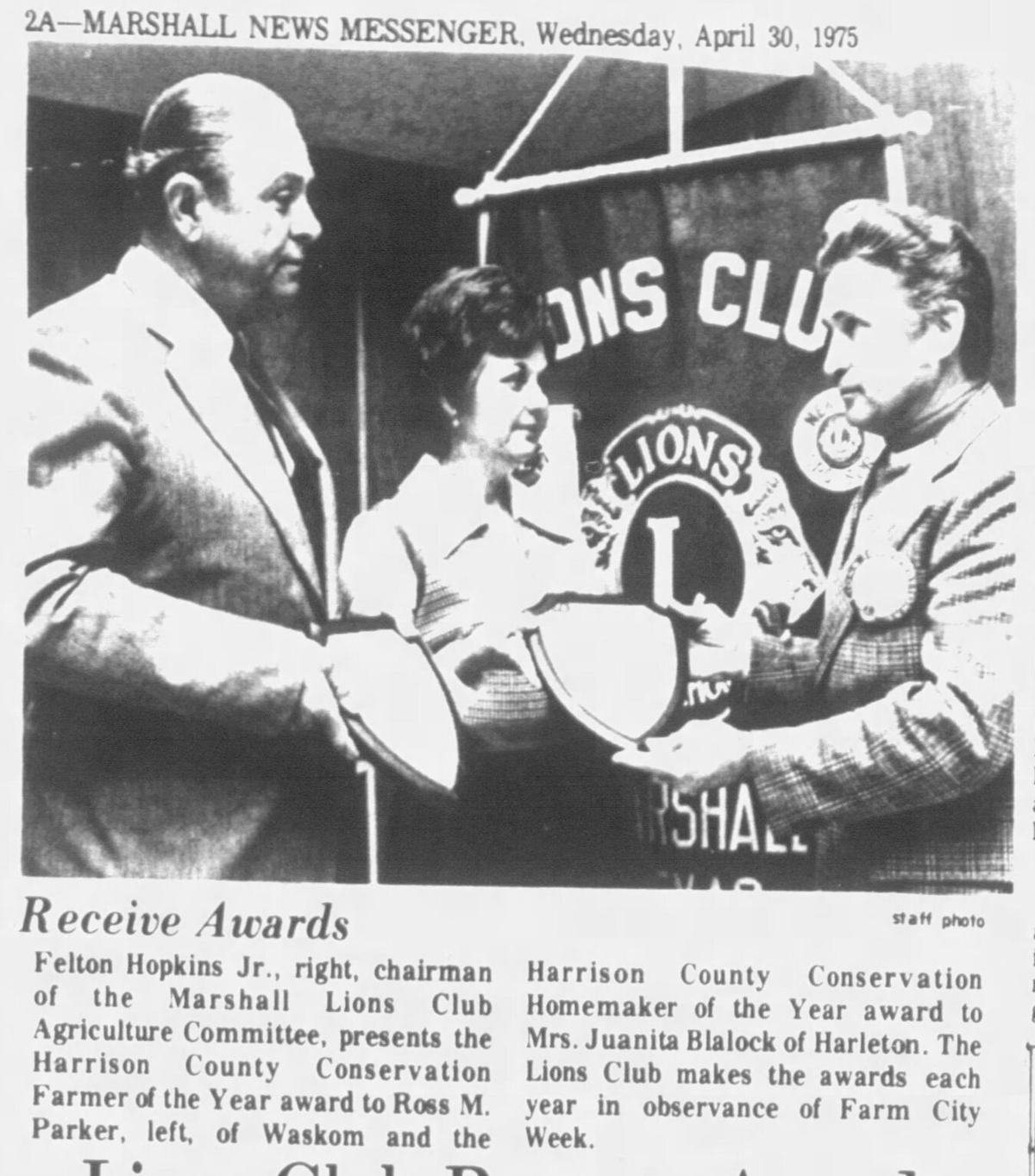 Hopkins presents an award through the Marshall Lions Club in this story from April 30, 1975.

A cut out from a 1978 story that the Marshall News Messenger wrote on Hopkin’s grocery store.

An old ad from Felton Hopkins in the Nov. 9, 1984 Marshall News Messenger.

Hopkins presents an award through the Marshall Lions Club in this story from April 30, 1975.

When Felton Hopkins started his first business in June 1953, all he had was $2,000 in borrowed money and a plan. Earlier this month, Hopkins retired at 95-years-old, celebrating a long life of business success in the Marshall community.

Hopkins said that he was 23 and working in a grocery store in Marshall when he was approached by the original owner of the grocery store located at 2800 Karnack Highway in town.

“He came up to me and he said, ‘Felton, I’m getting ready to retire from this store, and I want you to buy it’, and that was how it started,” he said.

After a first attempt to borrow the down payment of $1,000 for the store from a local bank was unsuccessful, Hopkins said he ended up approaching his uncle, Owen Hopkins, to borrow the cash.

“We went to the bank, and his hand was shaking so badly he could almost not sign the check,” Hopkins said, “And I told him, Uncle Owen don’t do this if it’s not something you want to do, but he had already decided to lend me the money.”

After successfully acquiring the $1,000 from his uncle, and utilizing the money to leverage the bank for an additional $1,000 loan, Hopkins said that he bought the storefront. Although his business would change over the years, Hopkins never left his original location.

“The grocery business, it was booming back in the day,” he said, “I paid back both of those loans in 12 months.”

From there, his grocery store grew, with his three sons, Bruin, Rusty and Tom, his daughter Linda, as well as his wife Mary all taking turns working in the store over the years.

“The success of my life is in my family, they put so much work into that place they would be mad at me if I didn’t give them the credit they deserved,” Hopkins said.

The business was so successful in fact, Hopkins said that he was able to expand the store front throughout the years. Until one day, in 1975, when Hopkins said he purchased two cars, closing the grocery store and placing a small sign outside that said “Hopkins Auto Sales.”

“I spent 46 years in the car business, and I probably sold at least 10 thousand cars,” he said.

His passion for cars, though, began long before Hopkins Auto Sales was born, it goes all the way back to when Hopkins was growing up in Marshall through the Great Depression.

“I remember I was barefoot, because I really didn’t have shoes at the time, and I was running down the road because there was the local school teacher, and he owned a Model T, that was the first time I ever saw a car,” Hopkins said, “I remember thinking, if he can have a car I can too! Then, I ended up with more cars then I knew what to do with.”

Hopkins said that he has now officially “retired” to full time work on his ranch, where he lives now with his daughter Linda.

“I didn’t want to retire! I never want to slow down, people who slow down that’s how they die,” he said.

With no plans of slowing down any time soon, Hopkins said that he plans to enjoy his time in East Texas, enjoying his home in his favorite part of the world.

“I love Marshall, and I love Harrison County, this has always been my home,” Hopkins said, “Thank you so much to Marshall, to my customers who have become my friends throughout the years, and for all of the support you have given me.”