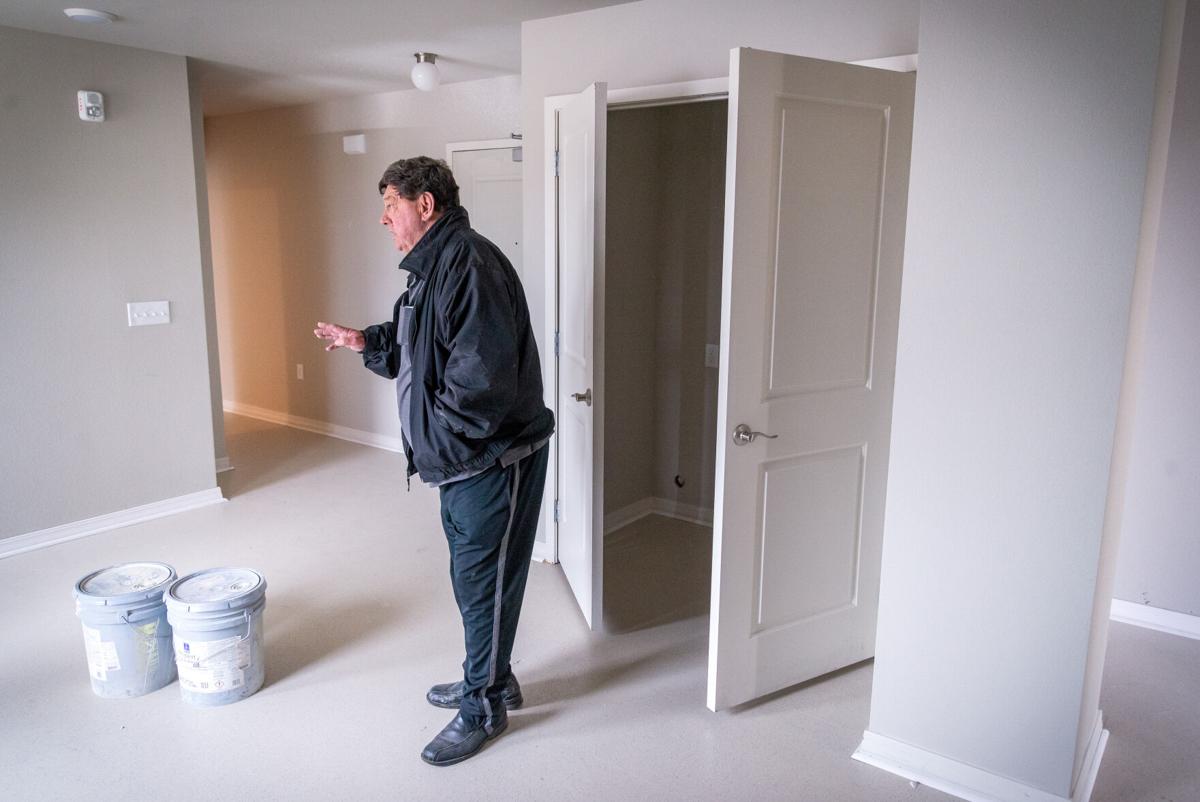 Terry Jernigan gives a tour of one of the apartments at Heritage Tower on October 28. 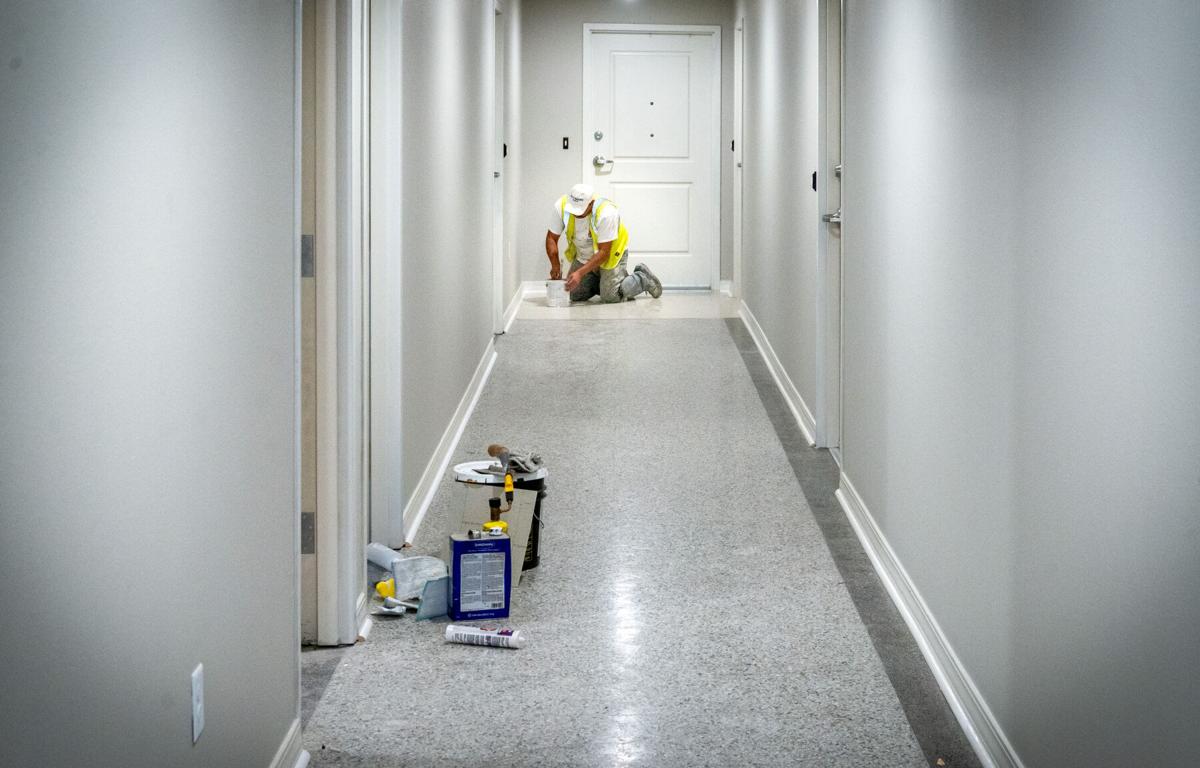 A worker touches up paint in a hallway at Heritage Tower on October 28. 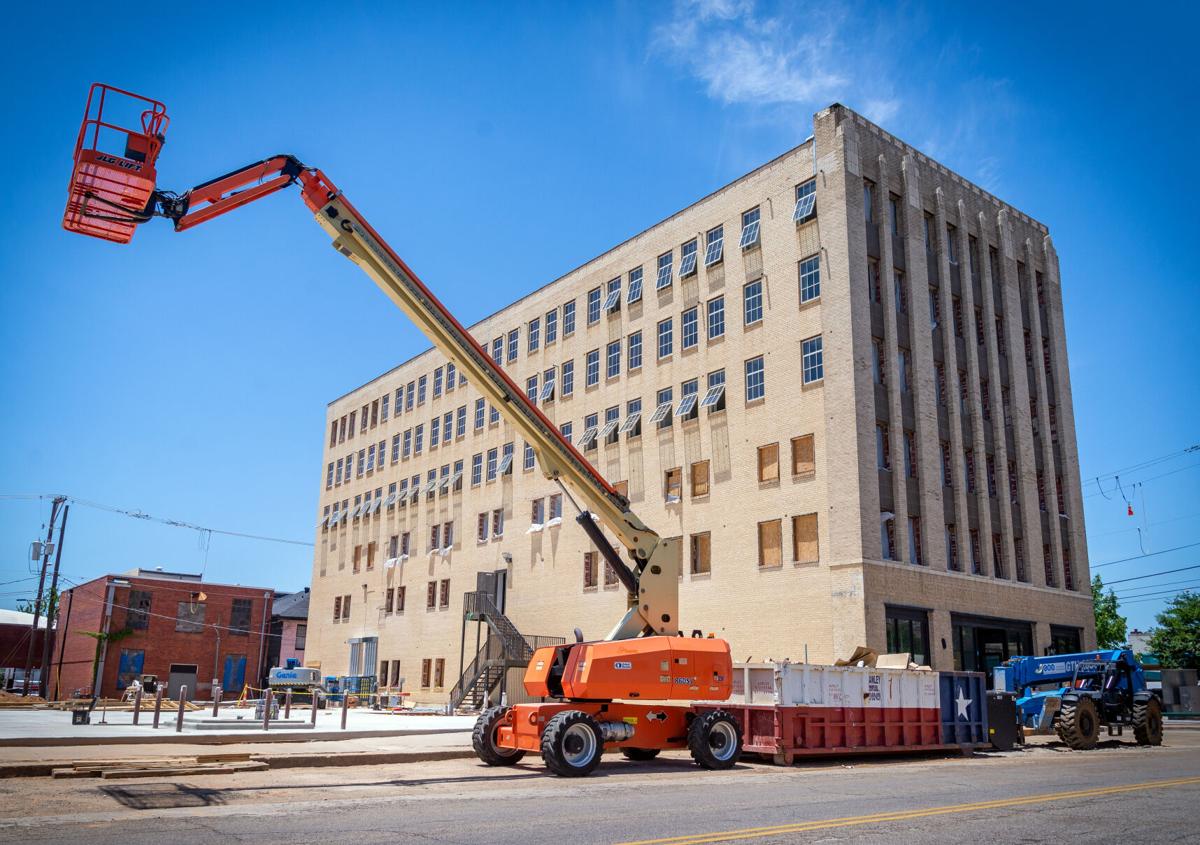 Heritage Tower is shown on June 12. 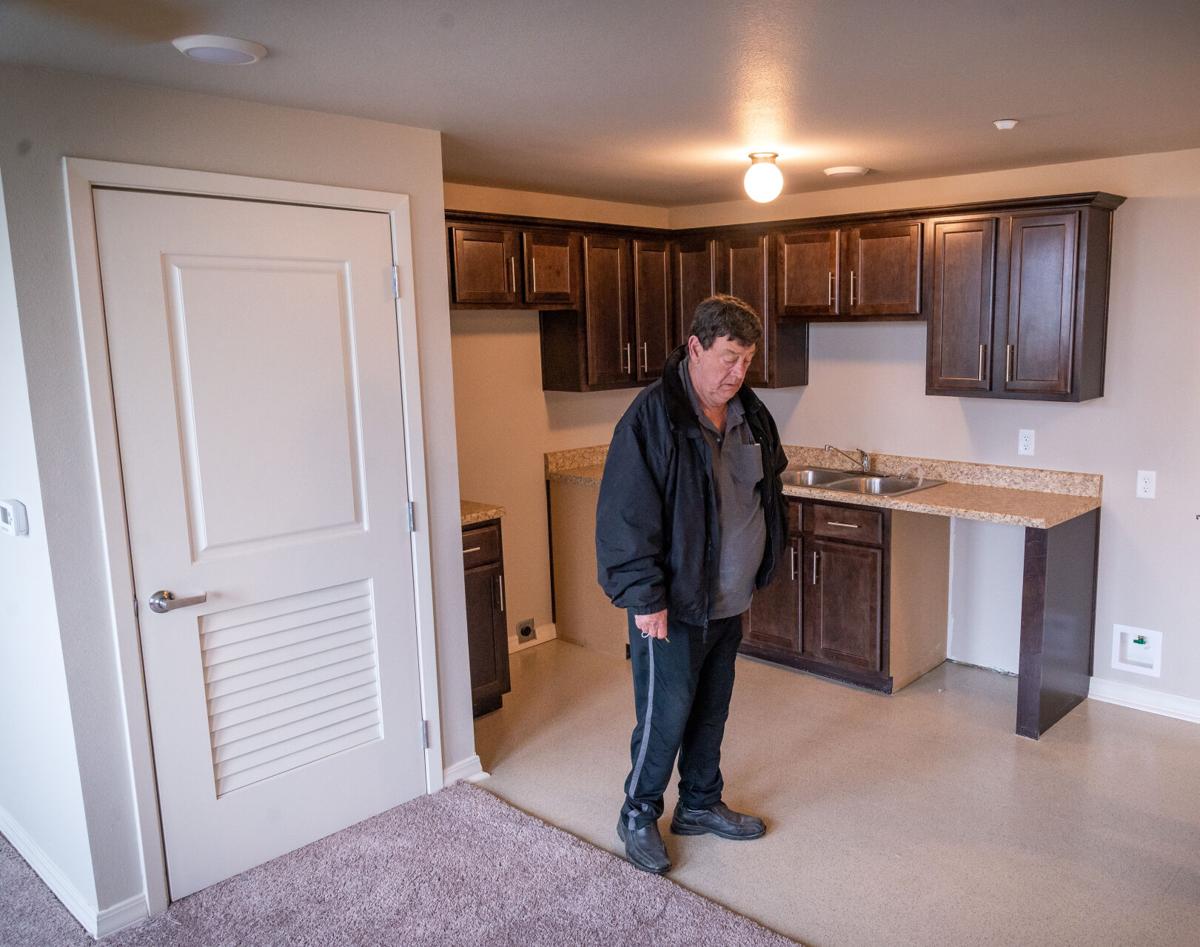 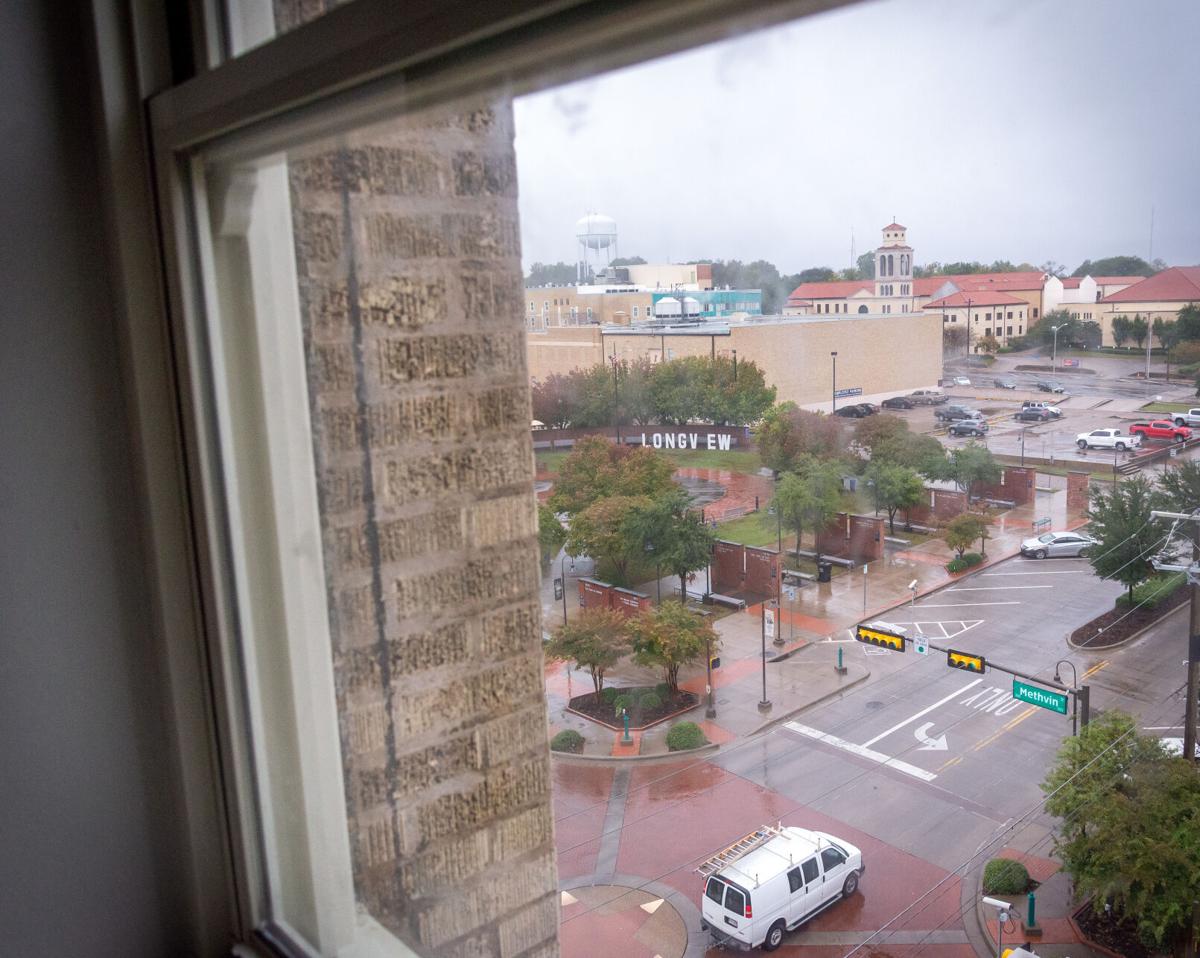 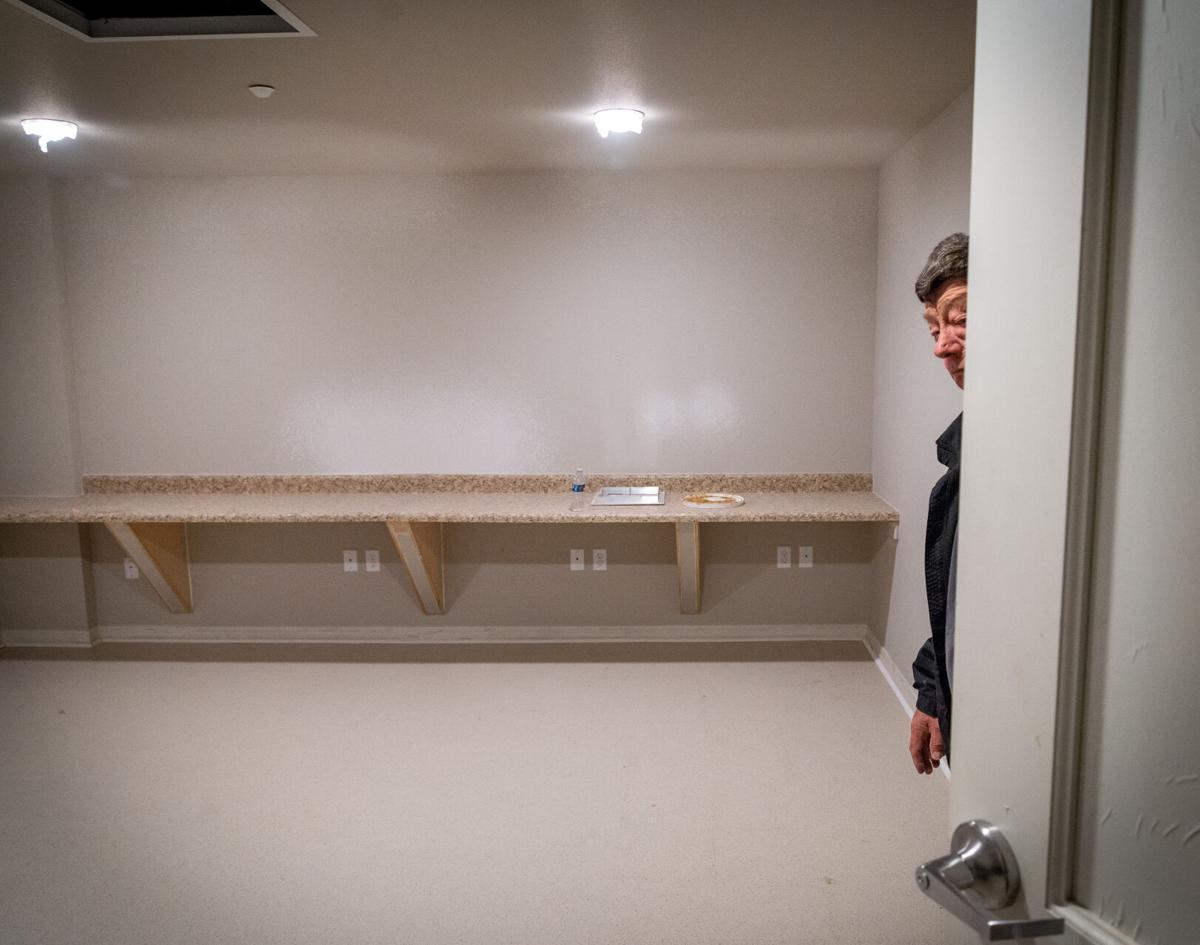 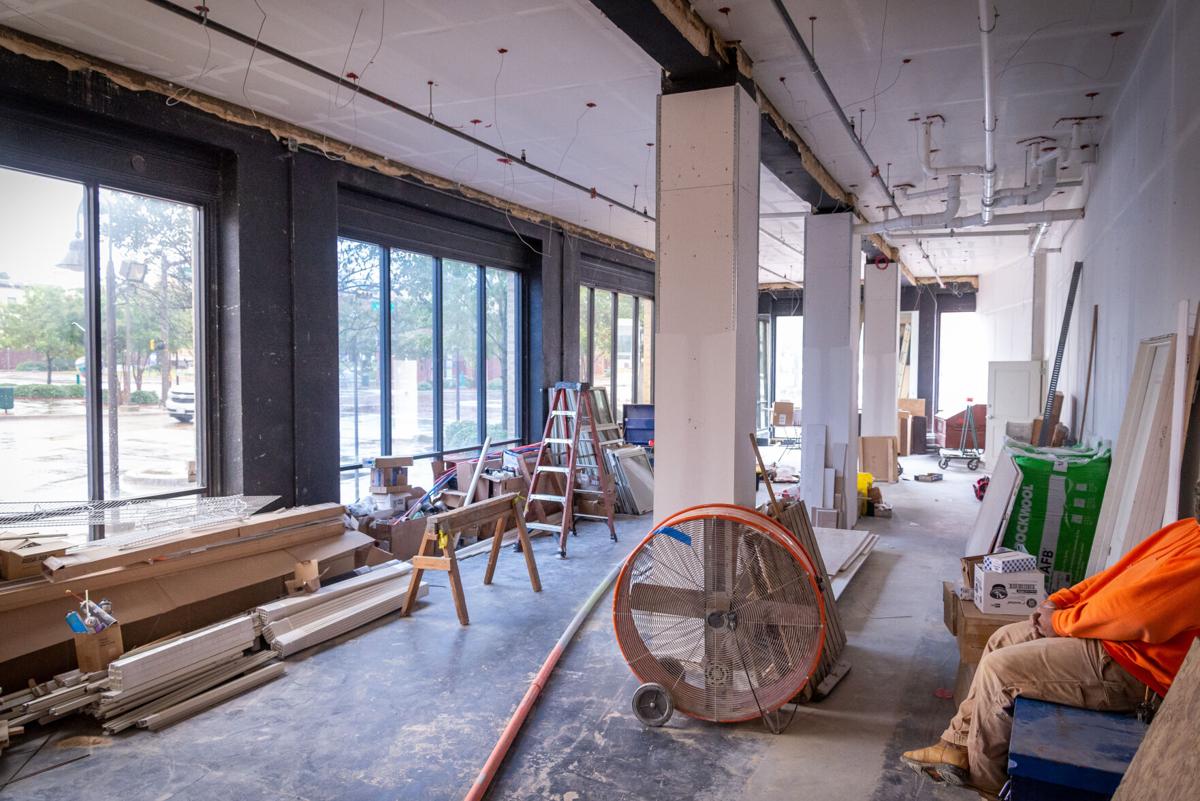 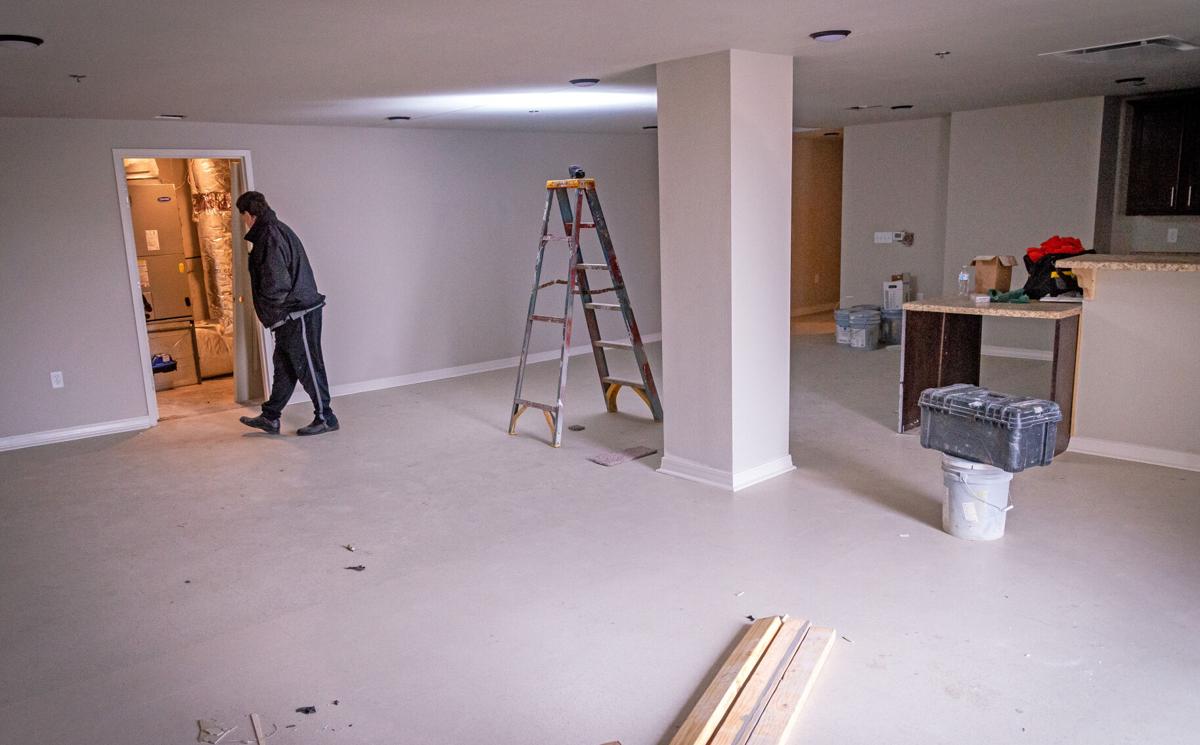 Terry Jernigan gives a tour of one of the common areas at Heritage Tower Wednesday, October 28, 2020. (Les Hassell/News-Journal Photo) 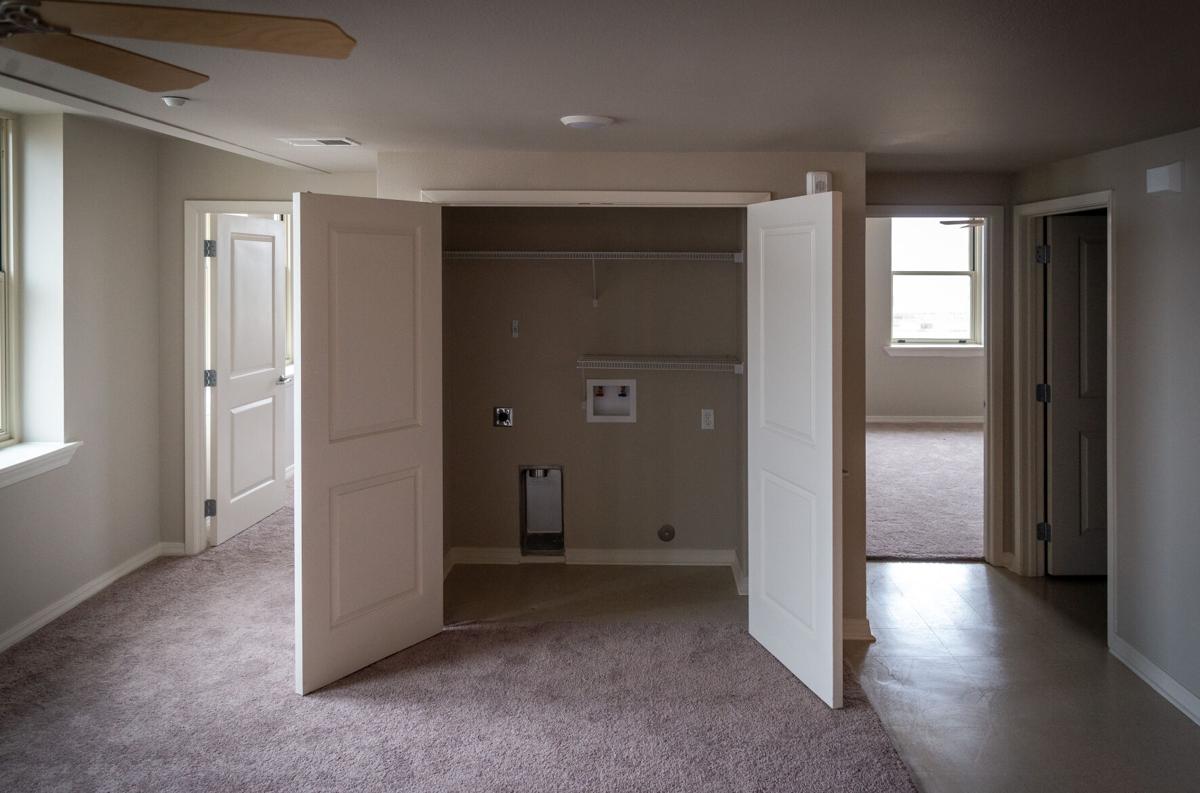 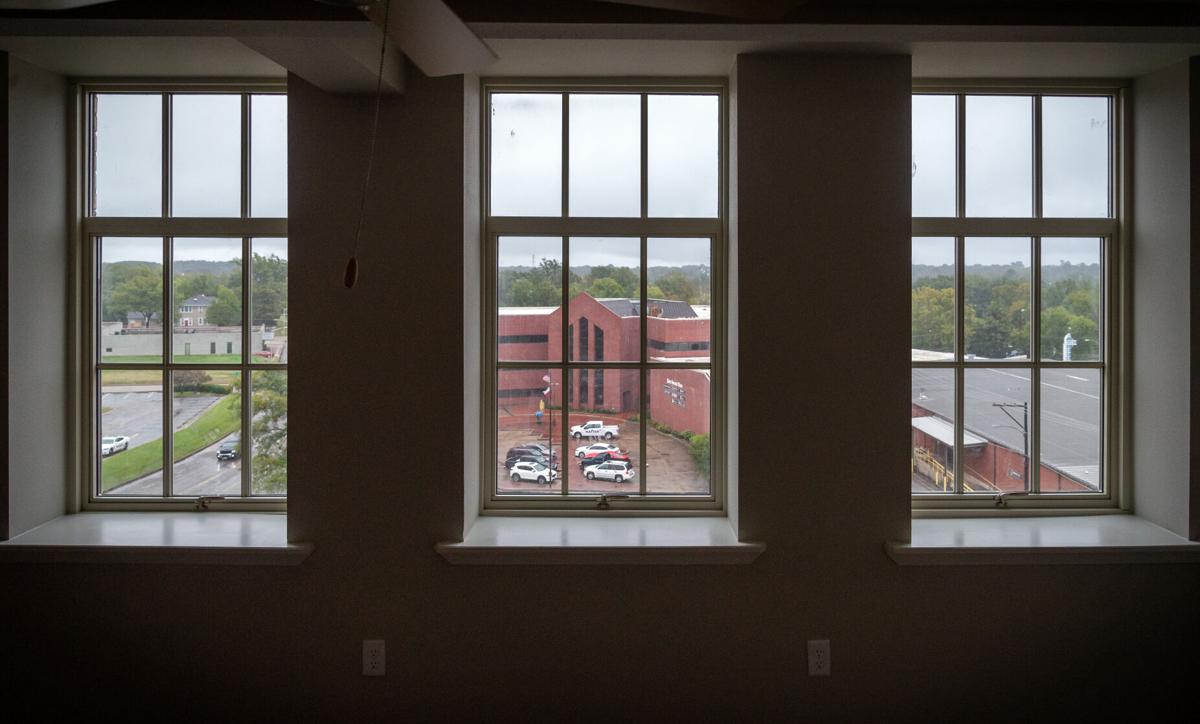 Terry Jernigan gives a tour of one of the apartments at Heritage Tower on October 28.

A worker touches up paint in a hallway at Heritage Tower on October 28.

Heritage Tower is shown on June 12.

Terry Jernigan gives a tour of one of the common areas at Heritage Tower Wednesday, October 28, 2020. (Les Hassell/News-Journal Photo)

Longview’s newest downtown living option could be ready for move-in later this month, with workers putting the finishing touches on Heritage Tower inside the historical building at 208 N. Green St.

Tina Anderson, with the management company Heritage Properties, said there has been a lot of interest in the building since the firm announced a few weeks ago it was taking applications for the complex, which will serve seniors 55 and older or people with disabilities. Income and rent restrictions apply because the former office building was converted to apartments through a federal tax credit program that makes it less expensive for builders and developers to take on these kinds of projects.

Heritage Tower is the second type of this project to be competed in downtown Longview, with the historical Petroleum Building being converted into the Alton Plaza apartment complex earlier this year. Alton Plaza has income and rent restrictions but no age restrictions.

“I think it kind of has transformed our downtown from being just a commercial core to being an actual neighborhood, an actual community,” said Longview Main Street coordinator Melida Heien of the new apartment options downtown.

That change means people are moving into downtown Longview who want to adopt a lifestyles that includes being able to walk to downtown businesses and be a part of that environment.

“It’s really great. It’s going to be nothing but good things for downtown,” Heien said, explaining that over time a different mix of businesses would likely start to develop as it has in other downtowns where there’s a combination of residences and commercial businesses. A downtown market could come in like she’s seen in other cities, or restaurants might cater more toward people who live there by offering delivery.

“Finding ways to meet the residents’ needs or offering another service or something that maybe meets the needs of the community — I’ve seen that in other places, and I’m sure we’re getting there, too,” Heien said.

Businesses might adjust their hours, too, since the city’s center would start to see more life and activity, she said.

Four Corners Development of Springfield, Missouri, took on the $5.5 million project to rehabilitate the 1935 building into a 36-unit apartment complex that integrates many of the building’s original features, such as the mail chute and some of what were office doors into the walls in hallways and some of the apartment units. Hamilton Builders oversaw construction.

“Heritage Tower, located in the city of Longview, Texas is a 36-unit rehabilitated community for seniors. As an adaptive reuse development, Heritage Tower will provide affordable one and two-bedroom units within a single six-story building with elevator service,” information on the Heritage Towers website states. “Originally constructed in 1935, the building was conceived at the start of the East Texas oil boom during the depth of the Great Depression when Longview became a center for area commerce associated with the vast nearby oil fields. Additionally, the Texas Historical Commission writes that it is a beautiful local example of Art Deco design.”

Apartment sizes range in size from a one-bedroom/one bathroom, 665-square-foot unit to a two-bedroom/one bathroom 1,059-square-foot-unit, with a number of layouts and other sizes within that range. Washers and dryers are included, along with kitchen disposals. Dedicated parking is in the rear of the building.

Four Corners also is nearing completion of another senior apartment complex in Longview, the new, 45-unit Hickory Trails. The three-story building with elevator service will consist of one- and two-bedroom units at 1805 E. Loop 281.