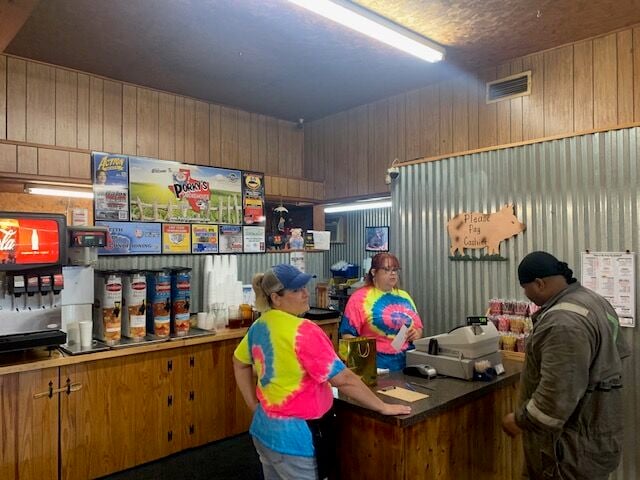 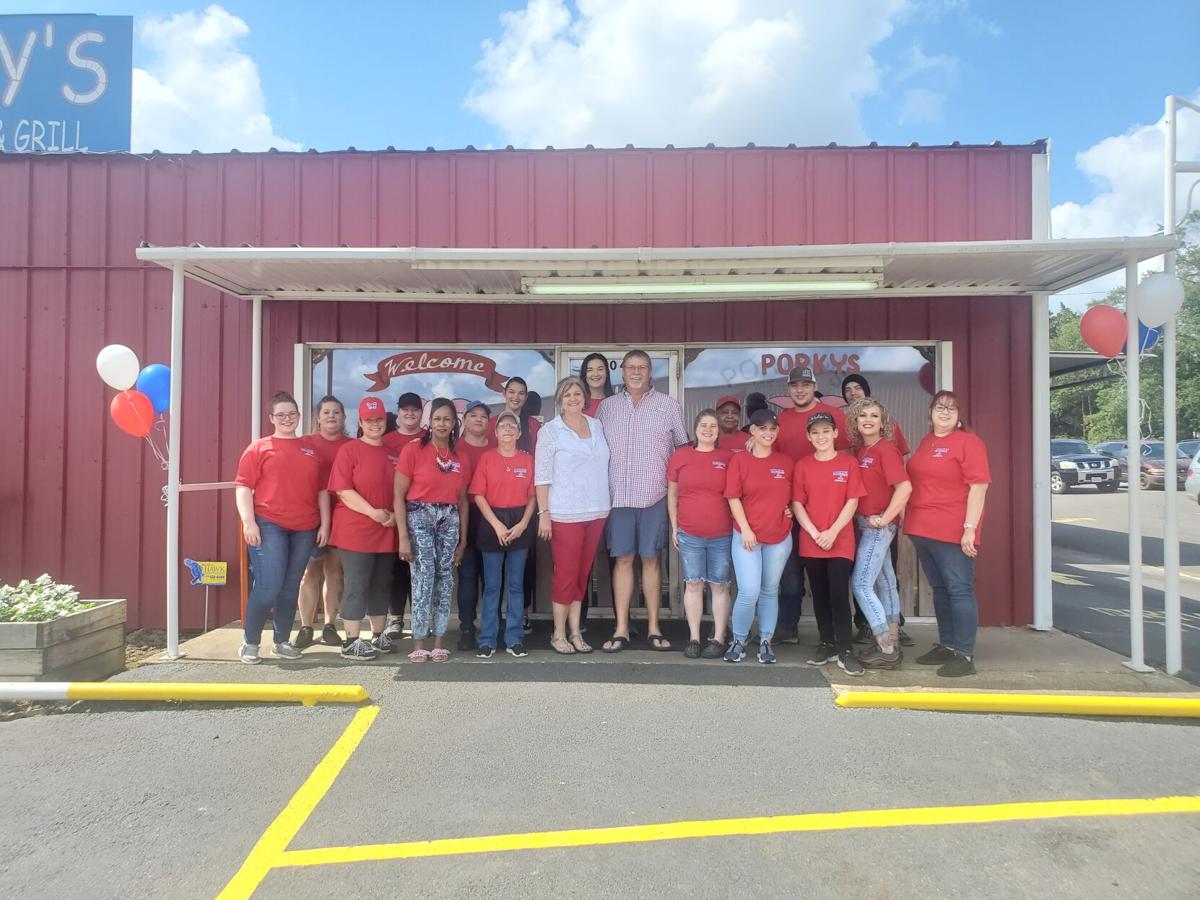 Porky’s Smokehouse and Grill owners and staff pose for a photo on July 1, the business’s 25 year anniversary. 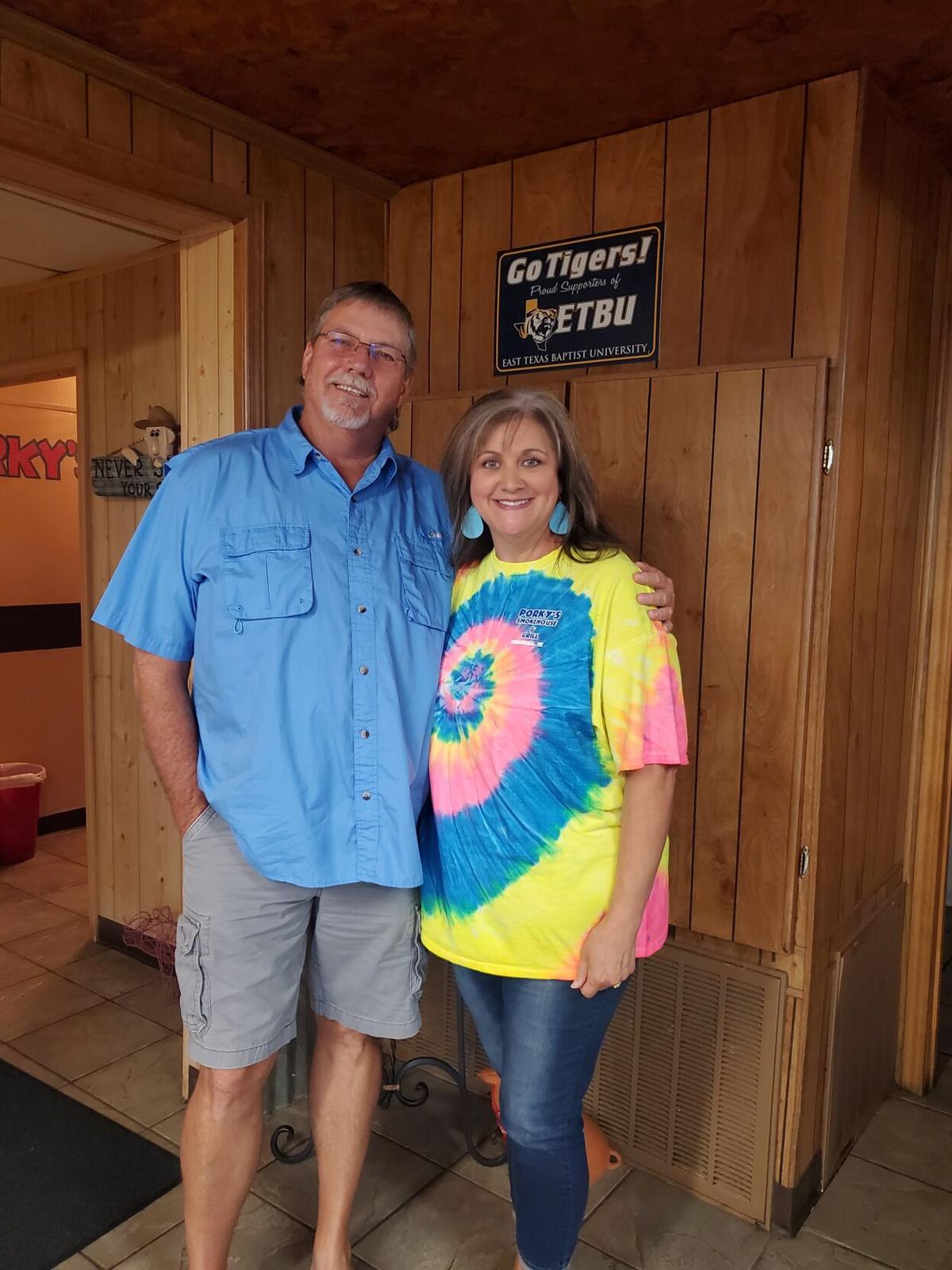 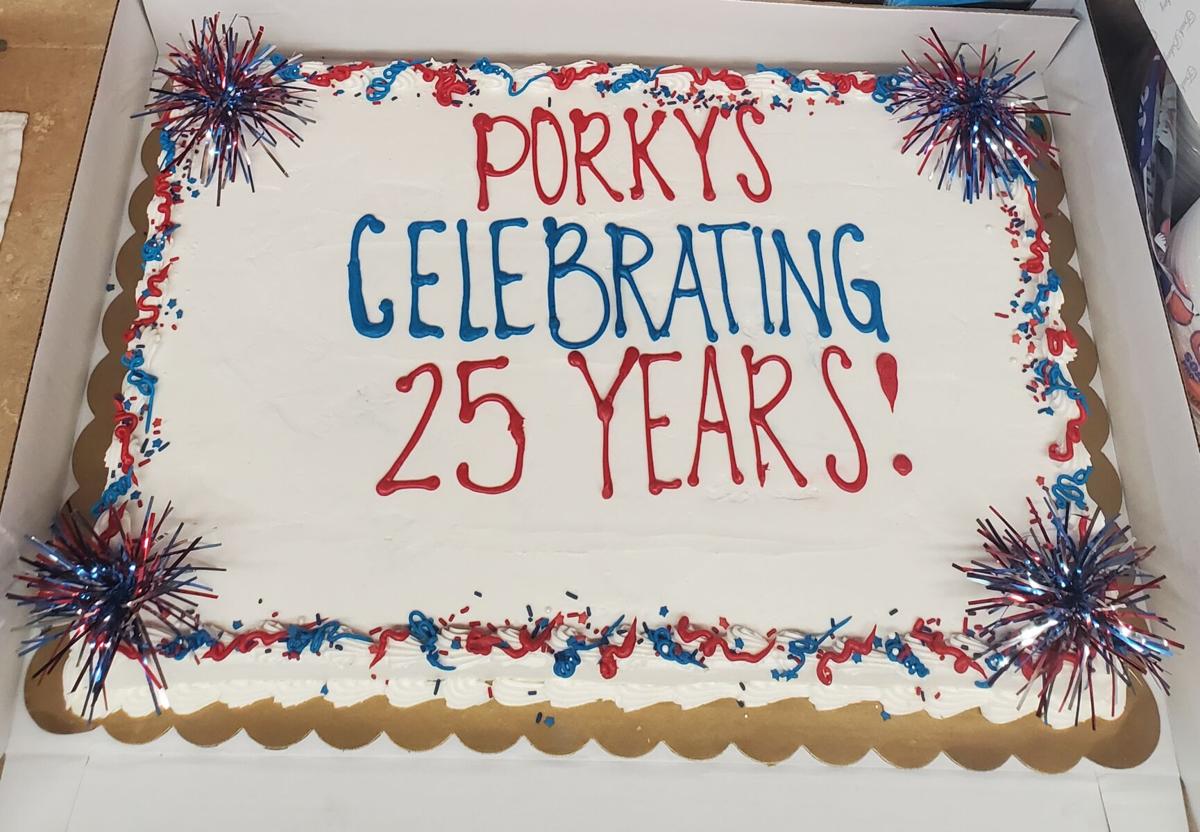 The 25 year anniversary cake given away at the business’s celebration this week. 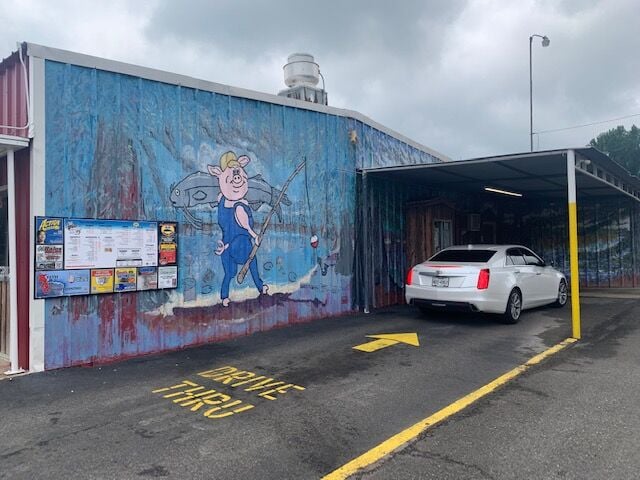 A customer drives up to the drive-thru window at Porky’s restaurant.

Porky’s Smokehouse and Grill owners and staff pose for a photo on July 1, the business’s 25 year anniversary.

The 25 year anniversary cake given away at the business’s celebration this week.

A customer drives up to the drive-thru window at Porky’s restaurant.

Owner Donna Burns said the restaurant opened up after the old Neely’s closed down at that location, purchasing the equipment and the recipe for the original brown pig from the owners.

Now renamed the Porky Pig, out of respect for the Neely’s owners, the sandwich is still served at the restaurant to this day, 25 years later.

“When we first got started, we didn’t have nearly the menu that we do now,” Burns said. “I have added so much, including our catfish that is a favorite.”

She said the catfish is so well liked it has received the distinction of Hometown Best for over 20 years.

“I have a great staff, we have a great loyal customer base, that’s really what has kept us going since 1996,” Burns said.

For the 25th anniversary celebration this week, Burns said the restaurant celebrated with its traditional cake giveaway, as well as discounted prices on a number of menu items including some new dishes.

The celebration will continue through the weekend, with Burns keeping the anniversary sale going through Sunday.

“We were so happy with all of the people who came out to support us on Thursday,” she said. “It was funny, even the day before our anniversary we were jam packed with people. I guess they wanted to come before we got really busy on July 1, but we were just as busy then.”

Currently, Burns runs the restaurant with her husband Matt, who has recently retired from the Texas Department of Transportation, and now works there with her full time.

Additionally, the Burns’ are joined by dedicated staff, many of whom have been with the restaurant for over a decade. Burns said their head cook, Carolyn Marshall, has been with the business for 16 years.

Additionally, Burns recognized manager Michelle Simmons and waitress Candis Crenshaw, who have both been with the restaurant for over a decade.

“We are just blessed with the staff that we have,” she said.

During the COVID-19 pandemic, Burns said the restaurant had to shut down its inside business, exclusively operating through the drive-thru window.

Burns said the community was so supportive through the shutdown the restaurant was able to open back up at the end of 2020, and has been operating full time since then.

When coming back from closing indoors for almost a year, Burns said the restaurant decided to update its business hours. These new hours are reflected on its social media, which community members can find at https://www.facebook.com/Porkys-Smokehouse-Grill-177645648957094.

Additionally, Burns said all of the orders at Porky’s are made to order, with food coming out fresh and hot whether community members decide to dine in or carry out through the drive-thru.

For this reason, the restaurant encouraged community members to avoid calling in orders ahead of time, unless the order is for a large group.

“We want people to know that we are not fast food, we make it hot and we make it fresh for you,” Burns said. “You won’t get that if you order 20 minutes ahead.”