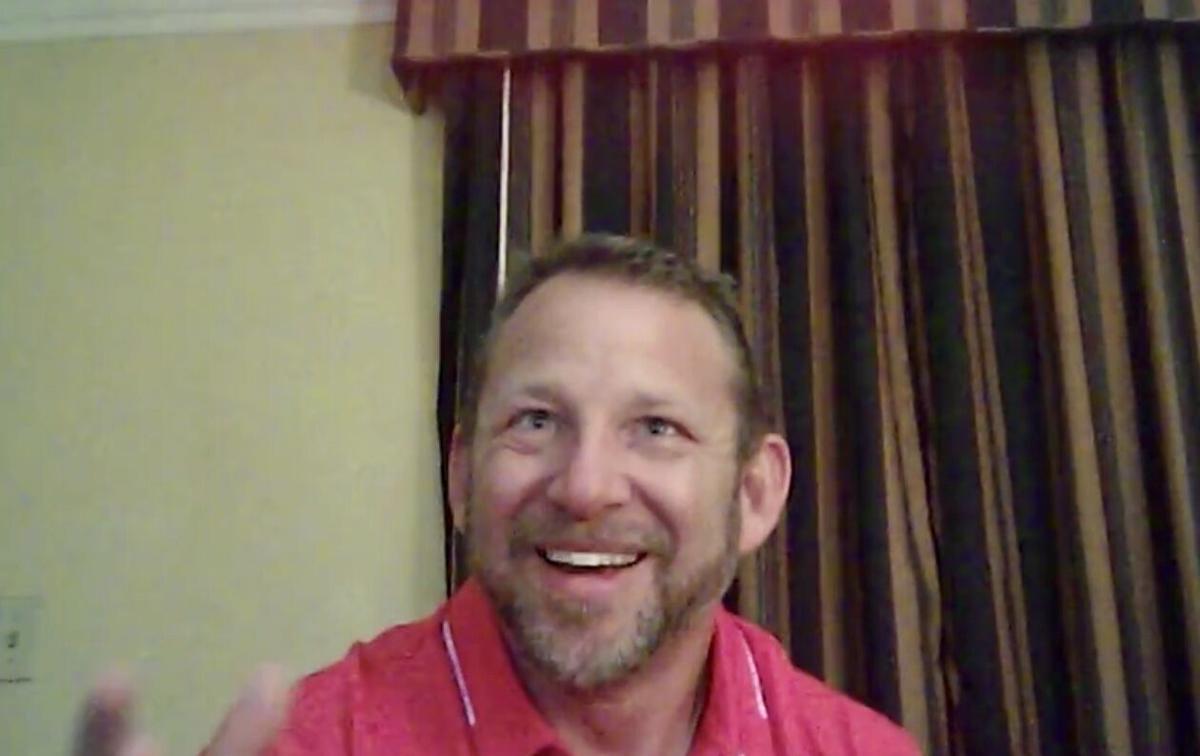 Marshall Dr. Shaun Kelehan is seen in a secretly recorded video where he admits to having sexual encounters with a patient that he had recently given drugs to outside of a doctor's office setting. 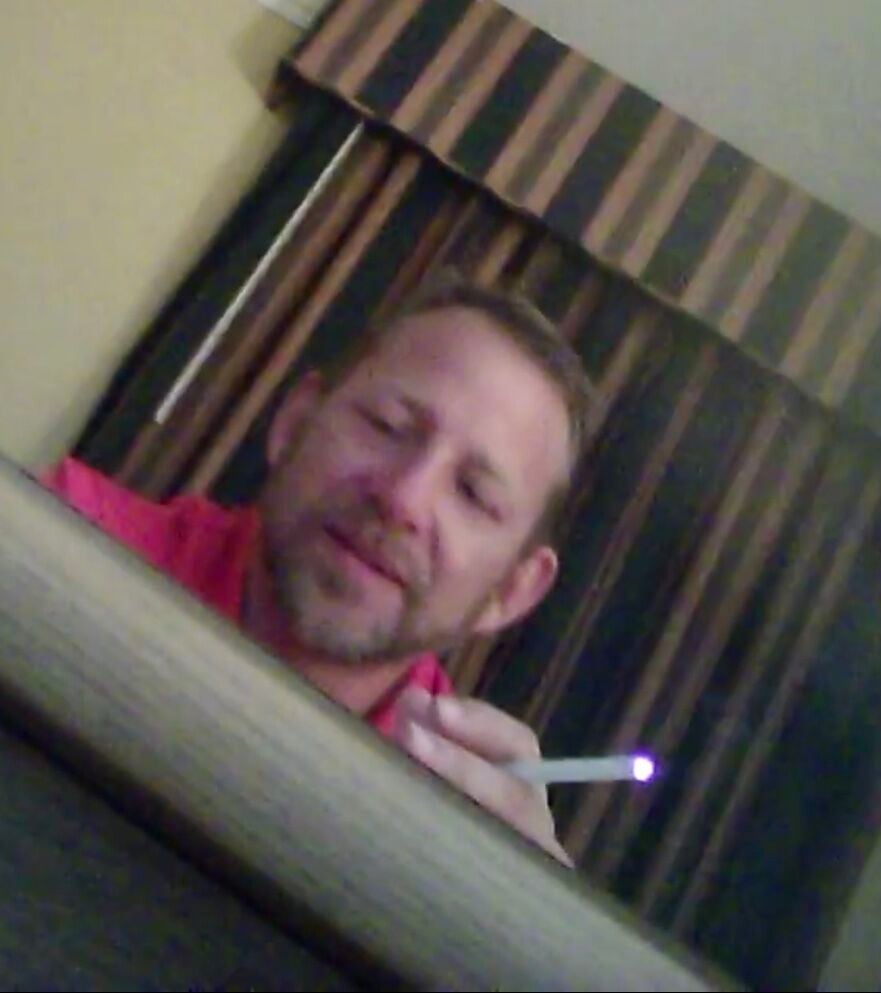 Marshall Dr. Shaun Kelehan is seen in a secretly-recorded video where he admits to having sexual encounters with a patient that he had recently given drugs to outside of a doctor’s office setting.

Marshall Dr. Shaun Kelehan is seen in a secretly recorded video where he admits to having sexual encounters with a patient that he had recently given drugs to outside of a doctor's office setting.

Marshall Dr. Shaun Kelehan is seen in a secretly-recorded video where he admits to having sexual encounters with a patient that he had recently given drugs to outside of a doctor’s office setting.

A Marshall doctor can be heard admitting to “making love all night long” with a patient he had recently treated with “tranquilizers” in secret audio and video recordings made by the alleged victim.

That doctor, Shaun Kelehan, was reprimanded Thursday by the Texas Medical Board and is now barred from treating any male patients and is not to prescribe medication or treat any patient outside of in-person encounters within his clinics. Kelehan is also barred from practicing telemedicine or refilling prescriptions by phone.

Kelehan on Friday denied all allegations against him through a statement posted on his medical practice’s social media page.

“The board panel found that based on evidence, Dr. Kelehan engaged in nonconsensual sexual encounters with a patient and administered medications to the patient during these encounters,” a statement from the disciplinary board read. “On the date of the alleged sexual assault, there is no record of the treatment provided to the patient.”

The temporary restriction will remain effective until the board takes further action.

The Texas Medical Board held a virtual hearing Wednesday involving Kelehan and his alleged victim Trey Wood of Austin. Wood, a self-admitted former drug addict and alcoholic who lived in Marshall at the time of the incident, was a patient of Kelehan’s since the early 2000s.

Wood alleged that while being treated by Kelehan for anxiety and depression as a result of his drug and alcohol abuse, Kelehan gave him medications that would incapacitate him and make him more inebriated — and then Kelehan would perform sexual acts on and with him.

Wood also said Kelehan gave him many narcotics, opiates and benzodiazepines that were returned medications of his patients, that he kept in a large bag inside his closet at home.

Wood reported the incidents of alleged sexual assault to Marshall police, who instructed him to “pretend to be curious” and get Kelehan to admit to the behavior on a recording. The recordings, along with other evidence, were presented to a Harrison County grand jury in 2017 but the grand jury no billed the case, former prosecutor Rick Hulburt said Friday.

Following a successful stint in rehab and Alcoholics Anonymous a couple of years ago, Wood was told by his AA sponsor to confront issues in his past and let them go for good.

In the recordings, which are comprised of both audio and video recordings, Kelehan can be seen and heard admitting to giving Wood drugs like seroquel and klonopin, despite knowing Wood had a problem with opiates and benzodiazepines. Kelehan can also be heard admitting that Wood was “out of his mind,” and that more than one sexual encounter occurred while Wood was under Kelehan’s care.

In one of the recordings, Wood is confronting Kelehan about what happened during a March 2017 incident that Wood said he remembered “bits and pieces of.”

“Do you know that’s not the first time,” Kelehan replied to Wood. “You said you’d never had my (semen) in your mouth but that was the second time. We made love all night long, Trey.”

“What was I on?” Wood asked. “Whatever the shot was that you gave me, I wish you hadn’t given me that because it knocked me the f**k out. I remember being in a haze for like two days. I felt like I was in slow motion.”

“Well I had you on seroquel, no it was librium,” Kelehan said. “You were moving in slow motion. That’s what they’re supposed to do, they’re like tranquilizers.”

“You gave me the best b*** j** I’d ever had in my life that night,” Kelehan said. “My God, we hugged and slept together all night long... Not that I’m desperate, but I yearned for your touch. But I’ll never ever, never put you in that position again.”

“I don’t like it that way,” Wood said. “I was mad at you for taking advantage of me.”

In another recording, Kelehan admits to a sexual encounter at a hotel where Wood was staying while he was estranged from his then girlfriend.

“You remember being at the hotel... it was... an intimate thing, it was just, I don’t know,” Kelehan said.

“I distinctly remember being stuck on the couch at the cabin and you being behind me massaging my shoulders then you were in front of me,” Wood said.

“It better not have been (Kelehan’s business partner),” Wood said.

“I feel weird about it all,” Wood said. “I know I wouldn’t have liked it or wanted it that way. I just feel strange. I just don’t want to feel dirty like that again.”

“Nothing like that will ever happen between us again,” Kelehan said. “You just know how I feel about you and I’m enamored by you. I just have got to get over that.”

“I was in no condition to do what we did,” Wood said.

“No, it wasn’t mutual at all,” Wood agreed. “I was out of it. It wasn’t consensual, and it makes me sick. I felt taken advantage of. I felt weird about it.”

Wood then apologizes for telling Kelehan’s business partner who was watching over him at the time about what Kelehan did to him.

“I shouldn’t have said anything to (Kelehan’s business partner) but I was on medication and I didn’t like it,” Wood said.

In the statement, Kelehan said he has been a licensed physician for 20 years and has practiced in Marshall for the past 17 years and he is speaking out in an effort to protect his staff and family from “heartache” brought on by the allegations of Wood.

“There is much misinformation already on Facebook about this,” Kelehan wrote. “I will take the high road and not detail my side of the story because I do not want to reveal information regarding (Wood) that is not already publicly available. Everything that happened that led to the Texas Medical Board decision on (Wednesday) occurred prior to April 2017. In April 2017, I passed a lie detector test 100 percent to clear my name. A grand jury looked into the allegations made by (Wood) to the police against me and determined that no charges should be brought against me. That was in July 2017. Prior to the grand jury making its final decision, (Wood) demanded a large sum of money from me in exchange for him dropping his allegations. Since his allegations were 100 percent false, I refused his attempt at extortion.”

Kelehan went on to write that the Texas Medical Board heard testimony from Dr. Michael Arambula, an expert witness in forensic psychiatry and sex addictions.

“He is also the ex-Medical Board president. He spent five hours with me earlier this week before the hearing interviewing me and another five hours hearing the audio tapes and seeing the evidence,” Kelehan wrote. “He told the panel that he felt after thorough review of the record and my examination that I had not done any of the things (Wood) said I had done, and in fact that it was ‘highly unlikely’ for me to ever do anything like that in the future.”

Despite that testimony, Kelehan said the medical board ruled as it did and he said he disagrees with their ruling.

“I disagree with the board’s decision. However, the board believed in me enough to allow me to continue to see female patients, and I have brought in another physician to see my male patients while I am temporarily unable to see male patients,” Kelehan wrote. “My clinic remains open for business and I look forward to my clinic continuing care for you as we have since 2003.”

Wood denied the allegations of attempted extortion made by Kelehan. Wood also said the medical board is only allowing Kelehan to temporarily continue seeing female patients because Kelehan’s attorney told the medical board that if the community lost him as a doctor it would “leave a gaping hole” in the community’s medical care. Wood said he believes the board will reconvene with a new disciplinary decision once it conducts research to see the medical impact on the Marshall community.

The News Messenger has filed Freedom of Information requests with the Marshall Police Department and Texas Medical Board in an effort to receive the details of the felony sexual assault case that was sent to a Harrison County Grand Jury in 2017 and to receive all testimonies given during Wednesday’s hearing of the Texas Medical Board.