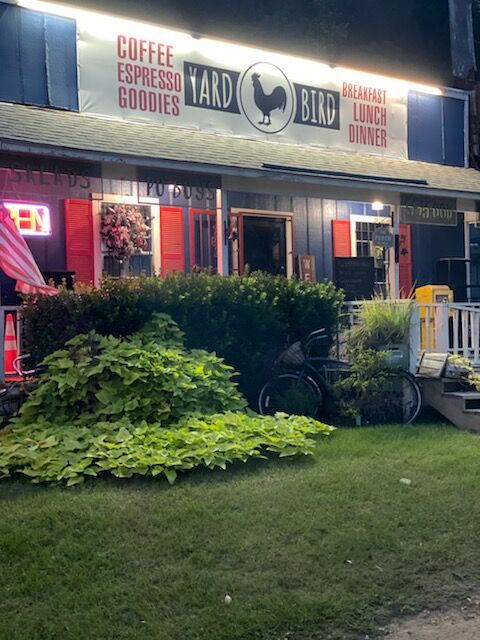 Lights illuminate the front of Yard Bird Southern Table and Market in Waskom. 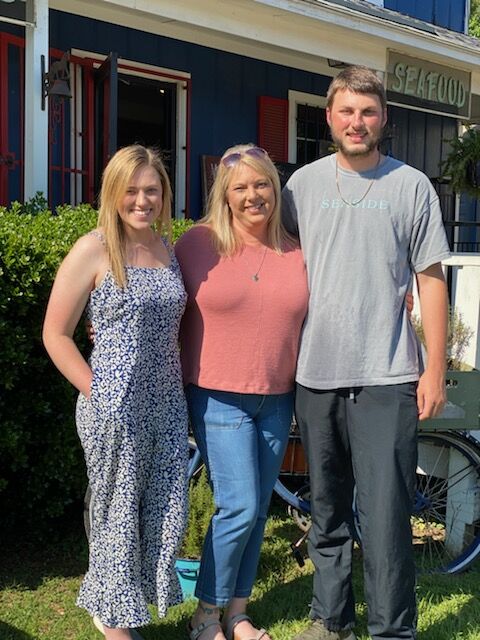 Amelia Rabalais and her children pose in front of their restaurant Yard Bird Southern Table and Market in Waskom. Rabalais quit her former job as a CPA to start the restaurant, with her children later joining the effort.

Lights illuminate the front of Yard Bird Southern Table and Market in Waskom.

Amelia Rabalais and her children pose in front of their restaurant Yard Bird Southern Table and Market in Waskom. Rabalais quit her former job as a CPA to start the restaurant, with her children later joining the effort.

One of the great conundrums faced by road trippers, commuters and truck drivers alike is deciding where to stop for a meal along the interstate.

For many drivers passing through Waskom, the Yard Bird Southern Table and Market is their go-to restaurant on Interstate 20. After more than three years of serving up cajun food to truckers passing through, the restaurant is finally ready for a “grand opening” ceremony and ribbon cutting with the Waskom Chamber of Commerce on Nov. 30 at 11 a.m.

Yard Bird owner and manager Amelia Rabalais intends to serve up gumbo while her son sells crawfish for the special occasion. The restaurant’s popular food is partially to blame for such a late ribbon cutting, as business has kept Rabalais too busy to plan an event before now.

“I worked for a truckstop and saw what kind of food the truckers were eating,” Rabalais said. “I was bound and determined to open something for the truckers to get better food. So that’s literally why we opened it.”

Yard Bird visitors can enjoy entrees with more flair than a typical truck stop sandwich, like shimp and gator po’boys, chicken and waffles, ribeye steaks, an array of coffee drinks and even keto desserts — all prepared in-house and fresh from the Yard Bird kitchen.

Rabaias’ Louisiana-inspired menu has gathered a devoted following among hometown folks and wayward truckers alike, the owner said. The restaurant has seen visitors from all over the states, and even from other countries as well.

“We’re doing great,” Rabalais said. “We’ve got our truck drivers that come here — they know to stop here. Once they cross that line from Mississippi to Louisiana, they don’t stop until they get here… We even have truckers that park on the other side of the [interstate] and walk over.”

Although business is booming for Rabalais now, getting the Yard Bird off the ground took hard work and a little bit of faith from the owner and her family, but she had experience in the business after owning a restaurant with her father in Louisiana.

“When I got here, [the building] had been vacant for 18 years, and the roof had collapsed,” Rabalais said. “It was horrible there, everything was rotten. I just quit my job the next day and bought it. My kids thought I was crazy.”

The kids eventually signed on to Rabalais’ mission and left their jobs to contribute. Family plays an important role in the business now, in both the staffing and the menu choices.

For instance, the Yard Bird’s roast beef po’boy is an interpretation of a family-favorite recipe from Rabalais’ mother, as are many of the cajun dishes on the menu. Visitors from Waskom and beyond are getting a taste of Rabalais’ family home in New Orleans that they can take with them on the road.

A full version of the restaurant's website can be found at: https://www.restaurantji.com/tx/waskom/yard-bird-southern-table-and-market-/

The cajun food mainstays are popular, but Rabalais plans to introduce new flavors and regions to the Yard Bird menu in the future.

“I’m thinking about maybe making a few cuisines from Haiti,” Rabalais said. “I’ve been testing them out, and I think that people are going to enjoy it, just like when we added the Cubano sandwich last year, and that’s been a big hit… [Haitian food] is really similar to what we make, but just with a different seasoning background.”

Rabalais’ restaurant continues to evolve while it caters to an on-the-move clientele facing a pandemic that has strained supply chains and kept them on the road. The truckers and traveling workers that frequent her restaurant have impacted not only Yard Bird’s menu, but also its workers as well.

Rabalais recalls taking special orders from truckers who wanted specific dishes made for when they arrive, or watching truckers leave with multiple days worth of meals to eat on-the-go. The owner said to-go orders make up a large portion of the Yard Bird’s output.

“Just talking to these people from all walks of life and to know what they’ve gone through with the shortages or what they went through for us to carry supplies and stuff during COVID… imagine living like that for months,” Rabalais said. “They couldn’t take showers. They couldn’t use the bathroom at some facilities. That’s what they did so they could put the stuff on the shelves for us.”

I am a lifelong East Texas resident with a passion for reporting local news. I recently graduated of the University of North Texas with a degree in journalism. In my spare time, I love to read, play drums and brew the best coffee I possibly can.