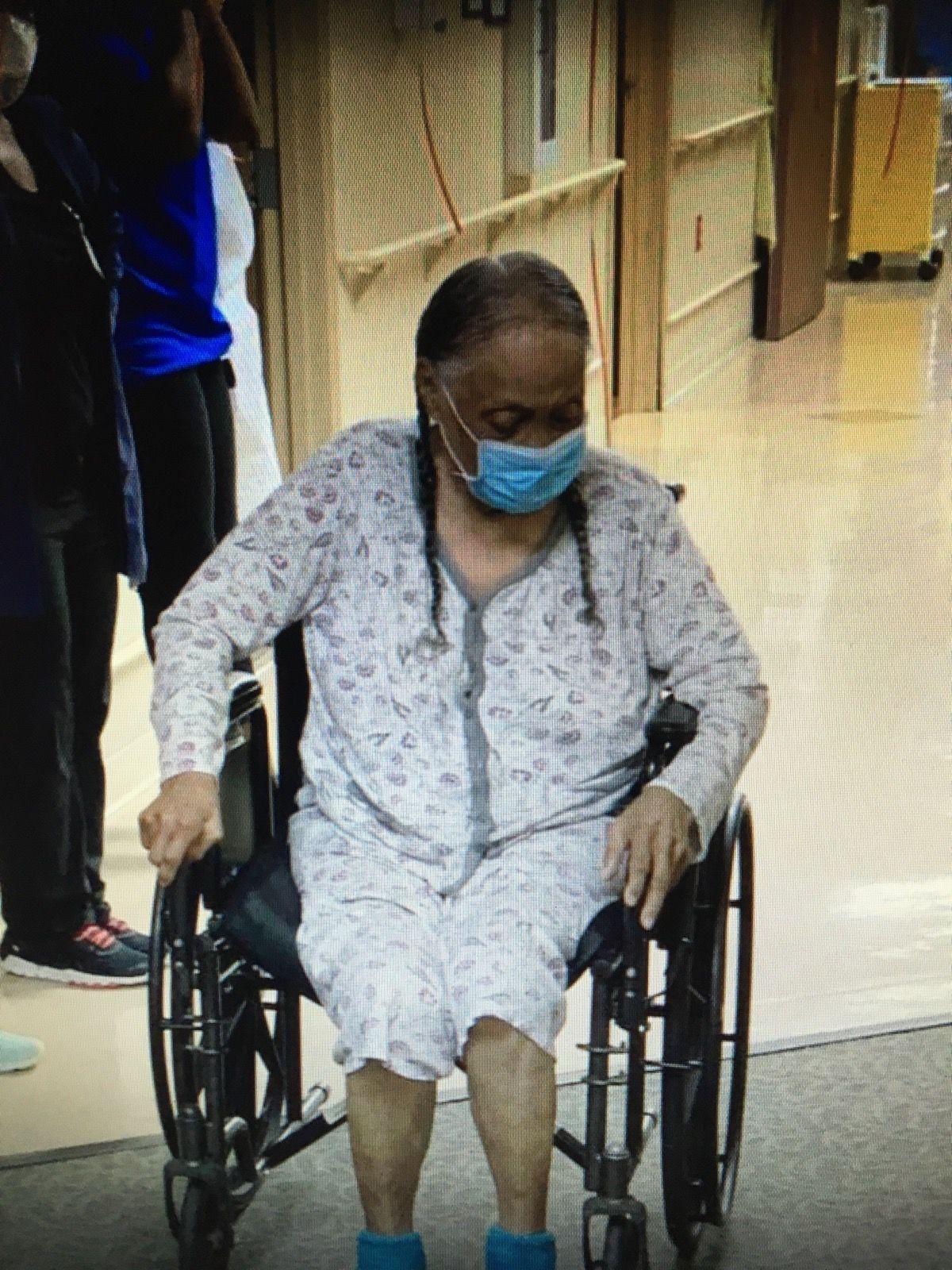 RosaLee Johnson celebrates her recovery from COVID-19 on May 6, her 95th birthday. 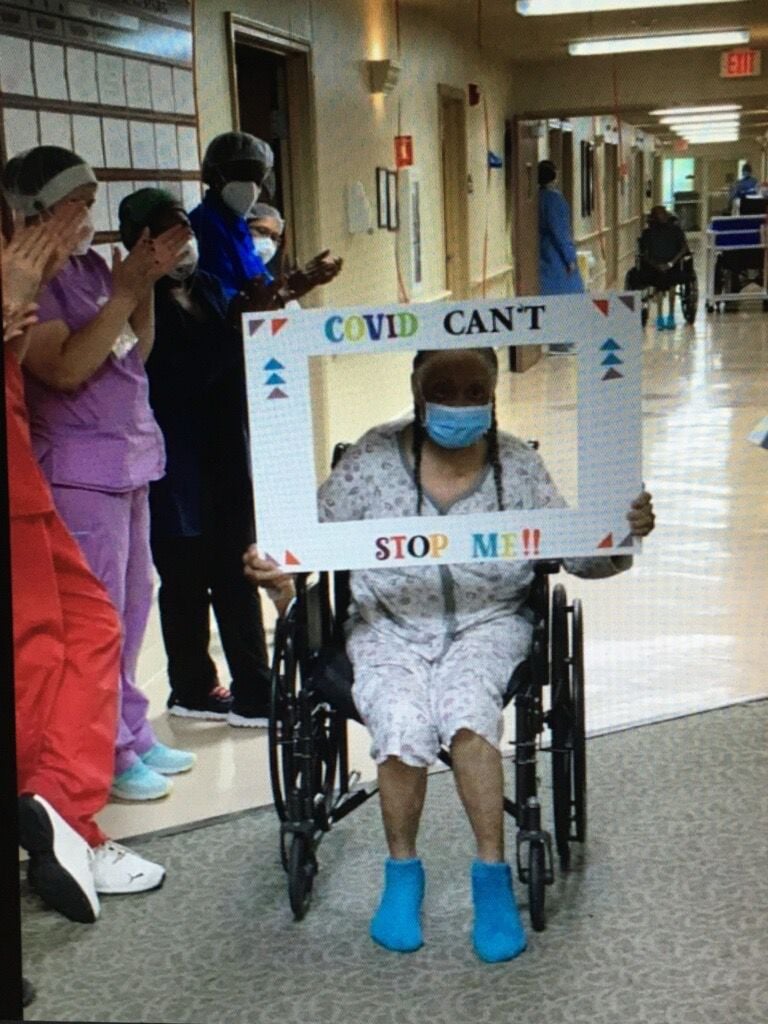 RosaLee Johnson poses for a photo celebrating her release from the hospital. 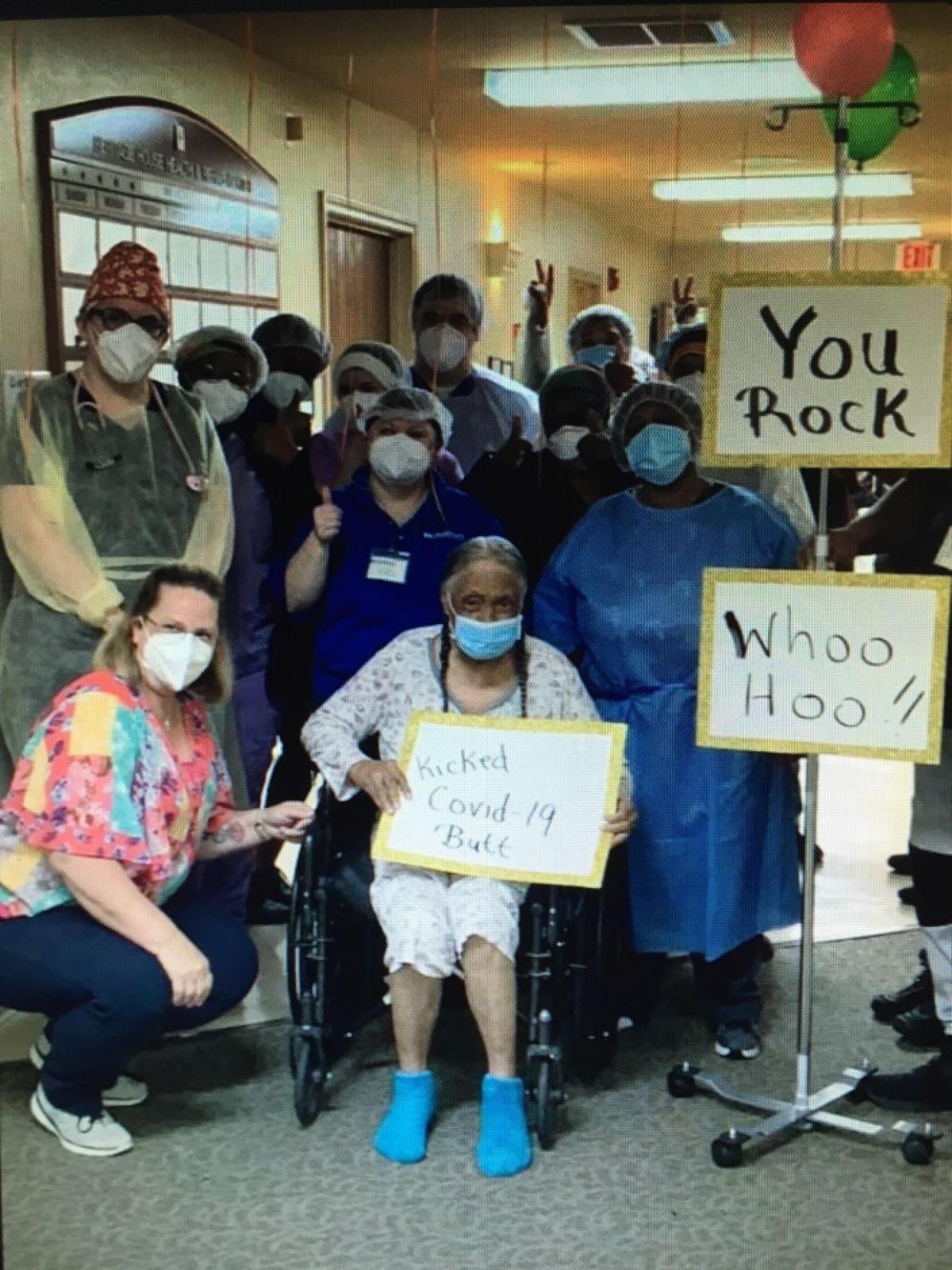 Hospital staff that worked to help RosaLee Johnson during her bout with COVID-19 pose with her May 6 to celebrate her recovery.

Family members of RosaLee Johnson spread out across the country gather together via Zoom call.

RosaLee Johnson celebrates her recovery from COVID-19 on May 6, her 95th birthday.

RosaLee Johnson poses for a photo celebrating her release from the hospital.

Hospital staff that worked to help RosaLee Johnson during her bout with COVID-19 pose with her May 6 to celebrate her recovery.

Family members of RosaLee Johnson spread out across the country gather together via Zoom call.

RosaLee Johnson, a 95-year-old woman from Marshall, celebrated her birthday in an unusual way this year, by being released from the hospital after suffering from COVID-19 for almost a month.

Johnson’s granddaughter, Heather Dieguez, said that though the family was very concerned about her throughout the whole process, no one was surprised that of all people, Johnson would be the person to survive a bout with this new virus.

“She hated getting sick,” Dieguez said. “It has almost become an inside joke with our family that she is truly unafraid of anything, there’s no way a virus was going to take her out.”

Dieguez described her grandmother as “tough as nails”, loving, but strict with high expectations.

“She survived so much, the Great Depression, desegregation, all of these things made her a very formidable person,” Dieguez said. “She is always loving and very sweet to all of her grandchildren, and she is also no-nonsense.”

Johnson has seven children, and 11 grand children. Dieguez said that her husband was in the military, leaving Johnson to raise her large family largely on her own.

“She has been through so much in her life, and this is just another obstacle that she has been able to overcome,” she said.

Another granddaughter of Johnson, Dr. Amy R. Beck, was also diagnosed with the virus, on March 15, recovering fully about 14 days later.

Beck works at an Academic Medical Center in Kansas City, where she works with children. Though viral diseases are by not Beck’s expertise, she said that when she tested positive for the virus she began reading up on it, and gathering information about treatments.

It is this reading that led Beck to learn about the new use of the plasma of a patient who recovered from COVID-19 as a possible treatment for the currently infected. This is the treatment that helped saved her grandmother’s life.

When Beck learned of her grandmother’s illness, she fought to get in contact with the doctor on her case to share the information she had learned about the potential use of plasma as a treatment method.

Through her persistence, Beck was able to organize the use of this treatment for her grandmother, who received two doses of plasma.

Beck said that the last dose was administered just three days before her grandmother’s release, which was on May 6, Johnson’s 95th birthday.

“It was a scary time; there were two times I think that we were very worried that we were going to lose her. After the first treatment she recovered for a while, but then relapsed. That was when we learned she had pneumonia in both of her lungs,” Beck said.

After her grandmother was placed on a ventilator, and treated with one dose of a new experimental drug, Beck said that she organized for a second dose of plasma to be administered.

Just this past week, Johnson was officially recovered from the virus, according to Dieguez.

“Really there are a lot of bad things that you can say about technology, but it has really been helpful to our family through this whole thing,” Beck said.

She said that thanks to the nurses at Christus Good Shepherd in Longview, who helped organize Zoom calls for Johnson and her children and grandchildren, along with the countless phone calls keeping the family informed about her condition, the family was able to make it through this hardship.

“It was terrifying because she was in the hospital, and she was alone with strangers this whole time, but thanks to those nurses she was able to see us and talk to all of us, it was amazing,” Dieguez said.

Beck said that she is now donating her plasma to be used to help other patients, and trying to get the word out about this treatment option.

“A lot of people did not have any hope, when a 94 year old black woman is admitted to the hospital with the virus. But she is very strong, and now that the hospital knows about this treatment and has seen that is can work, they can use it to save more lives,” Beck said.

Surgeon General Jerome Adams shares an important message for Americans ahead of the 4th of July weekend: To slow the spread of coronavirus, each of us must continue to take personal responsibility to protect ourselves and our loved ones. By doing just a few simple things, we can make a big d…