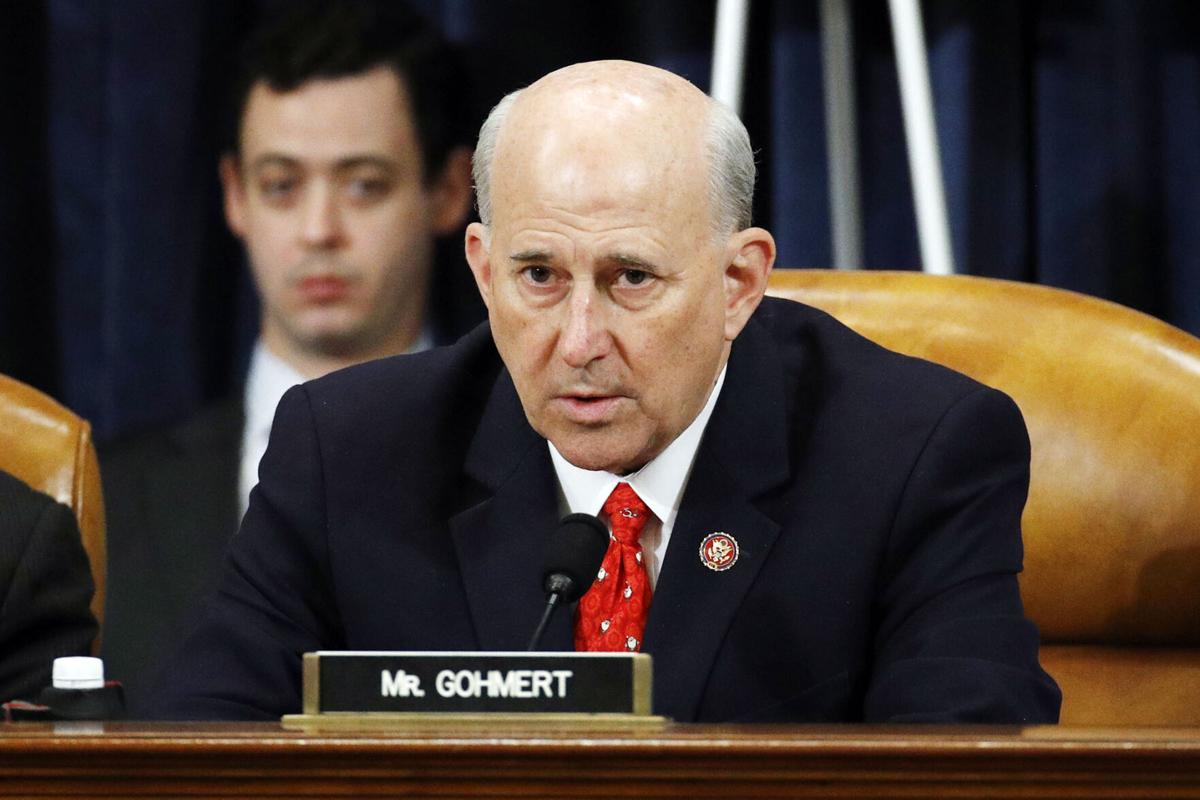 U.S. Rep. Louie Gohmert, R-Texas, votes no on the first article of impeachment against President Donald Trump on Dec. 19, 2019, during a House Judiciary Committee meeting in Washington. 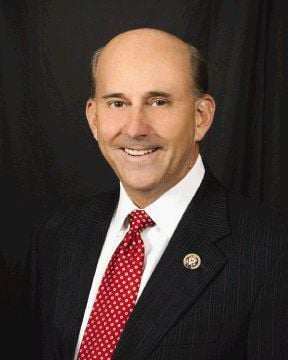 Rep. Louie Gohmert, R-Tyler, has won re-election for U.S. Congressional District 1 each time since November in 2004 and has strong feelings this time toward the direction the country is going in and the Republican Party.

“I feel very strongly this country is on the brink of going socialist or saving itself and we can only do that with the grace of God,” Gohmert said. “I feel if I didn’t run, I would be abandoning the fight to preserve the greatest country God has ever allowed.

“Whether my party is right or wrong, I have stood up to people in my party at the top when they were wrong a number of times, but there is too much at risk to not stand up for what is right,” Gohmert added.

He jokes this election is like going to a scary movie, you don’t want to watch, but you don’t leave to see how it turns out.

“That’s where I am now. There is so much at stake, I am going to keep fighting for people in East Texas and the country,” Gohmert said. “The way things are going, the way people have been mis-educated that socialism is the best way to go. If we don’t fight for what is right, we are going to lose this. It sounds wonderful, everyone gets what they need and equally, but you have to have a totalitarian government to enforce that which means we have no 1st Amendment rights, 2nd Amendment rights, 4th and 5th .. I want to keep those rights.”

Gohmert, who had COVID-19 in July, has been blasted each time he posts on social media.

“It used to bother me when someone got even one word wrong in a quote. But it’s been a learning process and a skin-thickening process to where now, I’m really not bothered so much,” Gohmert said. “I laughed at the messages I got at the end of July just telling me to die. ‘Wow, these people are not kind.’ The people who tell you they are the most tolerant are usually the most intolerant in the country.”

Gohmert said he has accomplished things for East Texas. And he admits, because of his reputation and the headlines he creates, a lot of work he does has to be behind the scenes.

“I gave the language for the bill that would take away the president’s ability to keep American citizens incarcerated who have been there since September in 2001 when Congress overreacted,” Gohmert said. “Some people thought, ‘Oh gee, I didn’t accomplish anything.’ But actually, the only people not protected by my language were people who were illegally in the United States. I was told, ‘Louie, we can’t afford to let anyone find out you were the source of the language.’ I could not be the source of the language!

“So we would meet privately, I would run it by constitutional law professors and other people who were quite wise. It would be sent down to the senate and the person negotiating it in the senate was (Democratic Sen. Dianne Feinstein) and I was told, If Feinstein finds out you were negotiating this for us, she would walk away!’ But we got language that was acceptable to protect American citizens without having to run a case up to the Supreme Court,” Gohmert continued. “That is a role I’ve played quite often behind the scenes to get things done. “

He added, “But I’ve also had Republicans say, ‘You have to vote for this even though it’s bad language and we have to get people to vote for it’ and I’ve said, ‘No, we can still work something out better if we stand firm.’ And sometimes we do and people cave.”

As for East Texas, he said, “The Natural Resources Committee has gotten a lot done especially for the Southern part of the district, I’ve pushed major modifications in some of the bills that have come through in terms of criminality. This session, because the Democrats are in control, they don’t allow our suggestions behind the scenes – they have ramrodded things through. That’s when I contact friends in the senate and get them to push through issues.”

On Racism and Trump

Gohmert talked about the Russians and Hillary Clinton, and the 2016 election. He has been a strong supporter of President Trump including voting against a resolution on Sept. 29 that would “reaffirm the commitment to the orderly and peaceful transfer of power” if Trump lost. Gohmert was one of five to vote against it in a 397-5 vote. However, he said that’s not quite the wording.

During the presidential debate between Trump and former Vice President Joe Biden, Trump was criticized for not denouncing white supremacists and mentioning the “Proud Boys” should “stand back and stand by.” Gohmert was very direct when asked the simple question about white supremacist groups, some of which were in Tyler at events.

“Just like President Trump, I’ve denounced white supremacy and any kind of neo-Nazi group, There is just no place for it. There is no place for any group that believes one race is better than another race,” Gohmert said. “We’ve seen it right here in our own country. When people of any race are given the right opportunity and are able to be properly educated, and by that I don’t mean taught socialism, but when they are properly educated, they have the chance to be anything or do anything.

“It’s not a matter of race. There is nothing wrong with looking at the United States and all the tragedy and hate that has happened, including the biggest travesty of all, which was slavery. There have been some wonderful people and some evil, hateful people, the Klu Klux Klan did terrible things and ought to be denounced for the hatred they had. Their ties were so close to the Democratic Party, it spilled out and into the Democratic Party,” Gohmert continued. “But one of the great things about America, we have continued to get better. The Great Awakening in the 1700s – the 1730s, 1740s I believe – led to the revolution. The (second) Great Awakening in the 1800s. Tragically we ended dup with a civil war, but people were pushing so hard to end the horrors of slavery. But we didn’t have a great revival or awakening in the 1900s and that’s what The Return (Christians held a national and global day of prayer and repentance on Saturday, Sept. 26) was about. I was there in Washington, D.C. and I spoke twice at it because I think it’s a key for this country.”

“Our office can help people who are going about the process legally. We are the only nation in the world that ever provides a million legal pieces a year. But there are so many people in Smith County who want to bring people here legally, get citizenship legally, and we can help with all of that,” Gohmert said. “One thing I was disappointed with, and I thought Democrats would help me get amendments into the immigration process so we have such a simple form that no one needs to hire lawyers. They can do it themselves. We have people here in Smith County and around East Texas who pay $5,000 or more to a lawyer to try to get them citizenship or visas.”

Gohmert said his office can help.

“Well, if they are trying to do that legally, my office can help with that and we do a lot! But we need a simplified system that is sped up. We did make it a little faster than it used to be when we were in the majority. But if it’s simplified and people can do it without a lawyer, then they can spend that money on their families and having people get through legally and have that money to help their families instead of spending it on lawyers,” he said. “No one should have to hire a lawyer to get a visa or citizenship.”

Gohmert said he has heard his critics.

“Some people have lied and said, ‘Louie hates Hispanics.’ They don’t know me. They don’t know my heart. I believe something that has helped make this country the greatest in the world is three things – faith in God, a devotion to family and the other is a hard work ethics. And, well, generally speaking, that’s what I see in the Hispanic community: faith and devotion to God and family and a hard work ethics, that’s what made America great and we need more of that,” Gohmert said. “It’s a great infusion of what made America great and we have to do it legally and not overwhelm the country so we can be blessed for years to come. We’ve made progress but it’s not as much as should be done.”