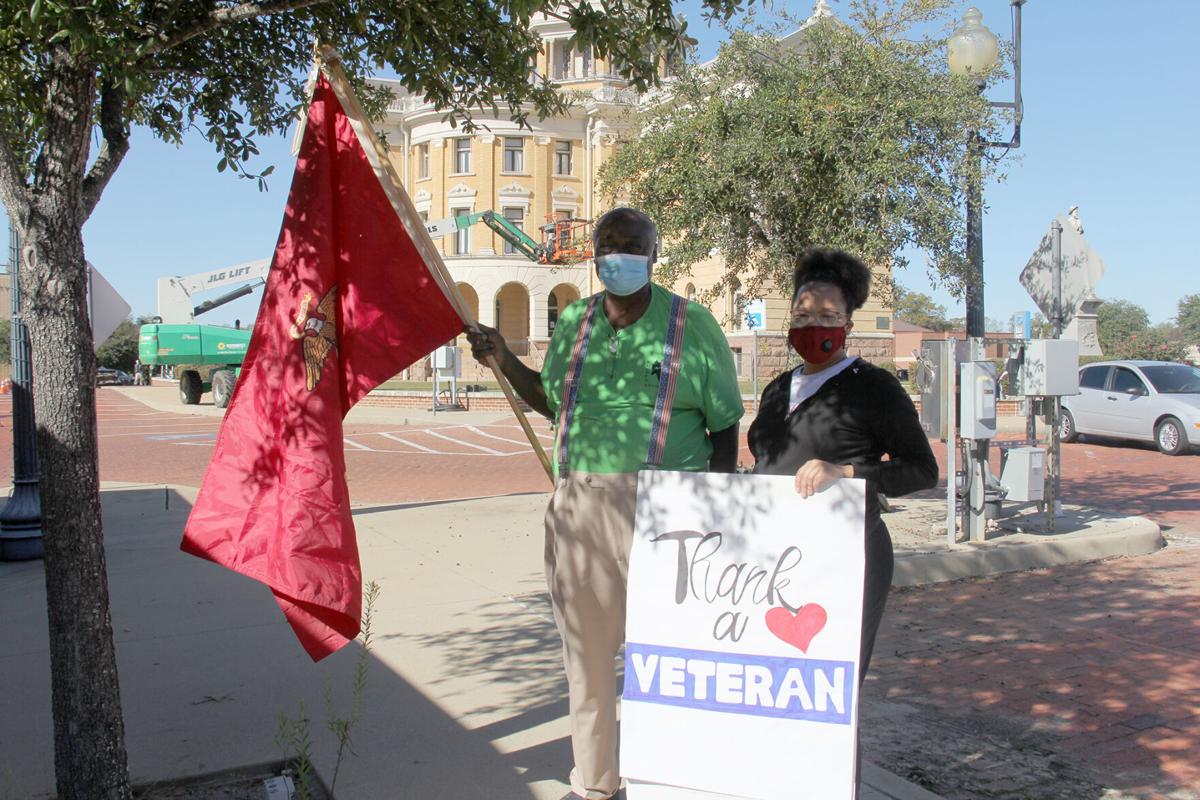 Raymond Fogg and Brooke Woodard participate in a Veterans Day event on Nov. 11. 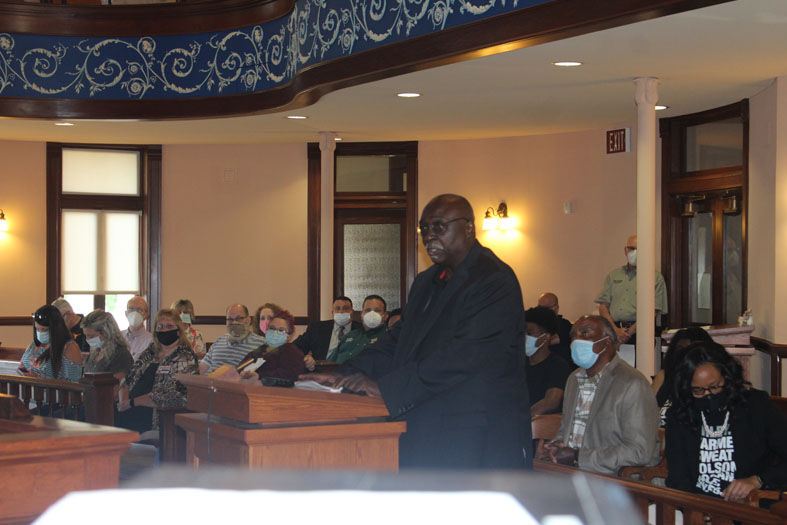 Raymond Fogg, who is on the executive committee of Educators of Public Service, petitions the Harrison County Commissioners Court to remove the Confederate statue from the courthouse grounds. 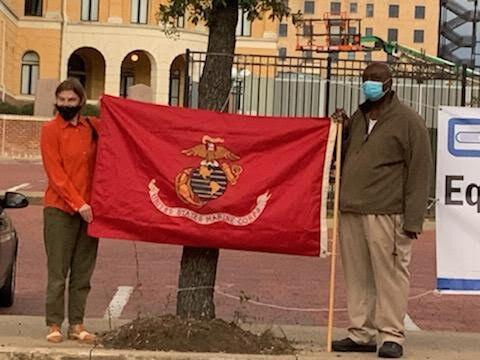 Raymond Fogg and Brooke Woodard participate in a Veterans Day event on Nov. 11.

Raymond Fogg, who is on the executive committee of Educators of Public Service, petitions the Harrison County Commissioners Court to remove the Confederate statue from the courthouse grounds.

Before coming to Marshall and serving the community as an educator and an activist, Raymond Fogg faced a number of challenges in his life.

Born to a young mother in Washington D.C., Fogg grew up in an orphanage, then into the foster system, and for a time in juvenile detention.

It was during this early time in his life that at 7 years old that Fogg became acquainted with martial arts, a hobby that he still has a passion for today.

“There was a program I became involved in that offered martial arts classes to the poor kids, and that’s how I got started with that, but I love it, I still love it,” Fogg said.

He spent his early years struggling, before eventually joining the Marine Corps, where Fogg was encouraged to study for his GED. After five failed attempts, he was able to pass his test.

After the Marine Corps, Fogg went on to study Aviation Administration in Washington, where he came in contact with a theatre organization, and was able to connect with one of his true passions, working on the stage.

“If there are three constants in my life, they are martial arts, theatre and history,” Fogg said.

Fogg worked on set building, and as an actor in both Washington D.C. and New York, among other places. Eventually, he ended up in Boston, where he met a teacher who knew about a school in Marshall that could offer Fogg the chance to further his education.

So in December 1978, Fogg moved for the first time to Marshall, and attended Wiley College as a student studying for his undergrad degree.

Fogg described himself as an older student at this time of his studying at Wiley, but that did not stop him from jumping head first into the community.

While in Marshall studying, Fogg started a theatre program and was the director of the children’s theatre program in the area. He also volunteered regularly to go in and speak to children in local schools about their lives, and making positive choices.

“I had been doing that for a while, going into schools and sharing my story, because I thought that my story and what I went through would encourage kids to make the right choices in their lives,” Fogg said.

Through this volunteer work, Fogg also ended up working with a group to go into Juvenile Detention Centers in the area and speak to the children incarcerated there.

After graduating Wiley College, Fogg left Marshall for a while to attend Steven F. Austin University, where he received his Masters in History.

“I really fell in love with Marshall when I was there,” He said, explaining why after graduating from Steven F. Austin, he moved back to Marshall to teach History at Wiley College.

Fogg remained just as involved in the community as he was before, being appointed to the Harrison County Historical Commission in 1993, where he was first part of discussions regarding the confederate statue in downtown Marshall.

However, unforeseen family circumstances led Fogg and his wife to leave the area. After her passing in 2006, Fogg said that he was ready to move back, but was just able to return to Marshall in 2017.

“When I moved back to Marshall this time, I really didn’t plan to be as involved in the community stuff as I was before,” Fogg said.

However, in 2020 when protests began outside of the Harrison County Courthouse in response to the murder of George Floyd, Fogg decided it was time to get involved again.

When protests over Floyd’s death spawned a petition by local activists to remove the Confederate statue from courthouse grounds, the city of Marshall erupted in controversy.

It was then that Fogg, along with Jay Carrick and Jonathan McCarty, met to look at the issue of the statue from an historical perspective, and try to come up with a compromise that would conserve the history, while still moving the statue to a different location.

It was this group of individuals that later became the Educators for Public Service group in Marshall, a group that Fogg remains president of today.

The group began by petitioning for the statue to be moved to a historic cemetery, where it could be protected and preserved, while simultaneously replacing the statue with one of Lady Bird Johnson.

As the group grew, however, they have focused on education and recruiting younger generations to become involved in the community.

“We knew we wanted to do something about the statue, but also this group is about inspiring others to make a commitment to public service,” Fogg said. “It doesn’t matter what organization they are part of, as long as they get involved.”

The EPS group meets once a month, and hosts regular Moral Monday events outside of the courthouse, where they pick a different theme each week to bring attention to and educate the public about.

The group hosted a large Moral Monday in 2020 in celebration of Veterans Day, among many other events when the weather is permitting.

Additionally, Fogg said that the group is in the process of developing a podcast about how community members can better assist public officials in fixing the problems facing the community.

“We are focused on programs around educating the youth, and encouraging them to be more active in the community,” Fogg said.

For more information on the Educators for Public Service go to the groups Facebook page at www.facebook.com/groups/648221982455932.