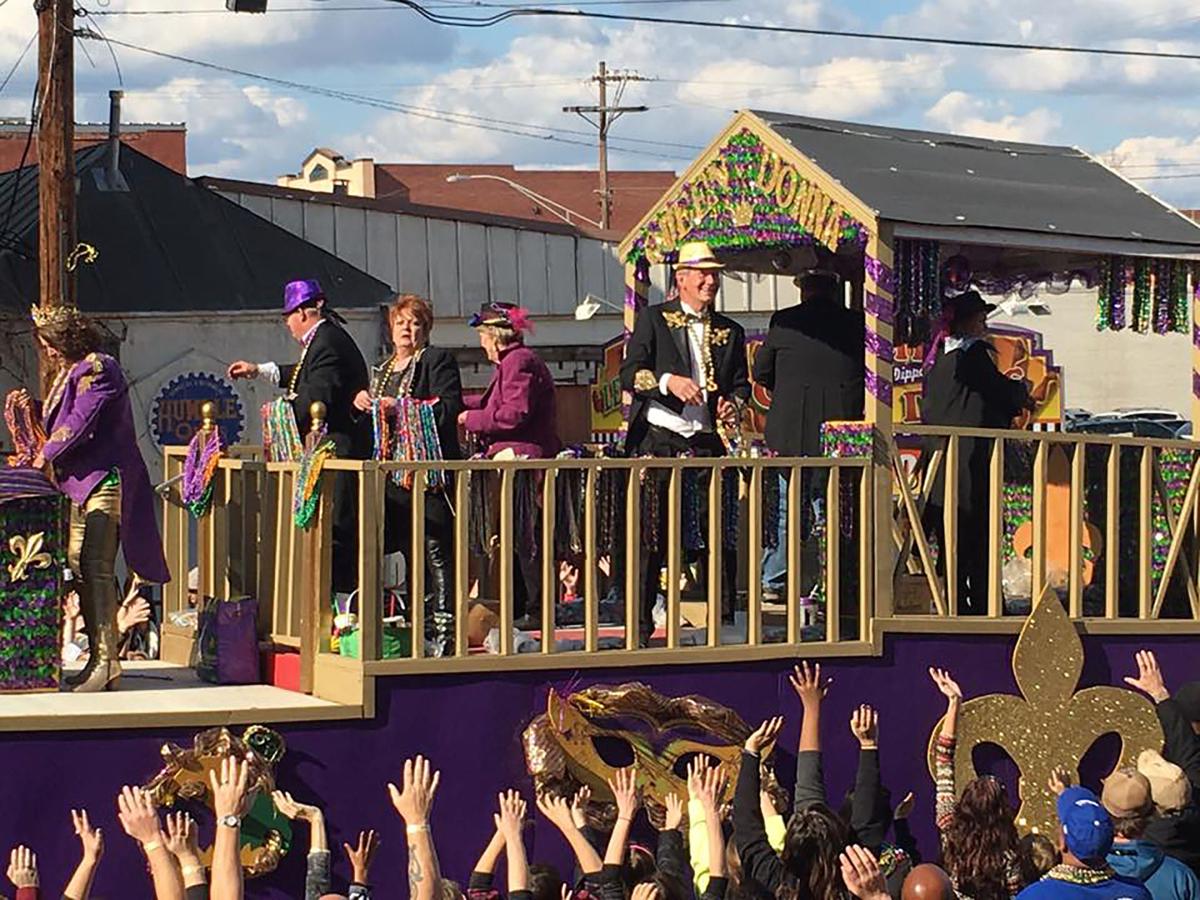 The Jefferson Mardi Gras parade has been a staple in the community for decades and continue to inspire everyone with elaborate floats. 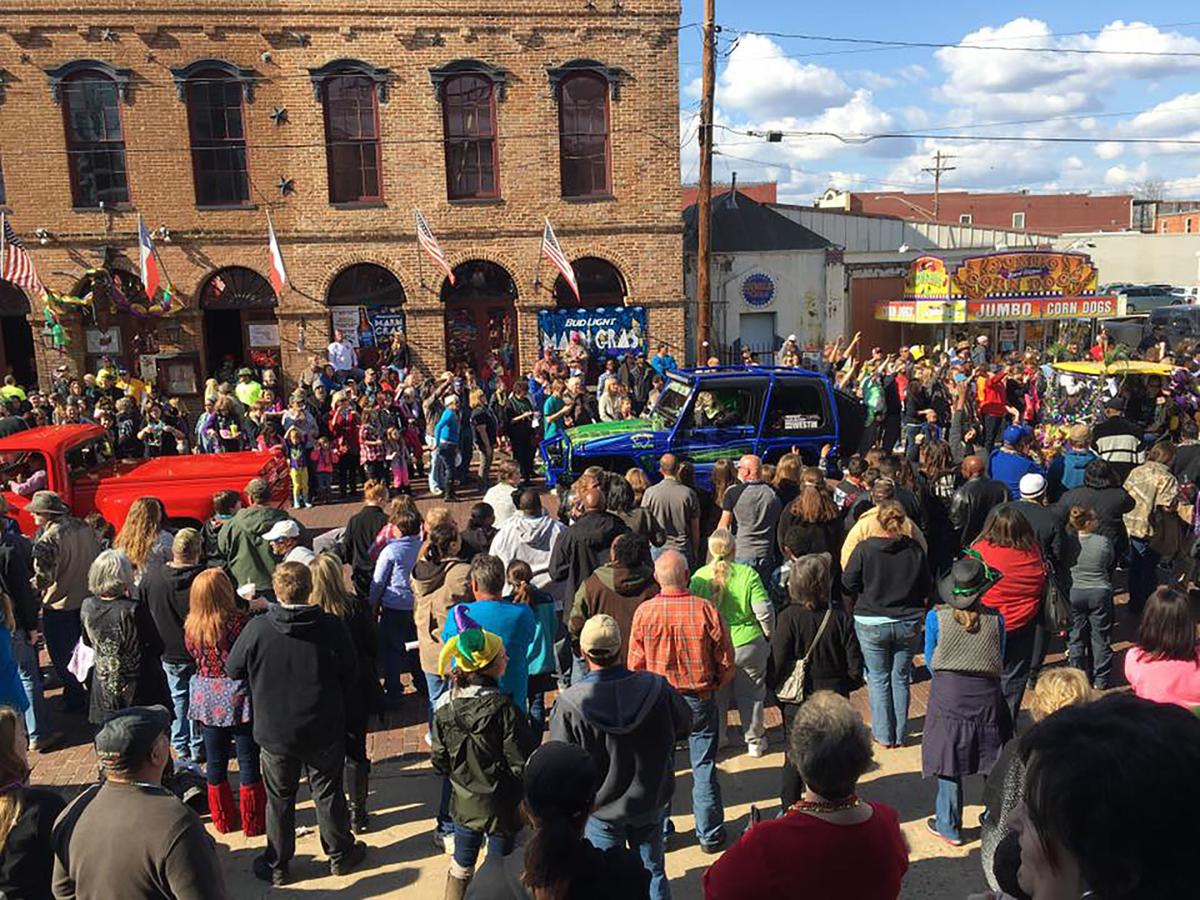 Huge crowds come out every year to witness the annual Jefferson Mardi Gras parade slated for February this year. 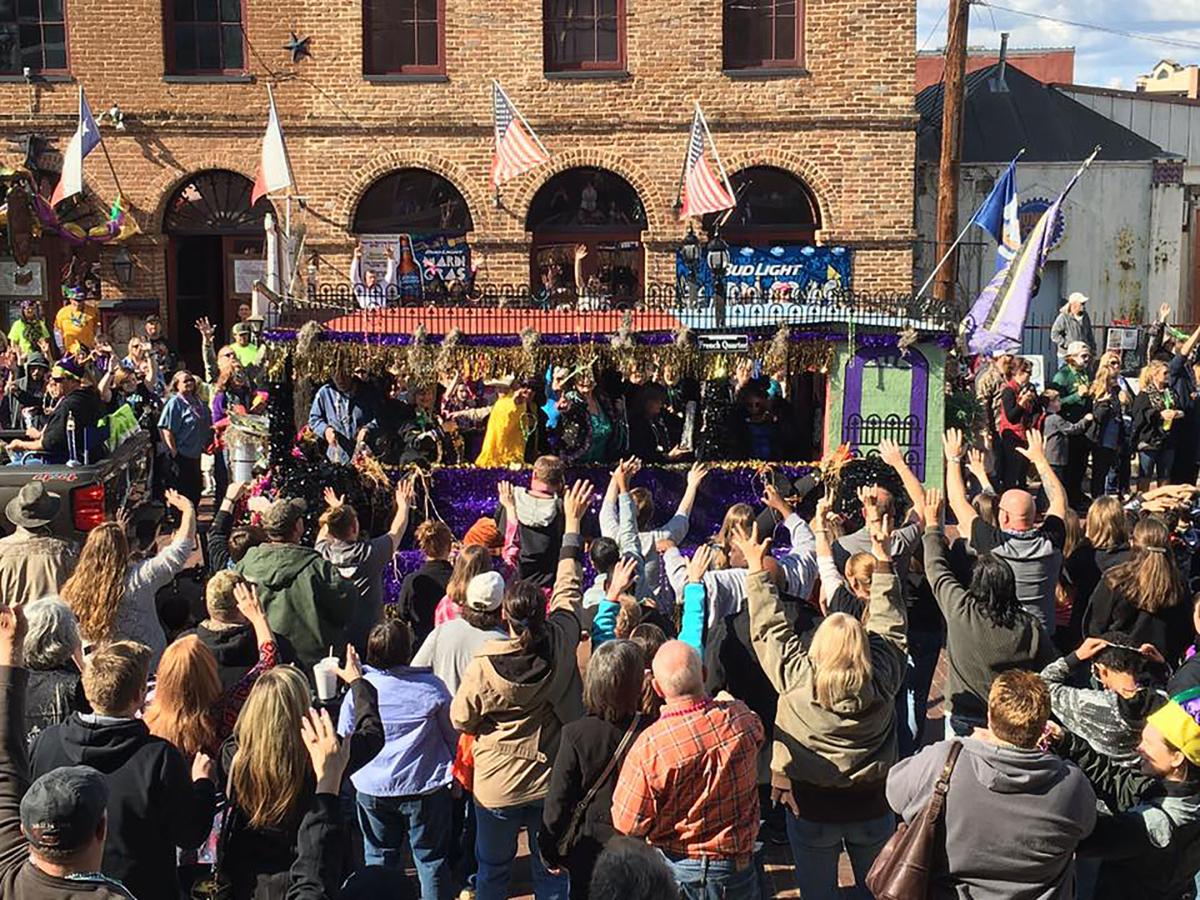 The Jefferson Mardi Gras parade has been a staple in the community for decades and continue to inspire everyone with elaborate floats.

Huge crowds come out every year to witness the annual Jefferson Mardi Gras parade slated for February this year.

Marcia Thomas has been a part of the annual Jefferson Mardi Gras parade since it was created in. In fact, it was her idea.

“In the winter months it was dead here, there was literally nothing to do, so I thought why not Mardi Gras,” Thomas said.

She said that because of Jefferson’s similar historical background to New Orleans and their close proximity to Louisiana it seemed like a perfect fit.

But more than just the creation of a winter time celebration in Jefferson came the new task of creating elaborate floats for the parade.

“I was doing the floats for a really long time, and let me tell you they are a lot of work,” Thomas said.

She said that much like a musical production it should take you about six weeks to put together a good float, but most groups, including her own, never take that much time.

“We always wait till the last minute,” Thomas said, with a laugh. “It really is a big production.”

She said that it takes a village to put the float together, from coming up with a good theme to creating the decorations to building the float itself.

“It’s all worth it though when we it comes together,” Thomas said.

She has been working most recently with her community theater group to put together a float every year.

Thomas said that her mother even assisted with the floats and road on them during the parade until she was 101 years old.

“She loved them so much. Even after she could no longer ride on the float she would ride in the truck and still throw those cheap plastic beads to the crowd,” Thomas said.

All of the work put into the float is well worth it though, according to Thomas, who said that the feeling that she gets when she rides of the float every year.

“It’s so much fun, it’s just like a party all the time. Everyone is there to have a great time. It is very family friendly and fun,” she said.

The krewe is preparing for the downtown Jefferson’s 31st annual Mardi Gras Upriver weekend, which sees thousands visit the town each year.

Those wishing to participate in Mardi Gras Upriver 2020, whether in the parade or as a vendor, can still register by visiting the Krewe’s website at https://www.mardigrasupriver.com/

With the renovation of the historic Marion County Courthouse, which is currently underway, plans will require parade goers to find alternative locations to stand and observe the parade.

“The parade route will not change. Safety is always our priority each year so parade goers will need to spread out on Austin Street and find alternative places to stand and observe the parade rather than standing in front of the courthouse,” Krewe of Hebe President Amanda Turner said. “There is a barricade around the courthouse so that doesn’t leave much room for people to stand in front of it while still allowing room for the parade to safely go by.”

Turner said alternative streets to stand and observe the parade are Vale and Polk Streets.

“We usually have the parade announcers and judges on the courthouse steps during the parade but this year they will be moved to the top patio on Sammy’s Prime Time Steakhouse,” she said.