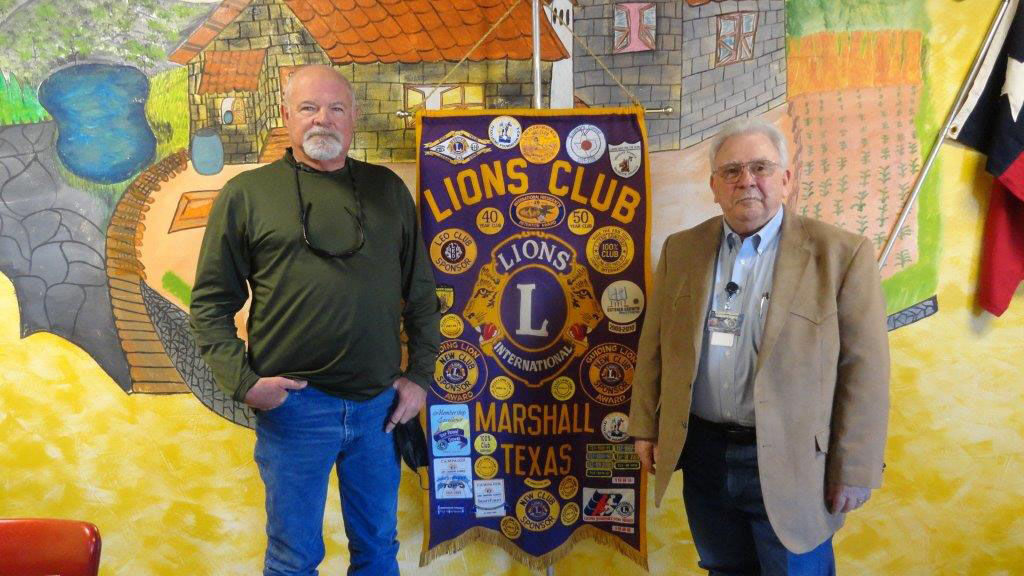 Lt. Dwight Mays with the Harrison County Sheriff’s Department is welcomed by a Lions Club member. 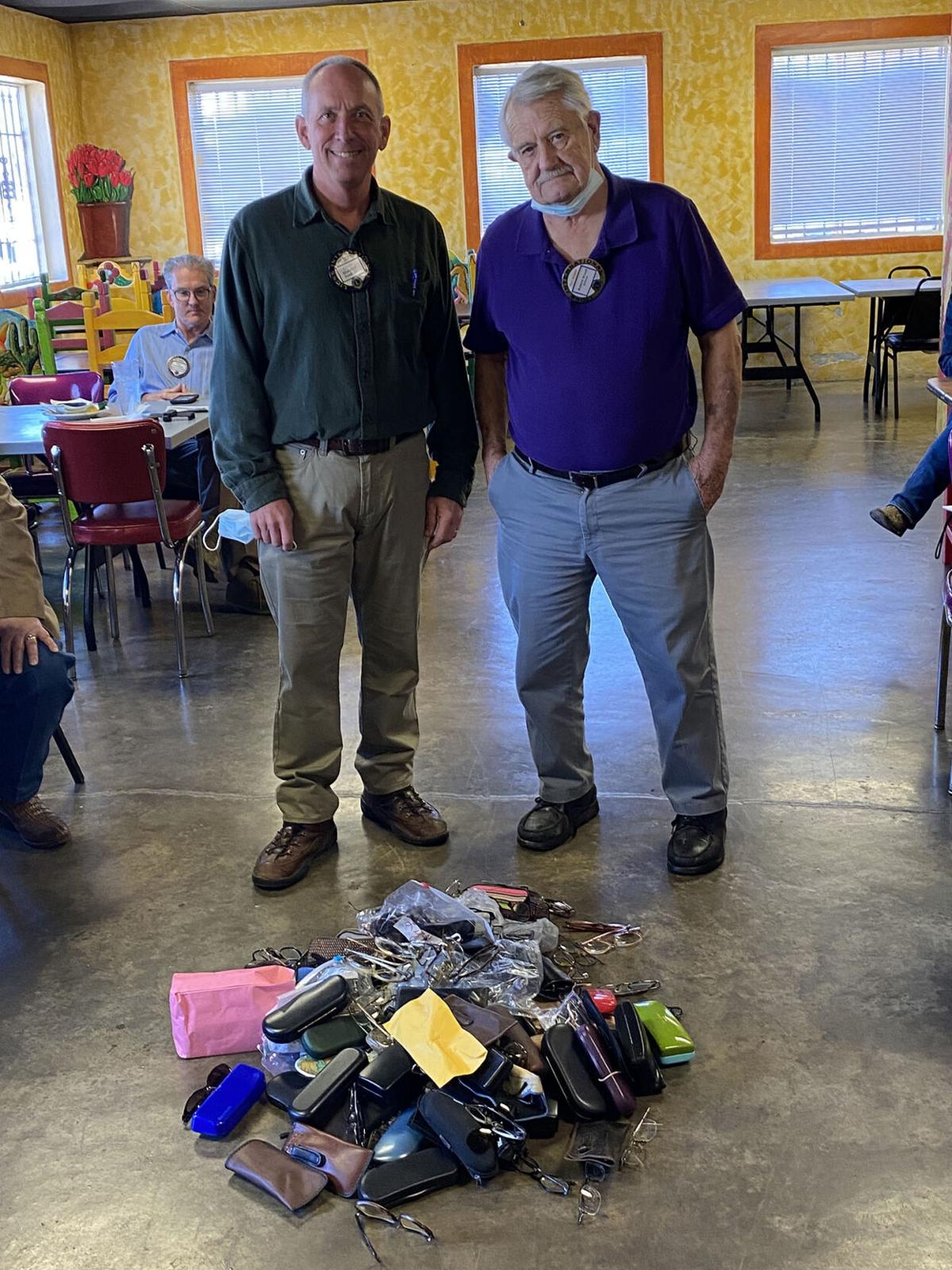 Lions Club members Chris Horsley and Robert Wood show off the eyeglasses collected by the club for a program where glasses are provided to needy children.

Lt. Dwight Mays with the Harrison County Sheriff’s Department is welcomed by a Lions Club member.

Lions Club members Chris Horsley and Robert Wood show off the eyeglasses collected by the club for a program where glasses are provided to needy children.

Lt. Dwight Mays described his 30-plus years in law enforcement like Texas weather. Just wait a short while and it will change. This was just what happened when Sheriff B.J. Fletcher was to speak at the Marshall Lions Club — a problem in the jail completely changed his plans.

The officer described several things that happened that prompted him to come out of retirement and come back into law enforcement. Sheriff Tom McCool told him about the jobs he needed him to do, and so it all began to happen with the ice storm of 2021.

The preparation began several months ago when County Judge Chad Sims had shown the need for four wheel and all wheel vehicles. The two wheel vehicles just don’t cut it.

Mays also talked about his work as a mental health officer. Current laws now require a mental health suspect to be detained and treated on medication for a shorter period of time. Soon after returning to their normal life they stop taking the meds and the problems starts all over again.

In another part of his talk he told about his duties as a grant writer with one of the most pressing needs being for younger K-9‘s. The only dog that was left was eight or nine years old. Many local residents donated but what put the department over the goal was the grant that he wrote for a company in Harris county. A lady of considerable means witnessed a Constable getting slain in the line of duty. That is when she helped get the program of K-9‘s for cops. She has now helped with getting more than 270 dogs for officers.

Mays also described Fletcher as a man who has been trained for the for the job of Sheriff. He has worked for Harrison county for over 20 years and this is the only job he has worked in every job from Chief on down.

Several guests were welcomed at the Lions Club meeting including: Amber Starr, a local resident who become aware of The Lions Club through the eyeglasses for needy children; James Crittenden, a retired investigator from Gregg County and also Harrison County Commissioner Jay Ebarb.

Amber and James were both guests of Lion Club member Robert Wood. The Tail twister Chris Horsely Showed over 200 pair of eyeglasses that have been collected in front of his store Fresh Air on South Washington.

The glasses are collected and sent to Lions International to be refurbished and sent other countries. At the end of the meeting, Lions Club Member Paul Martin dismissed the club with prayer.