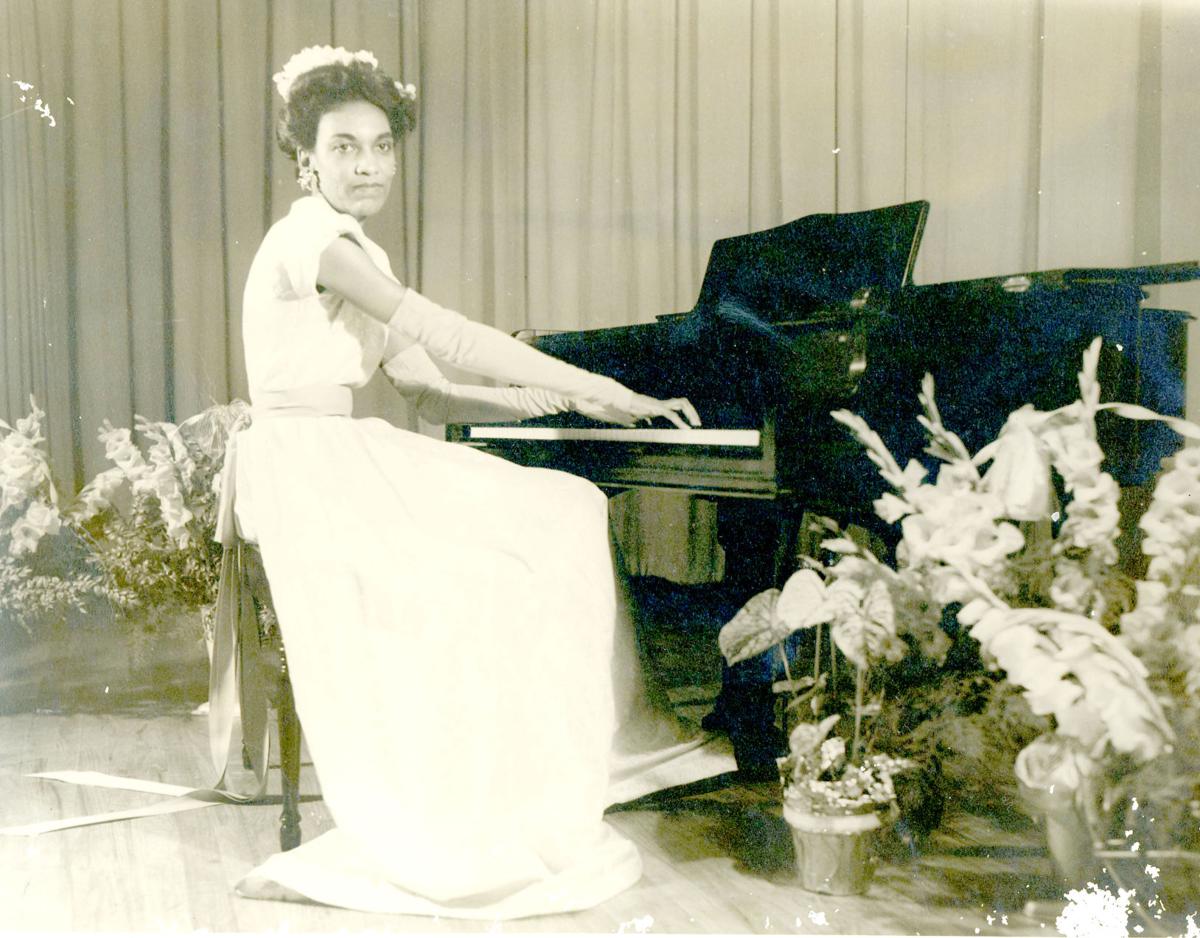 Dorothy Montgomery posed in front of a piano, while she was dressed up for a performance by a group of her students. 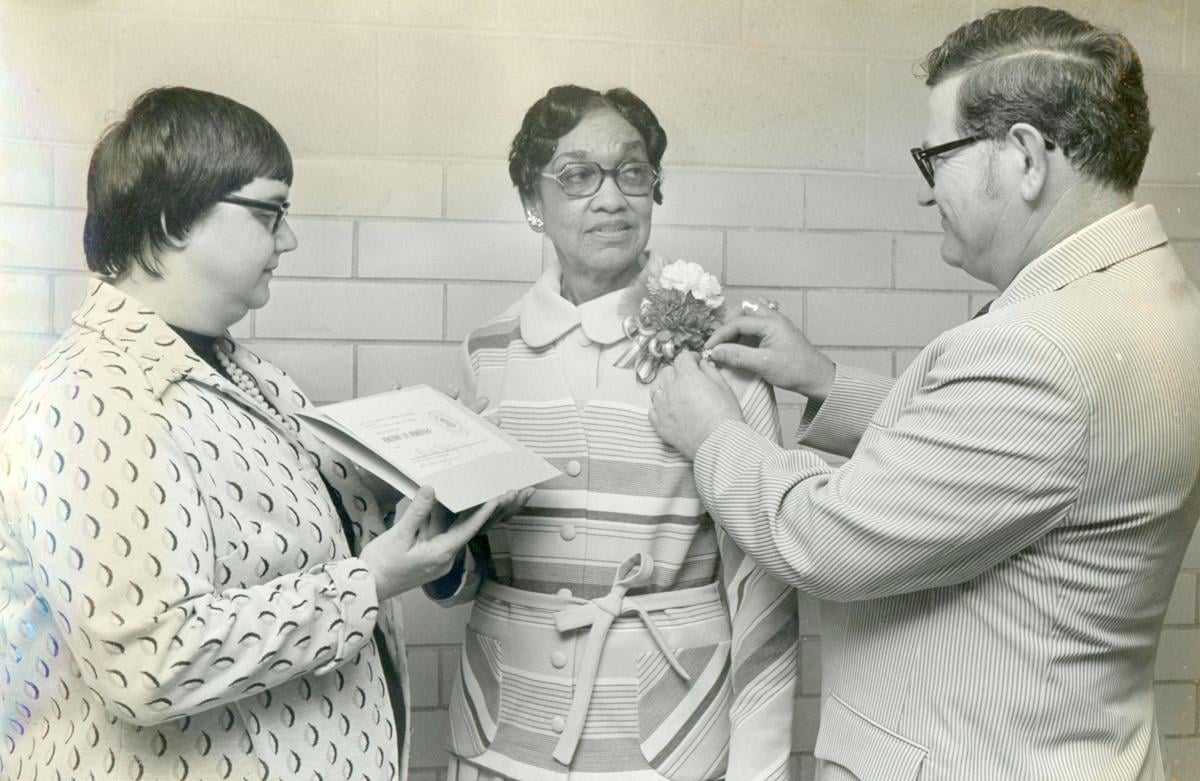 A flower is pinned on Dorothy Vance Montgomery during her retirment celebration. 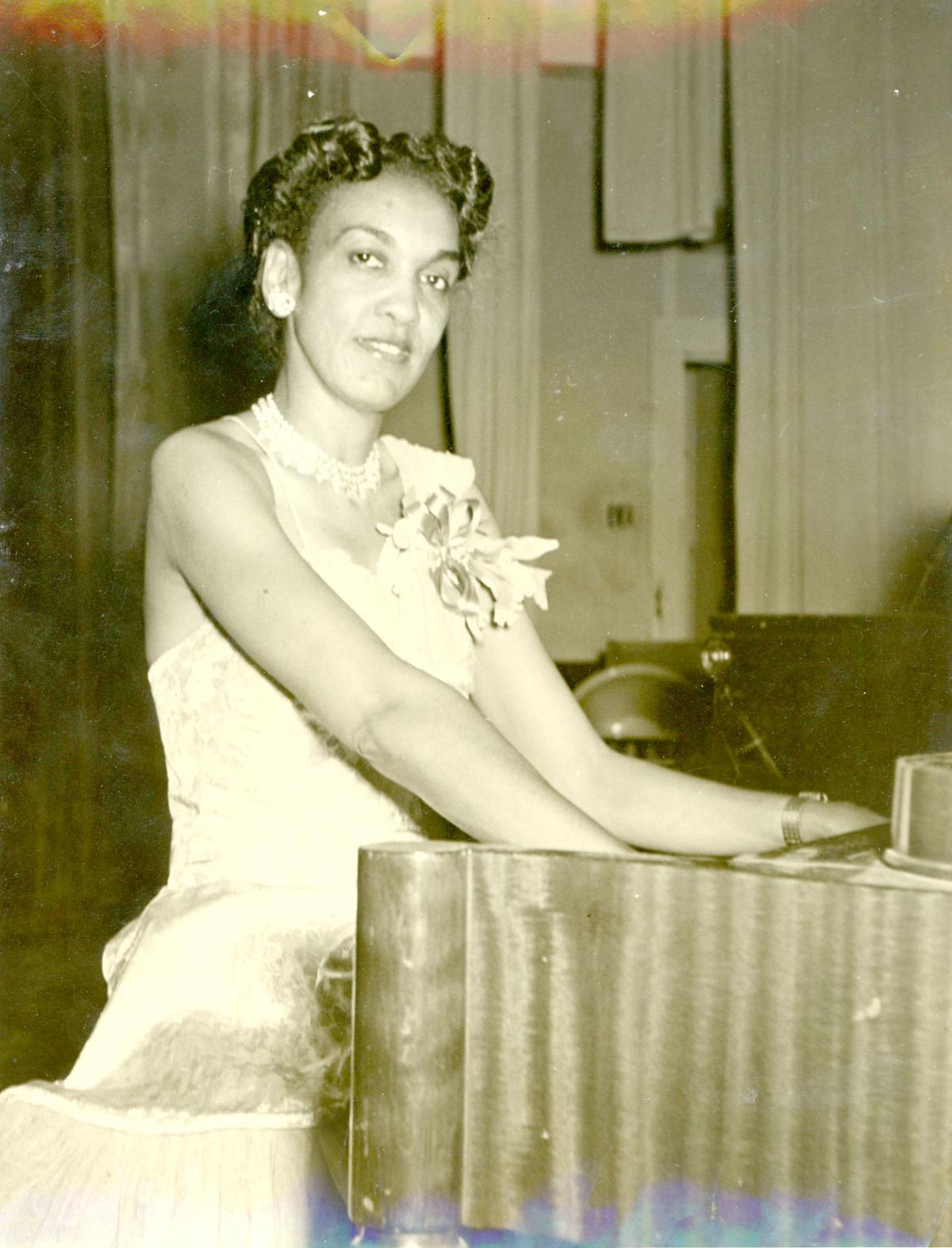 Dorothy Montgomery posed in front of a piano, while she was dressed up for a performance by a group of her students.

A flower is pinned on Dorothy Vance Montgomery during her retirment celebration.

A musical spirit, as well as one containing a passion for the youth of Marshall, Dorothy Vance Montgomery was an integral part of Marshall’s history and a legacy that is continued by generations of her students today.

Mrs. Montgomery spent over four decades teaching the youth of Marshall music. She lived from 1909 to 2003, witnessing firsthand the integration of Marshall Schools, the growth and expansion of East Texas and so much history.

“She was truly an outstanding woman,” said Montgomery’s former student and friend Glenda Clay. “Everything that she went through, she went through with grace and dignity.”

Mrs. Montgomery was a Marshall native, growing up in town and receiving her undergraduate degree from Wiley College. She eventually earned her masters as well from the University of Southern California.

She was married to Homer Montgomery, and was adored by her family, as well as being the youngest child to her parents James and Willie Vance Sr.

She was gifted musically from a young age, beginning piano lessons when she attended Marshall Public Schools. It was this gift that inspired her love of music, and led to her long career as an educator.

Mrs. Montgomery was an elementary school music teacher in Marshall for 43 years. She moved and taught at a number of schools in the area. After her retirement the educator began a new career as a part time instructor of music at her alma mater, Wiley College.

Clay said that as an elementary school teacher Mrs. Montgomery had a reputation for being stern, but that she knew that it was only because she wanted her students to take their lessons seriously.

“Back when the schools weren’t integrated, all of our teachers did not let that stop them,” Clay said. “She knew how important a good education was and she imparted that importance on her students.”

Clay remembers learning complicated music theory in her time in Mrs. Montgomery’s class. It was this music theory that when she began college on her own journey to teach music, she relearned in her freshman college courses.

“I remember during my classes my freshman year we started learning things that I learned in fourth or fifth grade, that is how prepared we were because of her,” Clay said.

She said she remembers homework lessons from music, where students would have to go home and watch concerts on their family’s television sets, and write essays about it for the next day.

“She gave a lot of homework, and she made us care,” Clay said. “I remember being excited every day going to class because I wanted to know what we would learn that day.”

Because Mrs. Montgomery was the elementary school teacher Clay said that she was likely teaching upwards of 70 students at a time, ranging from 4th to 7th grades.

Mrs. Montgomery not only taught music, but she organized showcases for her classes and even taught a girls choir in school.

Clay said it was the educator who inspired her own interest in music, leading Clay to eventually following in her footsteps to teach music locally.

Clay is also the Marshall Music Club President and though she is retired she said she is still highly involved in the local music scene.

Even after she left to pursue her own education in college, Clay said that every time she came back home she visited with Montgomery.

“I tried to come home at least once a year, every summer, and whenever I was here I always tried to see her,” Clay said.

She graduated high school the same year as Montgomery’s God daughter, and the two remained close until her passing.

Mrs. Montgomery was deeply involved in the Marshall community, not only through her teaching career, but also as a charter member of the Beta-Tau Sigma, which is now the Marshall Alumnae Chapter of Delta Sigma Theta Sorority. She received numerous recognitions and awards during her time, and was always available to meet with her former Wiley class mates and former students.

“She always wanted what was best for us. She was an amazing teacher and a wonderful woman. She truly is a strong and graceful presence is the lives of every person she met with during her life.”

“She always wanted what was best for us. She was an amazing teacher and a wonderful woman. She truly is a strong and graceful presence is the lives of every person she met with during her life," Glenda Clay about her former music teacher Dorothy Vance Montgomery.