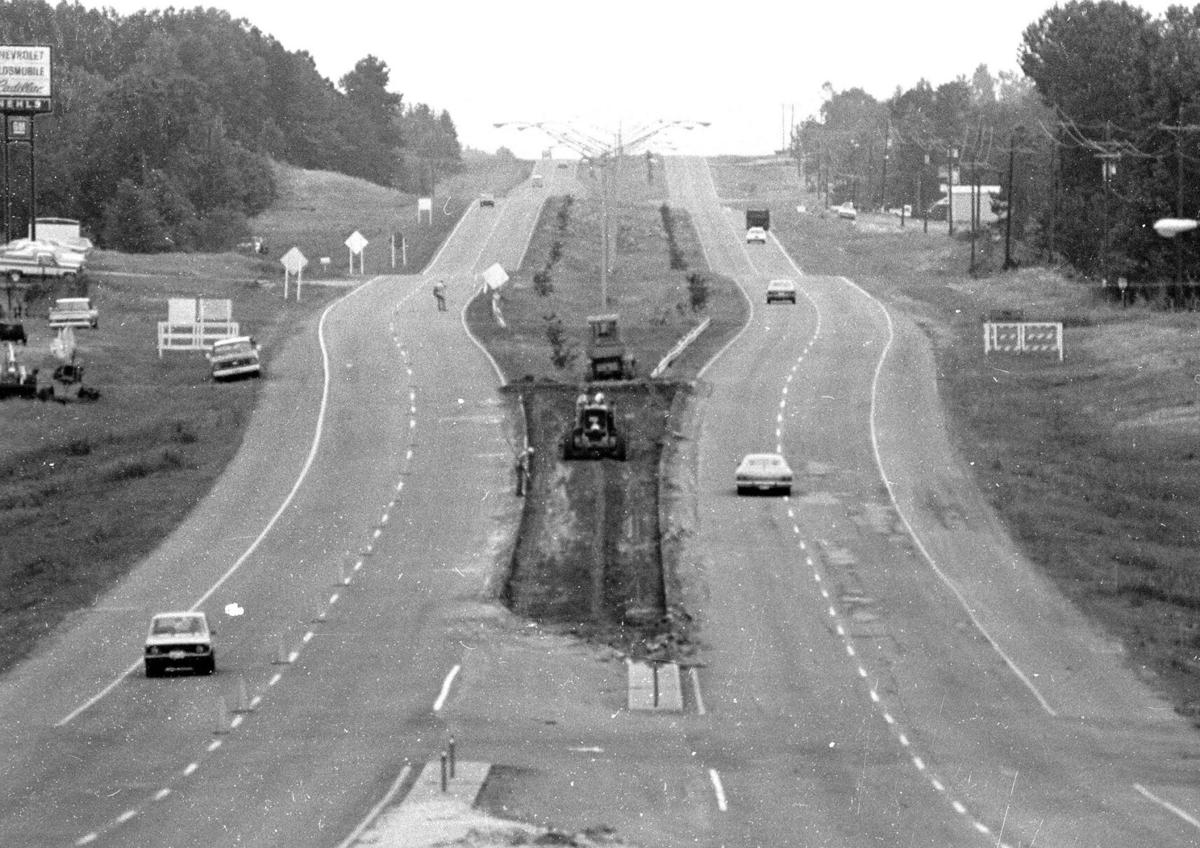 Crepe Myrtles are planted on Hwy. 59 in the early days. 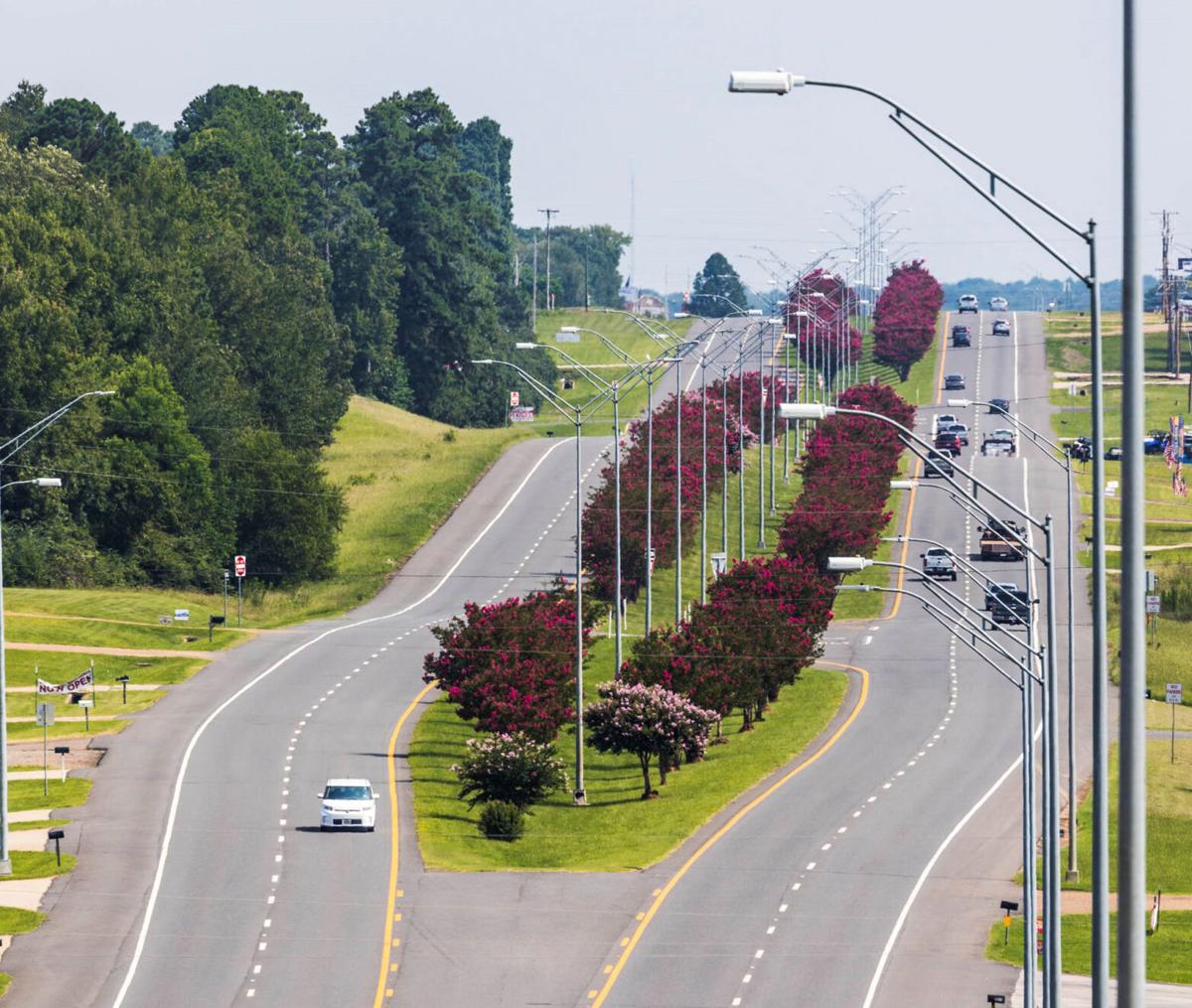 Crepe Myrtles are in full bloom on Hwy. 59.

Crepe Myrtles are planted on Hwy. 59 in the early days.

Crepe Myrtles are in full bloom on Hwy. 59.

The Noon Optimist Club of Marshall met online Aug. 5 with President Le Ila Dixon sharing creative responses to Covid-19 conditions: a Milwaukee attorney meeting in the park at picnic tables with clients and for witness interviews; a portrait photographer using lots of gestures as she poses parents with new babies inside their homes while she takes the picture from outside; and a Grand Rapids community theater that sends performers to patrons’ homes to put on 45 minute cabaret performances in their driveways and yards.

Optimist Al-Ahmadi suggests the Optimist Award in the Mini Monet Art Show of the Regional Arts Council be based on two statements from their creed: 1) “To forget the mistakes of the past and press on to the greater achievements of the future” and 2) “To give so much time to the improvement of yourself that you have no time to criticize others.” Melissa suggests that students display both a current piece of art and an earlier piece for judges to select the most improved student for the Optimist Award. Optimist Richard Magrill suggests the club gives medallions to the winners. Optimist Le Ila will clarify the number of award categories and see if the Optimist Store has medallions.

As he researches the club’s history, Optimist Richard has happened upon a 2010 picture of Rusty Asaff and a program presenter taken in front of an Optimist banner which they no longer have in their possession. He wonders where that banner is especially since it was fringed, tasseled, and in good condition at the time the picture was taken.

President Le Ila has asked Optimist Ned Calvert to check with the Golden Corral to see if they inadvertently left it when they moved their meetings to the Cumberland Presbyterian Church.

Congratulations to Optimist Julie Brock on the arrival of her first grandchild, Solara Michelle Burrow, born at 5:41 p.m. Mon. Aug. 3. Happy Friday Aug. 7 birthday to Optimist Magrill. He has been working with Optimist John Fortune on this week’s history item: “Tickets, Wisteria, Trash and Crepe Myrtle.”

The work of Marshall’s Optimists is mostly written in the lives of the young people it has helped and encouraged. Early on in its Boys Work, the club supported individual Optimists who acted as Big Brothers to boys in need of special attention. Later Optimists would encourage less-troubled youth, both boys and girls, with banquets, awards, and competitions. But like the Lions, Rotarians and others, Marshall regarded the Optimists as a service club. That meant, whatever other perhaps more important and people-focused (or in the Optimist case kid-focused) activities were being done, the community expected “service” from its clubs, which being translated meant “free labor.”

Beginning in the fall of 1946, Optimists joined with the older clubs who were expected to take tickets at the gates of the Central East Texas Fair. It was a big operation and the organizers needed lots of unpaid help in order to pull it off. The ticket taking lasted for years, perhaps as long as the fair was held.

In 1964, when Don Ratcliff was chair of the civic improvements committee of the Chamber of Commerce, the club is approached to do litter pickup. The matter is not immediately approved in the meeting where Ratcliff speaks, but after going through the filter of the club’s directors, it is approved. The Optimists, the News Messenger reports, will gather trash on US80 starting at the Marshall city limits at 1:30 p.m. on Saturday June 20th and work their way into town to North Washington.

The club challenges other civic clubs to join in the program and pick up trash along other entrances to the city. There’s no indication that any other club accepts that challenge, but a photo does show that the Optimists were able to entice some members of Explorer Post 239 and Boy Scout Troop 239 (both of which the club sponsored) to join in. Give him credit, Don Ratcliff was along for summer Saturday afternoon heat.

Litter clean up becomes more organized and less occasional, but even in the late 20th century, the Chamber is begging for help with putting up Christmas decorations for the Festival of Lights, and in the 21st century, the Salvation Army succeeds in enlisting the Optimists as “bell ringers” at Walmart, for one year. Apparently the cold made them more cautious the following year, or, perhaps, they just did not want to cut into the earnings of the paid ringers?

More enduring for good or ill, however, was the Optimist work with wisteria and crepe myrtle. On April 10, 1950 the club votes to take out a membership in the Wisteria Way Assn. and “to support the beautification project individually.” The response is made to Joyce Friend, a director of Wisteria Way, who enlists the Optimists’ support. She explains that an annual wisteria festival will be similar to the azalea and dogwood festivals of other areas. Approaching Marshall from the east, volunteers plant wisteria along US 80. Some of it remains today, but most has been cleared. But you can think of the people who planted those first vines whenever you try to clear out the evocative/pestilential plants descended from them.

But in early 1970 the club is involved with a rather less invasive plant: crepe myrtles.

The civic improvements committee of the Chamber of Commerce announces the planting for Sat., Jan. 19th. On that winter morning, the Optimists grab their shovels and head to the then new section of US 59 beginning at Pinecrest Drive and going south to I20.

Thanks to the research and photography of Optimist John Fortune, we have a photo from the News Messenger files a few years after this planting, as well as, August 2020 views of this lasting labor of love; a physical contribution by the club and many, many others to the beauty of the city.