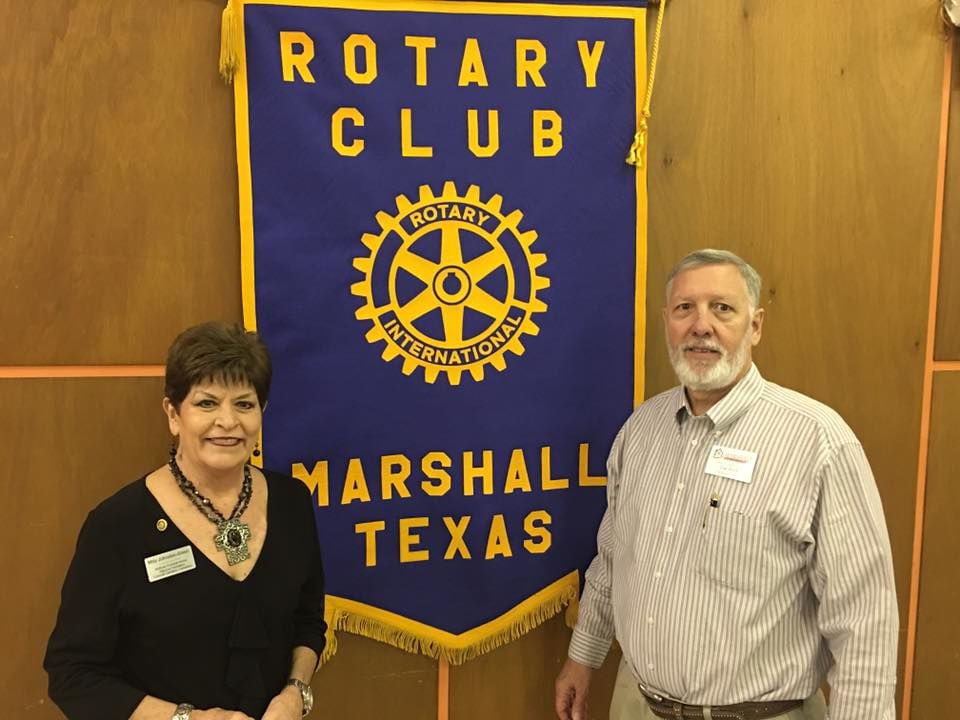 Milly Johnston-Green and Tim Huff are pictured at the regular meeting of the Marshall Rotary Club in October 2018. 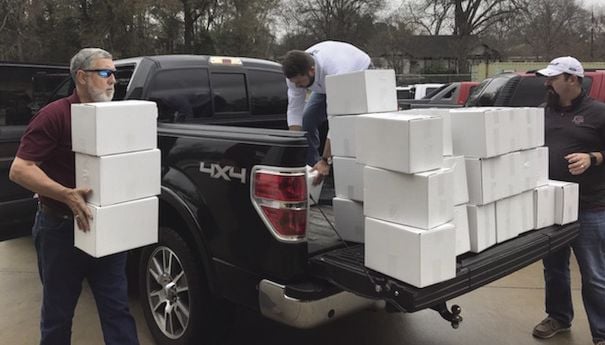 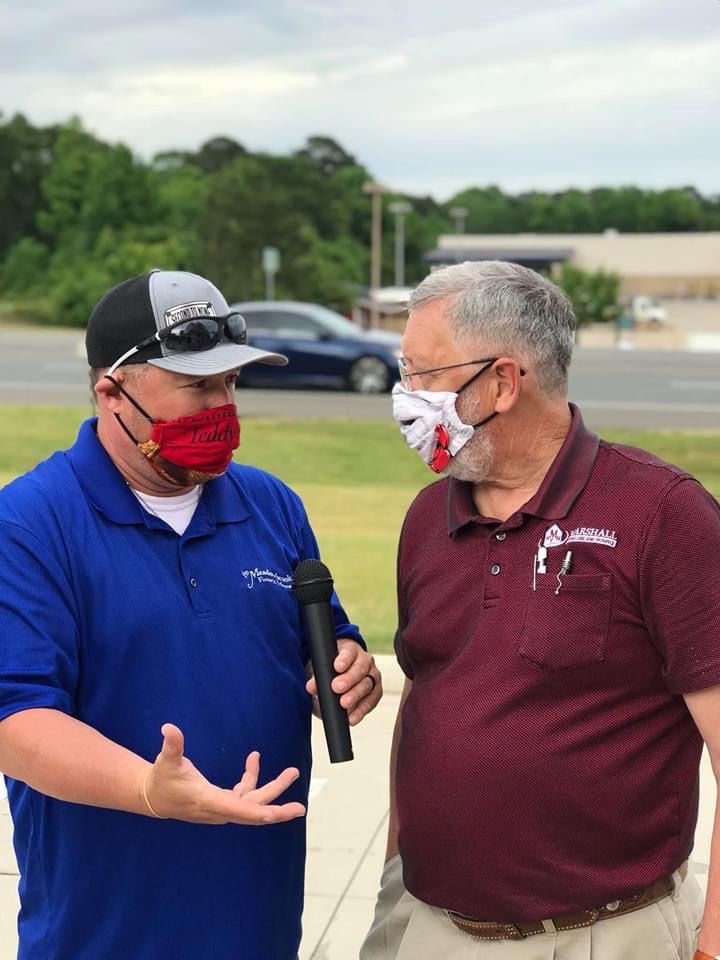 Brandon White and Tim Huff, organizers of UpliftETX speak at a fundraiser in May 2020. 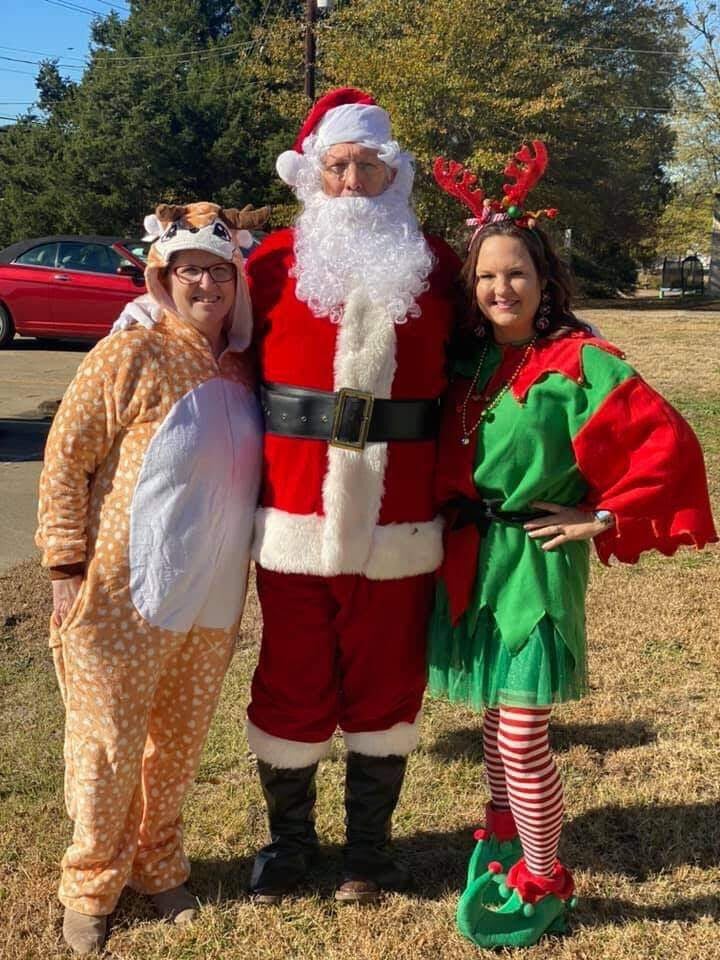 Tim Huff in his role as Santa’s helpers, center, with a reindeer and elf to assist him in December 2020. 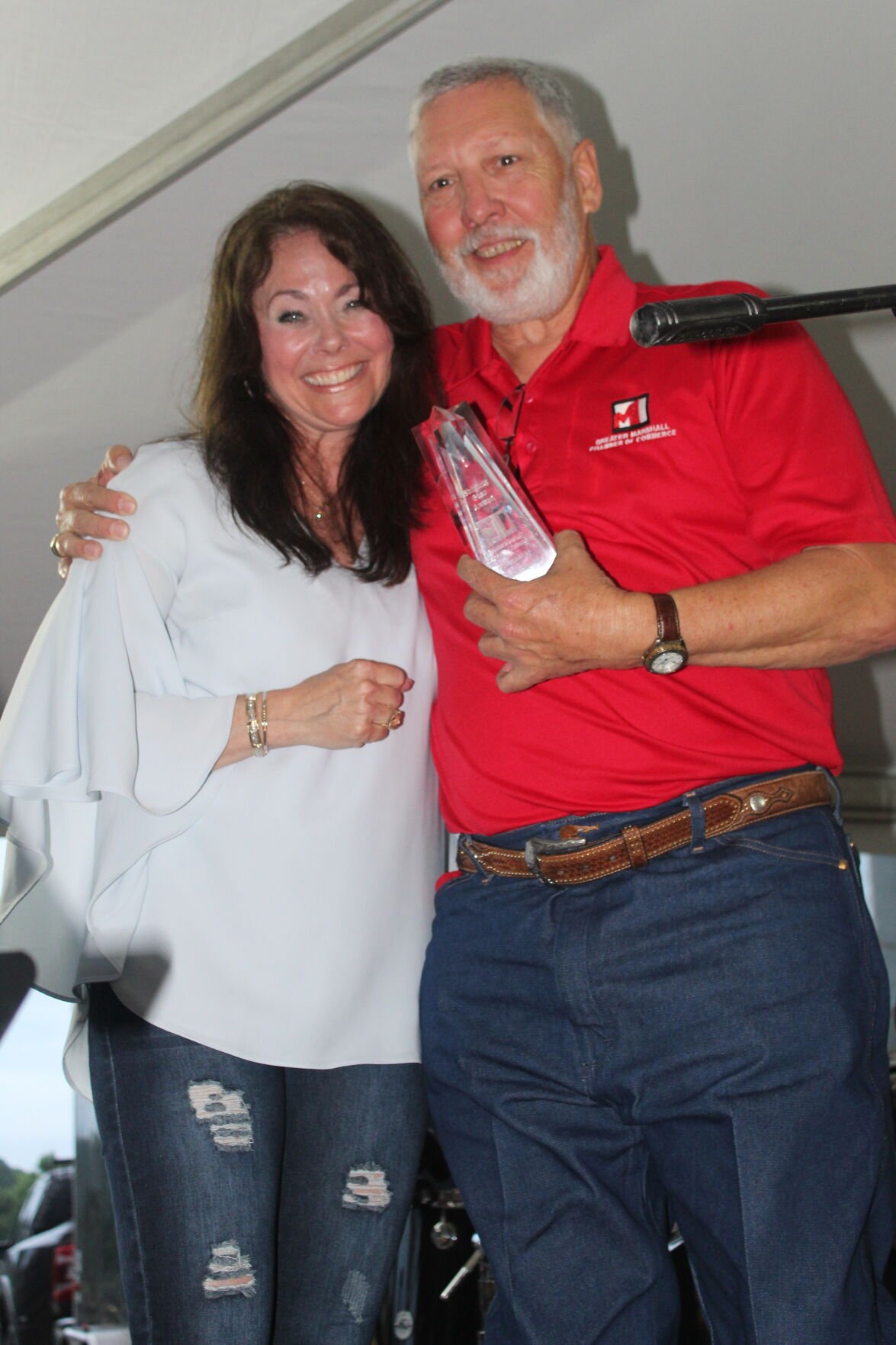 Stacia Runnels poses with Tim Huff after presenting him with an award in June 2021. 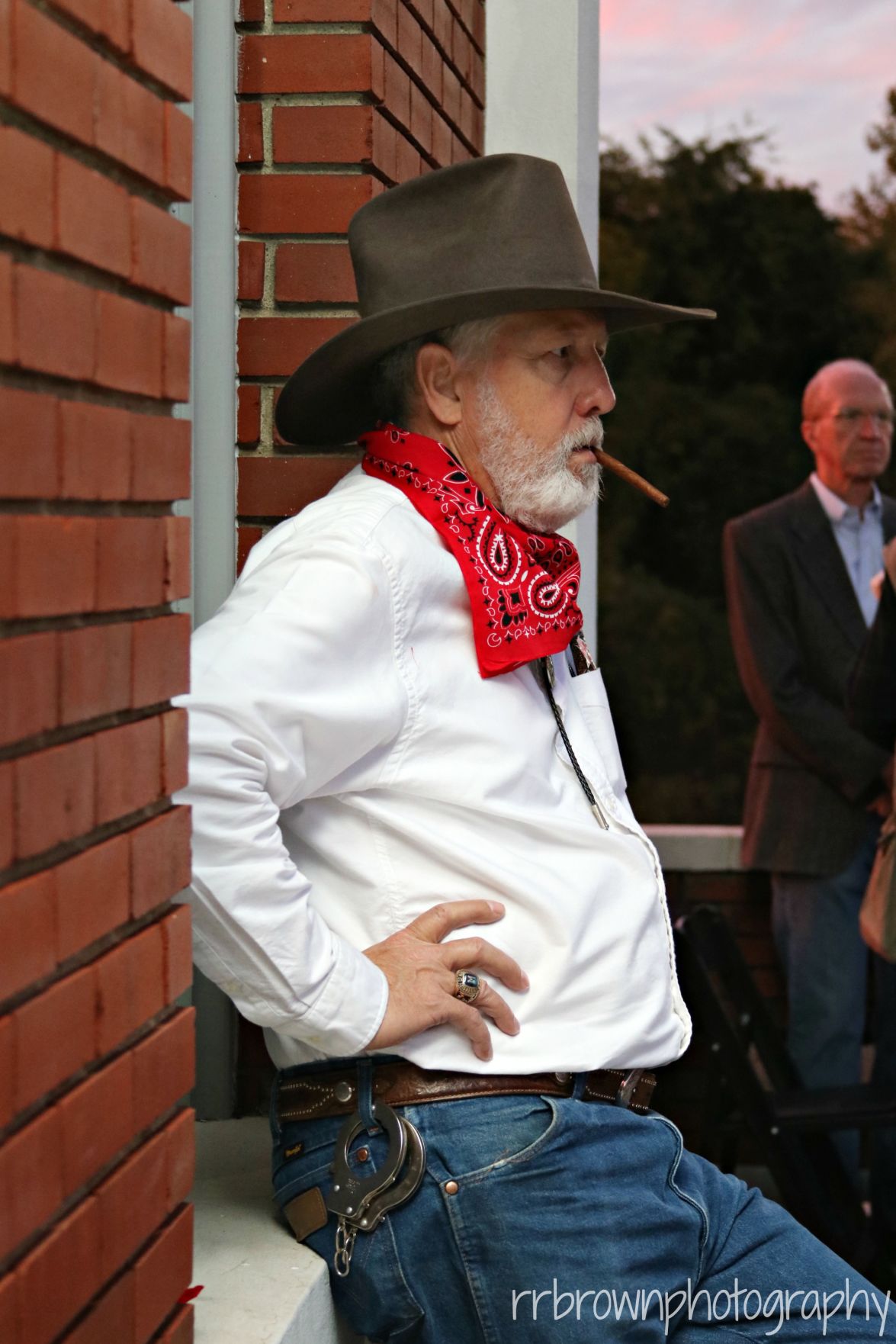 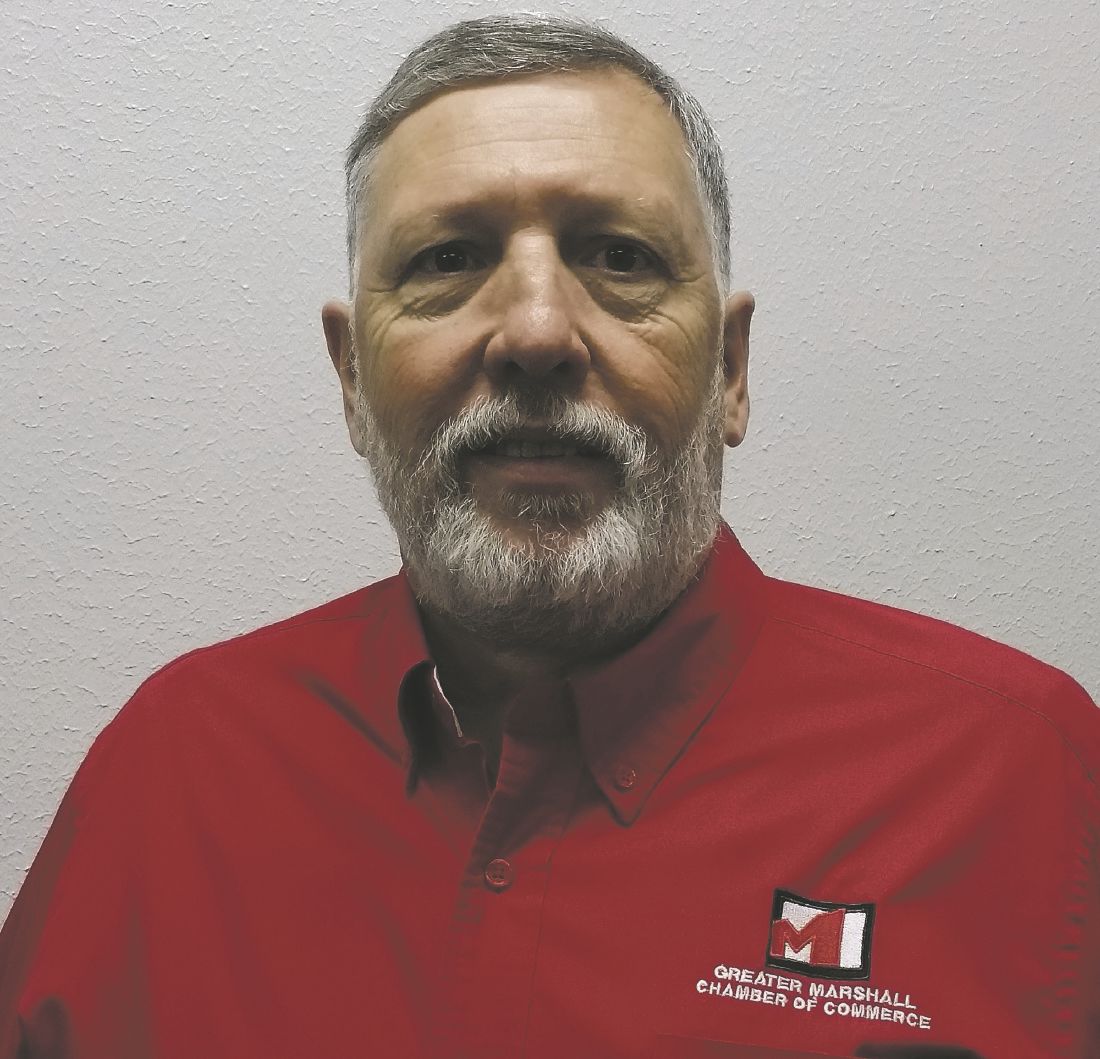 Milly Johnston-Green and Tim Huff are pictured at the regular meeting of the Marshall Rotary Club in October 2018.

Brandon White and Tim Huff, organizers of UpliftETX speak at a fundraiser in May 2020.

Tim Huff in his role as Santa’s helpers, center, with a reindeer and elf to assist him in December 2020.

Stacia Runnels poses with Tim Huff after presenting him with an award in June 2021.

This week the Marshall community has come together to grieve the loss of longtime resident, community activist, friend and father Tim Huff.

Huff’s family announced his death Tuesday, with plans for a funeral service on Sunday at 2 p.m. at the Memorial City Hall Performance Center, with visitation immediately following from 3 to 4 p.m. A private family burial is planned.

Huff is described by family and friends as a man of action, who worked tirelessly within the Marshall community to make a difference in the lives of everyone he met. In addition to his work as a marketing director, Huff served with the Marshall Chamber of Commerce

His daughter, Lindsay Martinez, said that while her father was well known in the community for the extensive amount of time he dedicated to making Marshall better, he is known first and foremost to the family as a great father, and an amazing “pawpaw.”

“He loved us girls so much. He had our backs and would be there in a second to help us throughout any situation. He was our biggest cheerleader. He always let me know that I could do whatever I wanted in life and he made sure to let us know how proud of he was,” Martinez said, “He loved our children so much and was the best Papaw to them.”

Though Martinez and her family live in Tyler, she said that that was no deterrent to a grandfather like Huff, who went out of his way to constantly Facetime her and her children and remained a huge part of their lives despite the distance.

“I know everyone knows what he did in the community, but he was seriously the most amazing dad. I couldn’t have asked for a better man to be my father. He was just the best,” she said.

Huff worked at Marshall Homecare and Hospice as the company’s director of marketing since June 2017.

“He was a breath of fresh air for our company when we needed it most. He immediately became an integral part of our team,” Chelsea Parker, with Marshall Homecare and Hospice, said.

Parker said that Huff brought years of experience to the staff, as well as a plethora of community connections, making him a vital part of the company.

“His voice filled our office with laughter and light hearted jokes that are so needed in the healthcare industry, especially in the wake of COVID-19,” she said. “Tim always served with his heart. He was our yes man. He made ‘it’ happen no matter what, no matter the time frame or inconvenience. He was our hamburger griller, our heavy lifter, and our man with a plan. His smile will be missed along with his attitude. He was our biggest supporter. He made everyone he came into contact with feel as if they were the most special person to him.”

Huff’s passionate spirit for giving extended into his work, according to Parker, who said that Huff had a special weekly activity he did as the center, where he engaged with the residents. She said that they were so important; no resident ever missed the weekly “Tim Time.”

“At these activities he spent his time engaging in the lives of people who might not have someone else to care about them. He talked about their past and memories that they could relate to but most importantly he took the time to listen to each person’s stories and inputs,” she said, “We are thankful at Marshall Homecare and Hospice to have known and loved Tim Huff. His shoes can never be filled but we will strive to live up to his legacy.”

Huff also served for many years with the Marshall Chamber of Commerce board of directors, even taking a term as president of the board.

Secretary of the Marshall Chamber Commerce Board Sandy Futrell said that she served with Huff on the board for the last three years, describing him as the go-to person when help was needed.

“He was one that I would get advice and looked up to. Tim was always willing to help out in anyway. From helping decorate with the Chamber Banquet, Law Enforcement Banquet and Business and Industries to picking up and delivering silent auction items,” Futrell said, “Tim played a big part in the Fireant Festival; he would show up on Thursday and would be the last one to leave on Saturday. He will be missed by so many people in our community. He was our shining star.”

Huff’s legacy was remembered by many city officials and residents.

Fire Chief Reggie Cooper said Huff was “not only a friend but a go-to guy for me, this department and this city.”

“The works that he did constantly and will continue to speak for him,” Cooper said. “I send my condolences and prayers for comfort to his family. He will be terribly missed.”

“He often said, ‘I don’t care if we’re playing tiddlywinks, I’m going to try to win.’ He was so competitive that even though Marshall and Carthage didn’t compete this year in Mash Bash, he still kept a tally of donations for both cities so he’d know who would’ve won,” she said.

Booke Collier met Huff when she first came to work at Oakwood House, and she said he was the first person to welcome her with open arms.

Marty Vaughn described Huff as a person who dedicated his life to Marshall.

“Tim worked so tirelessly, day in and day out, helping the elderly, the hungry and the indigent in our community,” Vaughn said. “I strive to be like Tim daily, but I will never measure up. He was the pebble that caused the Ripple Effect in Marshall and the surrounding areas. He made everyone around him feel loved with his servant heart and bright smile.”