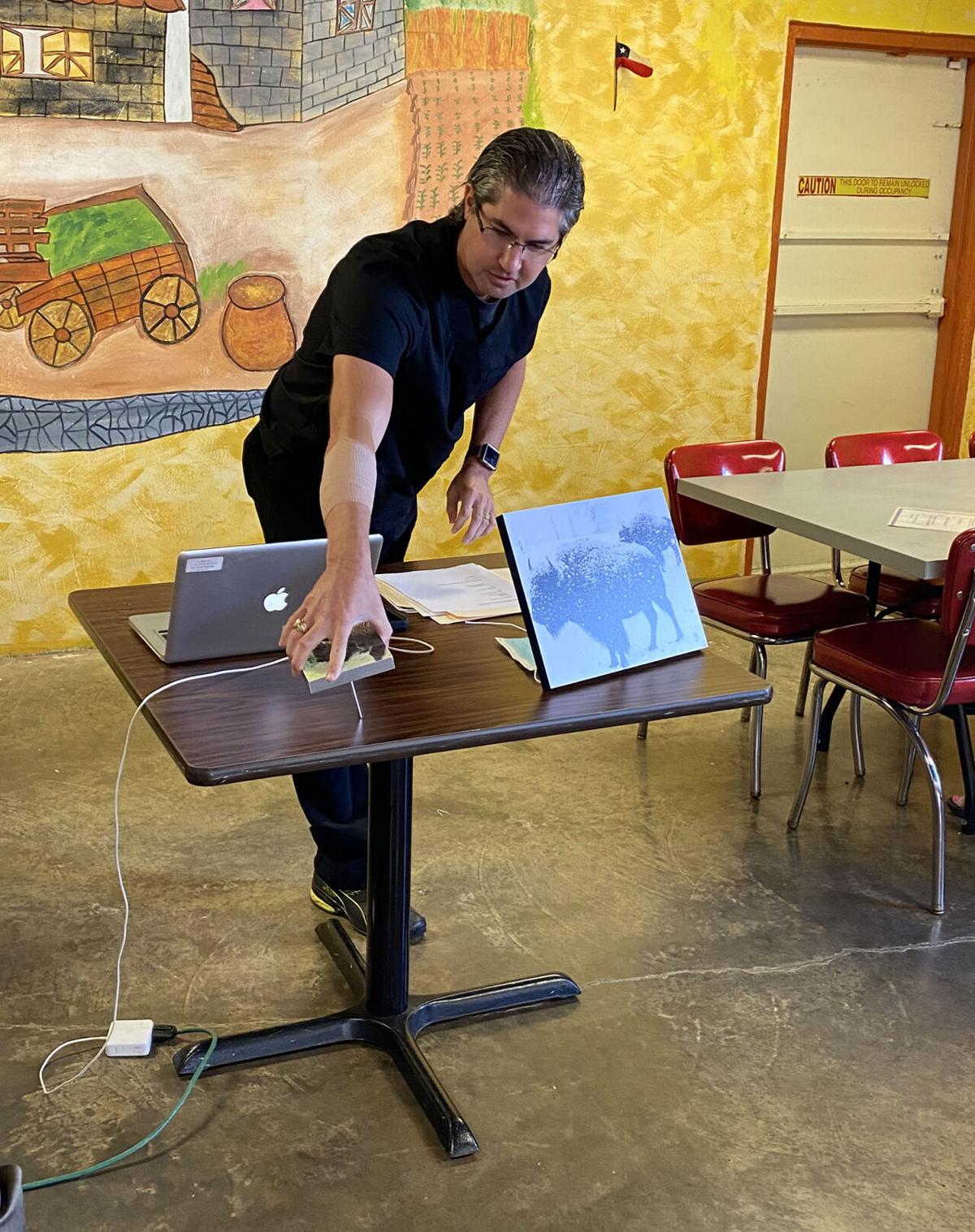 Curtis Lane, owner of Lone Star Ranch in Linden, sets up photos of his buffalo at the start of a Marshall Rotary Club meeting. 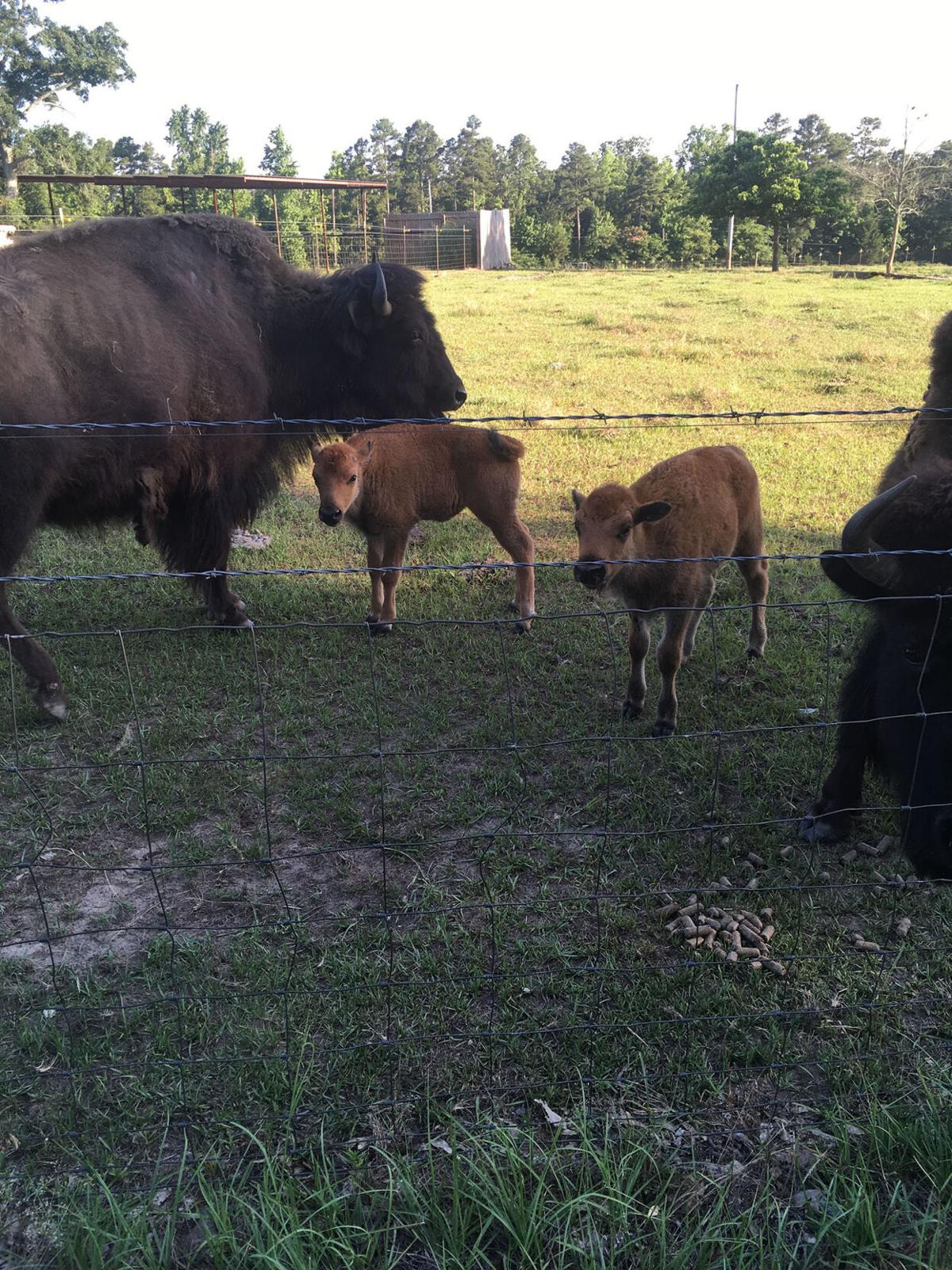 Curtis Lane, owner of Lone Star Ranch in Linden, sets up photos of his buffalo at the start of a Marshall Rotary Club meeting.

“What do you call a baby buffalo?” a Marshall Rotary Club member inquired during Thursday’s weekly meeting. “A baby buffalo,” Curtis Lane, owner of Lone Star Ranch in Linden said among laughter from the club. “They’re actually called a calf, just like cows.”

Serving as the guest speaker during the weekly club meeting, Lane entertained the club with tales from his ranch, offering many humorous stories, along with some serious ones.

“He will chase you down for a banana,” Lane explained about Dave.

Currently, some of the bison serve as a source of food since bison meat is popular and not that easy to find.

Rotarians were able to learn several interesting facts such as buffalo can jump more than 6 feet standing completely still, run much like a deer and at more than 1,000 pounds, they stay where they want to.

“The first thing I always wanted to go see at the zoo when I was a kid were buffalo,” Lane said. “I just think they are really cool animals.”

His love for the animals didn’t even waver after he was gored in the leg and nearly bleed out because the buffalo caught his femoral artery.

“She was protecting her baby and I simply got in the way,” he said about the incident.

Thankfully as a physician’s assistant, Lane knew exactly what to do and was able to direct his son to apply a rope as a tourniquet. He was then lifeflighted to Shreveport after being stabilized by paramedics.

Ironically, the “baby” that the mom was trying to protect is now located in Jefferson at the Jefferson Animal Safari.

Rotarians were also able to visit with District Public Image and Social Media Chair Sarah Fox, who came to visit the Marshall club from the Longview Greggton club on Thursday.

As a result of the pandemic, the Marshall Rotary Club is currently meeting at noon every Thursday at Jose Tequila’s.