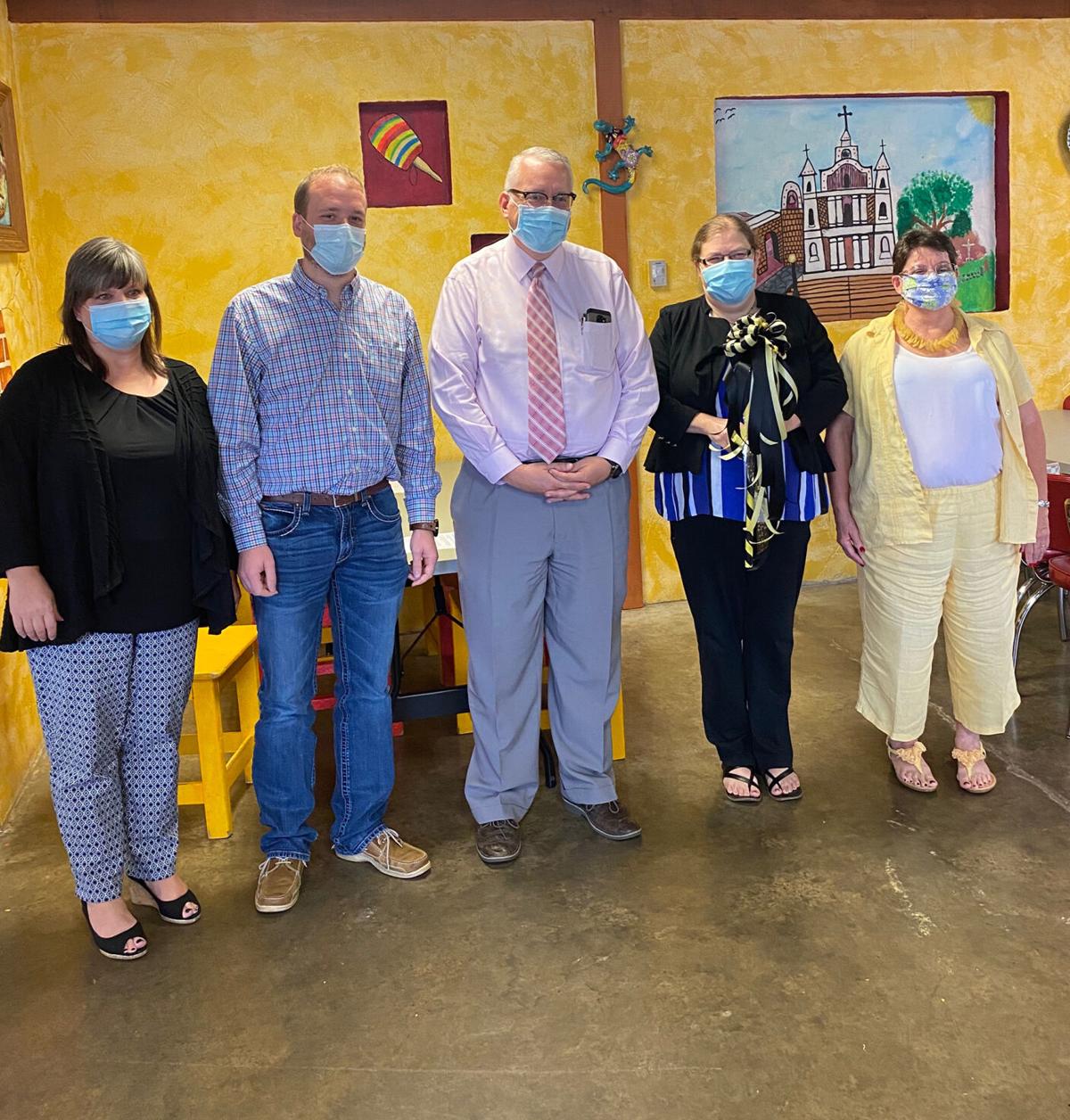 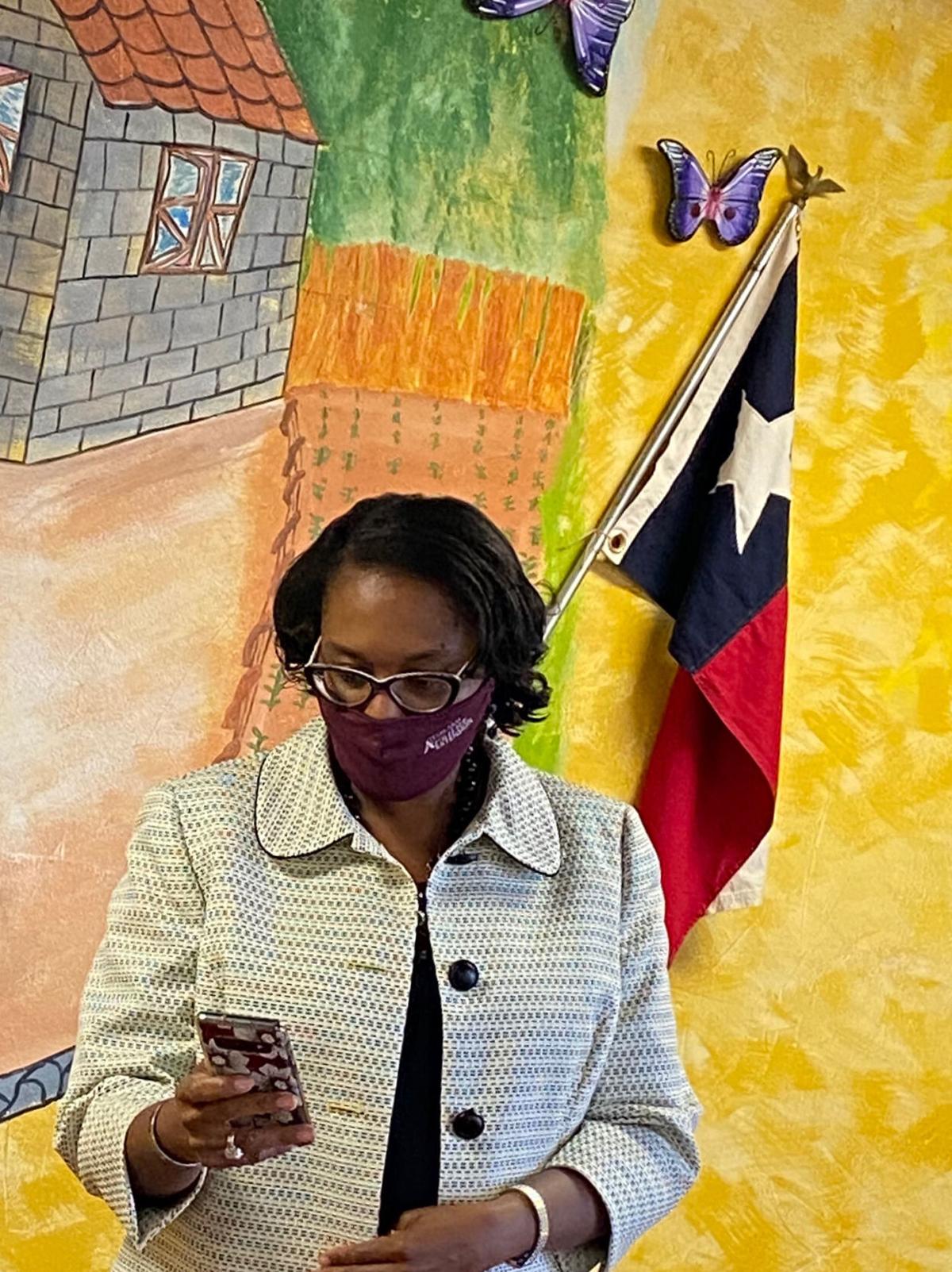 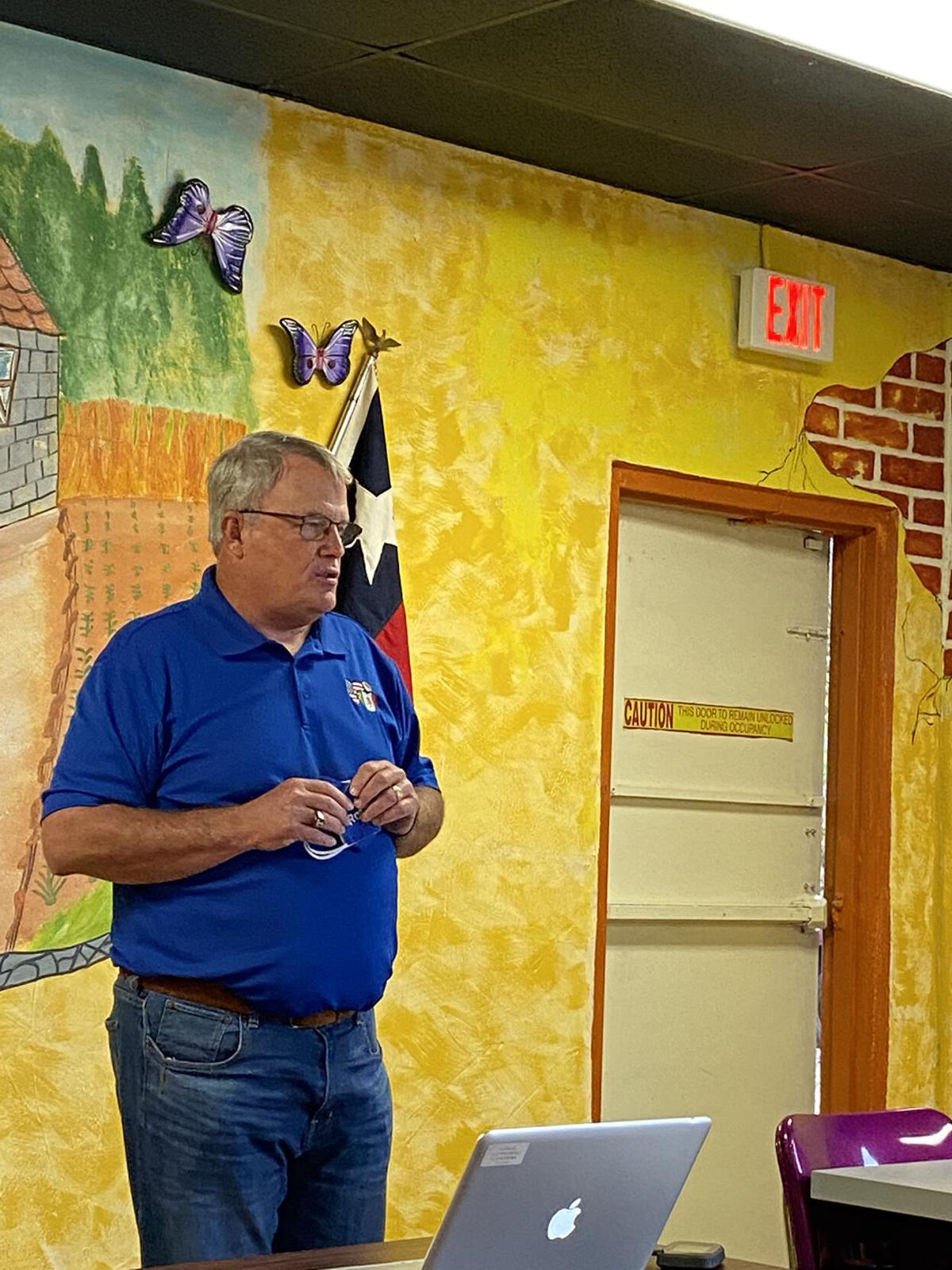 The Rotary Club of Marshall hosted its weekly meeting on Thursday and members of the club’s spelling bee team for the Marshall-Harrison County Literacy Council Virtual Spelling Bee were presented with a bee-autiful spirit stick.

During the virtual bee held in September, the Rotary Club had the most shares, likes and virtual “cheers”, which awarded them the spirit stick award.

Executive Director Karen Bickerdike presented the club and spelling bee team members Wyndi Veigel, Jordan Shaw and Robert Coleman with the spirit stick award. The club will hold onto the award until next year’s bee and then pass it on.

Rotarians also held an update of how the club is doing during their Rotary Club Assembly. Ted Huffhines discussed the upcoming virtual Rotary Club District Conference. Jerry Pye discussed the upcoming fundraisers for World Polio Day and the prizes that would be given to participants. Louraiseal McDonald mentioned what the membership committee had on tap and upcoming plans for the Christmas holidays. Milly Green mentioned the need to continue having new member orientation and that raffles would be starting again.

Glenn Bickerdike mentioned the club’s scholarship fund and two grants that were recently presented to Mission Marshall and ETBU.

As a result of the pandemic, the Marshall Rotary Club is currently meeting at noon every Thursday at Jose Tequila’s.