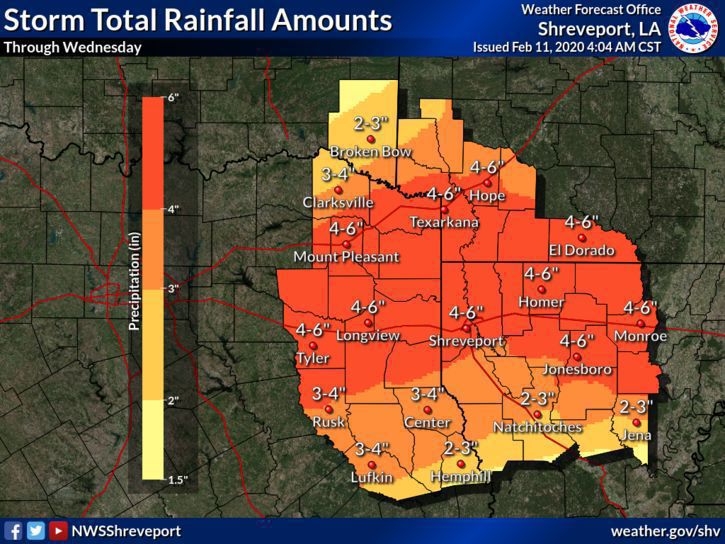 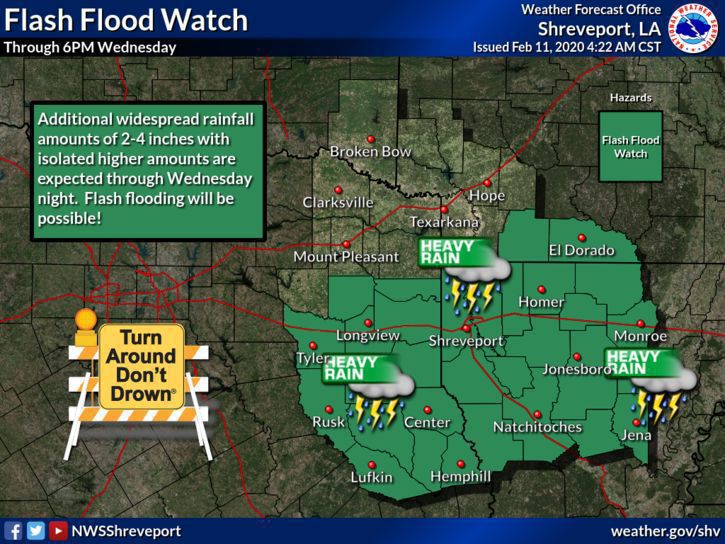 Harrison County remains under a flash flood watch through 6 p.m. Wednesday as storms are expected to bring even more rain to the area, the National Weather Service said Tuesday morning.

According to Marshall PD Public Information Lt. Len Ames, the police department has not responded to any flooding related calls in the city itself nor do they know of any impassible roads within the city limits as of noon on Wednesday.

Harrison County is expected to receive between 4 and 6 total inches of rain through Wednesday.

"An additional 2 to 4 inches of rainfall with localized higher amounts will be possible," the NWS said in a statement. "Flash flooding will be likely with prolonged thunderstorms as grounds are already saturated and additional rainfall will quickly runoff."

The National Weather Service was reminding everyone to "turn around, don't drown," as flooding could make some roads impassable.

The NWS said that showers and thunderstorms would continue Tuesday and overnight — with heavier rainfall expected Tuesday night that would keep a flash flood threat in place.

Although the National Weather Service was predicting some severe weather for parts of the central Louisiana and western Mississippi on Wednesday, Harrison County was not included. The NWS's threat risk for Harrison County just included thunder.