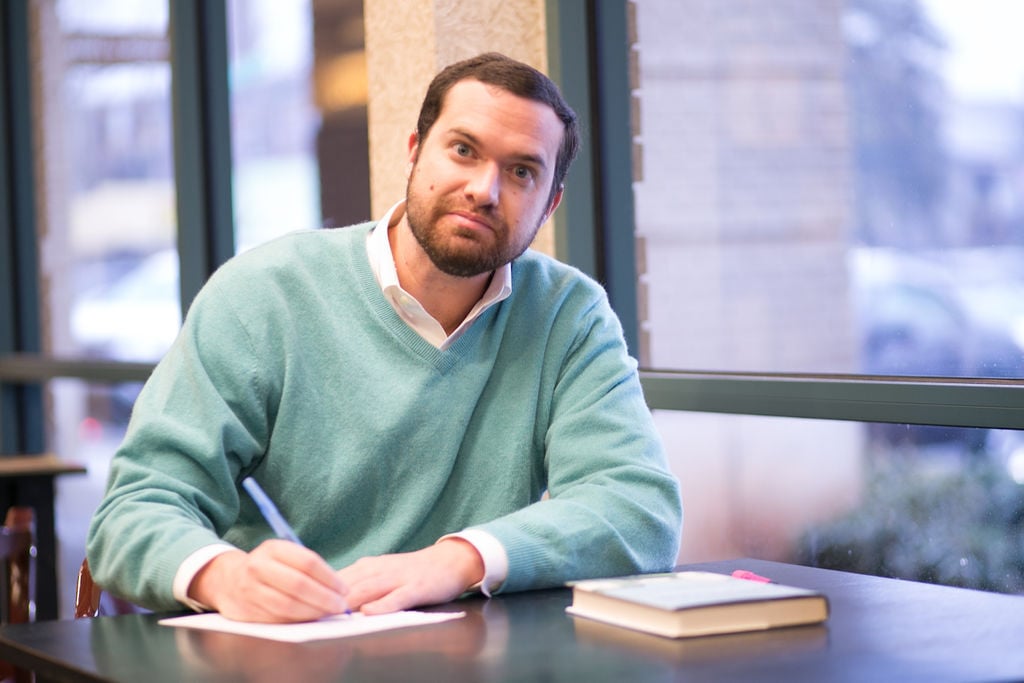 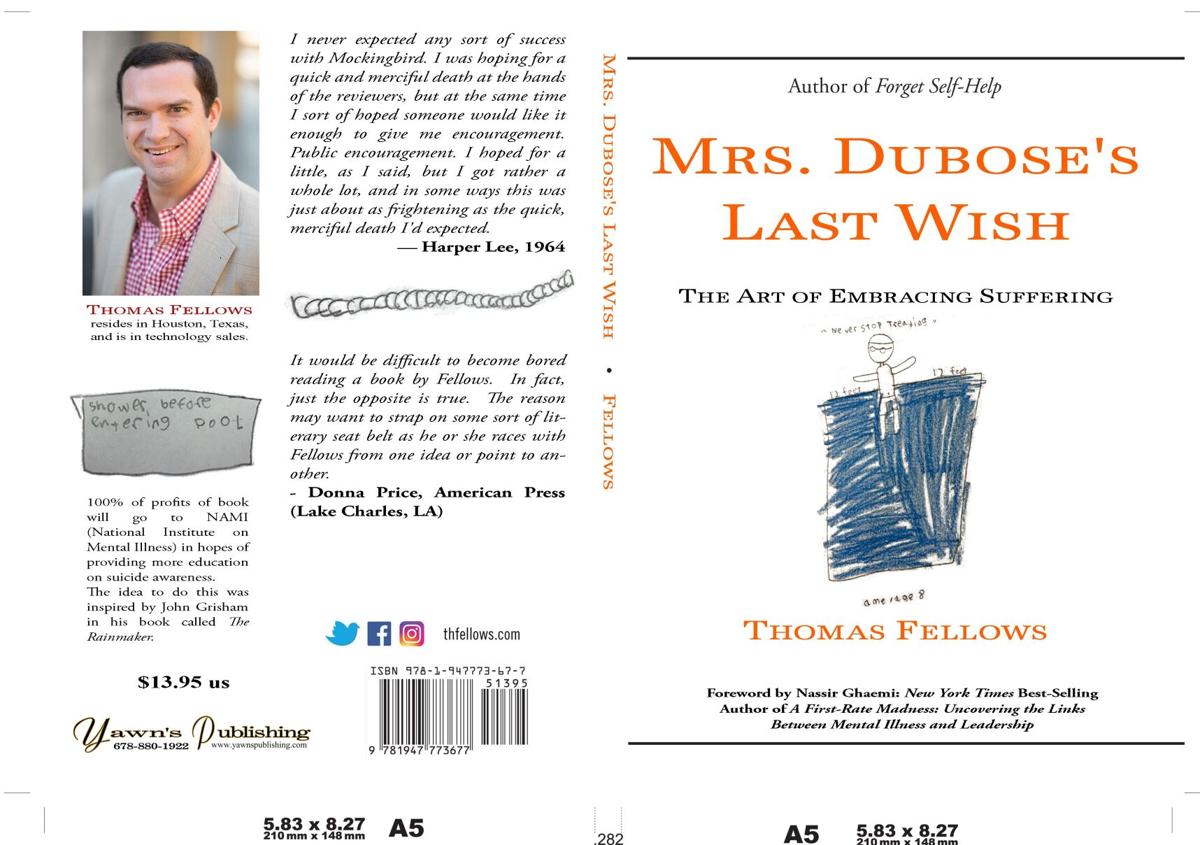 Thomas Fellows, who currently resides in the Houston area, is gearing up to publish his fourth official book “Mrs. Dubose’s Last Wish: The art of embracing suffering.”

Fellows said he was inspired to write the book by author David Brooks, and his bestselling book “The Road to Character” along with the character of Mrs. Dubose from “To Kill a Mockingbird,” and was able to complete the book in six months while also working a full time job.

“In April of 2019, I met David Brooks in person at Peachtree Presbyterian Church in Atlanta, the church I went to growing up,” Fellows said, “I was connected with him because a classmate from high school took a class of his at Yale, and subsequently worked on his next two books. It meant the world that he took me seriously as an author. He told me, ‘as a writer, you get to say what you think.’”

For the book Fellows said he examines the art of suffering, and how human beings need to suffer to develop empathy and a deeper understanding of each other’s lives.

He said he explains in the introduction: “The main thesis of this book, I suppose, is that while 99 percent of the world tries to avoid suffering, the most successful people and people that will be remembered for generations to come, not only choose to suffer, but embrace it fully, often asking for more. Suffering is not for the faint of heart, but neither is anything that leads to something truly meaningful.”

Earlier is his life Fellows dealt with depression that led him to be suicidal. He now says that he’s grateful for that time in his life, and the strength he was able to gain from that experience.

“I knew my suffering would lead to more empathy,” Fellows said. “I am likely going to be making seven figures next year, working 20 hours a week and I can do that because I am able to read people very well, and that’s because of empathy.”

Throughout the book Fellows said that he uses classic literature, history, popular music, movies and the Bible to make his points. He also devotes a chapter each to two of his mentors, Bill McDermott and Eric Motley.

Bill McDermott is a tech CEO who at the age of 27 became the youngest appointee of the George W. Bush administration. Eric Motley currently serves as Executive Vice President and Corporate Secretary of the Aspen Institute.

“I got connected to McDermott when I sent a cold LinkedIn message and email to him at age 25 asking him for a job. He got me in touch with recruiters, but I didn’t get the position. Months later, McDermott would be involved in a life-threatening accident where he lost one eye. I sent him an encouraging quote from Thomas Paine and we have kept in touch ever since,” Fellows said, “I got connected to Eric Motley because we were both in the Pi Chapter of Sigma Chi at Samford University in Birmingham, AL. Motley is 17 years older than me however.”

Fellows said the book will be available on May 8, and is currently available for preorder through www.amazon.com/Thomas-Fellows/e/B0839Q34PZ%3Fref=dbs_a_mng_rwt_scns_share.