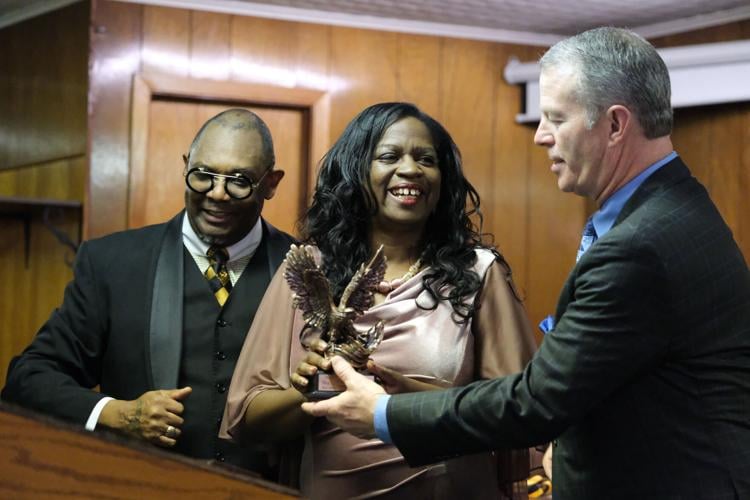 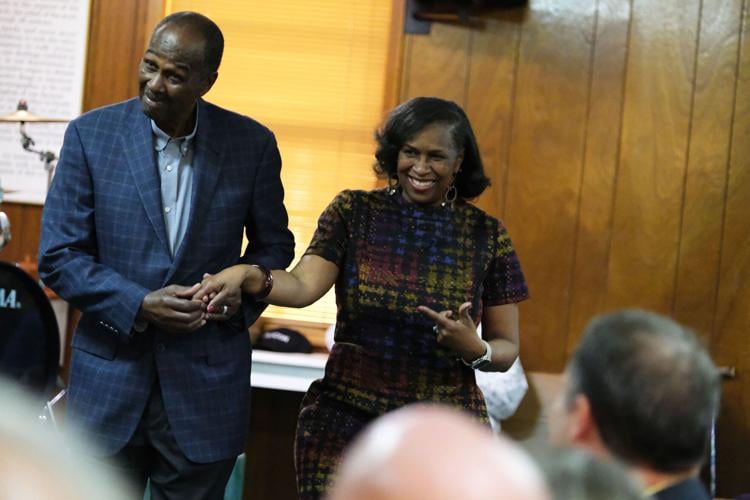 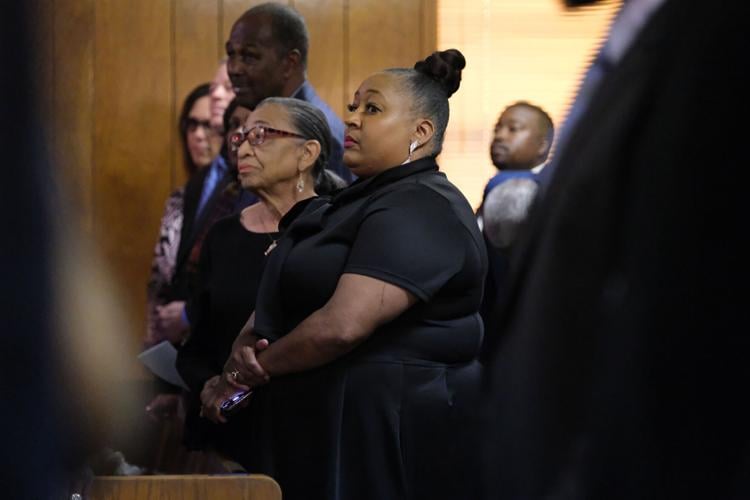 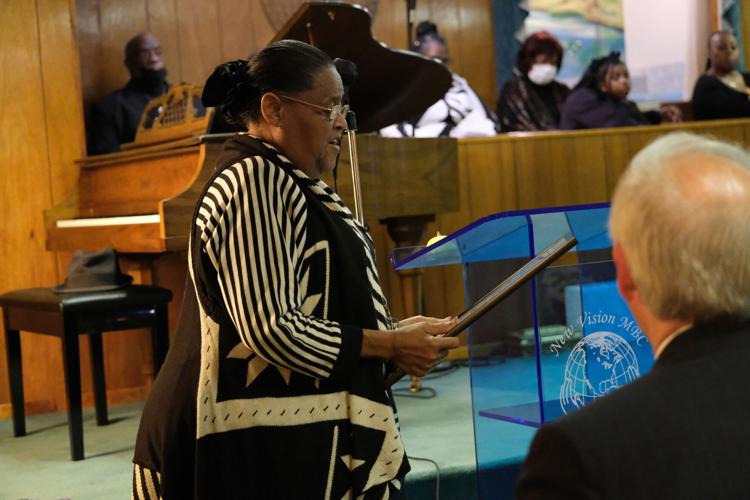 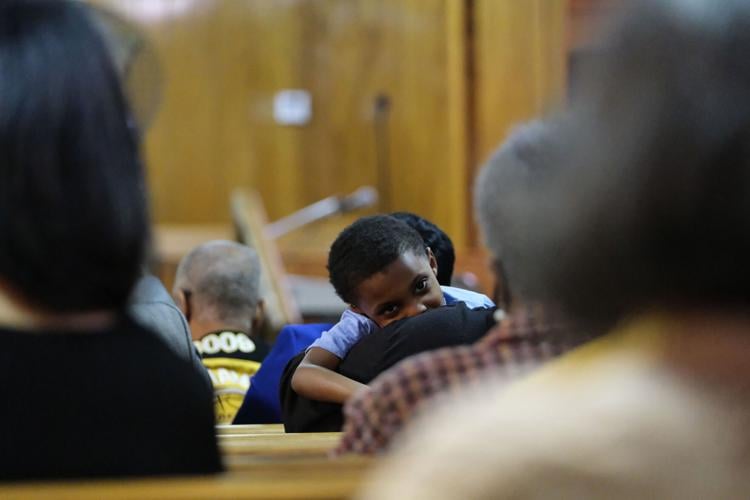 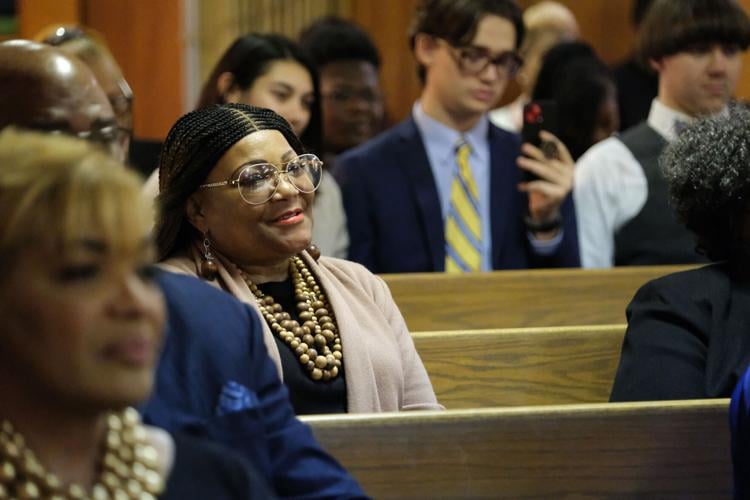 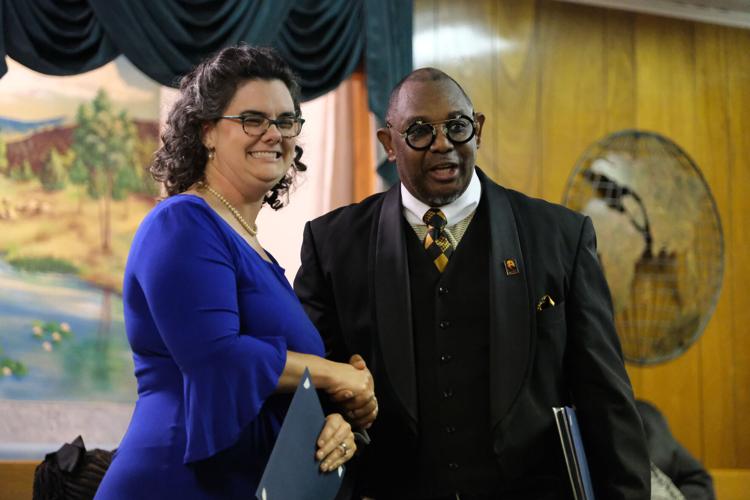 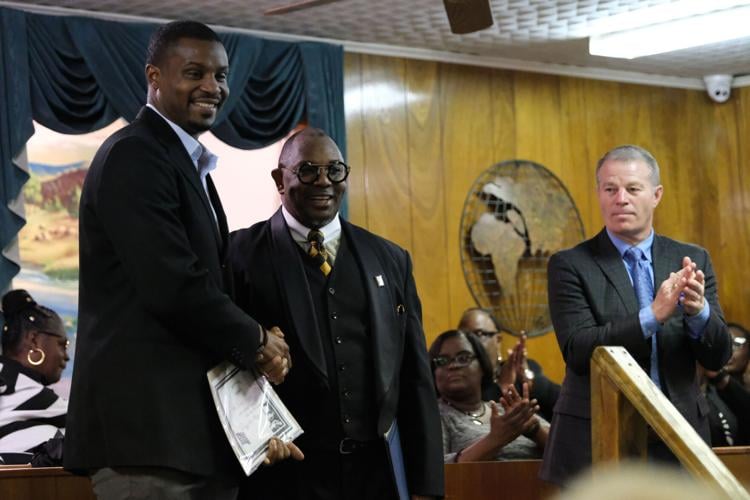 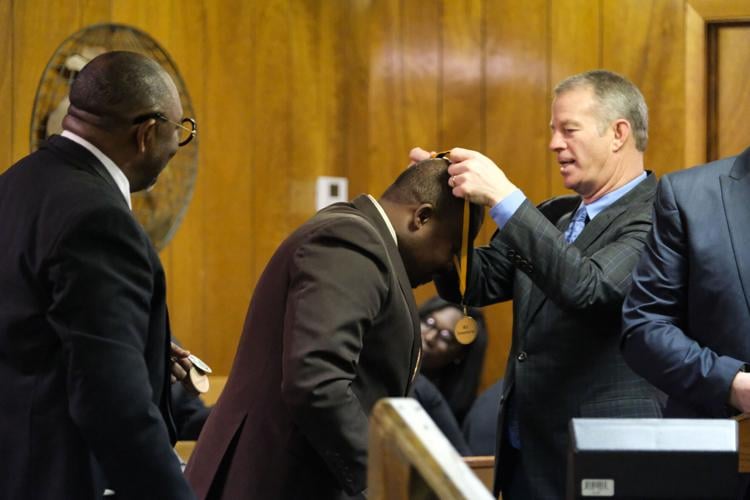 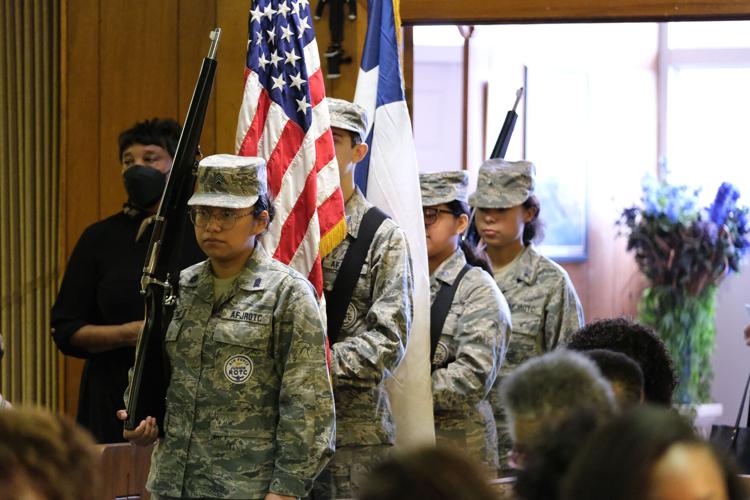 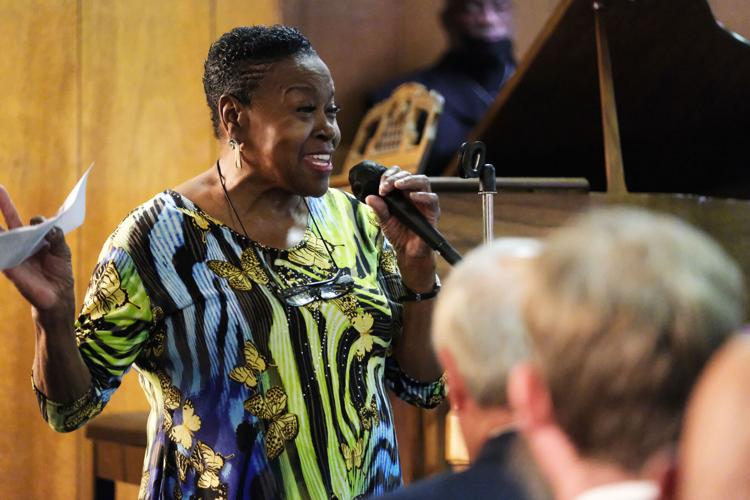 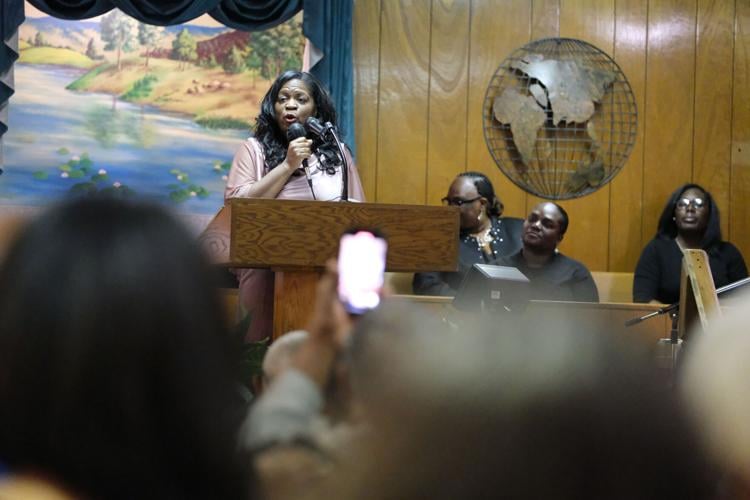 Reflecting on Martin Luther King Jr.’s legacy, News Messenger reporter Robin Y. Richardson remembers these words: “If you can’t fly, then run. If you can’t run, then walk. If you can’t walk, then crawl. But whatever you do you have to keep moving forward.”

King never lost faith and worked with others to bring his dream of racial equality to life. That idea of making an impact is something Richardson encouraged others to continue to do today.

“Dr. King used nonviolent protests and civil unrest to make effective, positive changes in America. Today, we will honor the leaders in our community who have followed Dr. King’s example,” Brother David Reaves said before the awards were handed out. “They have worked hard and given that commitment make our community a better place to live. Today we would like to show our appreciation, let our honorees know that their efforts have not gone unnoticed.”

During the event, District 5 Councilmember Reba Godfrey presented a proclamation from Mayor Amy Ware to honor New Vision MBC for their event.

“And whereas to recognize honoree who have made a positive impact within the community and collected from a diverse group of persons targeting religious leaders, educators, civil servants, law enforcement, political leaders, medical and business professionals... the Marshall City Council congratulates the organizers and contributors for all they are doing to commemorate the significance of this important time in history,” Godfrey read.

Richardson noted how, in his life, King accepted the call of God and allowed Him to use King as a vessel to carry out His plan. That’s power, she said, and that power of brotherly love, humanity, benevolence and courageousness dwells in each of us, Richardson said.

There’s also power in prayer, she said. Prayer can change things for the better.

“I know in this journey of life that we’re going to get tired; I know that we’re going to get weary, I know that we’re going to have some disappointments when you’re out there serving, doing charitable efforts,” Richardson said. “It may seem that you’re in this alone. It may seem that your labor is in vain. It may seem like you’re being taken for granted, or that it’s a thankless job... you’re not getting acknowledged for your efforts... just know that God says in Galatians 6:9 Let us not grow weary in well-doing for in due season we shall reap, if we do not lose heart.” So, please, do not lose heart. Keep that passion... Know your purpose... And, by all means do not stop.”

Richardson said her work in journalism in her hometown is a path God made for her, and in that path she’s found fulfillment and purpose. She’s been able to meet celebrities like Denzel Washington and Tyler Perry, but she said her favorite story was interviewing a homeless man who had found refuge off of U.S. 59 South.

She had seen the growing homeless population and Marshall and decided to write about them, talking to David “Rufus” Eckhart about his life. That story, through the magic of the world wide web, she said, caused David’s brother to reach out to her and help him reconnect to the brother he had been looking for for years.

About a year later, David died with his family by his side. Richardson said his brother reached out again and thanked her.

“He told me that had it not been for that story you wrote about the homeless, we would have never known where he was, we never would’ve reconnected with him before his journey’s end, and because of that story we were able to reconnect with him, we were able to keep in touch with him and we were able to be with by his side on his death bed,” Richardson said.

“That, to me, is service. That, to me, is impact. That to me is meaningful. That, to me, is fulfilling to be able to help someone. So, I look at my role or profession as a calling," Richardson said. "I know, without a doubt in my mind, I am on assignment for God. I know that that’s from dream to destiny. God has placed me where He wants me to be.”

She encouraged everyone to find where God wants them to be and then “grow and glow” in their destiny.

Meredith Shamburger oversees newspapers in Carthage, KIlgore and Marshall. A Carthage native, she has been with M.Roberts Media since 2016. Before joining the staff, she served as a reporter with the Dallas Morning News.