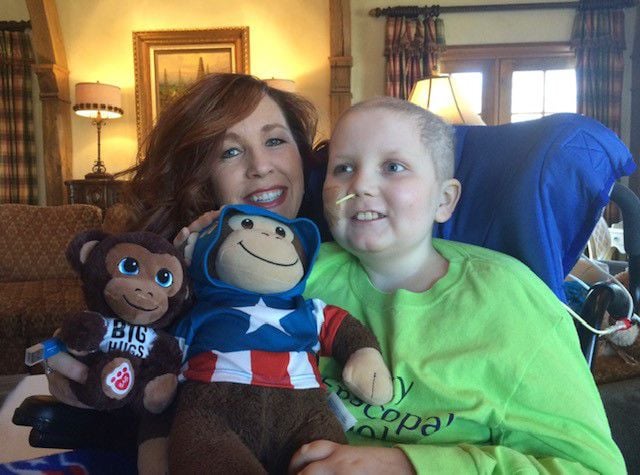 Ashleigh Dinkin’s Aunt Karen Scrivener and John David Scrivener pose with sock monkeys before his death in 2016 from Medulloblastoma. 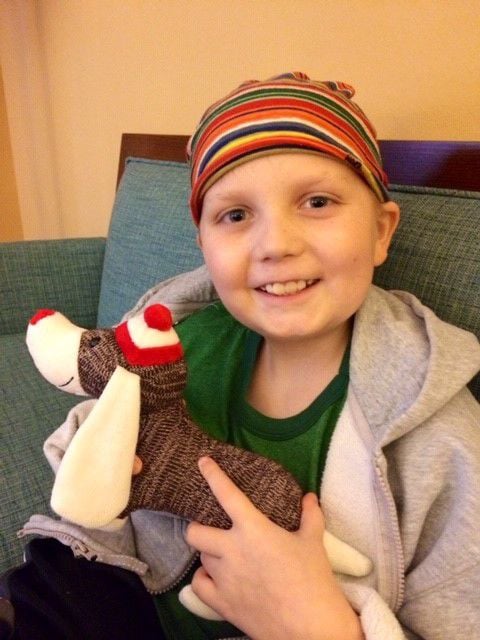 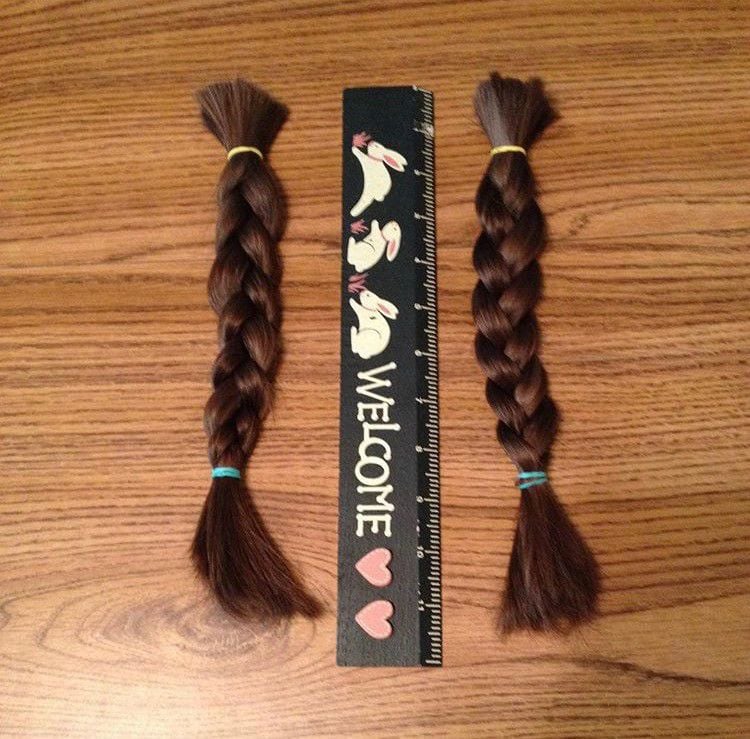 Ashleigh Dinkins hair the last time she cut it all off in 2015, though this time will be different with Dinkins planning to shave her whole head on Thursday.

Ashleigh Dinkin’s Aunt Karen Scrivener and John David Scrivener pose with sock monkeys before his death in 2016 from Medulloblastoma.

Ashleigh Dinkins hair the last time she cut it all off in 2015, though this time will be different with Dinkins planning to shave her whole head on Thursday.

For a lot of women, hair is a point of pride, a tool of self expression and a symbol of femininity. For Ashleigh Dinkins, it is a way of giving back.

Dinkins plans to shave her head Thursday at a Marshall event to raise awareness for childhood cancer and to donate the locks to Children With Hair Loss.

She is also raising money during the process, which will be donated to the St. Baldrick’s Foundation, which works to help find cures for children with cancer.

“I’ve never colored, dyed or treated my hair in anyway, so it works out that this is something I can do,” Dinkins said.

Dinkins has been donating her hair for years, having chopped it off at least three times before — the last time donating it to Children With Hair Loss in 2015.

However, this is the first time that Dinkins will be shaving her entire head.

She said that her motivator for this change was watching her family go through the devastating process of losing a child to cancer.

John David lost his fight to Medulloblastoma in 2016, days before his 12th birthday.

“This is really just for him, and to bring awareness to childhood cancer research because it is so greatly underfunded,” Dinkins said.

She explained that childhood cancer is the number one disease for children in the country, but it is only allocated about 4% of federal funding for research.

Even though children lose more of their lives to cancer, adult cancer is funded much more readily.

“Much of the research for childhood cancer will also benefit adults as well,” Dinkins said.

Though she is donating her hair on Thursday, she said that she plans to keep the fundraiser open until Oct. 5 so that more people can donate to the cause.

To donate, community members can go to www.stbaldricks.org/participants/thedinkins. As of Monday, Dinkins had raised about $3,600 for the cause.