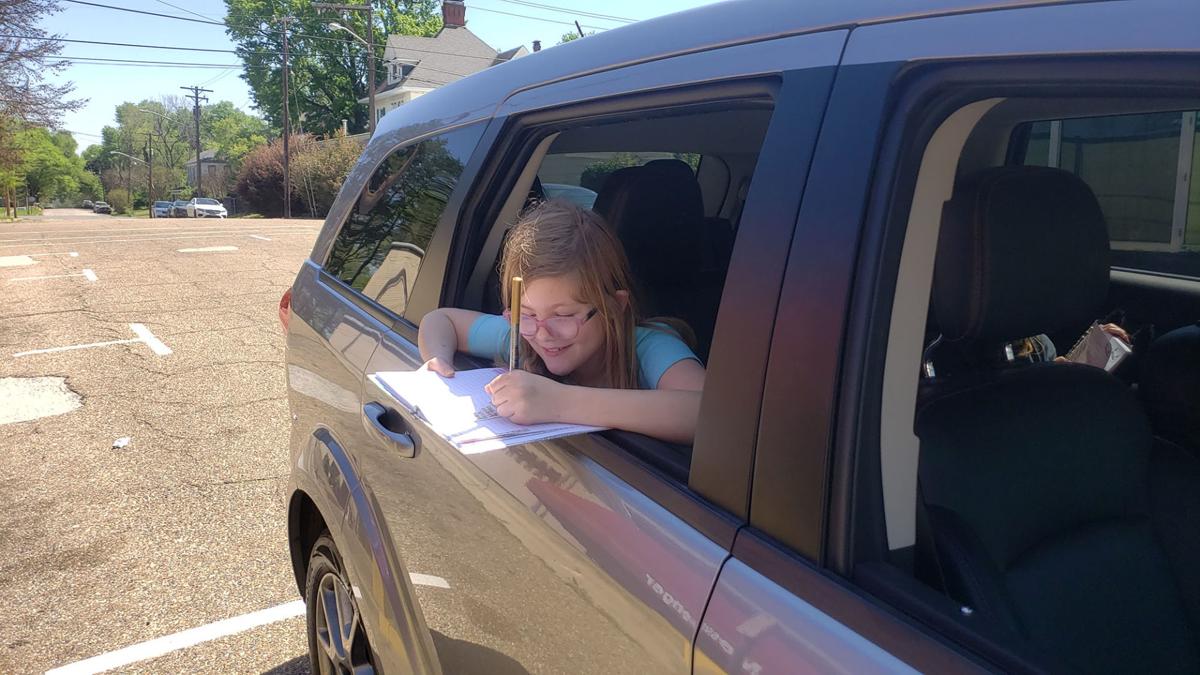 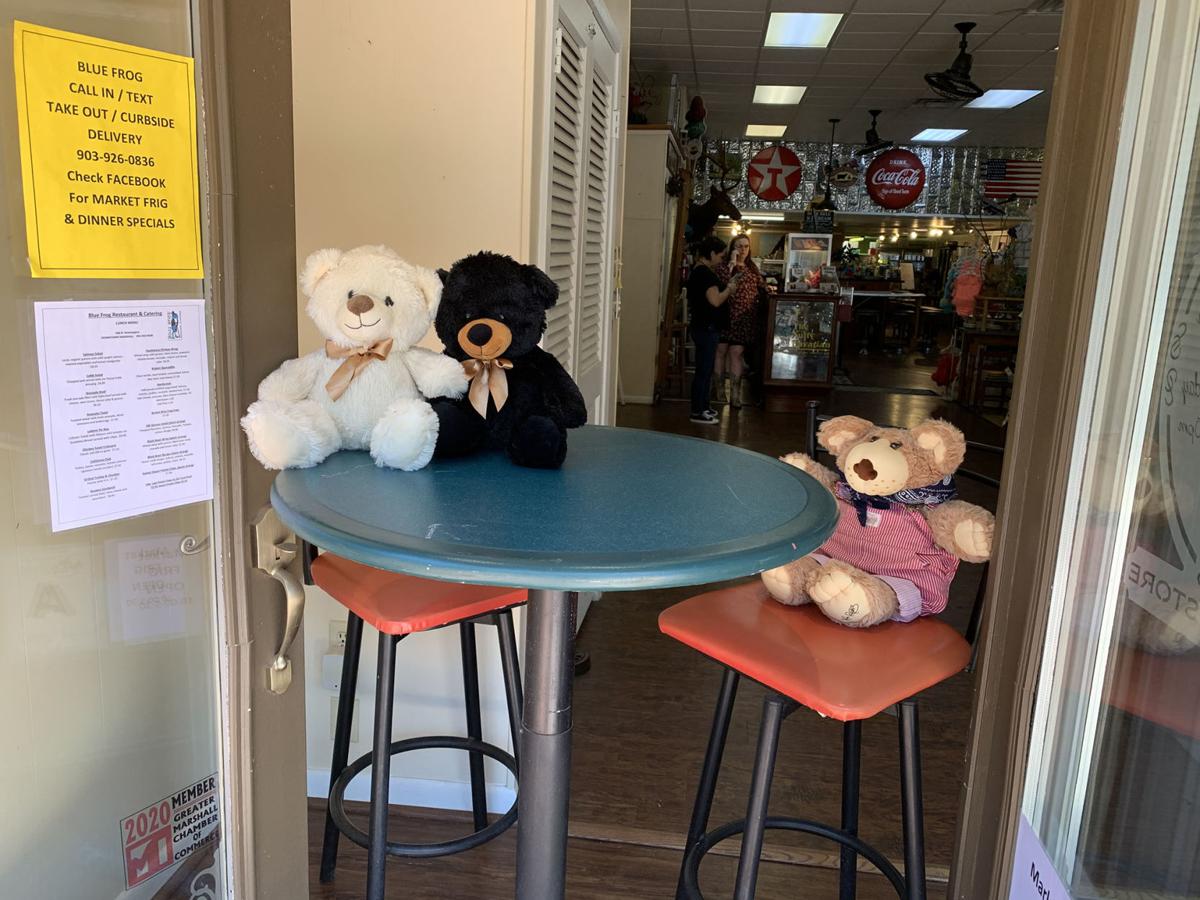 Bears greet patrons at the Blue Frog after getting some lunch at the eatery. 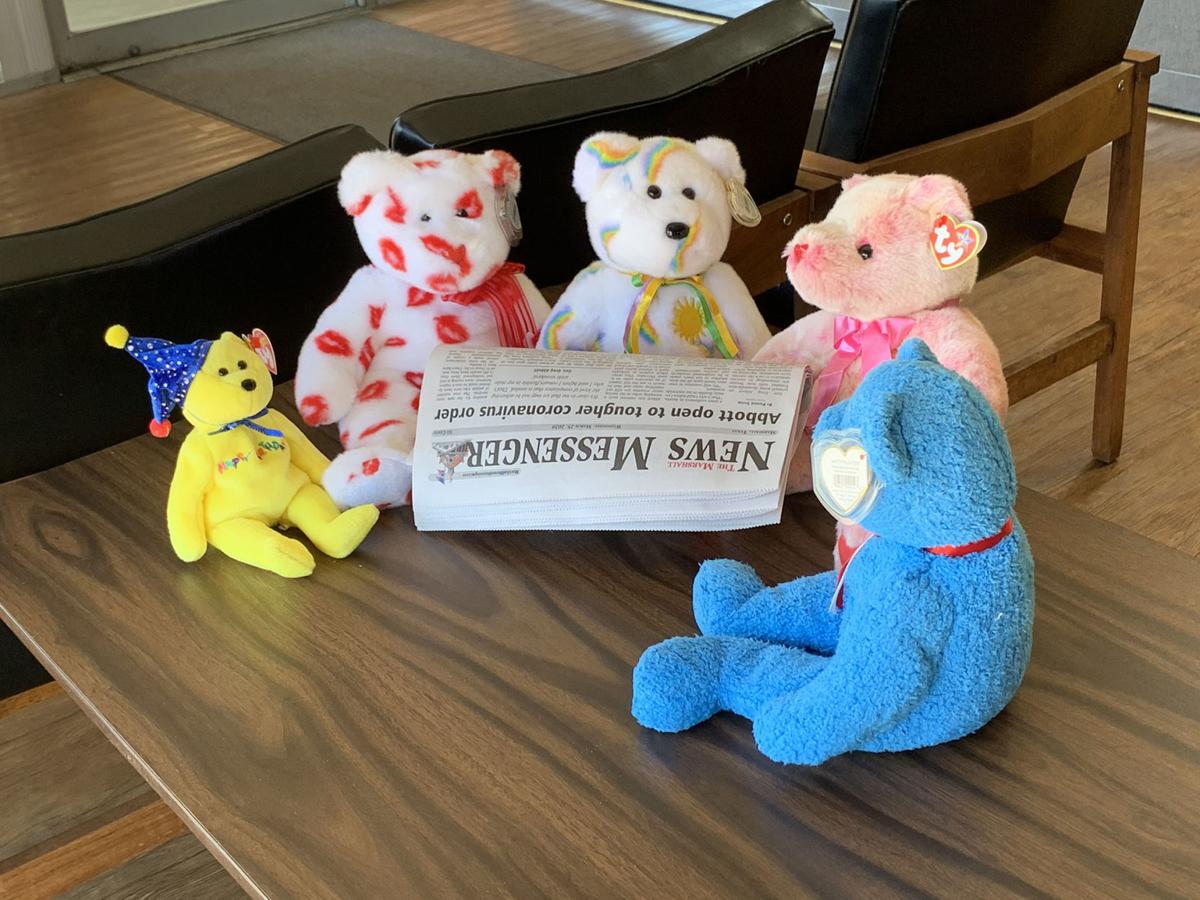 Bears invaded The Marshall News Messenger office on Wednesday as the staff participated in the Great Bear Hunt for students in Marshall.

Bears greet patrons at the Blue Frog after getting some lunch at the eatery.

Bears invaded The Marshall News Messenger office on Wednesday as the staff participated in the Great Bear Hunt for students in Marshall.

Bears here, there and everywhere seemed to be Marshall’s theme on Wednesday as students who have been stuck at home by COVID-19 cancellations ventured out for a citywide scavenger hunt.

Students along with their families traversed through Marshall at a safe distance, many from their cars, to spot teddy bears during a scavenger hunt. The bears had completely taken over the downtown area ... stopping for a bite to eat at the Blue Frog, galavanting though downtown stores and even stopping to catch up on the latest news at The Marshall News Messenger office.

The idea was brought to life by Marshall ISD’s Jessica Scott who had seen other towns doing similar things to entertain students and took the bear by the fur so to speak to bring it into Marshall.

“This is a safe community activity that allowed our babies and their caregivers a way to have a little fun, get out, use their imagination and show off their counting skills,” she said. “We all need a little escape right now. Our kids need to be kids, whether its playing in muddy puddles, reading a good book or hunting bears.”

According to Bradbury, her boys and their grandma found 29 bears on their hunting expedition.

The Smith family, including Addie, Ashley and Eddie, were hard at work on Wednesday finding all the bears they could. The family had found 123 bears and big sister, Addie, 9, was marking them down as they traveled the Marshall roads.