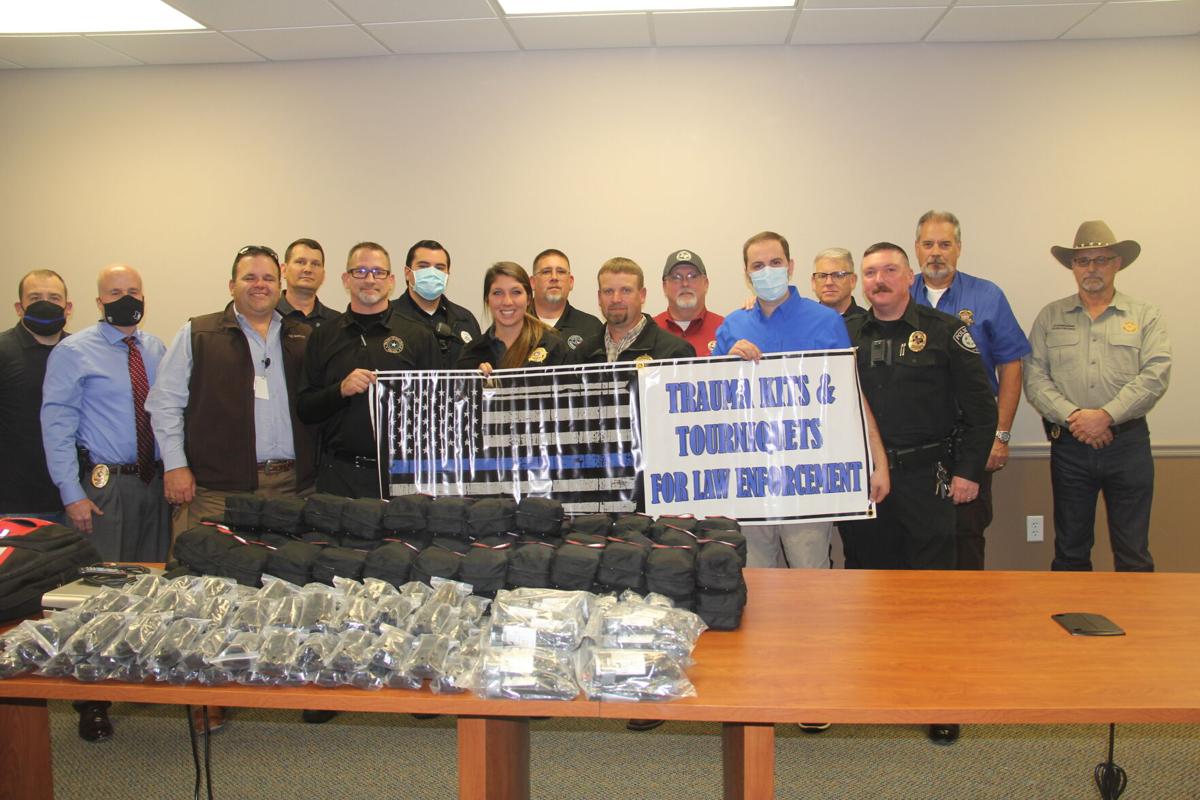 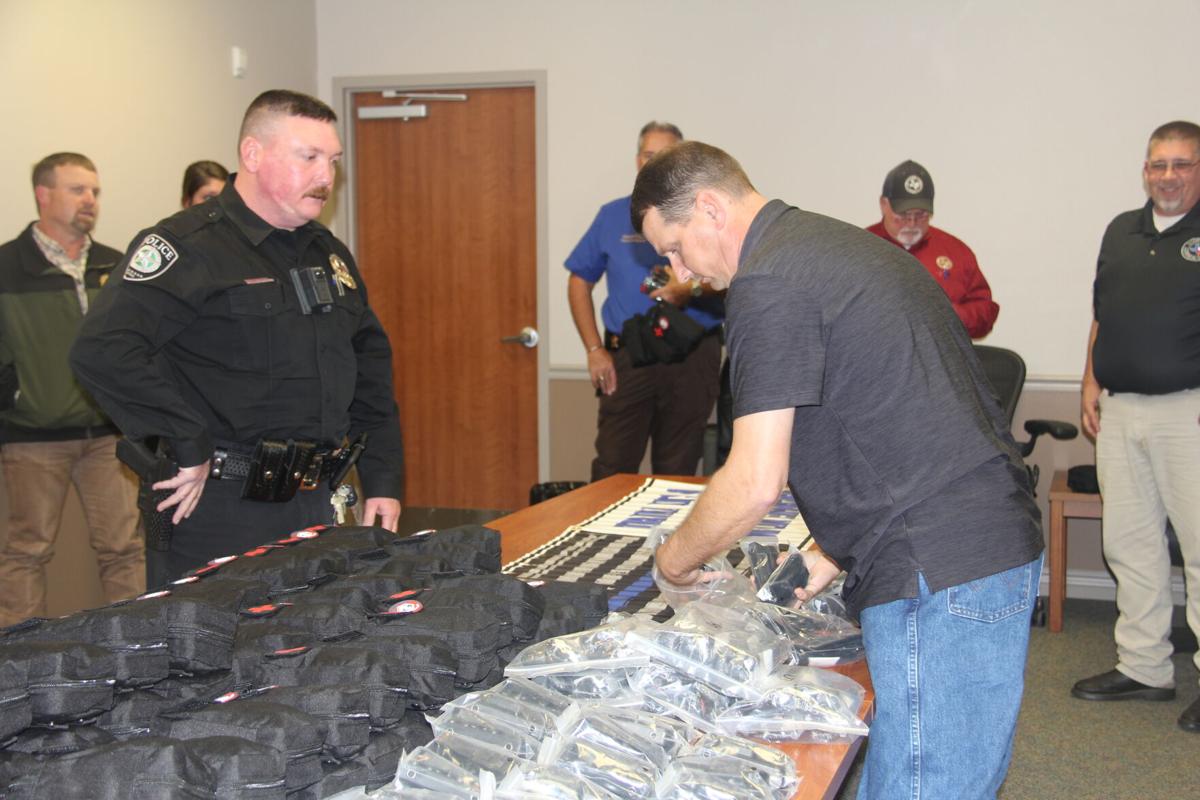 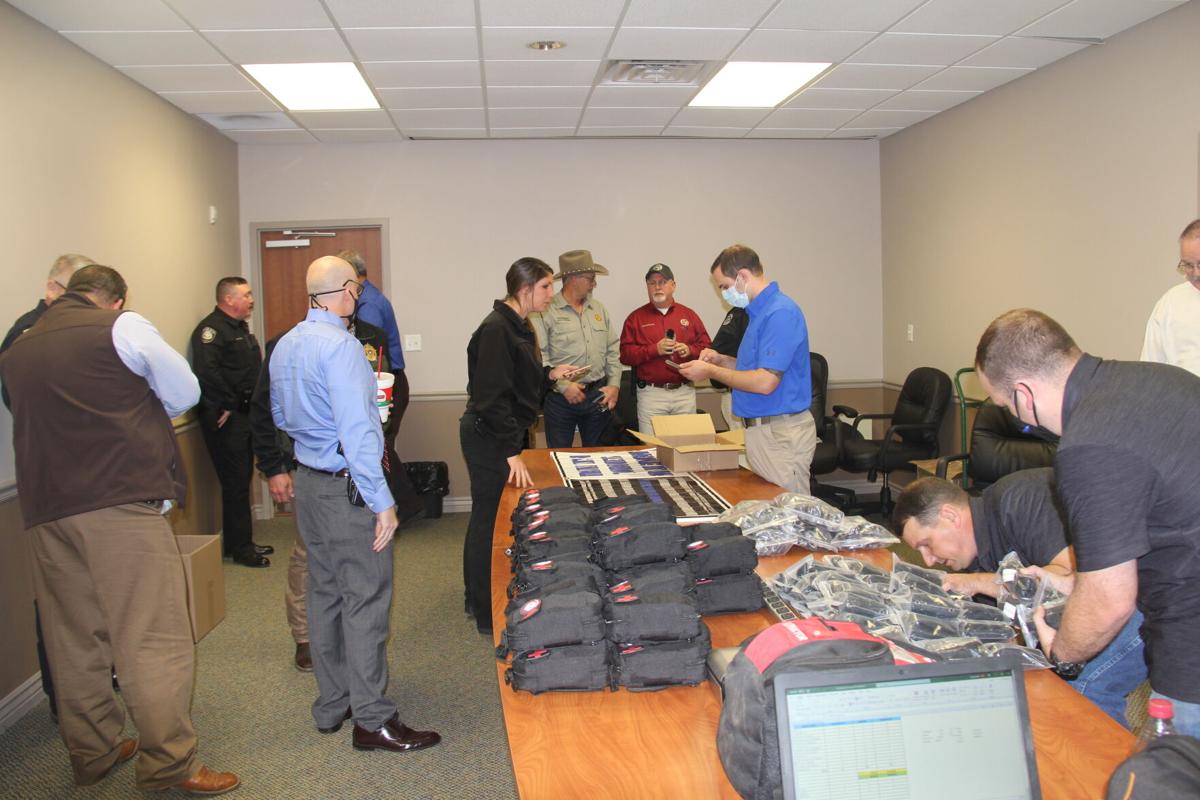 Representatives from a number of different police organizations gathered at MPD Tuesday. 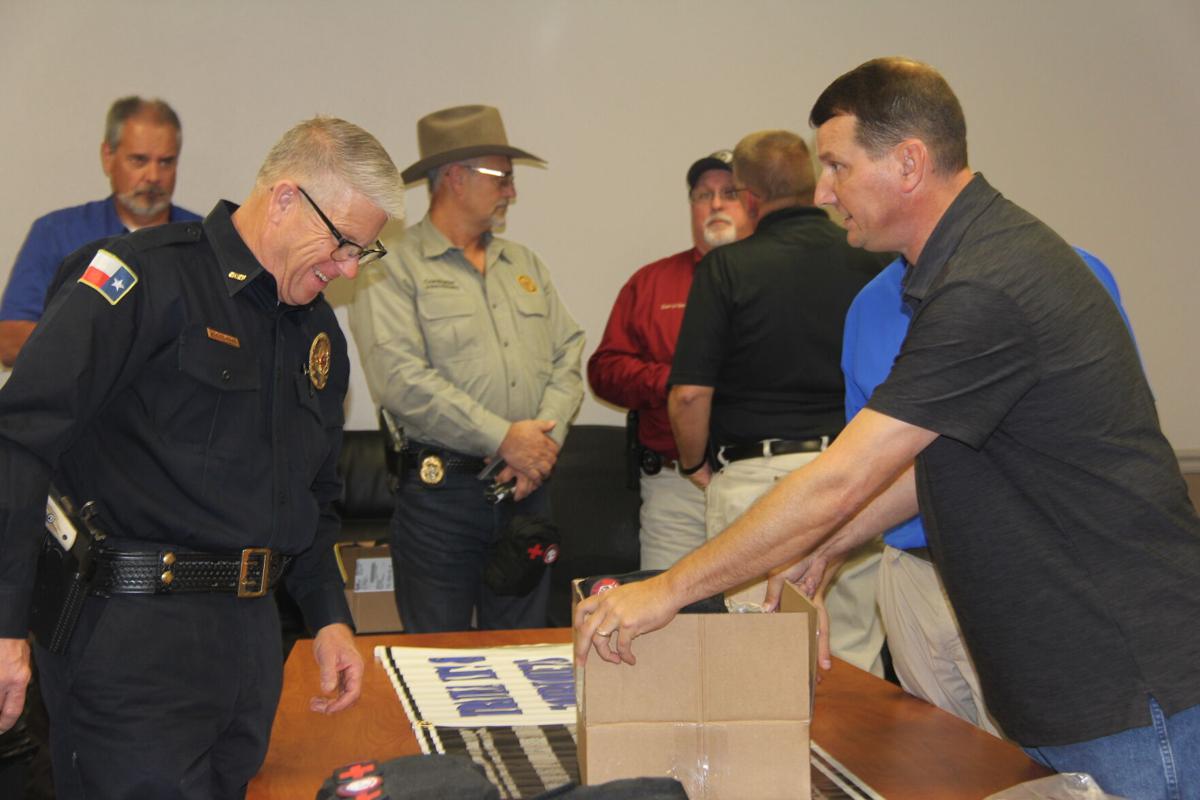 A Waskom Police Department officer receives a donation of tourniquets and trauma kits from Doug Smith on Tuesday. 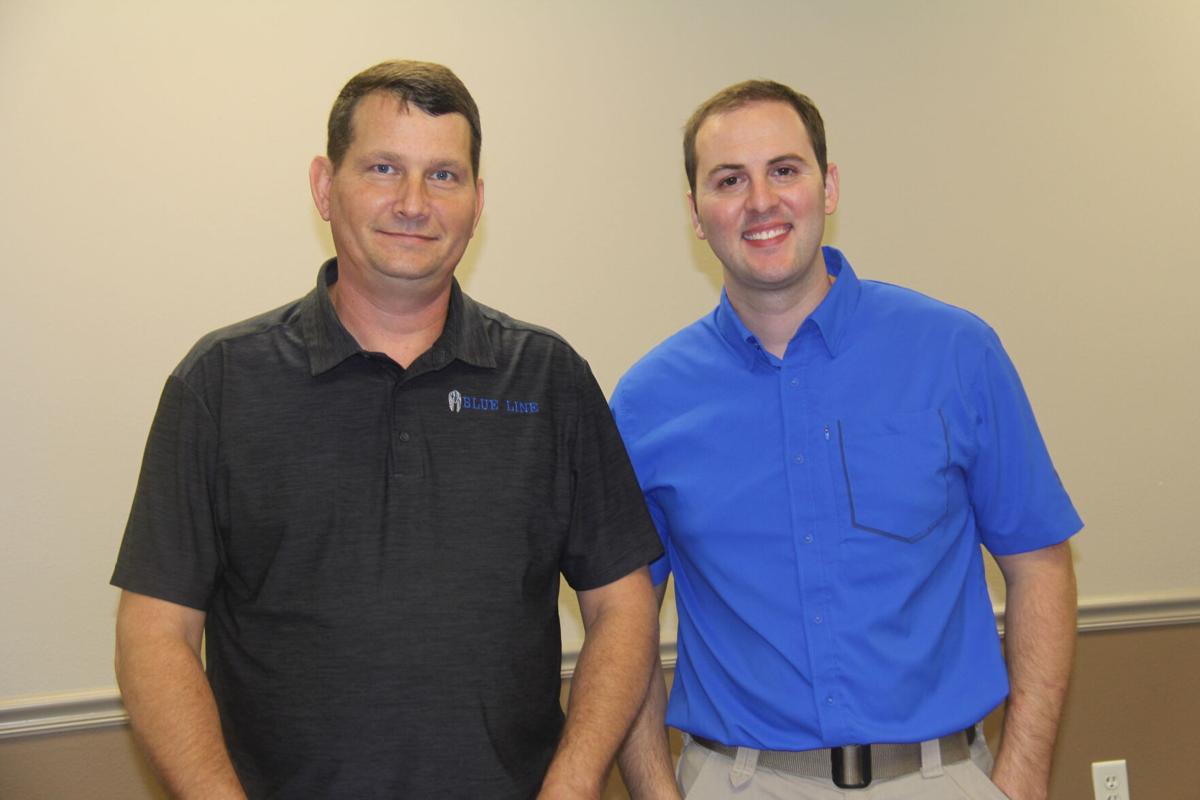 Representatives from a number of different police organizations gathered at MPD Tuesday.

A Waskom Police Department officer receives a donation of tourniquets and trauma kits from Doug Smith on Tuesday.

A number of local police agencies were represented at the Marshall Police Department on Tuesday when local officer with Waskom and owner of Blue Line Solutions Doug Smith donated over $11,000 worth of tourniquets and trauma kits to agencies.

Smith has been working with MPD Officer Zachary Lastra to collect donations over the last two months to go towards the purchase of these emergency medical supplies for local agencies.

Smith said that additionally, donations are being made to Marion County Sheriff’s Office, Alto Police Department and others who were unable to be present for the event.

“It really is a great blessing to have you all here, and to be able to organize something like this to benefit those who are out on the front lines every single day,” Smith said.

Lastra emphasized how important having access to these types of emergency medical supplies is to local officers, citing an injury he received last year when his arm went through a glass door while he was pursuing a suspect.

“I almost died.” Lastra said. “If I didn’t have that tourniquet on my utility belt then I would not be here today.”

Smith said that local agencies have had to wait up to five years to receive grant money to purchase these items, a time delay that can cost officers their lives.

To help close the gap and make sure that local agencies have the supplies they need to keep officers safe, Smith decided to put his business to work giving back to those on the front line.

Smith said that to date, the fundraiser has exceeded that goal, purchasing 54 CAT tourniquets, 105 tourniquet holders and 94 trauma kits for 14 local agencies.

The group will host one final event at Marshall Elks Lodge on Saturday, from 11 a.m. to 5 p.m. The fundraiser is a cornhole tournament that is open to the public. The tournament will be $20 per player to join and $5 to enter the event, which includes tickets for a raffle.

Smith said that community members who may not be able to attend the event can still purchase a $5 raffle ticket and tell volunteers which items they want to bid on, since you do not need to be present to win the raffle.

For more information on the ongoing fundraiser or to donate contact Smith through the Blue Line Safety Solution Facebook page at www.facebook.com/bluelinesafetysolutions.