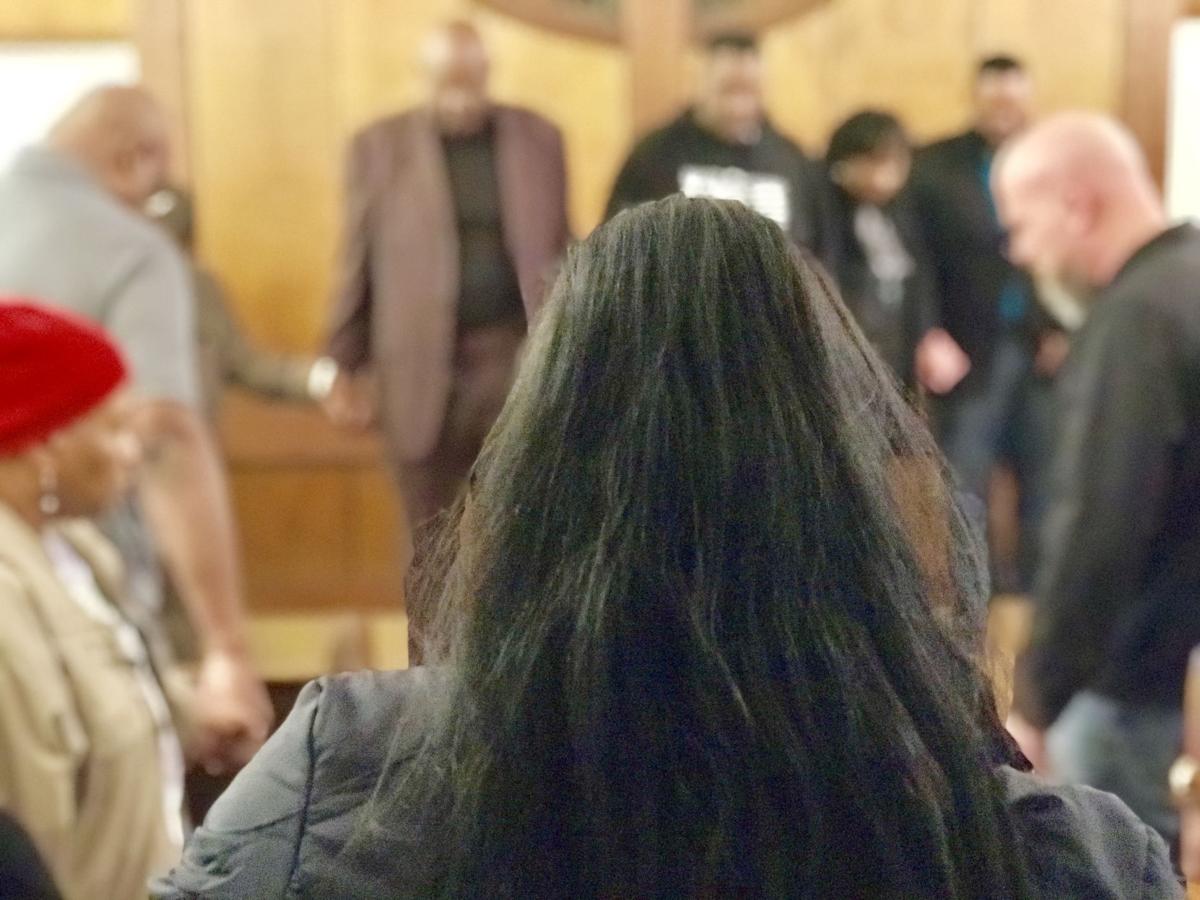 Community members join together in prayer on Thursday in Marshall following an informative meeting about police brutality. 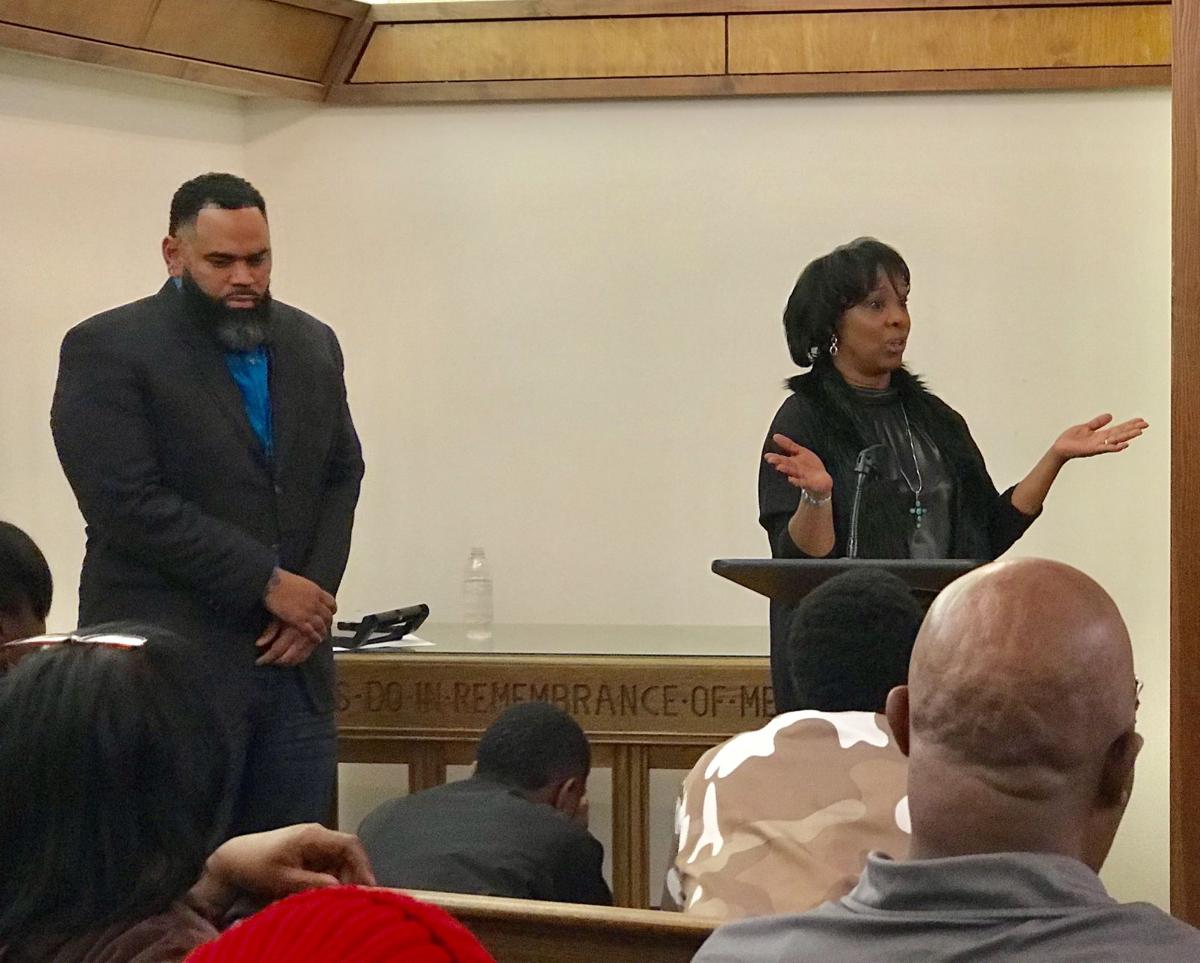 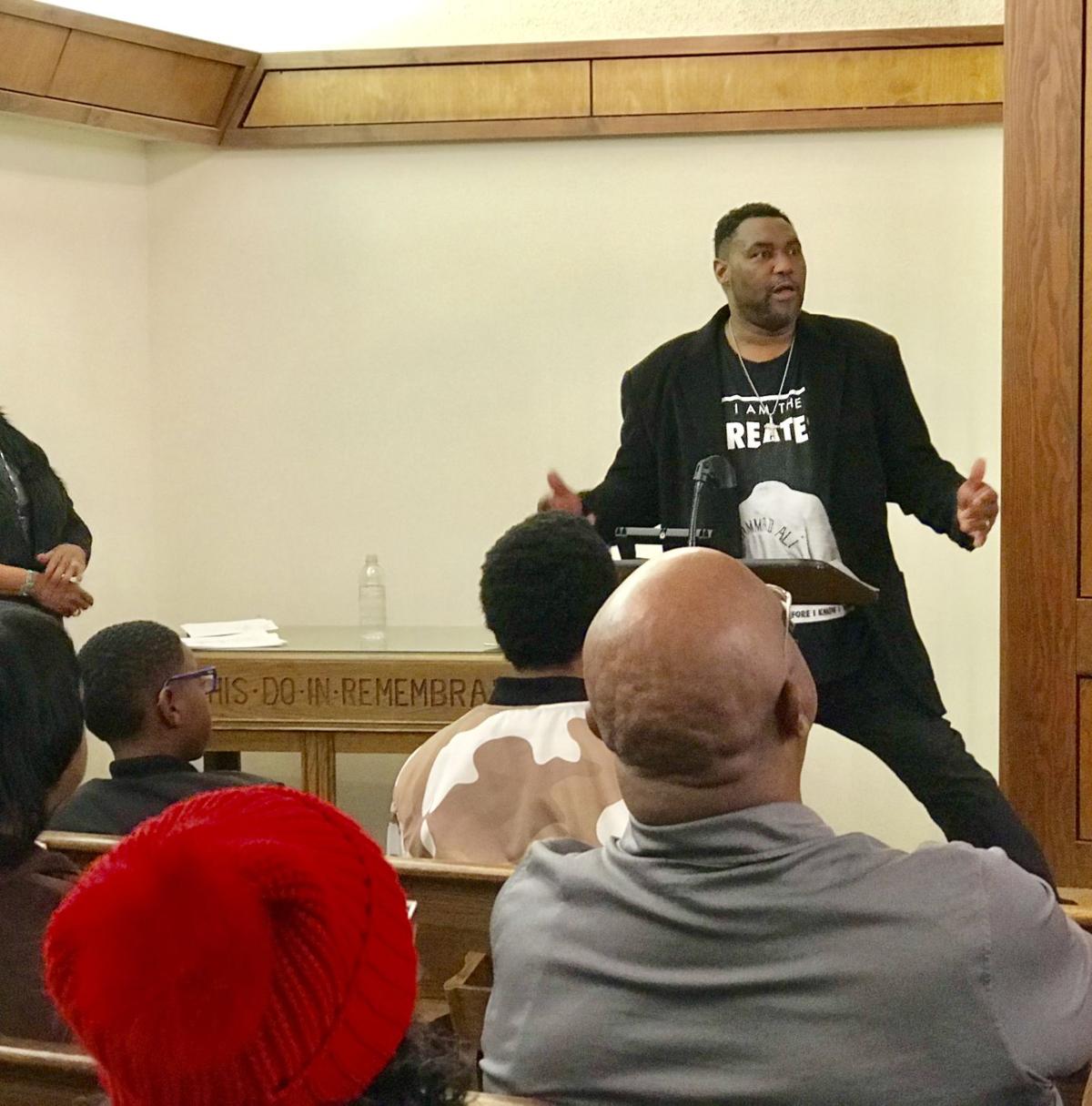 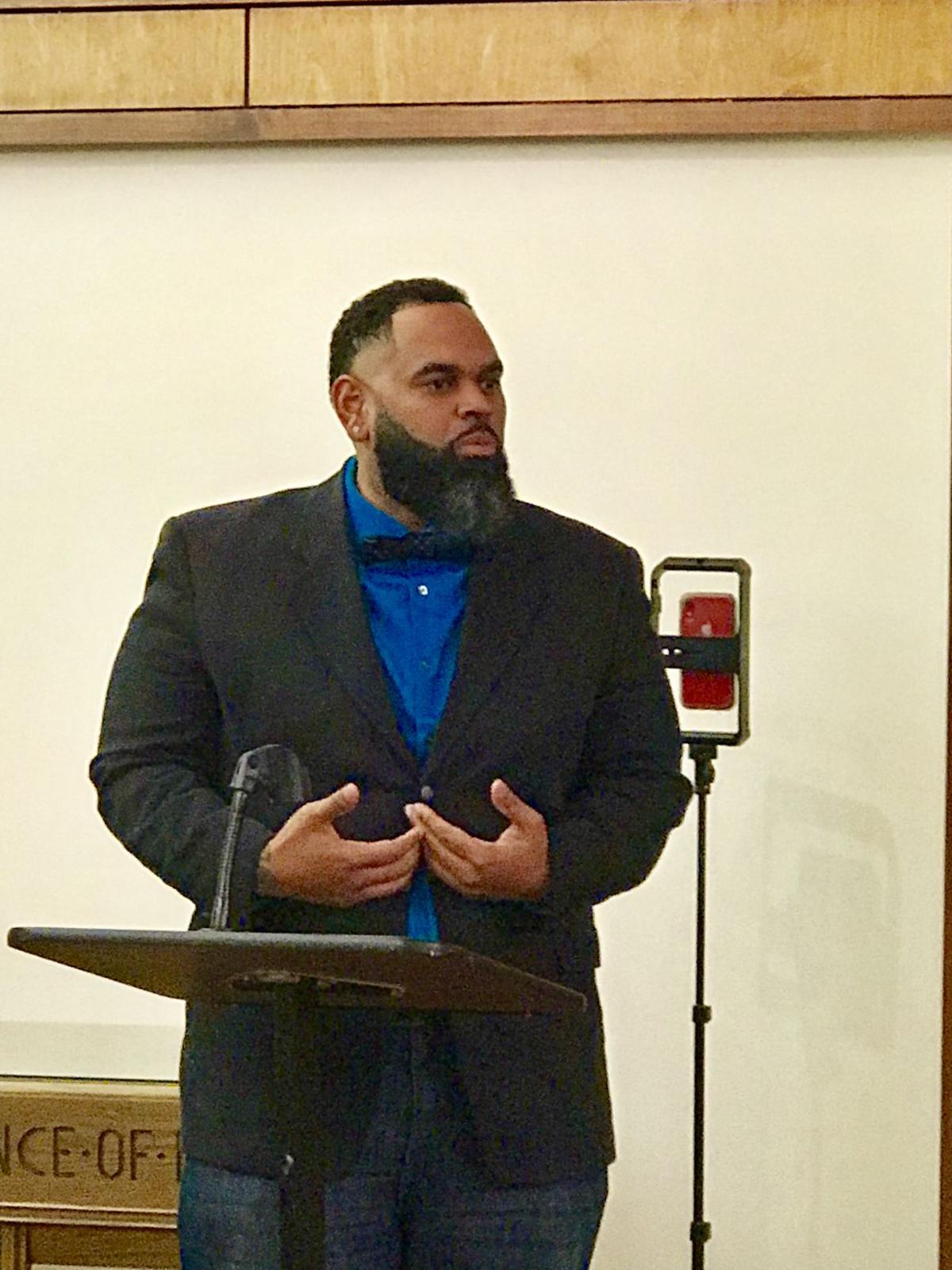 Community members join together in prayer on Thursday in Marshall following an informative meeting about police brutality.

In response to the Dec. 5 officer-involved shooting of 31-year-old Demetrius Williams in Marshall, a community meeting was held at the Emmanuel Seventh Day Adventist Church in Marshall to bring interested parties together to inspire positive change, participants said.

The Walkers discussed steps to take when being pulled over, legal actions residents can take when confronted by police and the need to create an ongoing dialog with local police and elected officials.

“Police brutality or the shooting of Demetrius Williams has sparked this,” Walker said. “This is a chess match and it’s going to take time and if you guys work hard enough at it, write letters, contact your city officials, Congress people. We also have to find jobs and educate our kids — make a better future for them. I see opportunity here in Marshall for ya’ll to pool your resources together.”

Walker said nonviolent protest and activism is the right way to demand change.

“I saw heart in Sheriff Tom McCool and there’s a lot of spiritual people in this city that will work with you if you’re working for the right things,” Walker said.

His wife Debbie then spoke with attendees about goals for the community and asked them to identify a list of problems within the community.

“What are your top needs here?” Debbie asked residents.

Those at the meeting listed about a dozen concerns they would like to see addressed within the community, including unsolved murders/cold cases, homelessness, mental health issues, education, youth programs, domestic violence, economic development, abandoned properties around town, area church involvement, hosting male leadership/mentorship classes, create integration programs for released felons and emphasize personal accountability and ensure all law enforcement in the county and city wear body cameras at all times.

The Walkers and Price said they plan to return in the future to hold educational meetings with any interested community members.

Debbie said they would also like to host future meetings and open dialogue with local representatives and law enforcement.

“We wanted to help the community out after what happened,” Price said of the meeting. “Our goal is to organize and educate the community about ways to use this tragic incident as a springboard to bring about change in Harrison County. We are identifying services that should already be here, and ways for them to have oversight and transparency from their police departments.”

The meeting was also hosted by the organization, CENTERED, which stands for “Coalition of East Texas Neighbors Together Engaging Residents Empowering all Demographics,” and the church’s pastor, Michael Mitchell.

“This is going to be a network collaborative approach between the citizens of Marshall and the structures that exist, whether that be the school system, the legal system or the

“Part of the reason we’re having the community meeting is to take a community assessment to see what some of the needs are there in the area,” she said. “This meeting is open to everyone but we want to somehow have a bridge between our faith community, governmental entities and the community at-large to see what type of support systems we can provide.

“Essentially, we’re trying to turn this unfortunate incident into something good, have something sustainable,” said Debbie, adding they want to support not only Marshall, but the surrounding areas as well.