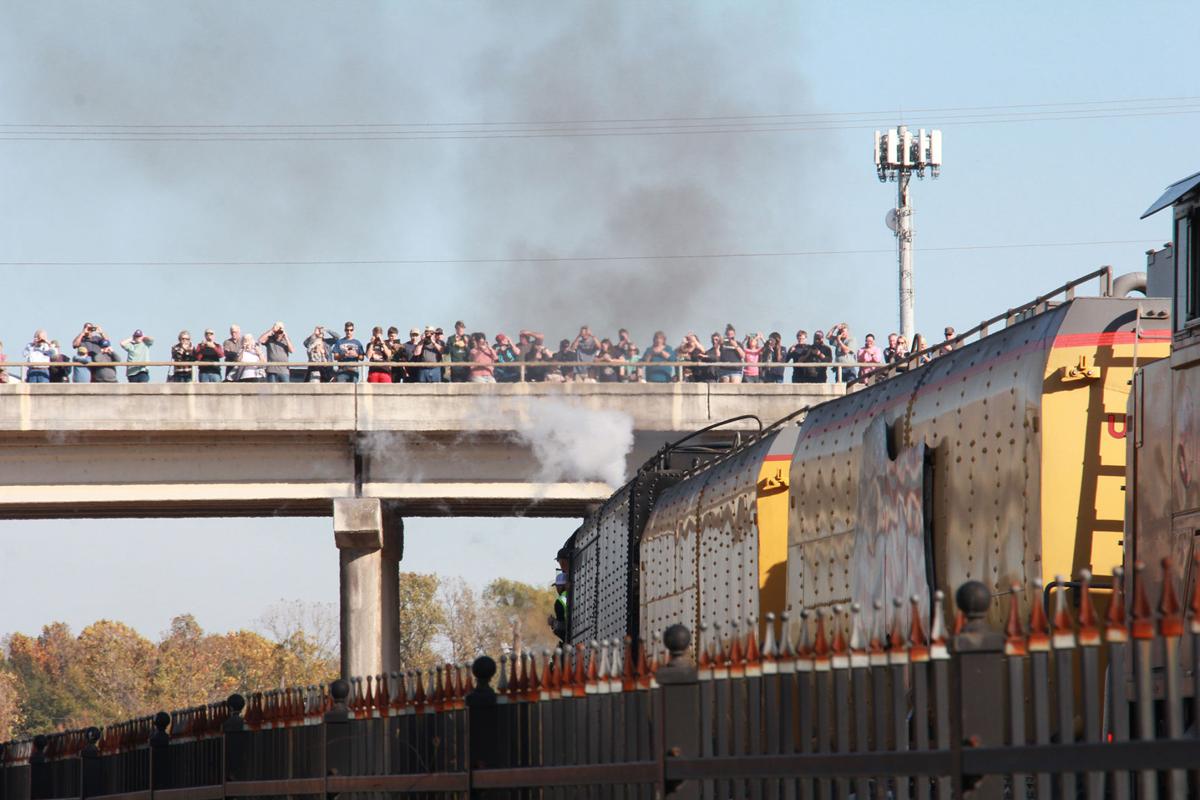 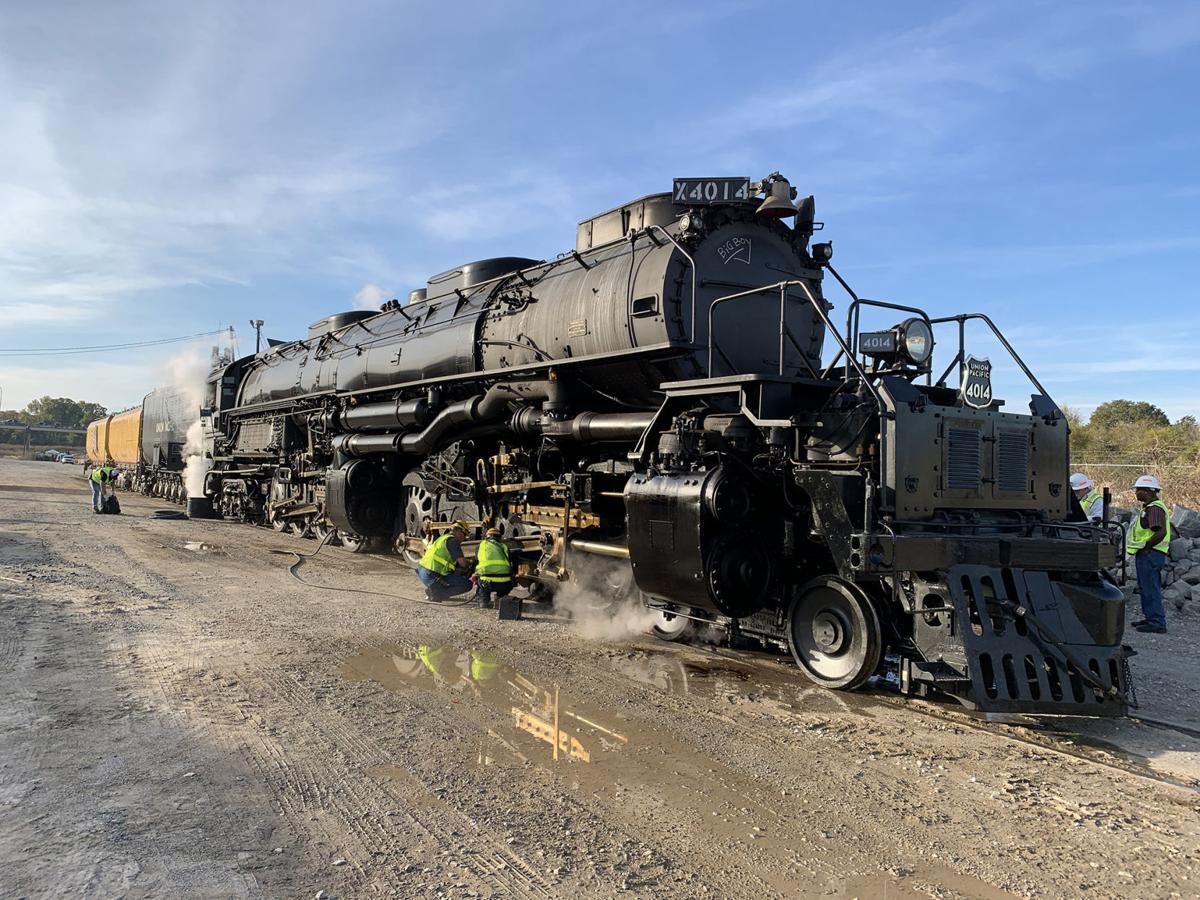 The Big Boy locomotive stops after arrving in Marshall on Sunday.

The Big Boy locomotive stops after arrving in Marshall on Sunday.

150 years has passed since the excitement and progress surrounding the transcontinental railroad began. As the 1.2-million-pound Union Pacific Big Boy No. 4014 rolled into Marshall Sunday, the same excitement filled the air.

Hundreds gathered to watch the steam locomotive chug into town both on the bridge overlooking the Marshall train depot and at the train station and museum itself.

“That’s a really loud whistle,” could be heard from far and wide as many jumped at the volume of Big Boy’s steam whistle. For many, that sound simply meant that the Big Boy locomotive was finally here.

Union Pacific’s historic Big Boy steam locomotive No. 4014 is touring the Union Pacific system throughout 2019 to commemorate the transcontinental railroad’s 150th anniversary. It is the world’s only operating Big Boy locomotive and was painstakingly restored by a team of nine individuals as part of the Union Pacific Steam Team.

Though the locomotive calls Wyoming home, it has been on the Great Race Across the Southwest, which started Sept. 27 in Cheyenne at the Union Pacific Heritage Fleet Operations.

An estimated 20,000 people came to see the Big Boy in Marshall, according to tour volunteers.

The team began working to restore the locomotive in 2016 and fought their way to get the train back on the tracks. Working with such a small team was a challenge and it took them quite a while to assemble parts that were needed.

Along with spectators and well-wishers on its journey, it is also accompanied by another friend: a diesel locomotive that aids in downhill braking and carries extra supplies for repairs. In Marshall, the Big Boy was separated from the diesel train which features the Experience the Union Pacific Rail car tour, an interactive museum.

Right behind the Big Boy are three railcars — one featuring the locomotive’s fuel source of used motor oil and two cars containing water. At 300 pounds of steam pressure, the train chugs along emitting a relatively low carbon footprint and billowy white clouds of steam. Since coal is very labor intensive, the decision was made to change its fuel source.

What kind of fuel mileage does the train get? Though it hasn’t been tested, Dickens said, they can get approximately 240 miles.

Other than a few electronics for safety, the train was restored to the 1940s.

Though a fine rain and mist was present when the train was on display Monday, crowds from far and wide, came out to greet the locomotive.

Irving Padgett, who is from Florida and an engineer for a railroad, traveled to Marshall with his wife to see Big Boy up close and personal.

“It’s part of American History,” he said. The couple went to Ogden, Utah in May to see the Golden Spike Sesquicentennial Celebration.

Padgett stated that he was surprised by the size of the train since it’s approximately three times the size of a single diesel electric engine.

The Marshall Convention and Visitors Bureau helped welcome the locomotive to town.

150 years has passed since the excitement and progress surrounding the transcontinental railroad began. As the 1.2-million-pound Union Pacific…