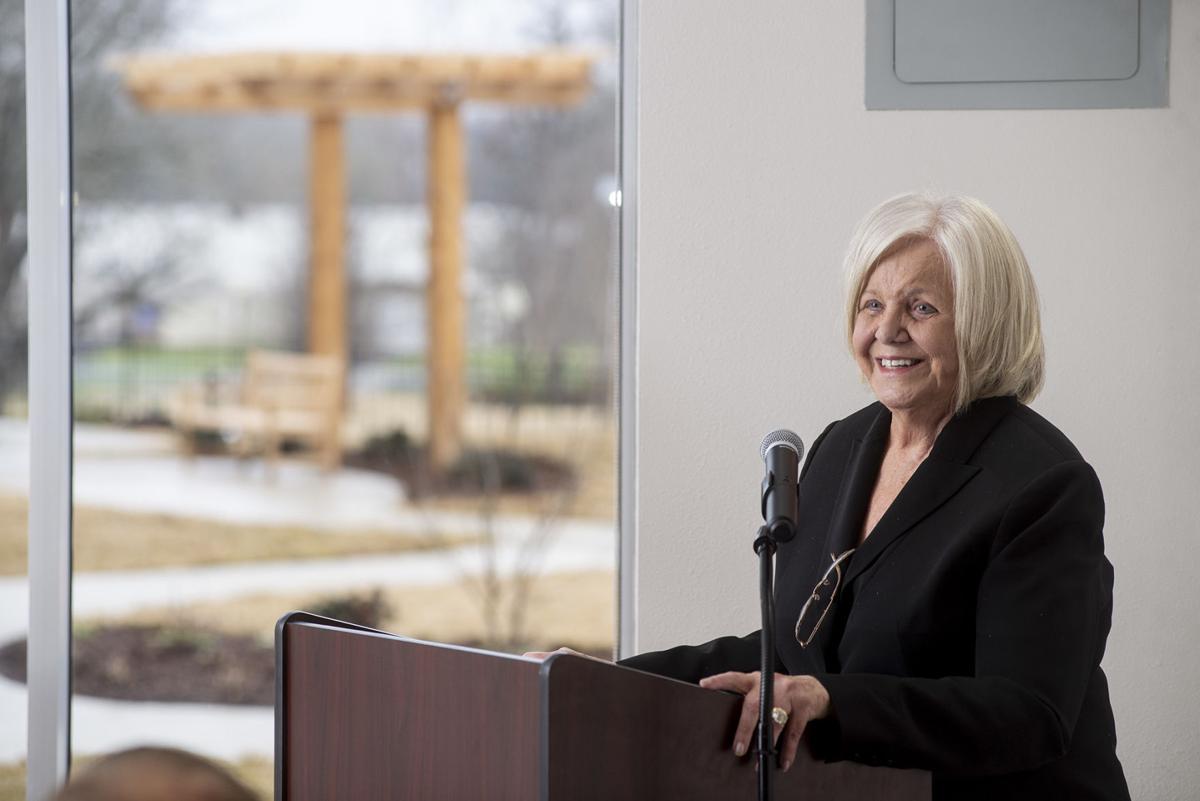 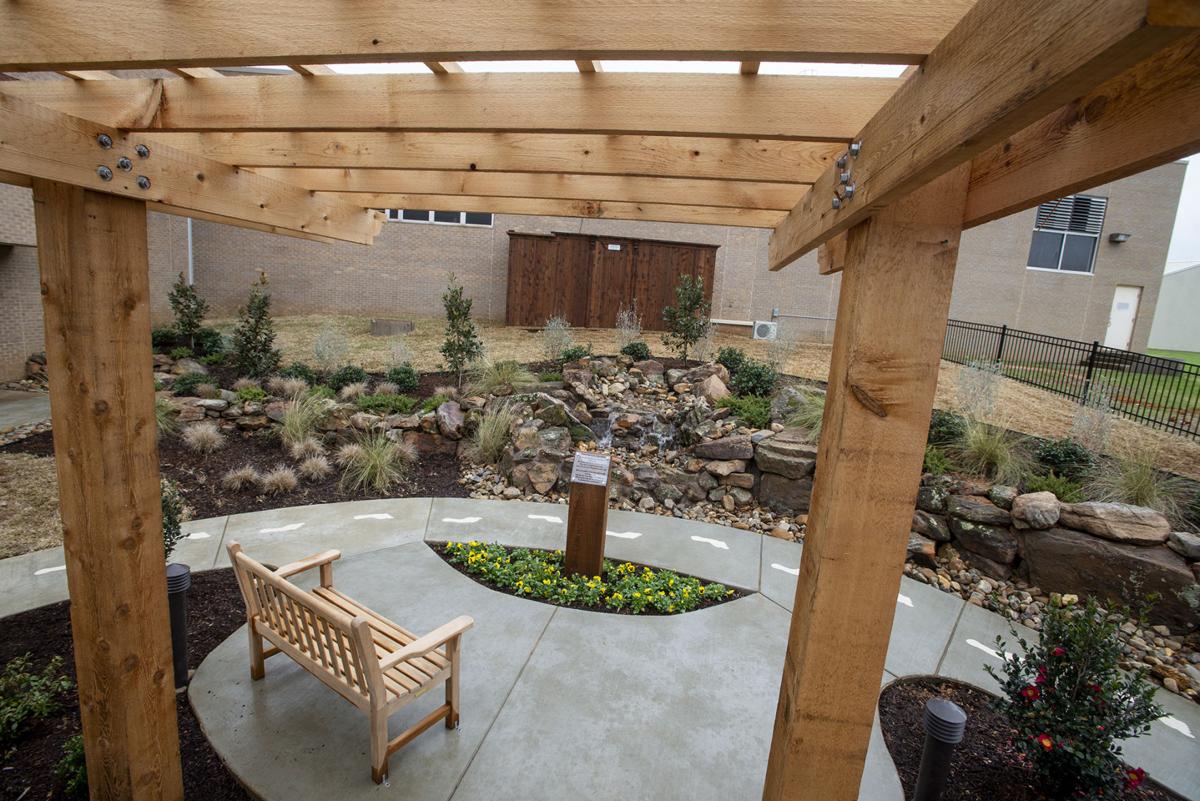 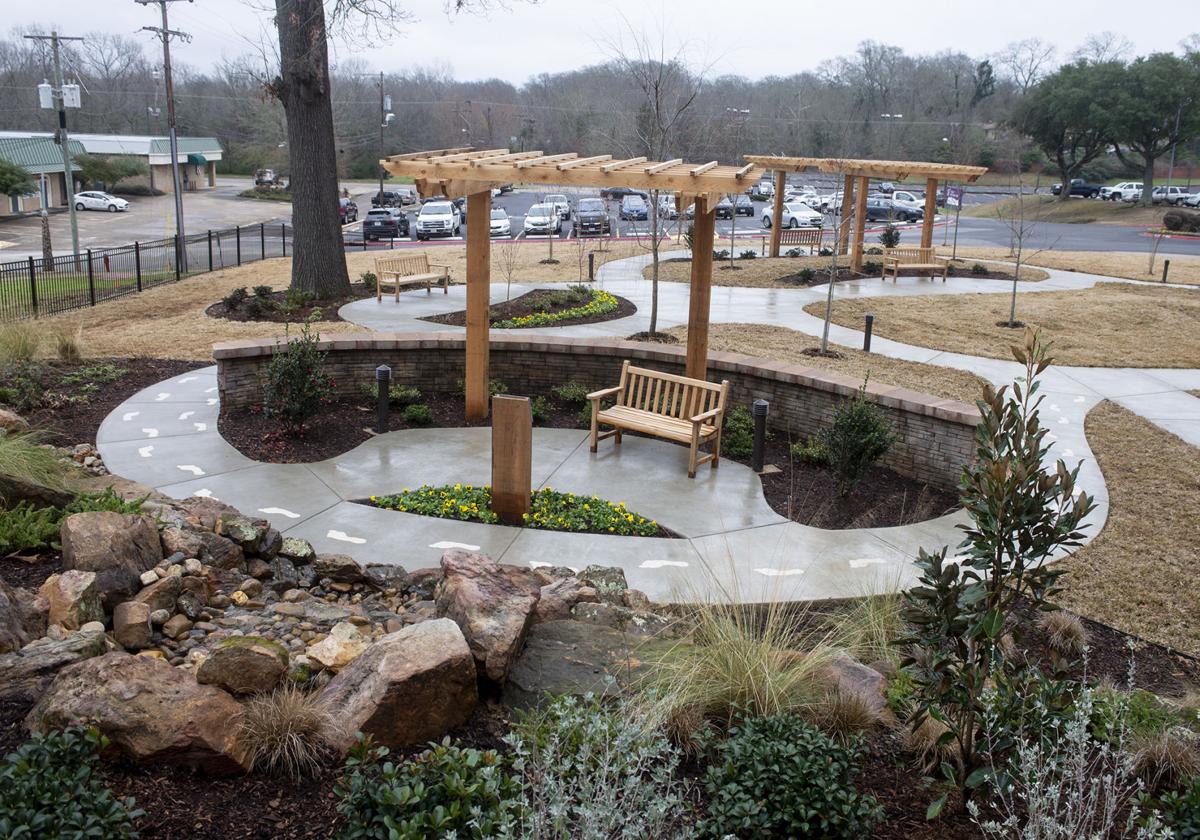 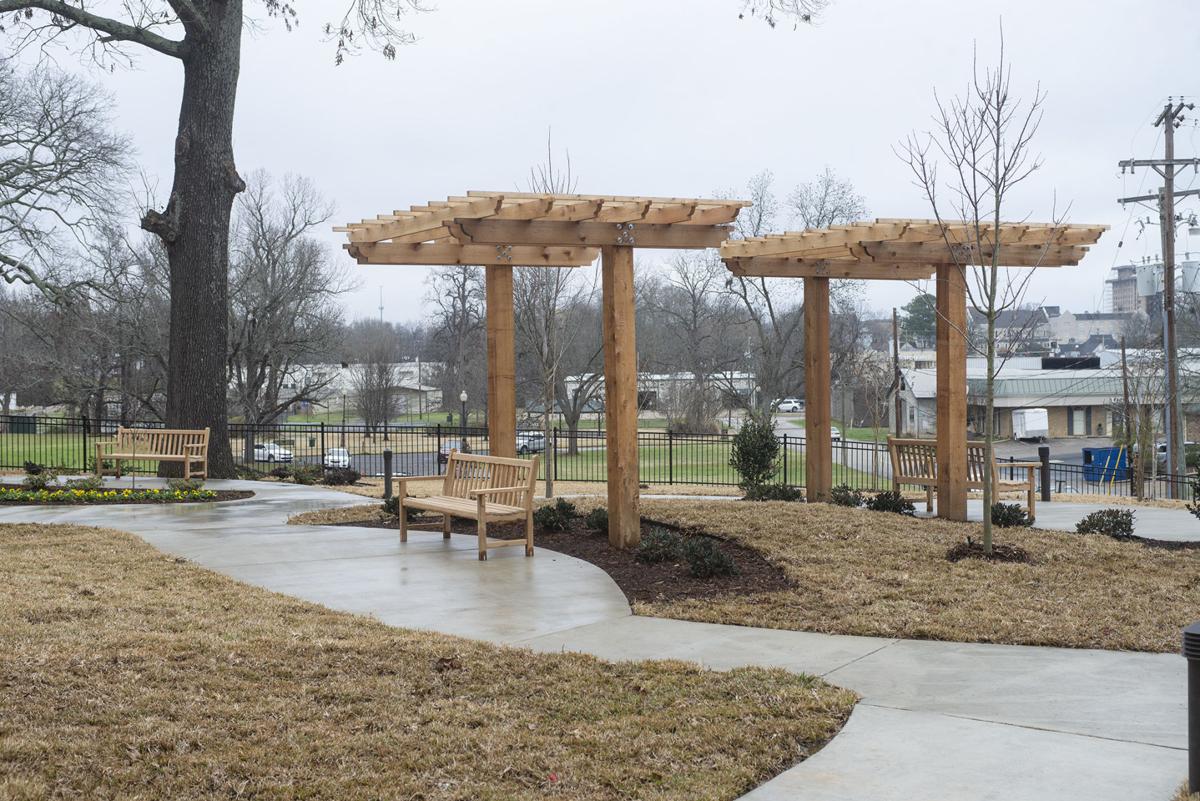 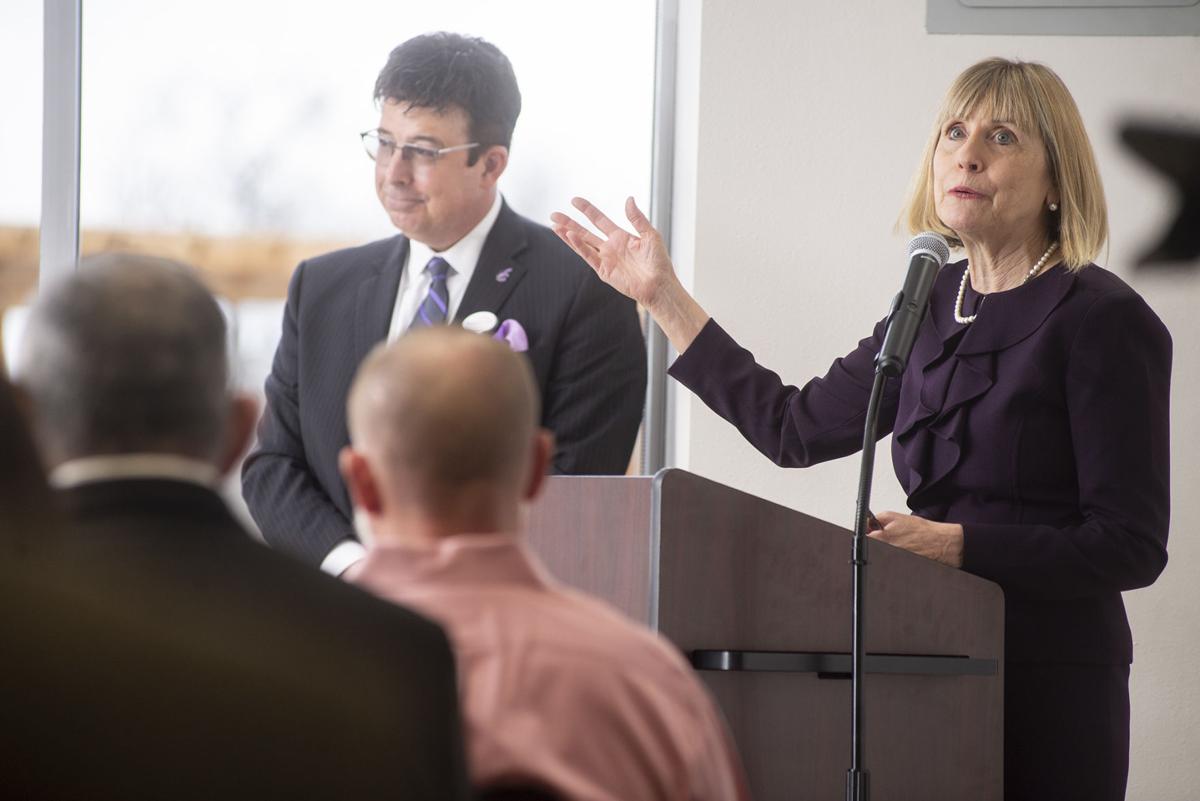 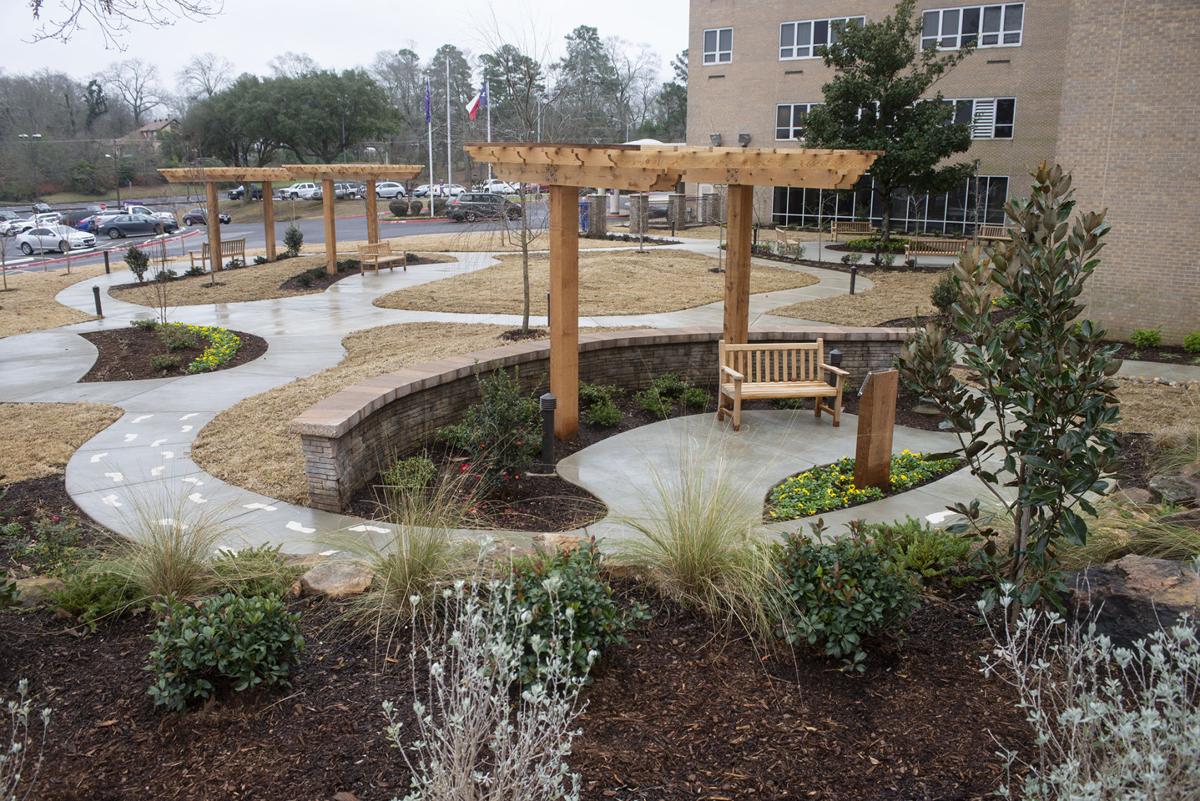 CHRISTUS Good Shepherd in Marshall celebrated the opening of the new K.E. “Kenny” Ponder Memorial Prayer Garden located outside of the hospital Tuesday.

The garden was donated by Patsy and Gene Ponder in honor of their son Kenny who passed away June 17, 2017.

“I miss him every day,” Patsy said during the event. “The thing I will always remember most about Kenny was his smile.”

Along with Patsy, members of the Ponder family in attendance included Kim Wright Ponder, Kenny’s wife, his brothers Alan Ponder and Jeff Ponder and their wives, his sister Anita Windam and her husband, along with Kenny’s three sons Blake Ponder, Gene Ponder II, along with his wife, and Pierce Ponder with Kenny’s grandchild Presleigh Ponder.

In Gene Ponder Sr.'s absence, Kenny’s brother Alan spoke during the event along with his mother Patsy.

“I am speechless at how wonderful the garden turned out,” Alan said. “It really is nice.”

During the event Alan shared a story about what it was like for him and his brother to grow up with such remarkable parents.

Both Patsy and Gene have been staples of the Marshall community for many years, including the time Patsy spent serving as the hospital board chairman.

“We were never sure what our legacy would be, growing up with such amazing people as our parents,” Alan said. “But Kenny does not have to worry about that now, this garden will always be in remembrance of him.”

According to hospital administrator, Brett Kinman, the garden replaced a concrete slab outside of the hospital that had nothing on it but an electrical box.

It is now a quiet and reflective place for hospital patients, their families and friends, as well as staff members and the community can come and enjoy.

Patsy thanked the hospital administration, who worked with her to complete the memorial garden in honor of her son.

Christina Anderson, foundation chairman, recounted when she and Patsy used to work in the office together and Kenny would come in and say hello.

“He would always stop in and say hello, just to check in and make sure everything was okay,” Anderson said. “All he would say is ‘I love you and I wanted to be sure you’re okay today.’”

Aliceson Howell, director of development, also presented Patsy and her family with a copy of the plaque that will be displayed in the garden as well as a smaller version of the statue that will be added to the garden later this year.

Patsy and her family helped to design the garden, complete with a water feature and footsteps, representing the poem “Footprints in the Sand”.

The ceremony was ended by a blessing conducted by Andy Navarro, Vice President Mission Integration, and Dean Martin Ahiaba.

The garden is now open to the public, located outside of the hospital at 811 S. Washington Ave.