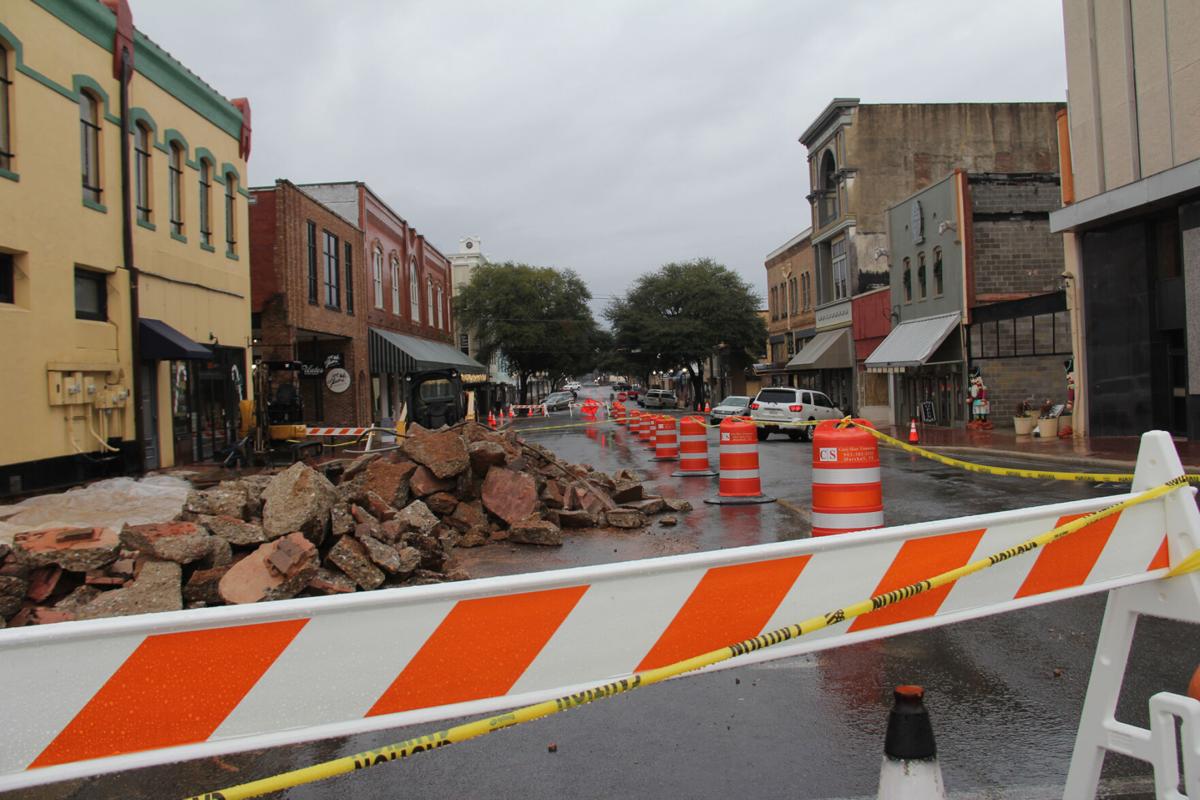 Construction is taking place in downtown as part of the city’s redevelopment plan. 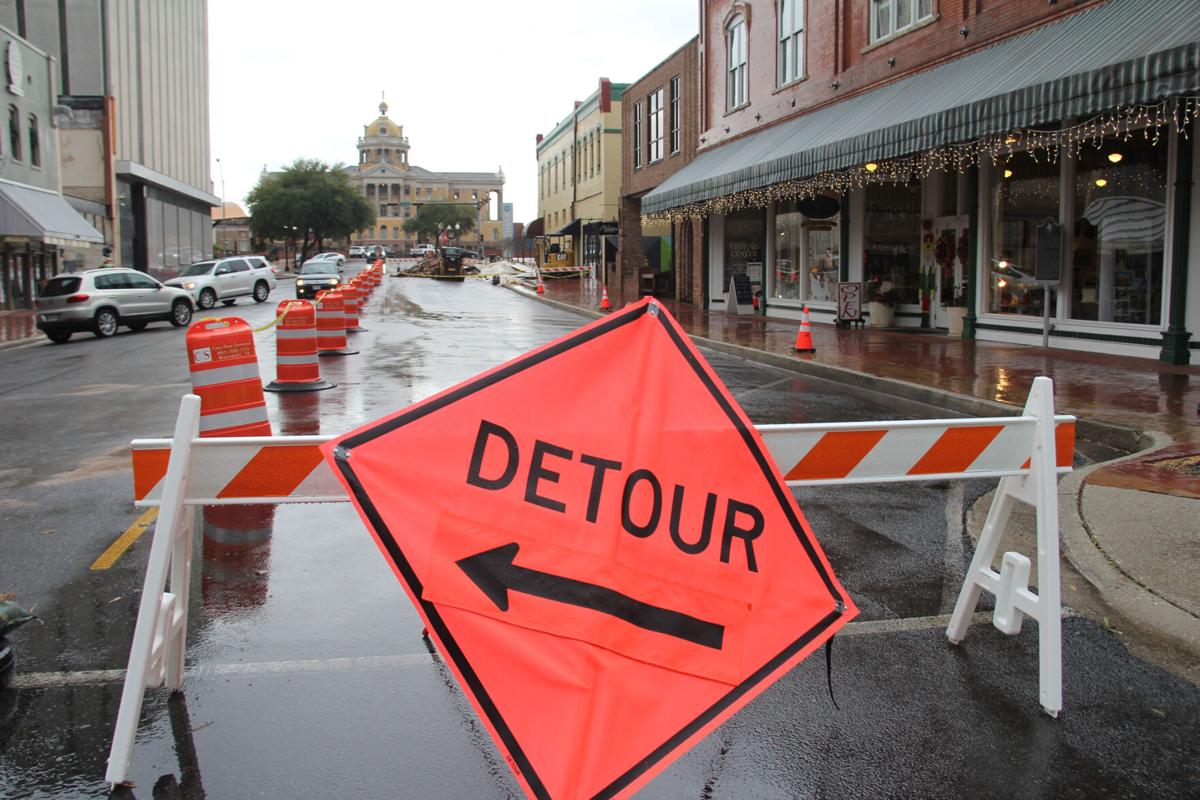 A detour sign is in place on North Washington as the downtown redevelopment plan takes place. 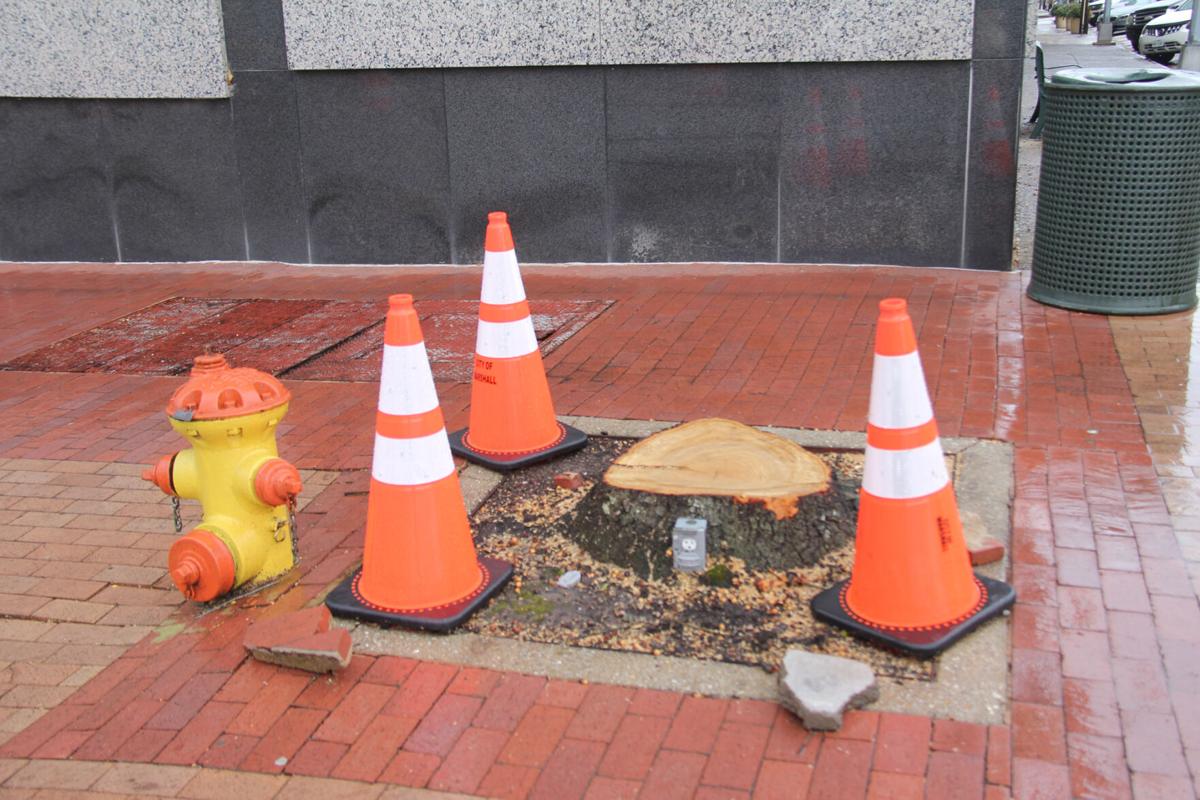 Trees are being replaced in the downtown area as part of the redevelopment plan. They will be replaced by Redbud Merlot trees that will not impact the sidewalks.

Construction is taking place in downtown as part of the city’s redevelopment plan.

A detour sign is in place on North Washington as the downtown redevelopment plan takes place.

Trees are being replaced in the downtown area as part of the redevelopment plan. They will be replaced by Redbud Merlot trees that will not impact the sidewalks.

The city of Marshall is taking full advantage of the new year as they continue to work on the new Downtown Redevelopment plan which began late last month.

City officials signed a contract with Casey Sloane Construction for the first phase of the project, which is now underway, and starts with the 200 block of North Washington Avenue in downtown Marshall.

During the construction period, which according to City Manager Mark Rohr, should be completed within four months, citizens are asked to use Austin Street, Rusk Street, and the parking lot with alley behind Joe Pine Coffee Company to access the businesses in the 200 block of North Washington.

Throughout this time community members will have access to all of the buildings along North Washington Avenue.

As part of the first phase of this project, construction downtown will involve the tearing up of trees, brick pavers and sidewalks throughout the four month period.

The goal of this is to address the large number of repairs to the many portions of North Washington Avenue.

“The 200 block of North Washington has been plagued with damage and years of disrepair. Due to excessive wear, improper leveling, and root damage from trees, the brick pavers are uneven and pose a significant hazard,” Stormy Nickerson, city communication liaison, said previously.

The current trees will be replaced with eight Redbud Merlot trees with root blockers, along with the addition of new black benches, trash cans, planters, matching street poles with advertising flag poles, planters and lighting.

Rohr previously stated that new brick pavers will be matched to the previous color, to keep a consistent feel in the downtown area, and to preserve the historical feel of downtown.

The North Washington block is not currently compliant with the American Disabilities Act, posing a safety rick to community members and visitors, and after construction the new block will meet all safety requirements.

The city is also working to safely remove and store the existing historical street lights made by Smith Steel Casting Company, green benches with dedications, and brick pavers in good condition for a potential future project.

After historically relevant materials were removed, the city moved on to the overgrown trees, broken pavers, broken trash cans and cracked or discolored planters in that area of downtown.

Though Phase 1 of this project is underway, next steps on a potential next Phase of the project after April are still not clear.

Harrison County officials and Marshall City officials clashed last year over the plan, due to the original plan to redevelopment downtown involving a new outdoor theatre area and splash pad to be added in front of the Historic Harrison County Courthouse.

When it was later determined that Marshall city officials needed the approval of the Texas Historical Commission, to go through with the project, it was tabled for a later date.

Rohr stated then that potential compromise to the situation would likely be able to be determined, though County Judge Chad Sims confirmed Tuesday that no additional conversation between the city and the county regarding the project has happened since March 2020.

“I think that the city is more focused on their sidewalk/streetscaping improvements at the moment,” Sims said.

Additional details regarding the city’s project is available online at www.marshalltexas.net/465/Downtown-Redevelopment.