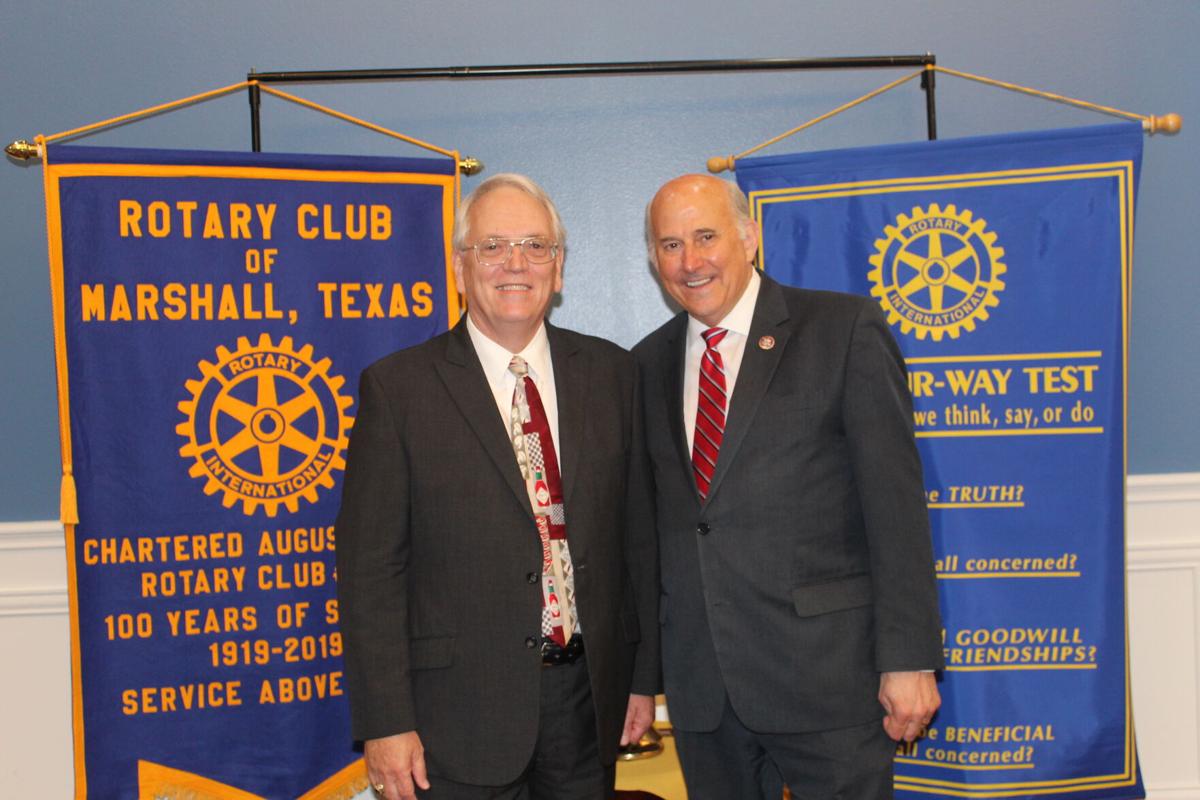 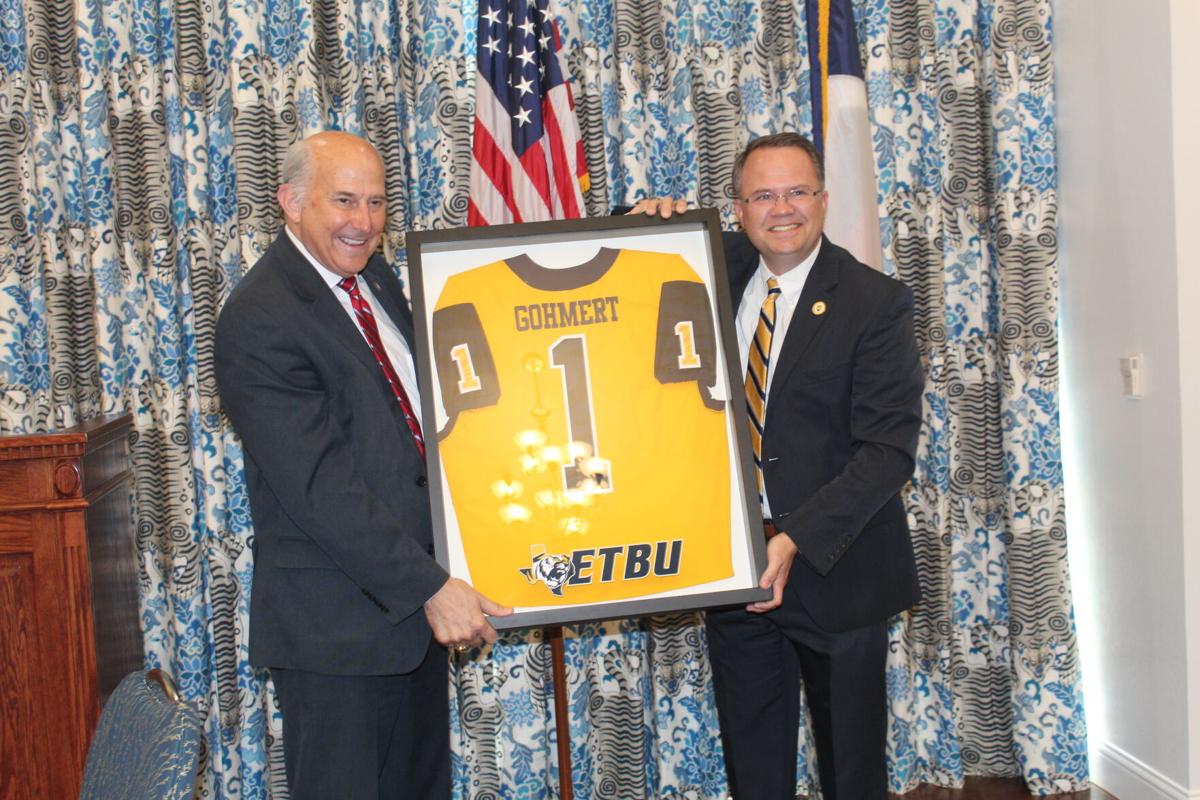 ETBU representatives gift Congressman Louie Gohmert an ETBU jersey with his name on it on Thursday. 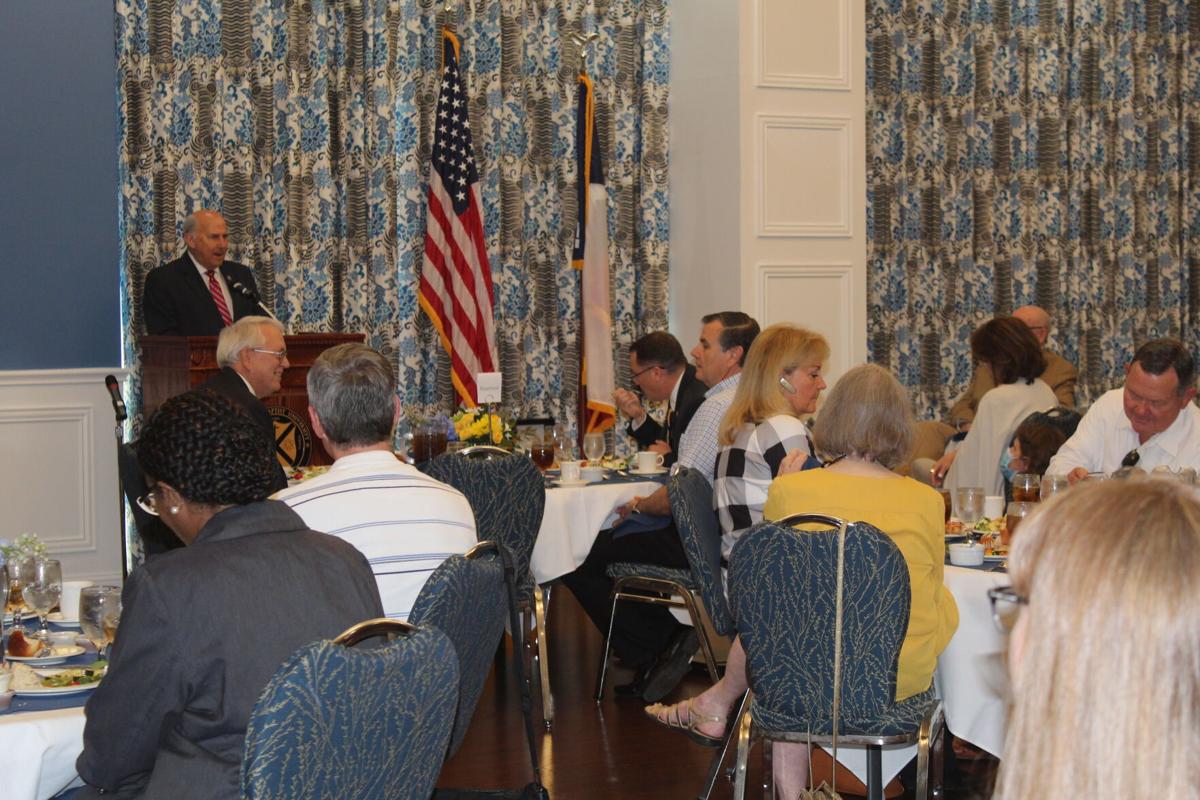 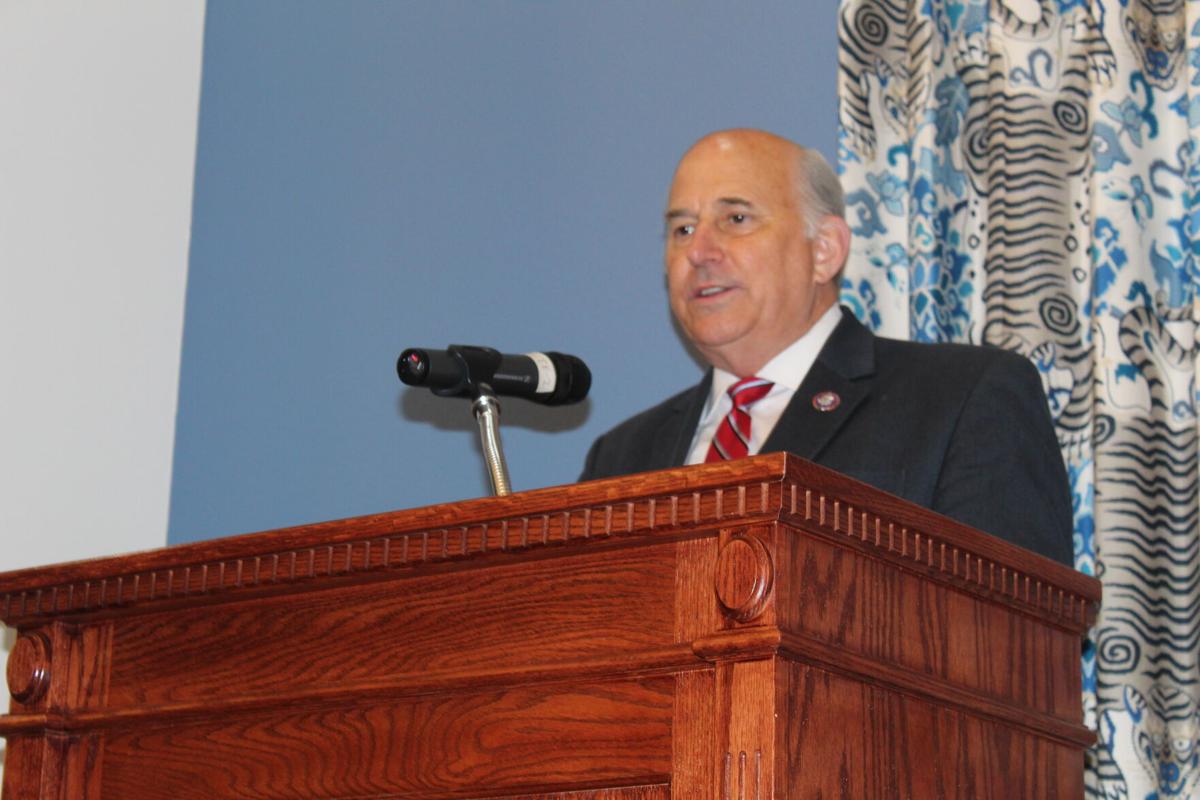 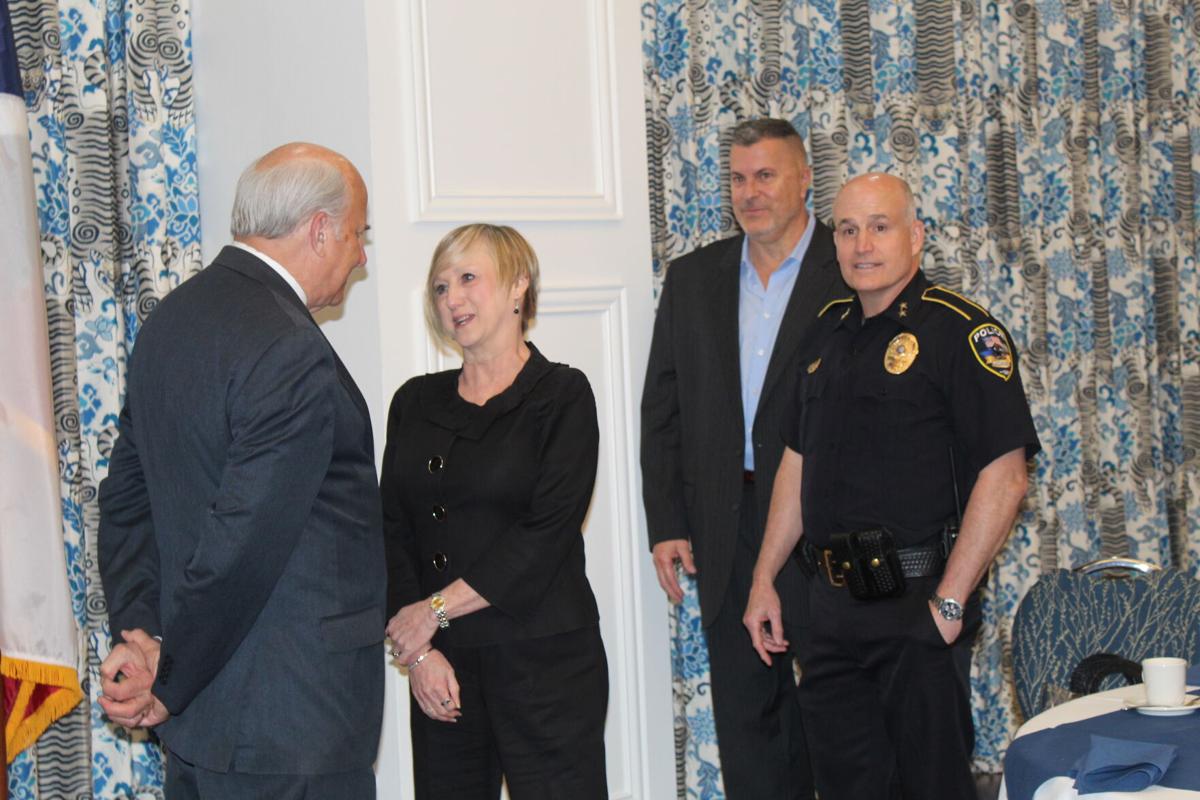 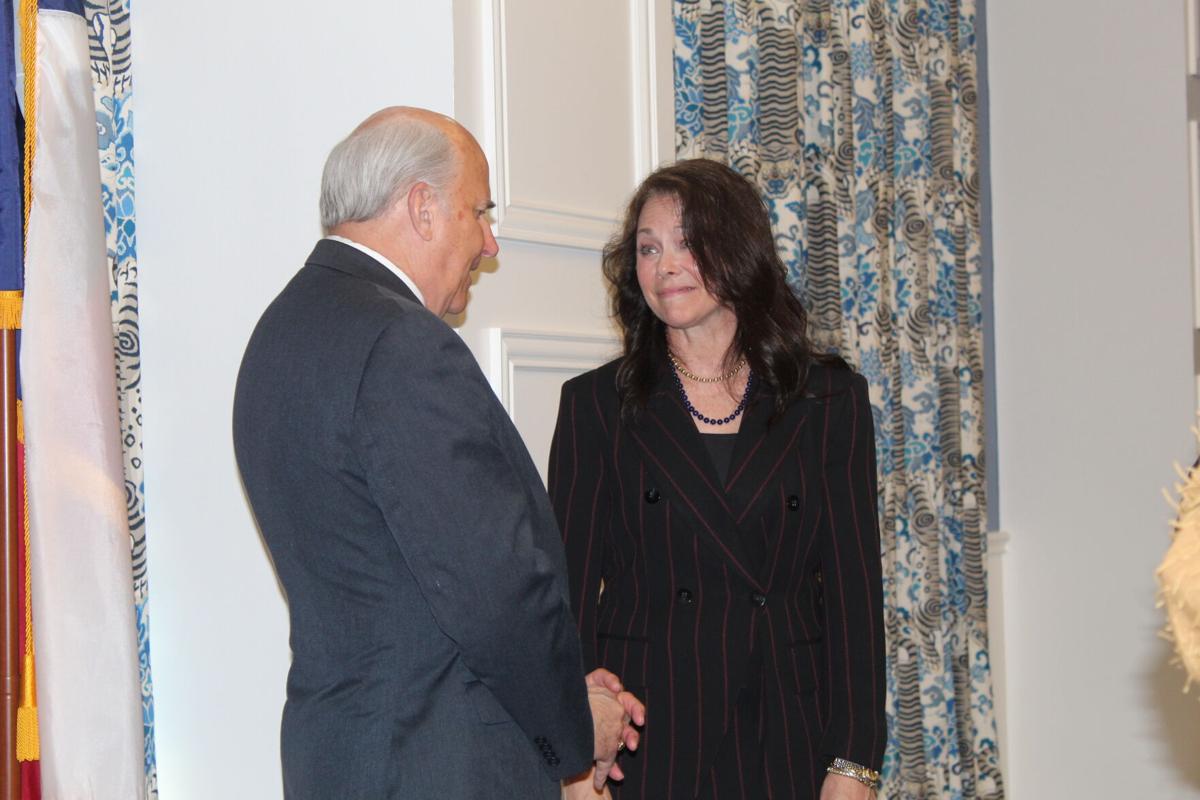 ETBU representatives gift Congressman Louie Gohmert an ETBU jersey with his name on it on Thursday.

The Rotary Club of Marshall members got a special treat on Thursday when U.S. Congressman Louie Gohmert (R-Tyler) came to a meeting to speak to the group.

After a lunch catered at the center, Gohmert addressed the group, thanking the club, and specifically President Jerry Pye, for inviting him to the event.

Pye described Gohmert as a “strong defender of U.S. family principals”, adding that it was an honor to have him present at the club’s meeting.

Gohmert opened up his talk with a few jokes and stories, before addressing more serious topics related to his work in Congress.

“We are in a constant battle for the things we hold sacred here in East Texas,” Gohmert said, specifying things such as prayer in school, Second Amendment rights, and the recent push against oil as an energy source.

Gohmert also discussed the book 1984 by George Orwell, and reiterated a quote of his “the only thing that Orwell got wrong was the year”.

He explained that in his opinion, there are a number of parallels from the book that he has seen through his nine terms in Congress, including a proposed plan by another congressmember to create a “ministry of truth” where facts can be posted, and can’t be disproven.

Specifically, Gohmert talked about his experience as a judge who signs warrants, and how when he came to learn that a federal judge signed a warrant for all of the information on all of the clients of a number of cell phone companies in the Unites States, he was appalled at the overreach involved.

“It is a little bit scary when the federal government has that kind of power and control,” he said.

He also addressed how he was blacklisted, for being one of a number of congressman to object to the inauguration of President Joe Biden, as well as his recent votes against the Equality Act and the Violence Against Women Act.

Gohmert explained that he was in favor of both acts, until he read further and realized the implications behind passing each of them.

For the Equality Act, Gohmert said that it basically ended the religious freedom restoration act, and opened up individuals to lawsuits if they refused services to someone based on their religious beliefs.

Regarding the Violence Against Women Act, Gohmert said that the act required institutions to allow trans women entrance into women’s only shelters and other similar spaces, and that he was concerned that would negatively affect the women who needed assistance.

“I couldn’t vote for that,” Gohmert said.

He also discussed his opinion against declaring rivers in East Texas officially declared as natural scenic rivers, because it can prevent the property owners from making alterations to bridges and underground lines around the rivers.

“Once it becomes a wild and scenic river, you’ve lost all control,” he said.

Congressman Gohmert serves as the representative for the first district of Texas which encompasses over 12 districts, including the Marshall area. Gohmert currently serves on the House Judiciary Committee, as a part of the Crime, Terrorism and Homeland Security Subcommittee, as well as, the Courts, Intellectual Property, and the Internet Subcommittee.

He is also a member of the House Natural Resources Committee, where he serves as the Vice Ranking Member of the whole committee. He is currently serving on the National Parks, Forests, and Public Lands Subcommittee, as well as, the Oversight and Investigations Subcommittee.