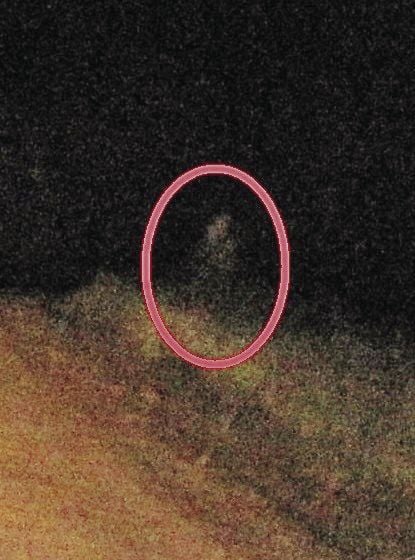 The Sonshine Paranormal team snapped a photo of this "ghost" on Stagecoach Road during an investigation in February 2013. The "ghost" appears to be a woman holding a baby with a small child standing beside her, the team said. 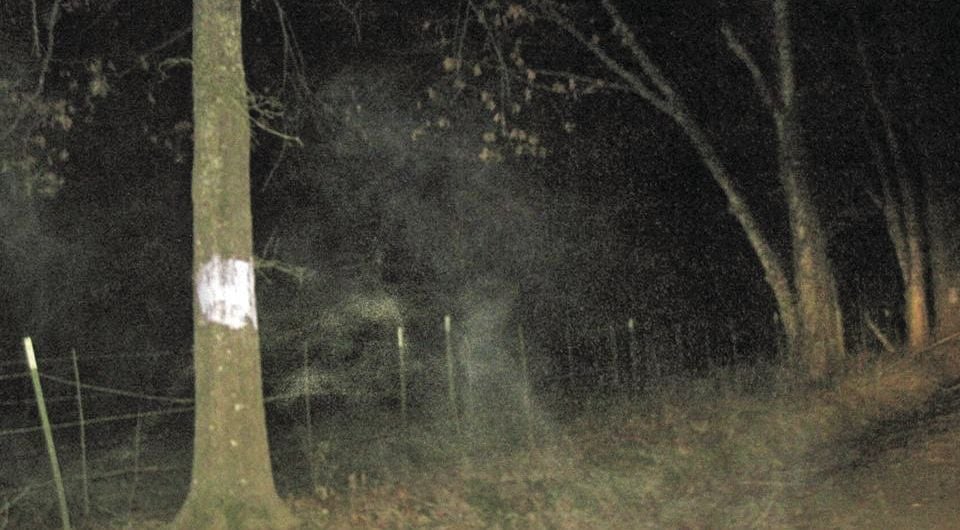 The Sonshine Paranormal team snapped a photo of this "ghost" on Stagecoach Road during an investigation in February of 2013. The "ghost" appears to be a small girl in a white dress, the team said. 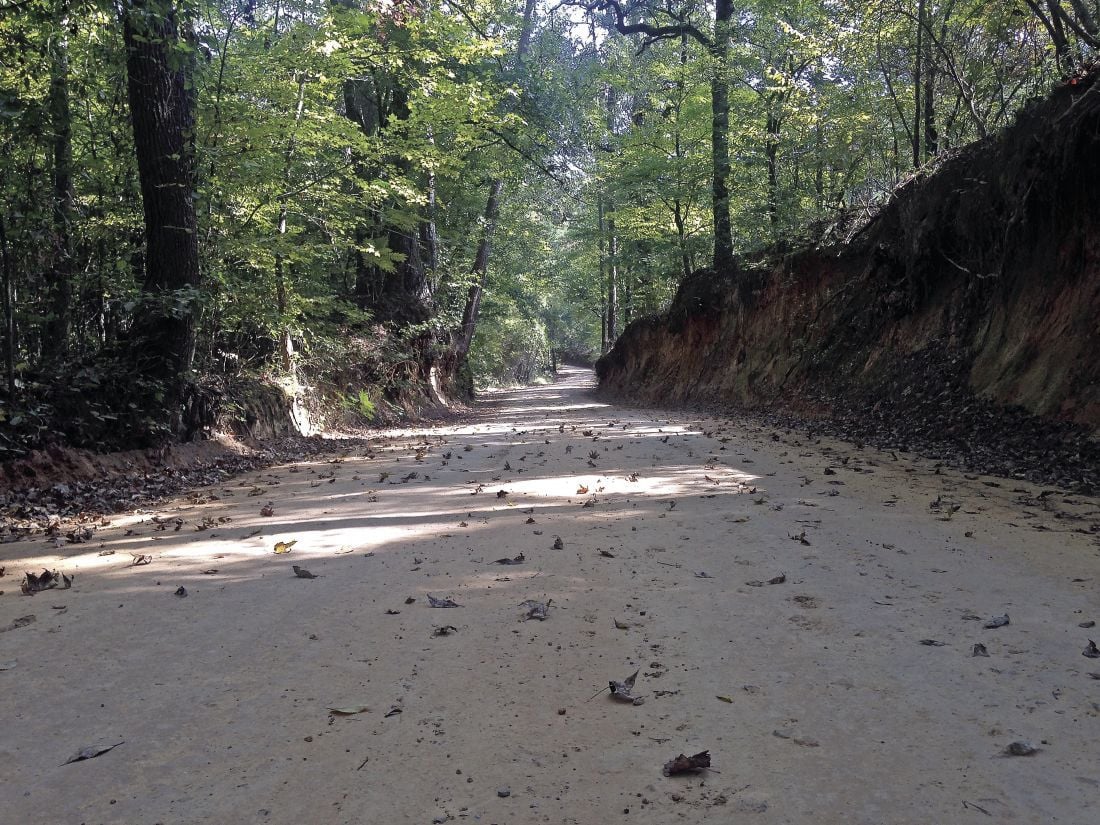 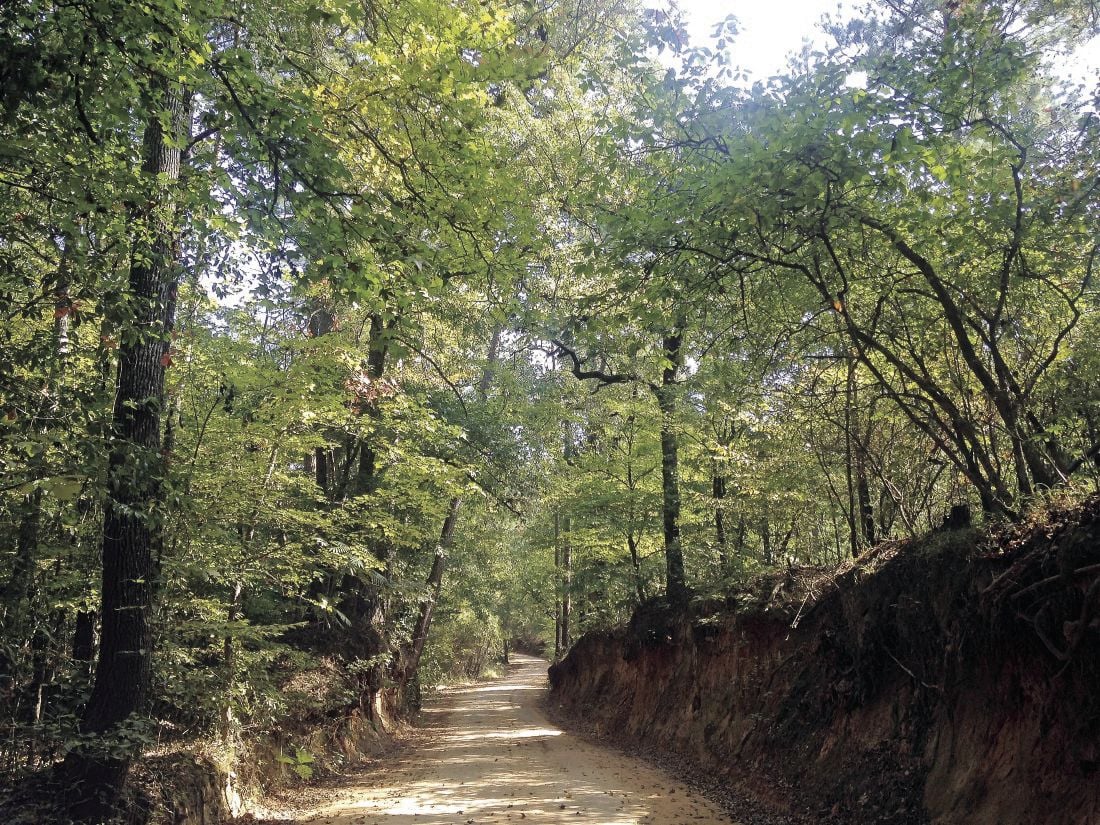 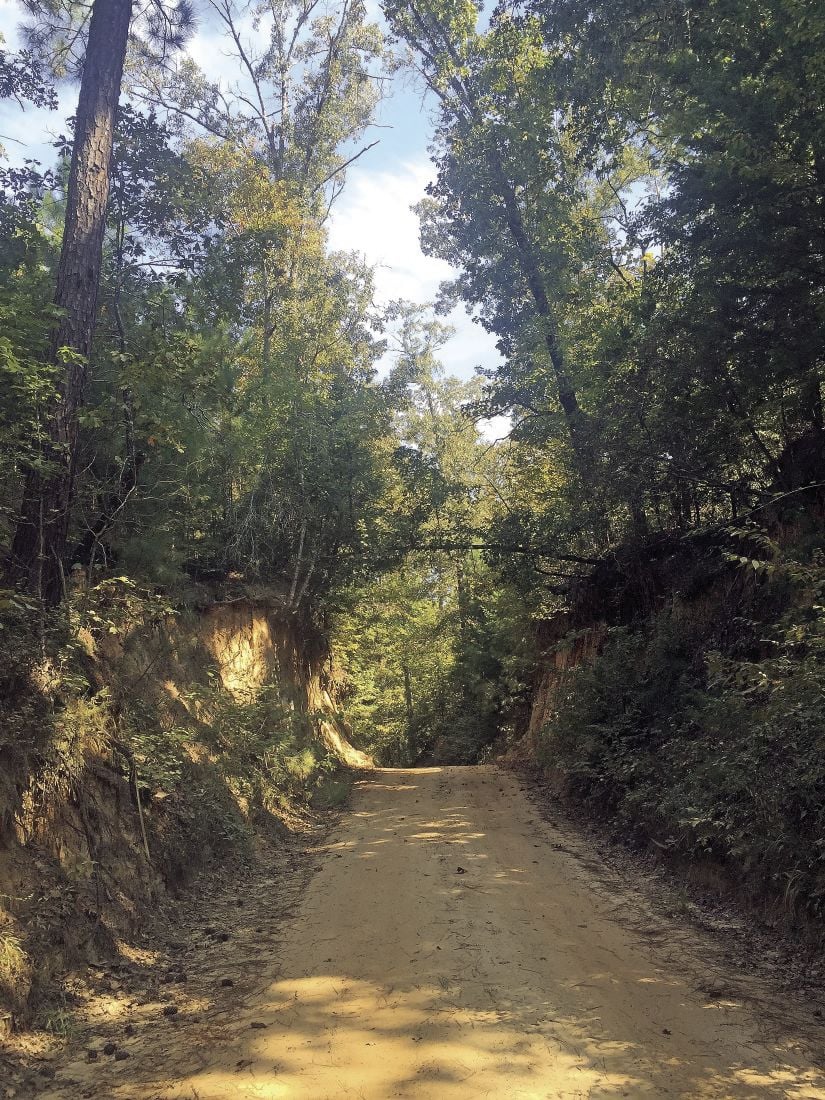 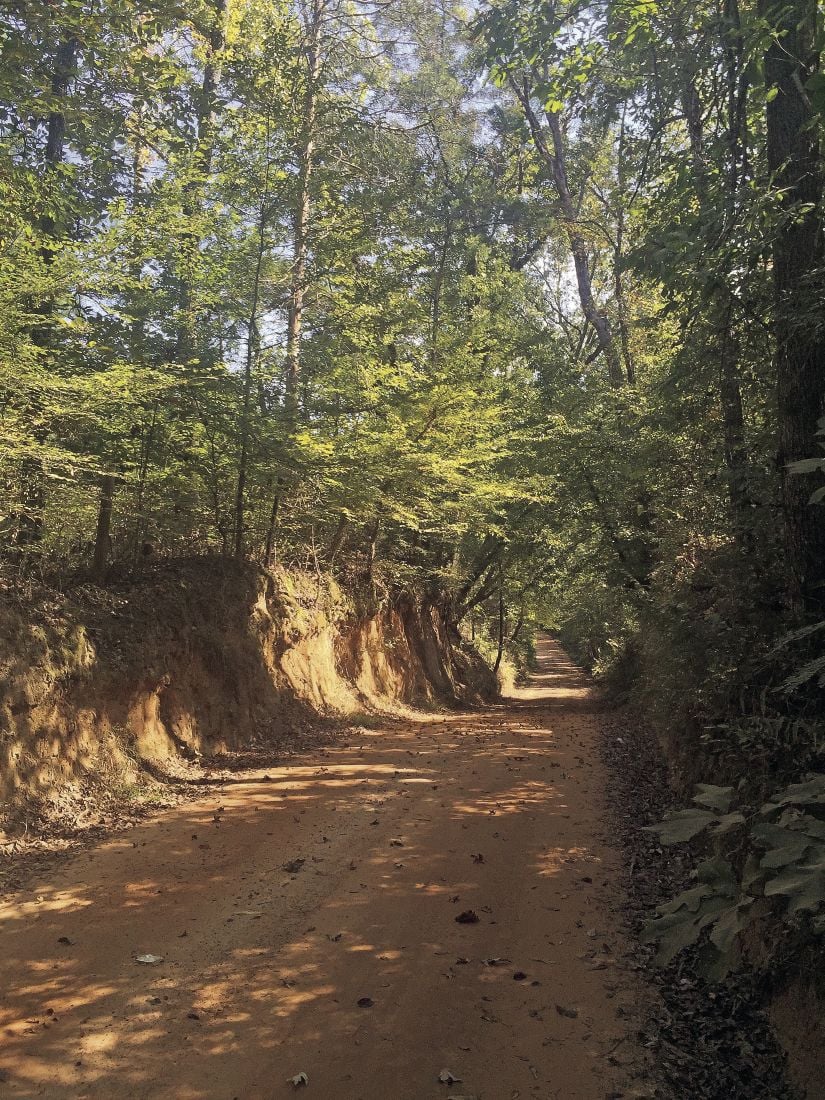 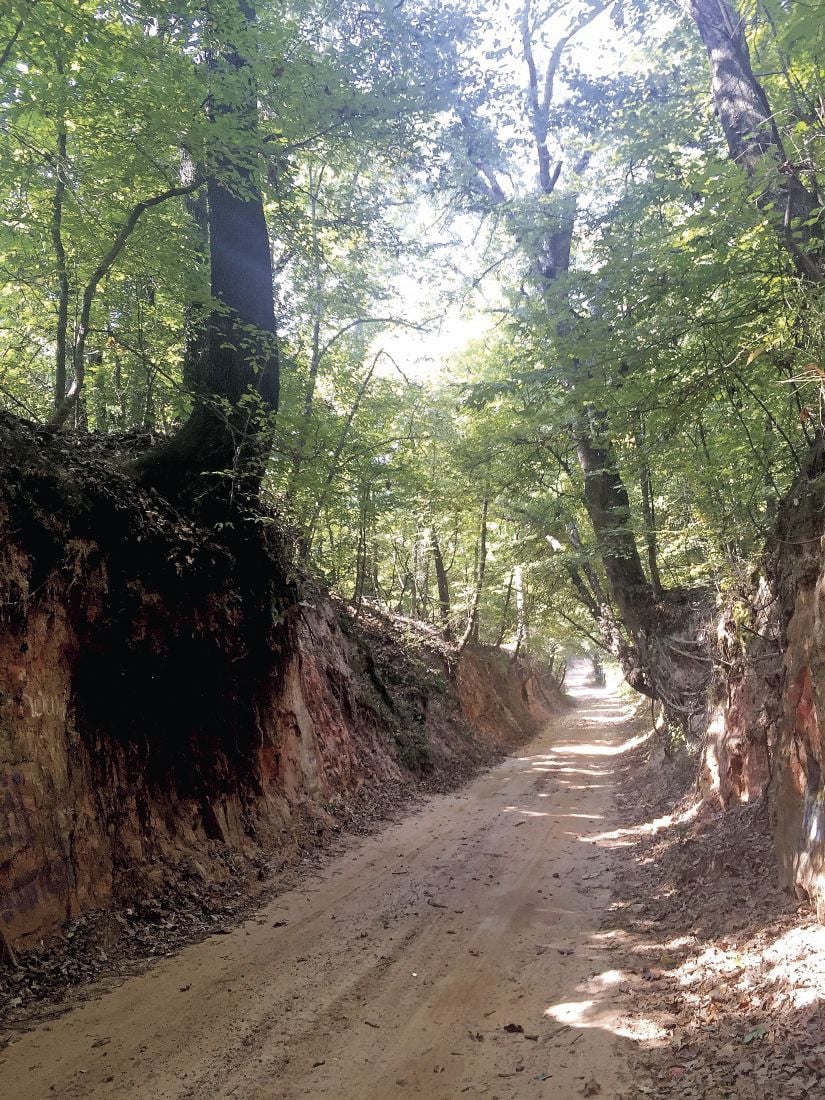 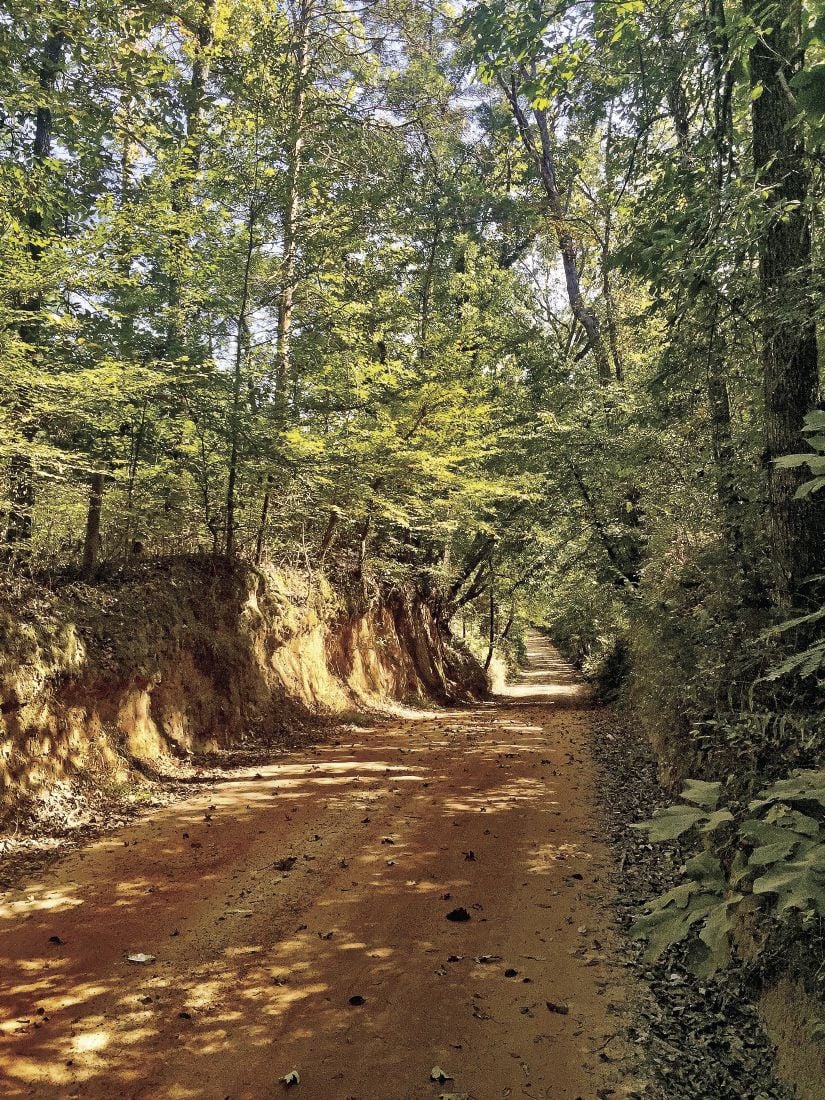 Stagecoach Road in Marshall on Friday. 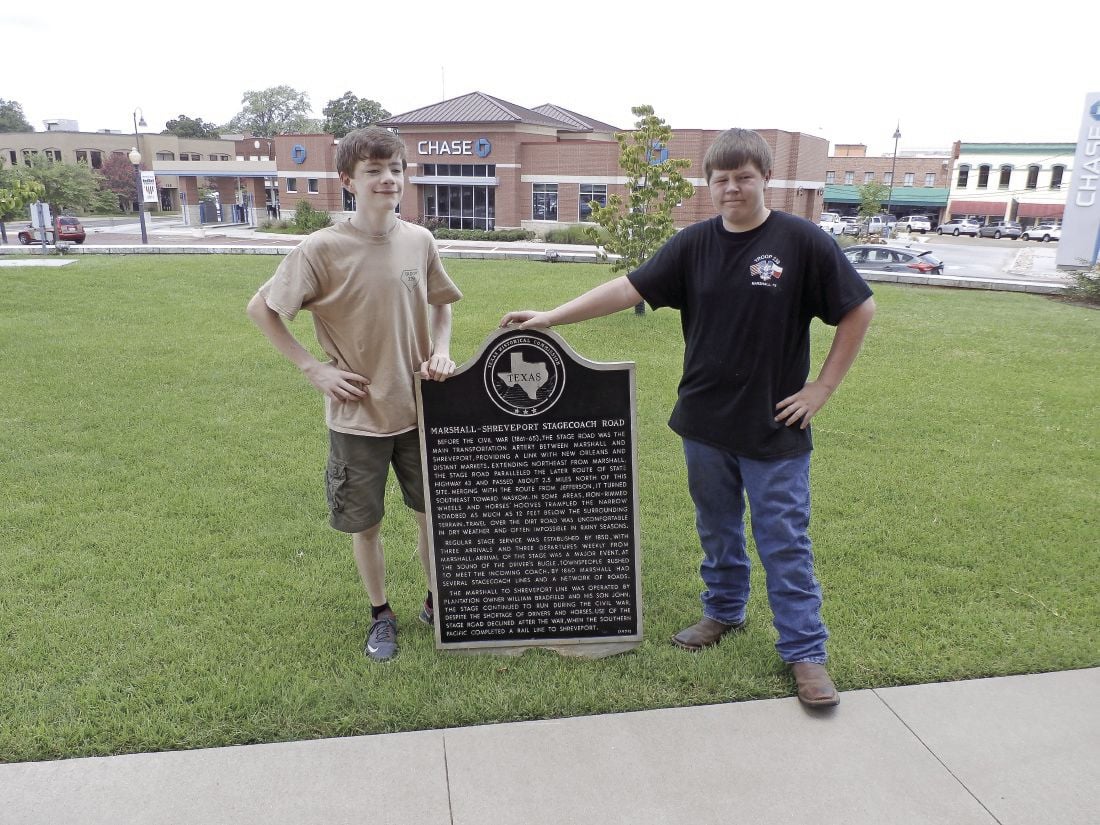 Nathaniel Purvis, left, and eagle scout Ty Weekly are pictured with the historical marker for Stagecoach Road that Weekly refurbished. 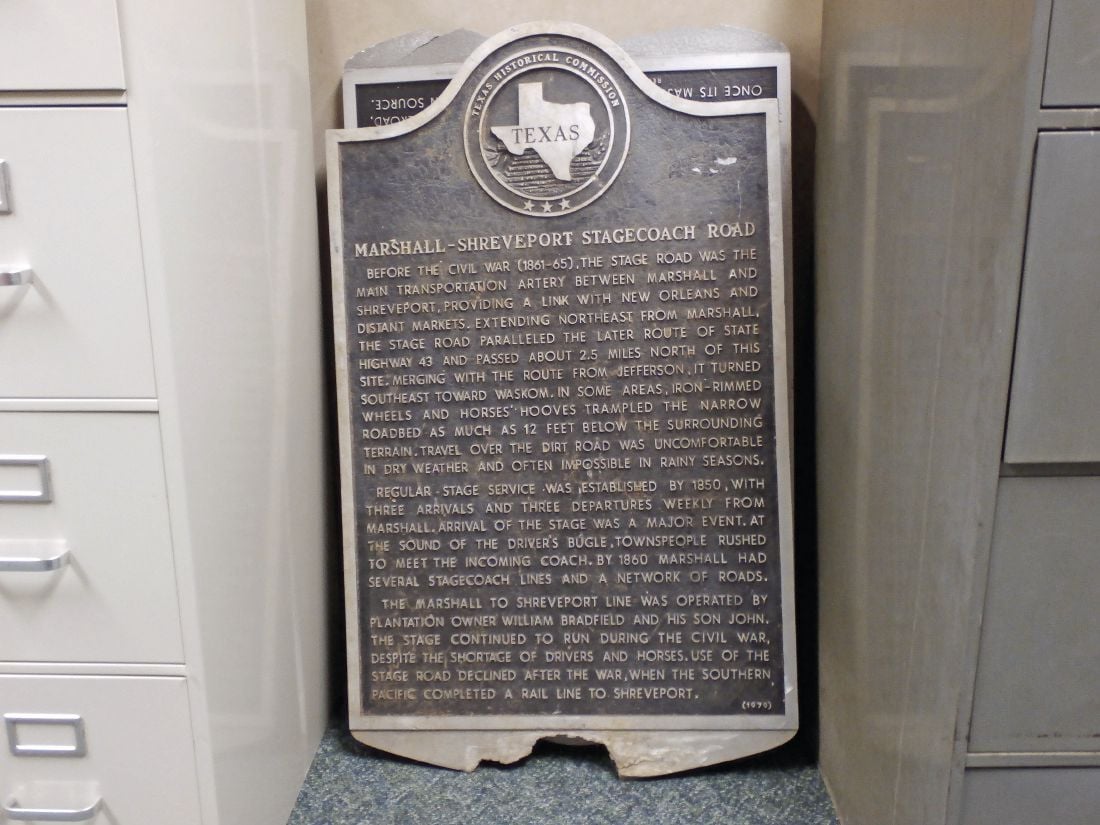 The historical marker for Stagecoach Road in Marshall is set to go back up soon. 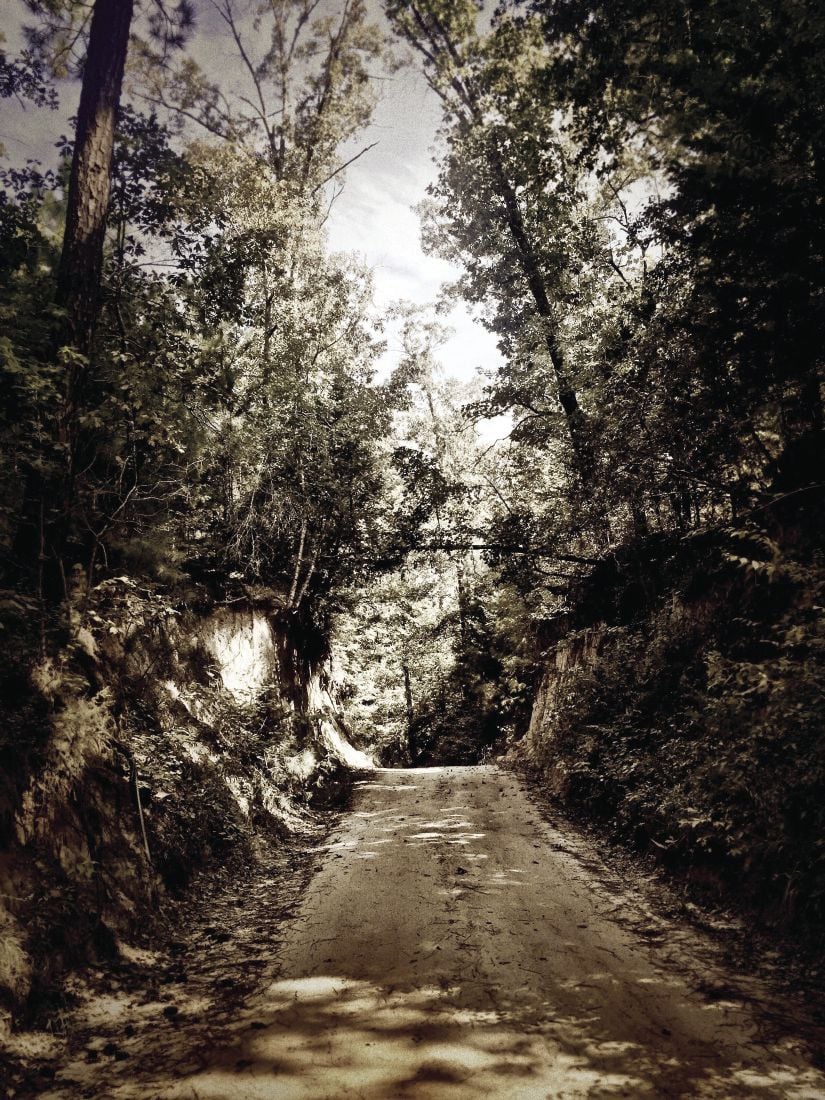 The Sonshine Paranormal team snapped a photo of this "ghost" on Stagecoach Road during an investigation in February 2013. The "ghost" appears to be a woman holding a baby with a small child standing beside her, the team said.

The Sonshine Paranormal team snapped a photo of this "ghost" on Stagecoach Road during an investigation in February of 2013. The "ghost" appears to be a small girl in a white dress, the team said.

Stagecoach Road in Marshall on Friday.

Nathaniel Purvis, left, and eagle scout Ty Weekly are pictured with the historical marker for Stagecoach Road that Weekly refurbished.

The historical marker for Stagecoach Road in Marshall is set to go back up soon.

Drivers looking for a "spooky" Sunday drive this month in celebration of the upcoming All Hallow's Eve should set their sights on Marshall's old Stagecoach Road.

Nestled amidst the Pine Curtain in northeast Marshall, the old, red dirt road is lined with tall oak trees whose branches reach out and touch each other, blocking out all sunlight from above and creating a "creepy" atmosphere rife for legends and hauntings.

The historical dirt road served as the main thoroughfare for stage coaches traveling between Shreveport and Marshall in the early to mid-1800s before the Civil War. After the war, travel on the road declined due to the expanse of the railroad.

"A 'holloway' is an old English word referring to a road bed that is sunken into the ground with high walls along it. In old England, the wheels of the stagecoaches traveling in the dirt roads would cause the roads to wash out and a rain would come and wash away the soil. This eventually narrowed the roadway and made it a 'hollow way,' which is what we have out on Stagecoach Road."

The road is a registered historical site though its historical marker is not currently up.

"In some areas, iron-rimmed wheels and horses' hooves trampled the narrowed roadbed as much as 12 ft. below the surrounding terrain," the marker reads. "Travel over the dirt road was uncomfortable in dry weather and often impossible in rainy seasons."

Now the road is maintained by the county, which recently did repairs to part of the road.

"They came up with a method everybody agreed would help repair the road and not damage its' historical look," Speir said.

"We were actually in town staying at the Best Western in February of 2013, hoping to check out the old insane asylum there," Sonshine Paranormal Founder Clay Henderson said Friday. "We talked to the man at the front counter of the hotel and he asked if we had ever been out to Stagecoach Road. We had never heard of it. He said about one or two ghost hunters a year went out to see it and investigate."

Henderson and his wife, Barbara, who works in the paranormal group with him doing investigations at "haunted" locations across the country, decided to try out the road.

"I thought the legends were likely teenage hysteria or boyfriends taking their girlfriends out there trying to scare them," Henderson said. "We went out there to debunk the legends and the stories. Instead, we found some pretty great evidence supporting them."

After hearing stories of the "Goat man" who haunts the road and sightings of little ghost children, the couple took off at night time to see what they could find.

"We stopped the car at one point because we had an EMF (electro-magnetic field) detector on and it spiked," he said. "I got out and started randomly taking pictures and in one of them, a girl in a white dress about 5 ft. tall was standing about 20 ft away from the back of our car."

The Hendersons also snapped a photo of what may be a ghostly figure, which Clay believes is a mother and her two children.

"There's the story of a mother who lived out there and drowned her two kids in the marsh, planning to commit suicide afterwards except she couldn't bring herself to follow through after she killed her children, so the townspeople killed her when they found out what she had done," Clay said. "She is still out there on Stagecoach Road looking for her children, the story goes."

He said he believes the ghostly photo of the woman and two children is the one from the story.

"With those old oak trees out there casting so much shade and those steep walls, it can get very spooky very quick," Speir admitted.

The Hendersons also experienced battery drains on some of their electronic equipment while on the road, which ghost hunters claim can be a sign of an entity drawing power to show its presence. The couple also had the word "felt" come through a voice box that they had running during their investigation.

While the road grows in popularity, especially around Halloween, the county historical commission is currently planning to re-install the road's historical marker.

"The marker has been stolen several times over the years and it was found in 1997 on a routine traffic stop in Colorado. A local constable here named Robert Wood paid out of his own pocket to have it shipped back to Marshall," Speir said. "A local eagle scout named Ty Weekly refurbished it and now Judge Hugh Taylor has it and its waiting to go back up out there. It's going to be mounted on a granite block so it can't be stolen again and placed at the Pine Bluff Church."

The road has also been recently repaired by the county.

"They did some repair work out there in the past 30 days I believe," Speir said.

Taylor did not return phone calls inquiring when the marker would be going back up.

Speir said he believes the marker is a target for thieves due to the road's popularity.

"The road is popular because of the stories and legends and that makes the marker popular," Speir said.

Henderson agreed, saying that ghost hunting groups have more than quadrupled to the road in recent years.

"We went down there to prove the stories wrong and in the end, we couldn't do that," Henderson said.