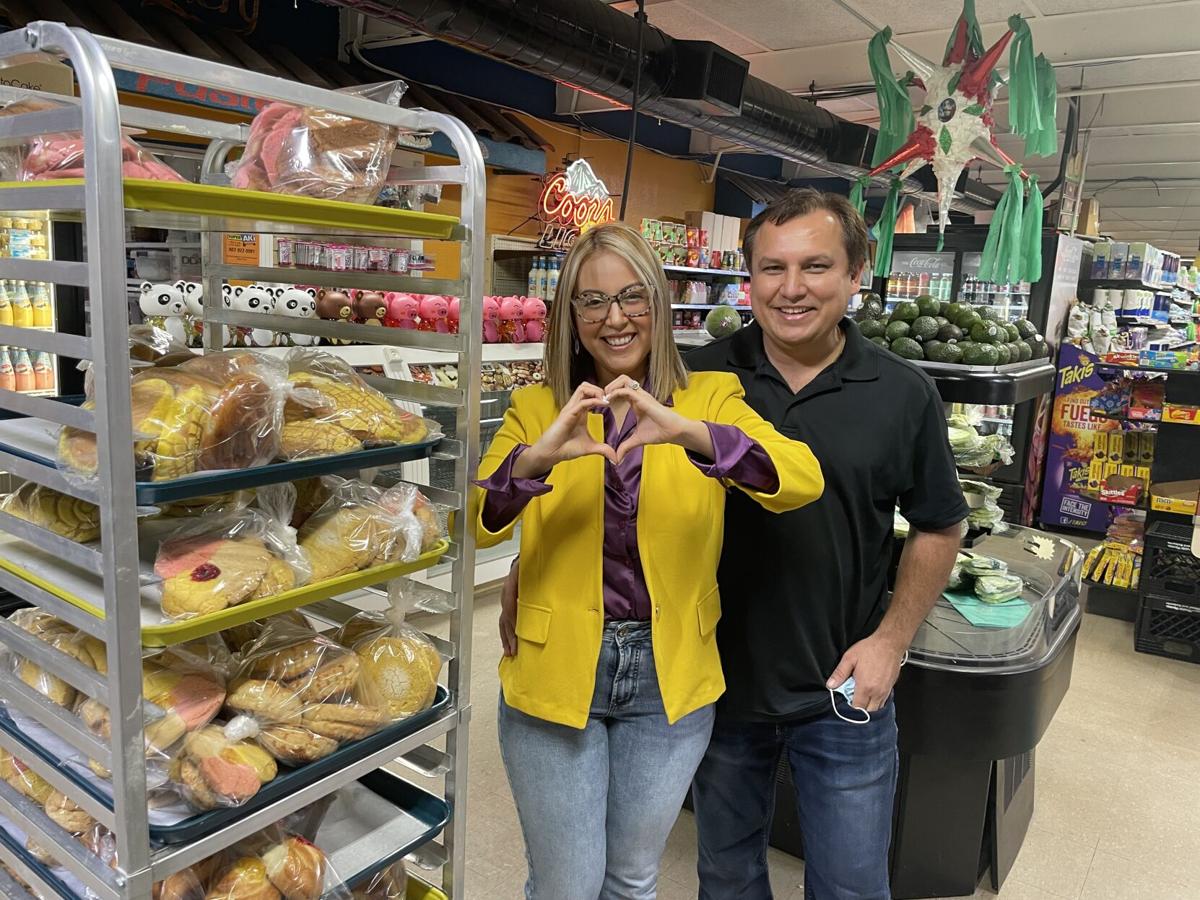 Andres and Sonia Cornejo, owners of El Paisano Supermarket in Marshall, are all smiles inside of their store. 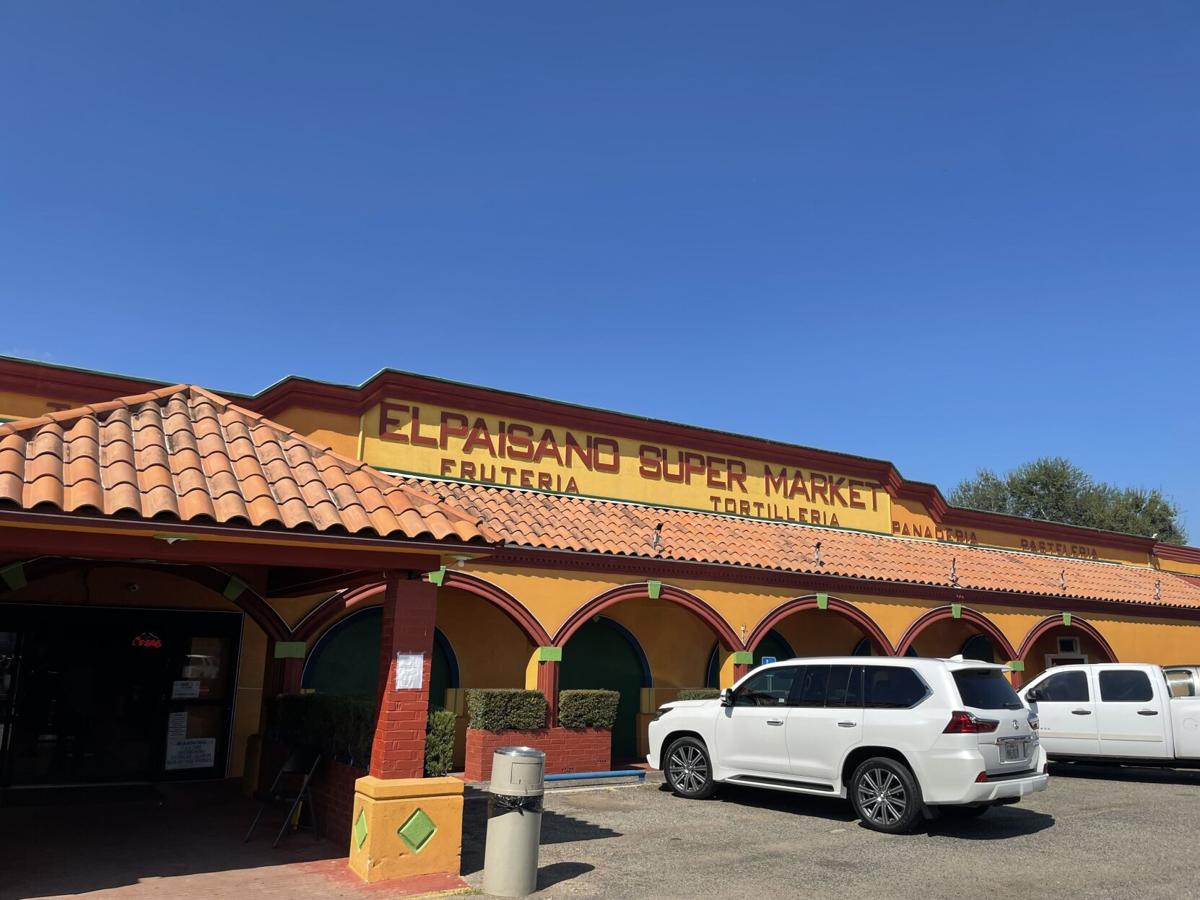 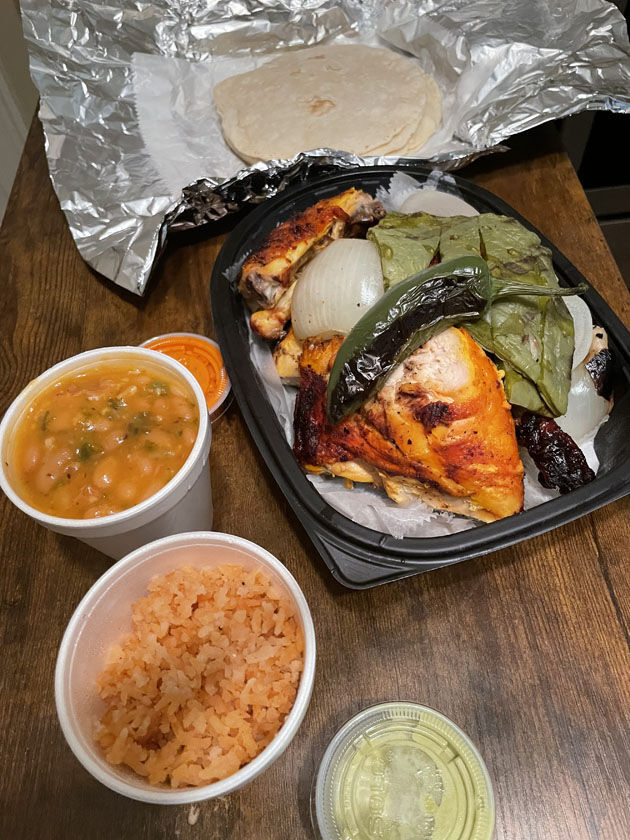 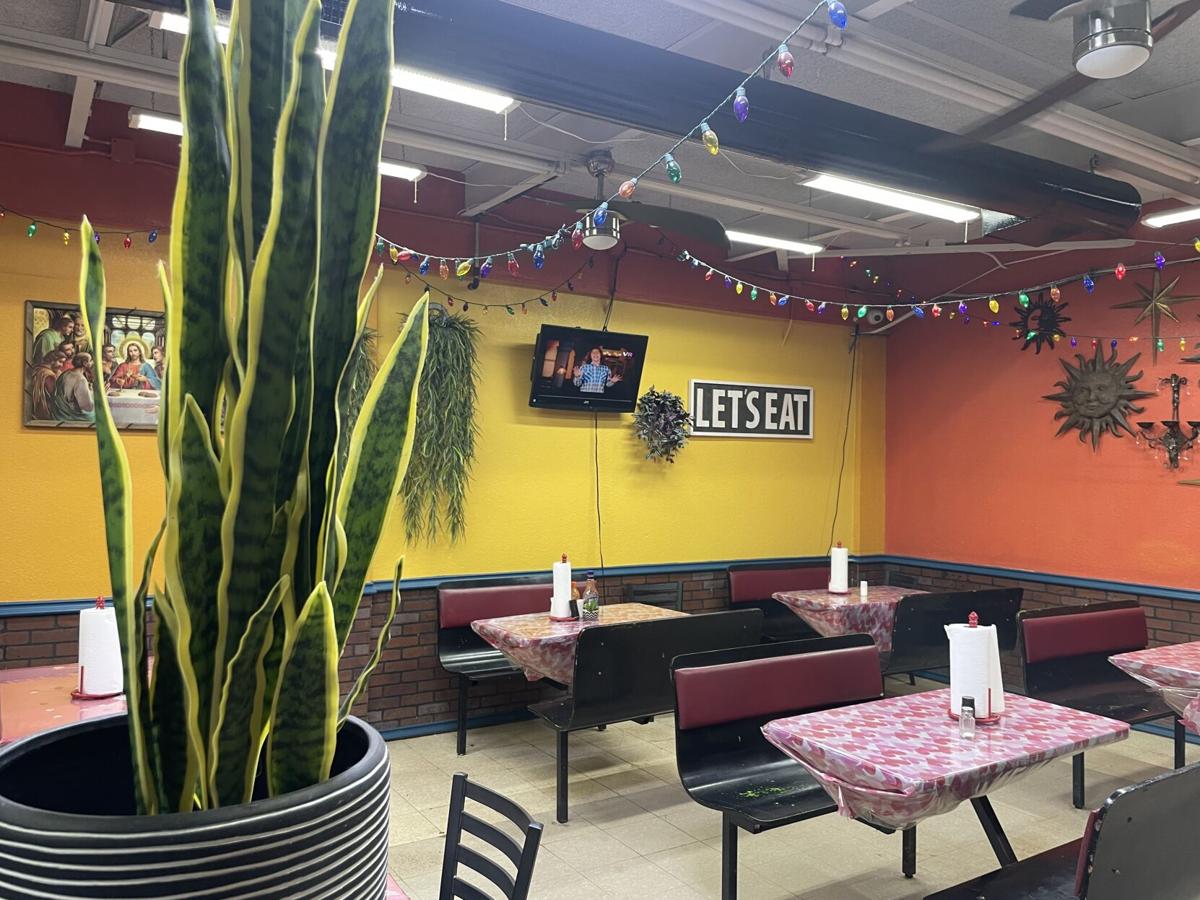 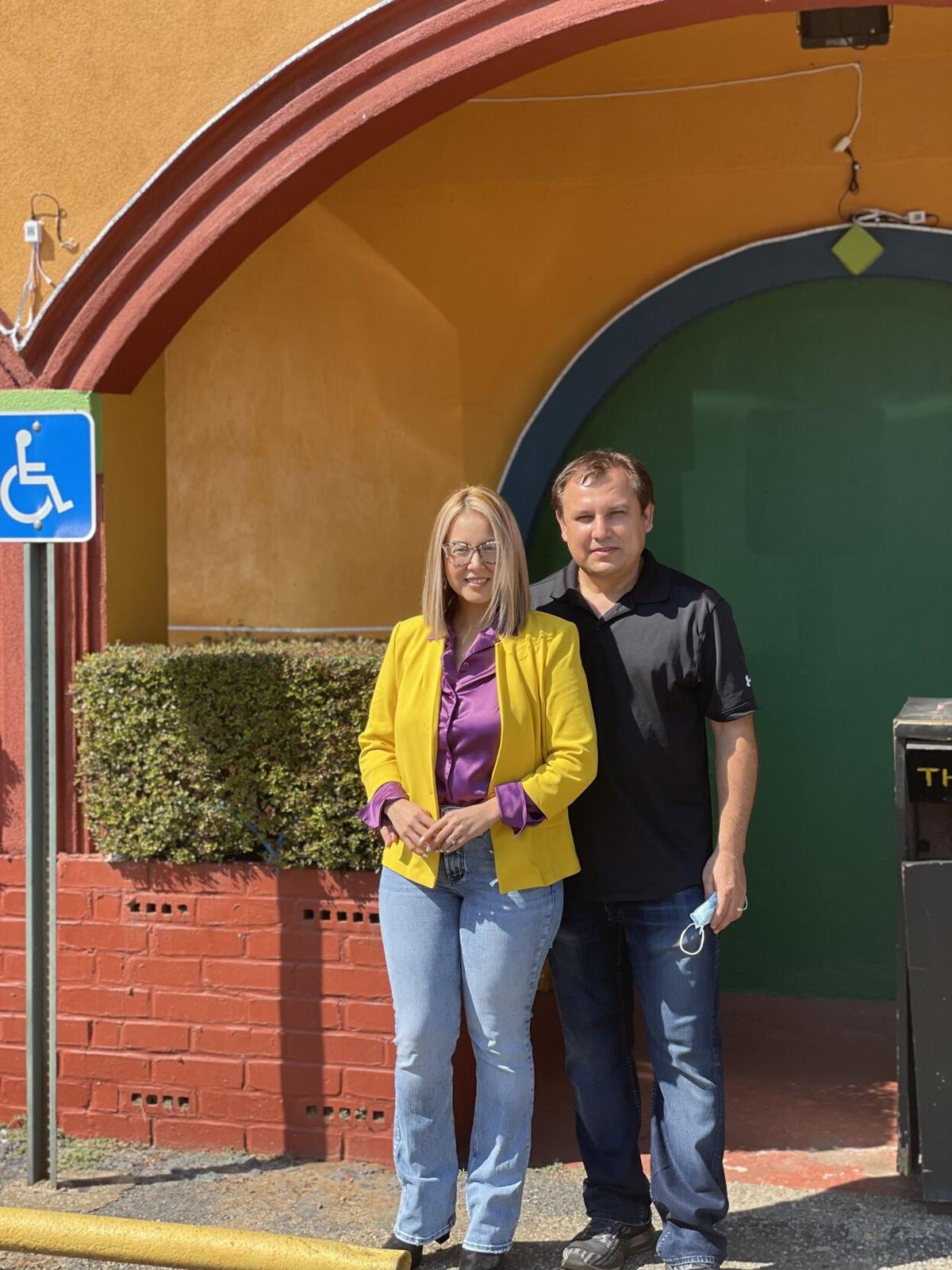 Andres and Sonia Cornejo, owners of El Paisano Supermarket in Marshall, are all smiles in front of their store. 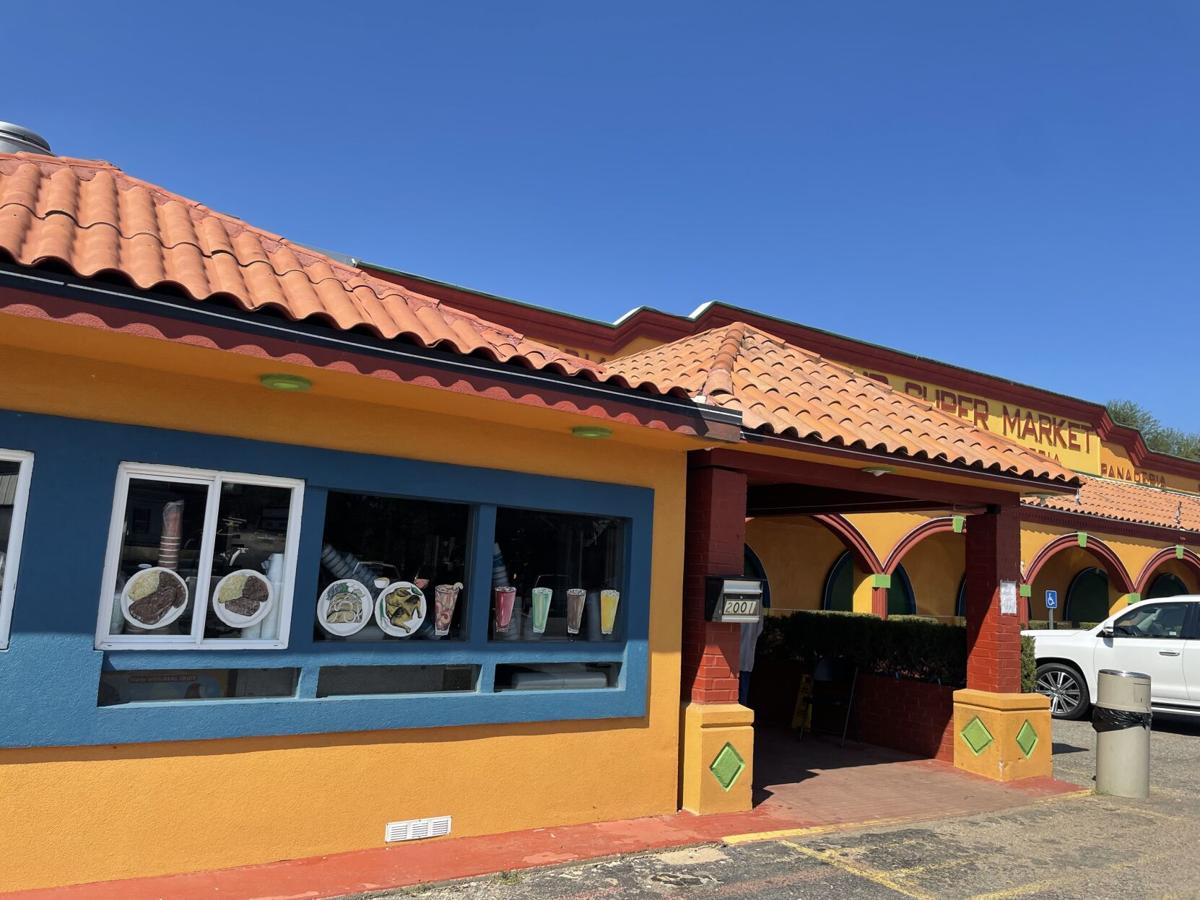 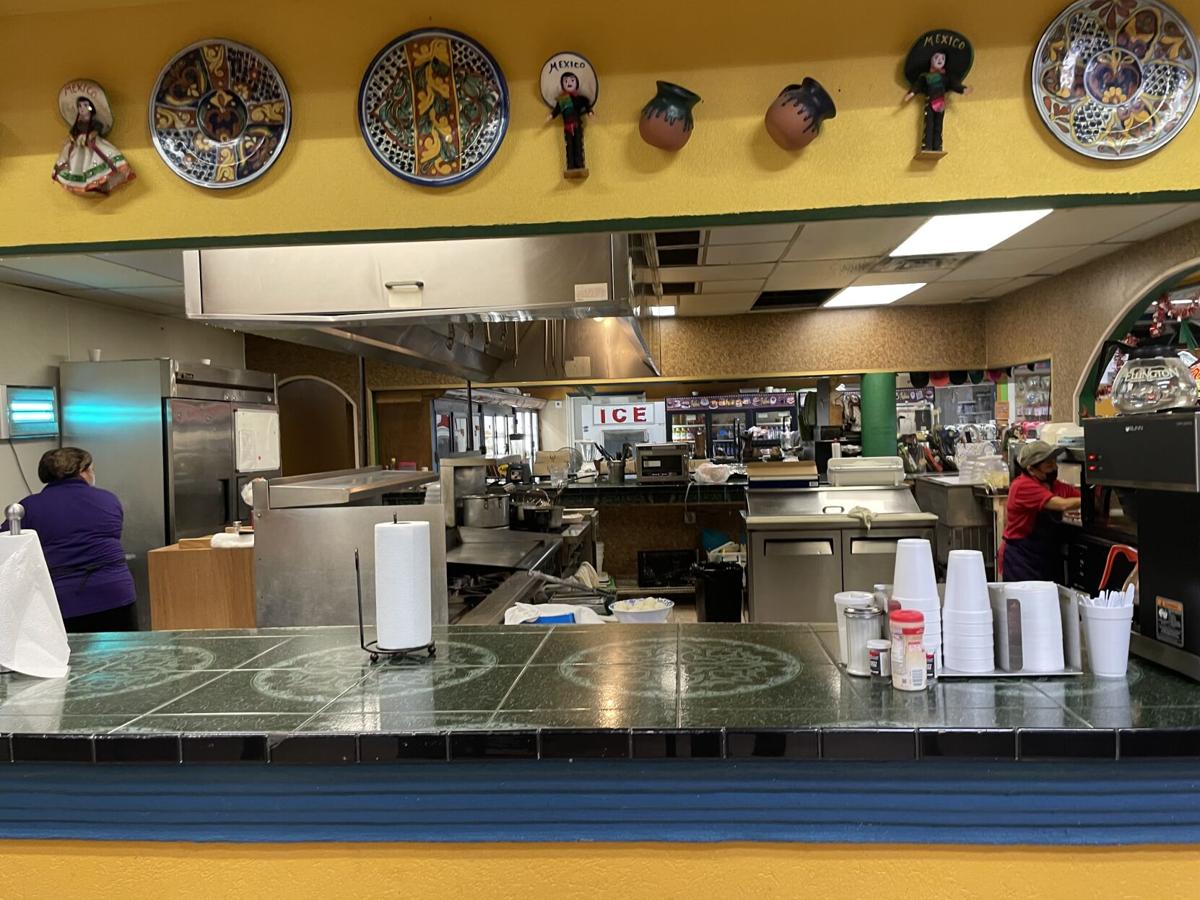 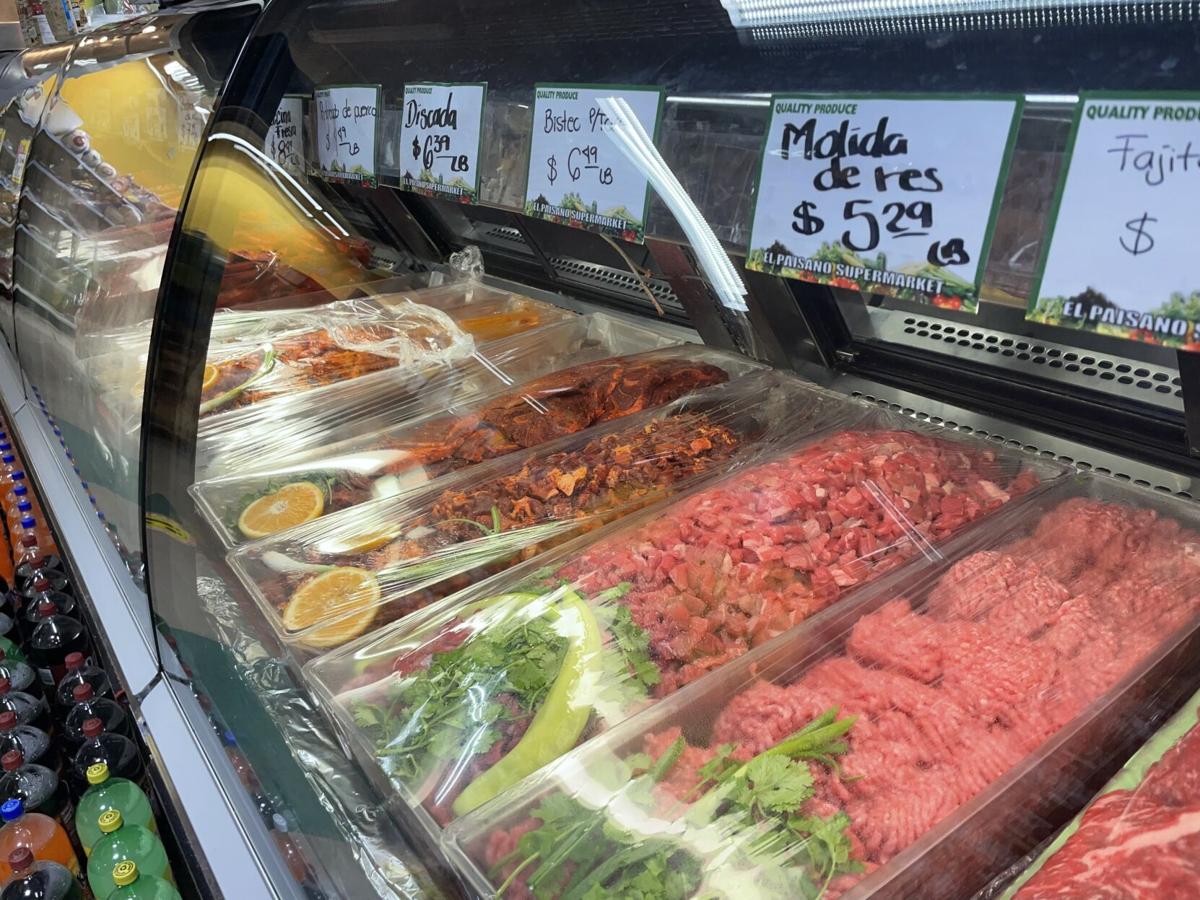 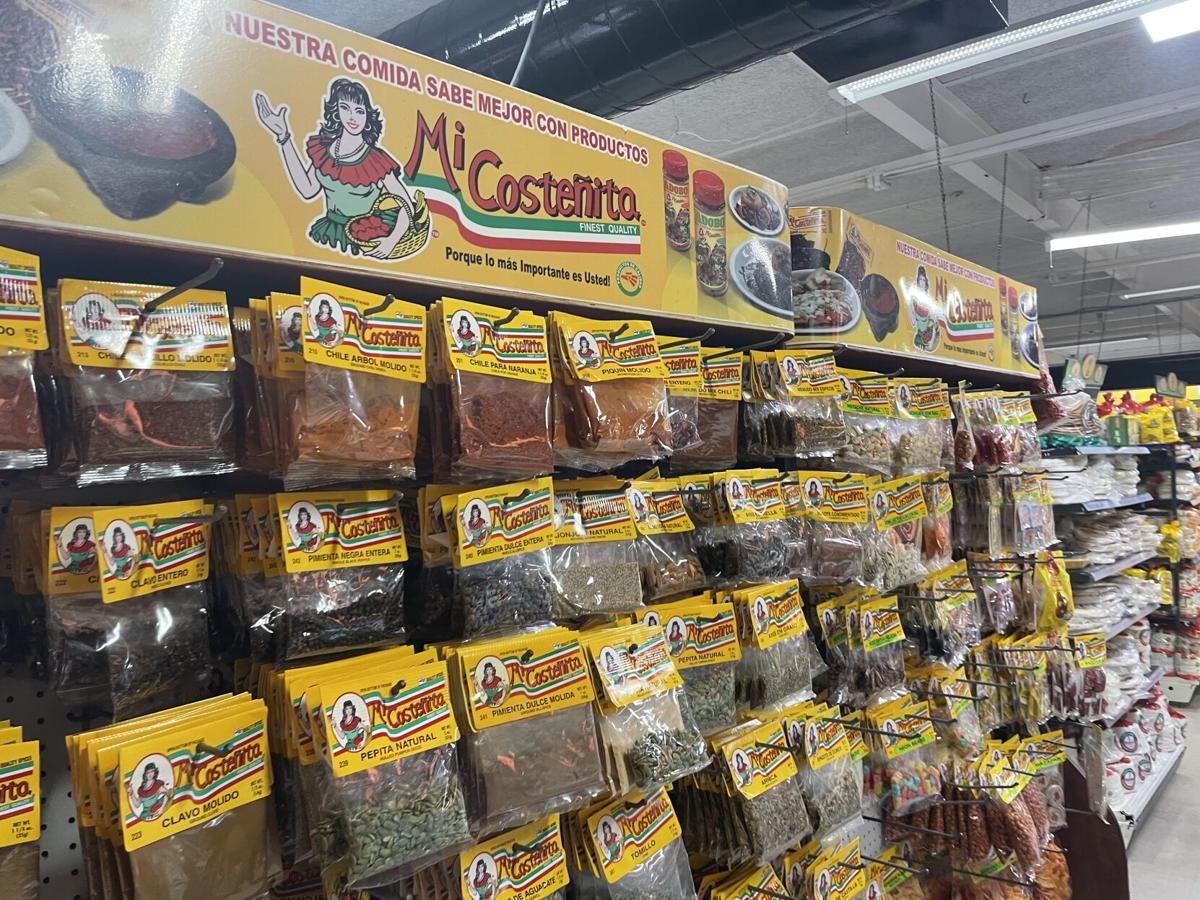 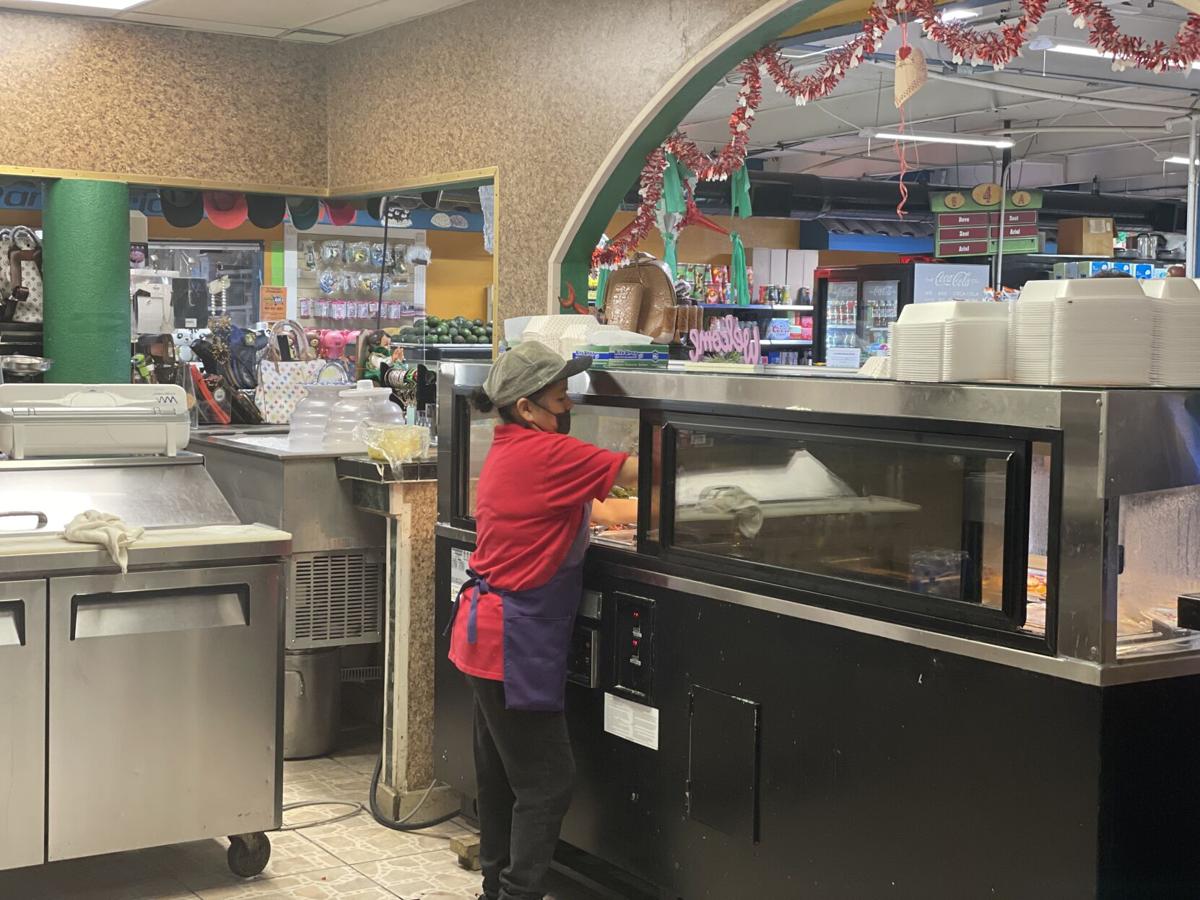 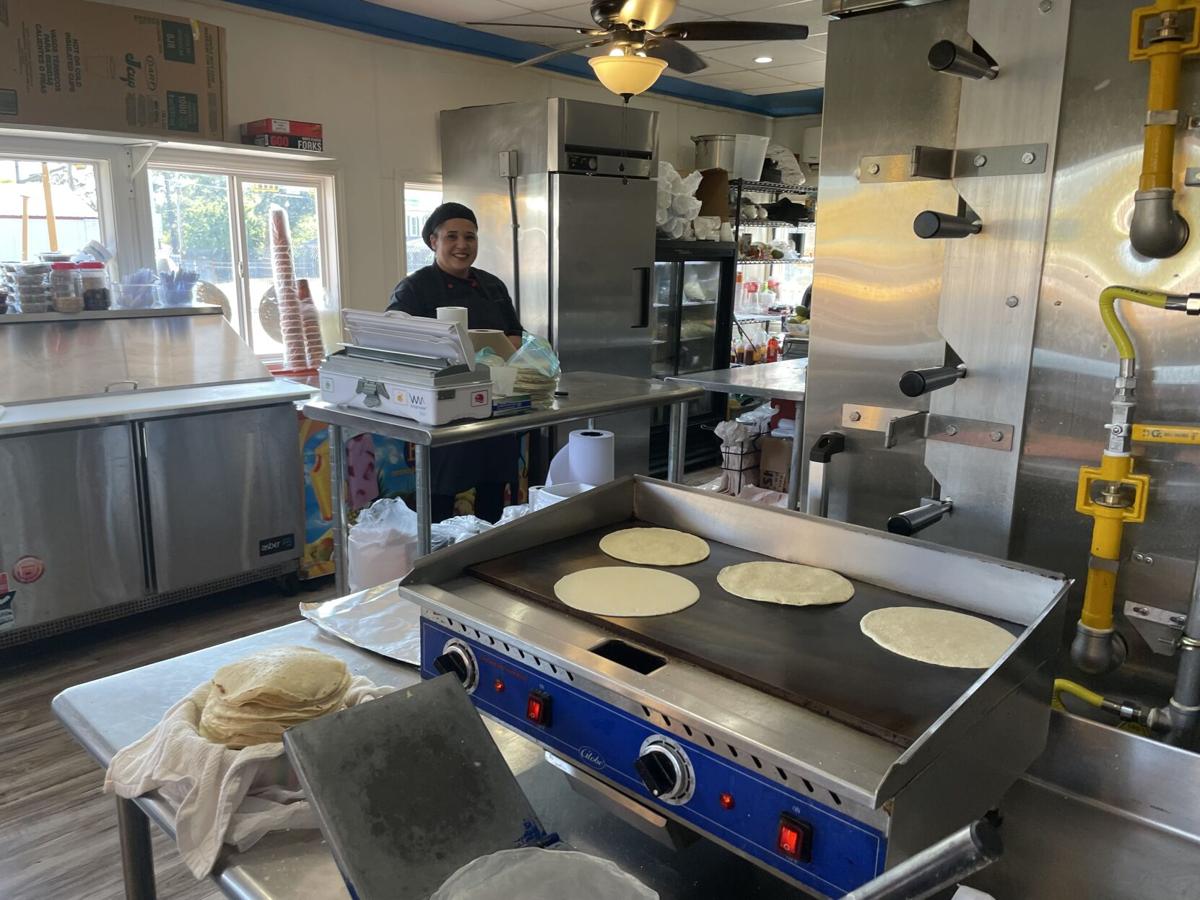 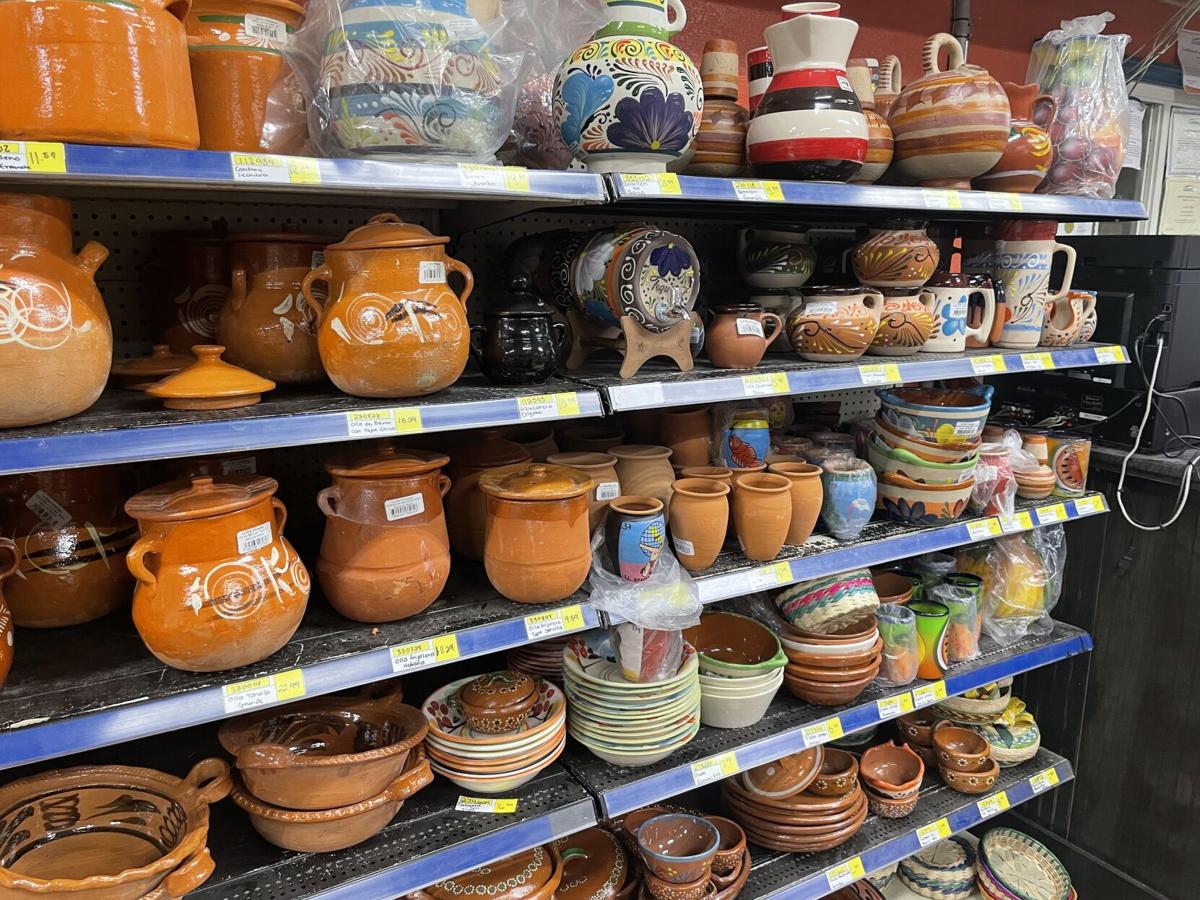 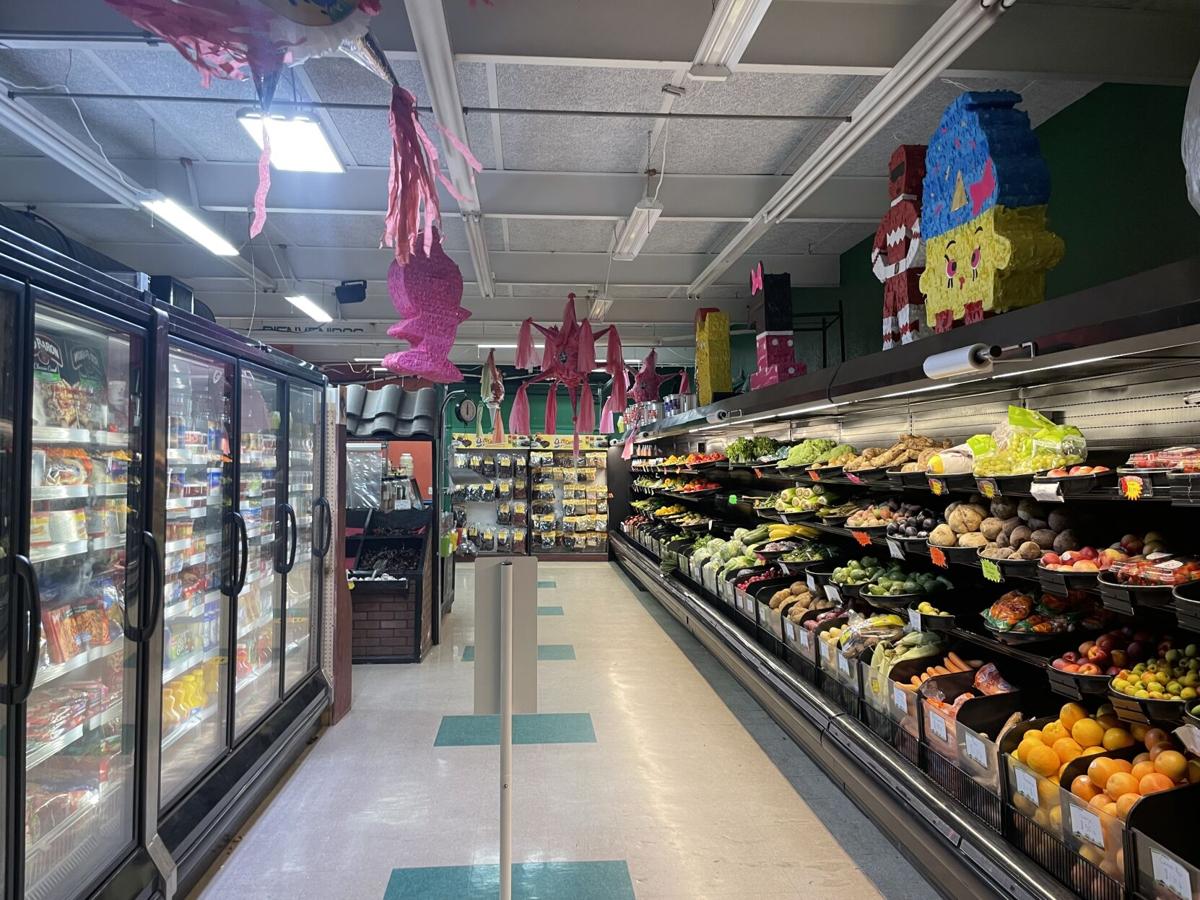 Andres and Sonia Cornejo, owners of El Paisano Supermarket in Marshall, are all smiles inside of their store.

Andres and Sonia Cornejo, owners of El Paisano Supermarket in Marshall, are all smiles in front of their store.

MARSHALL — Inspired by the Spanish term that offers a friendly greeting, El Paisano Supermarket located at 2001 W. Grand Ave., welcomes all to the grocer and restaurant for some homemade authentic, fresh food.

“That was a name my husband chose on his own,” Sonia Cornejo, who co-owns the establishment with her husband Andres Cornejo, said of the name El Paisano.

“He said it’s just a name that welcomes everyone,” said Sonia. It’s saying “we’re here for y’all and we’re opening the doors for everyone.”

The Cornejos are happy to be able to bring a taste of freshness and Spanish culture to the community. Marshall is home to Sonia and became her husband’s home when he moved from Florida about 22 years ago.

“It fills our heart with happiness,” Sonia said of being able to serve the community through their store. “It fills our heart because we’ve seen them come — everyone — and they’re just so blessed that we can offer them such freshness and authentic fresh food, fresh bakery, fresh meat, fresh produce — and it’s just all in one store.

“Everything is made from scratch, homemade — from the tortillas to the salsa to everything, the seasoning too,” she said. “Everything’s made fresh.”

The Cornejos said they appreciate everyone for their support. They love the fact that their diverse group of patrons mirrors the community.

“It’s very diverse,” Sonia said of their customer base. “When we started, yes, it was more of a Hispanic (crowd); and then slowly they started coming in here — everyone.

The supermarket, which boasts a restaurant, bakery, concession, meat department, pottery section and more, is located in what used to be a former Dollar General.

The Cornejos bought the building after operating a much smaller scale store on Poplar Street.

“We started off with that little store on Poplar,” shared Sonia. “We started very small with hardly much in there.”

“I remember we were happy to sell $200 a day at the time that we started,” Sonia reminisced. “That was a lot for us.”

Things turned around for the Cornejos when their former ice cream distributor offered Andres to join the business.

“One day the distributor that used to do our ice cream popsicles offered a business to my husband to get a few routes from there, which that means we established refrigeration in about 300 stores, just selling Blue Bunny ice cream and all that ice cream,” said Sonia. “So he decided to invest that little that we did have at the time, and it did good. We were able to save a little bit more from there. He decided that he wanted to expand it.”

That’s when the Cornejos invested in the old Dollar General store and birthed El Paisano Supermarket. Andres, who grew up in a household of entrepreneurs, was the visionary behind the expansion.

“At the time, it was a Dollar General and when he saw that lot he said: ‘You know what Sonia, I can see us in that building, expanding,’” Sonia reminisced.

“Of course, his family has all had businesses growing up so he kind of had all that in him,” she said, sharing how Andres learned the value of hard work at an early age, helping milk cows to prepare for the sale of milk and cheese from his parent’s ranch.

“We decided to open and it’s done good,” Sonia said of the supermarket.

It took a few years to remodel the old building before opening, but it was worth it.

“It took us a long time to open, but once we opened, we opened,” said Sonia. “It’s been good. The community has been supportive.”

“Pretty much all the credit goes to (Andres),” she said of her husband. “I’ve been here right by his side, supporting. He’s the one that started all these ideas.”

She described Andres as a very humble, hardworking person who just loves giving back to the community.

“He’s awesome. He has the heart; and I’m all about eating healthy and fresh,” said Sonia.

The store opened as a full-service supermarket. The meat department is the “heart of the store,” Sonia said.

“When we opened, we just opened with everything,” said Sonia. “We have the restaurant, a fresh bakery every day. The food is made from scratch. Nothing is canned food here. The fresh produce and the fresh meat, you can get it cut however you wish, and already marinated for you.”

The outdoor concession is also a favorite, satisfying all breakfast, lunch and dinner needs. At the concession, customers can find the store’s signature mesquite chicken dinner, which includes fresh, homemade tortillas, rice, beans and salsa. The serving size is large enough to feed a family of four.

“One day you say I don’t want to cook, well, don’t worry about it. We got it all in here,” she said. “You can take a full chicken with already fresh tortillas, rice, beans, everything. Or one day you just want tamales, we’ve got fresh hot tamales too. One day we just want fresh veggies, well we’ve got the fresh veggies. And one day we want to have a cookout, fresh meat, already marinated. You can get it spicy, non-spicy and if you want a certain cut you want, we’ve got it. If you say can you ground our chicken meat, we sure can.”

The signature tacos are also a popular item.

“They’re addicting, not just because we sell them, but they’re good,” she said.

“Right now we’re waiting to get all the permits to expand the store a little bit further now,” said Sonia.

“My husband is always full of ideas. He has it in him naturally,” she said.

Plans for expansion include a larger fresh seafood section.

“We’ve been so happy. Just these last five years, I’ve felt like it’s grown more diverse and diverse and we have loved that,” said Sonia. “That’s why we’re trying to expand a little bit more, because we’re thinking about everyone. They’ve been asking us for a lot of seafood. They’re always asking do you have some crawfish. I told Andres, you know what, we need to hear, we need to listen and why not. So that’s where he got all the ideas, let’s expand, add more seafood, we can make it more diverse.”

Sonia, who also owns a hair salon on the property, said her clients have also fallen in love with the store.

“Some of my clients are like we’ve never been in your store, Sonia. I’m like well you all should give it a try. Come on. Now they’re here all the time,” she chuckled.

Sonia invites the entire community to give the supermarket at try.

“We would love for like everyone really, in Marshall, just to stop by and check us out,” said Sonia. “You might be surprised to come in and see all this fresh food and all this good stuff.

“Just give us the opportunity, stop by and check us out,” she said.

El Paisano is open seven days a week, including all holidays. Regular business hours are 8 a.m. to 9 p.m.