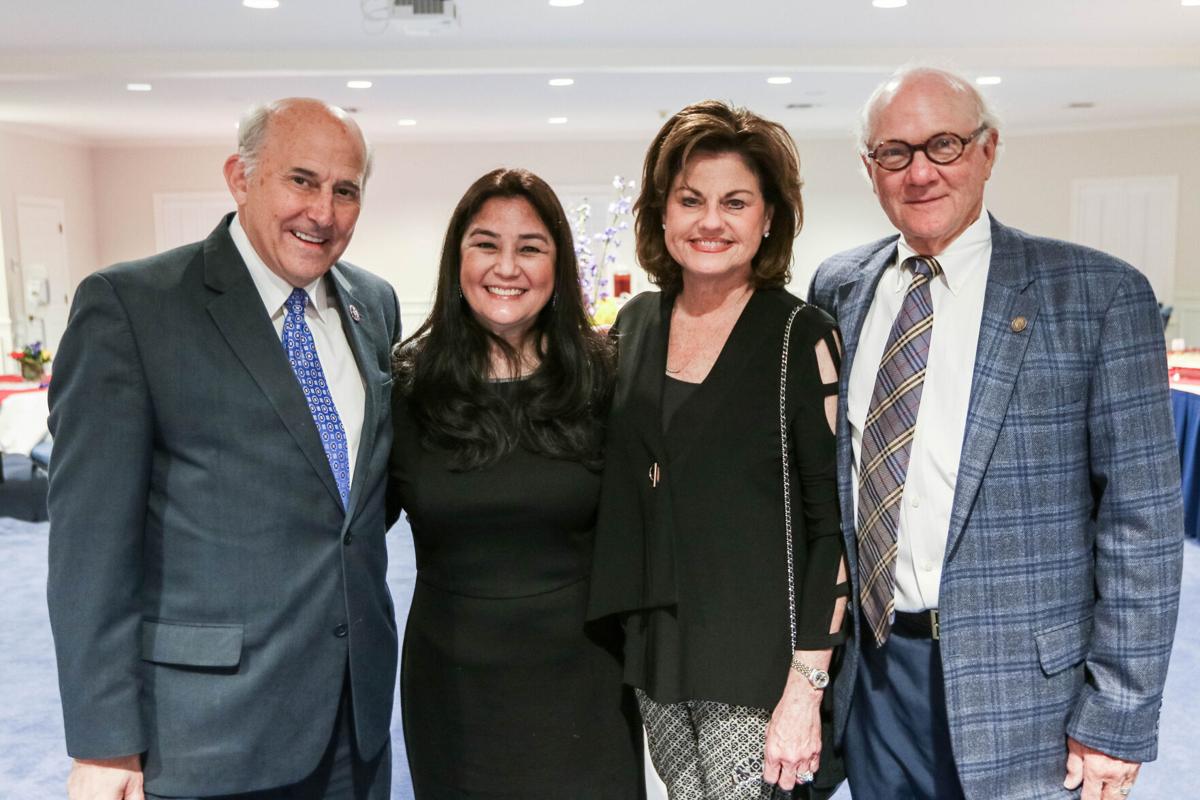 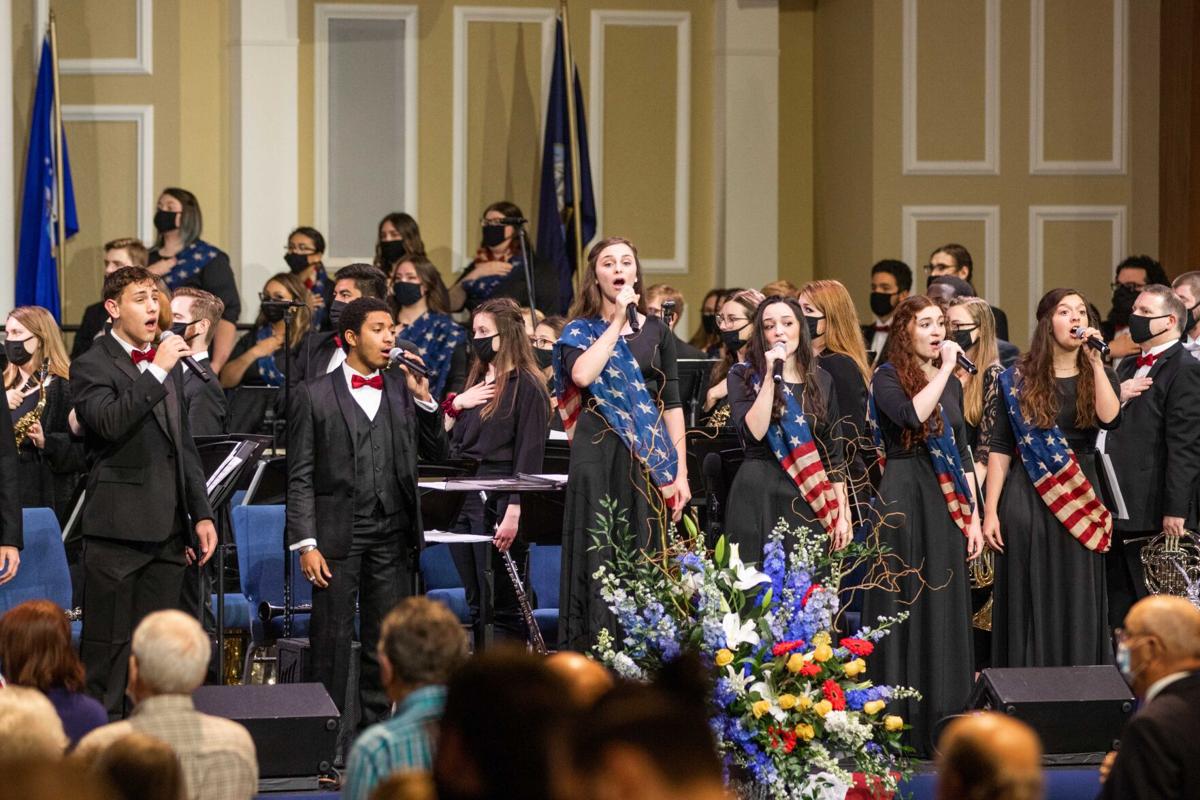 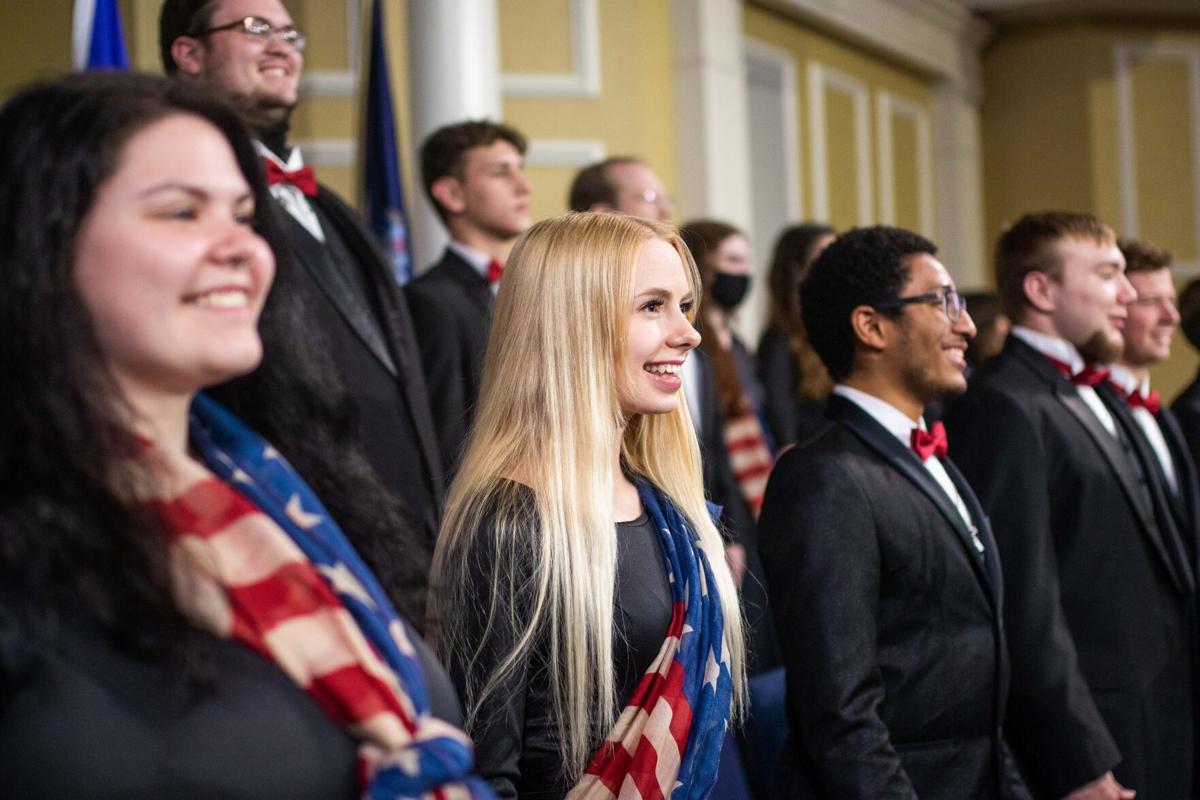 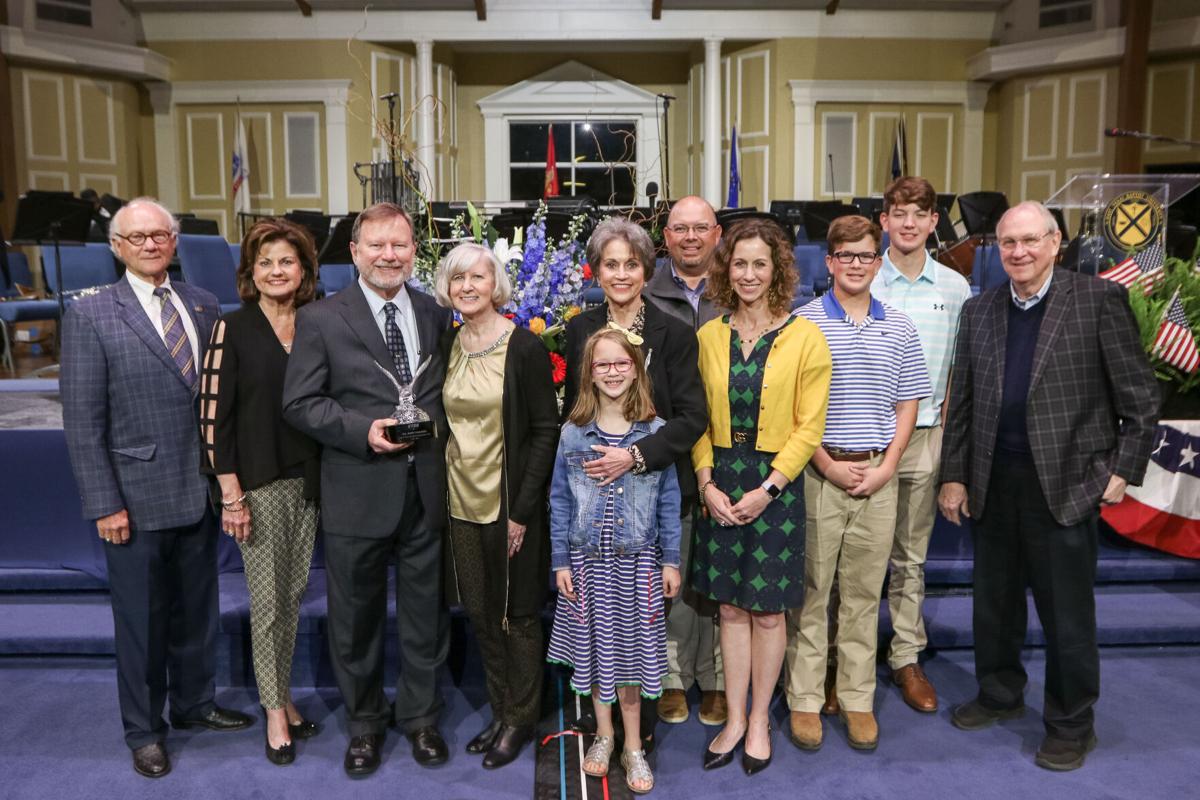 A group gathers during ETBU’s annual celebration of Sam B. Hall last Friday.

A group gathers during ETBU’s annual celebration of Sam B. Hall last Friday.

East Texas Baptist University hosted the Sam B. Hall Patriotic Concert, an annual tribute to The Honorable Sam B. Hall, Jr., on April 23 in Baker Chapel of the Rogers Spiritual Life Center.

The concert featured patriotic live music performed by the University Symphonic Band, Combined Choirs, and Hilltop Singers, as well as a salute to those who serve or have served in the U.S. military. U.S. Representative from Texas’s 1st Congressional District, the same post that Judge Hall held from 1976-1985, Louie Gohmert was in attendance and offered the opening prayer.

“Our dear Father in heaven, we come humbly before with you with a lot to be humble about,” Gohmert said. “We thank you for the example of a man who knew you as God and Jesus as Lord, Sam B. Hall. We thank you for what he did for this country and all he did for those of us in East Texas.”

Born in Marshall, Sam B. Hall was a World War II army veteran and was proudly stationed at Sheppard Air Force Base, a historic army airfield, in Wichita Falls. A lawyer, civic servant, member and deacon of a Church of Christ congregation, a graduate of the College of Marshall (now ETBU), and Baylor University Law School, Hall was a conservative Democrat, a champion of members of the U. S. military and veterans, and an enthusiastic patriot.

“How blessed we are to gather together under one roof, under one true God,” ETBU President J. Blair Blackburn said. “Tonight we honor, we commemorate, we pay tribute to a courageous man of impeccable Christian character, Godly leadership, and strong conviction. A man who set a standard for fulfilling his calling as a God-honoring civic servant, Texas Eastern District federal judge, US Congressman for the Texas 1st Congressional District, Sam B. Hall, Jr.”

The Hall professorship and annual celebration were established at East Texas Baptist University in 1993 by Hall’s family, friends, colleagues in the bar, the U.S. Congress, and the federal judiciary. Judge Hall delivered the keynote speech at the first annual lecture series, and since then, a number of prominent speakers have furthered the Hall legacy, including Dr. Jerry Summers, who wrote Judge Hall’s biography, Sam B. Hall, Jr.: Whatever is Right published in 2005. Dr. Summers was named the inaugural Sam B. Hall, Jr. Endowed Professor of History.

“Dr. Summers worked tirelessly to interview hundreds of people that impacted the life of our father,” Daughter of Judge Sam B. Hall Becky Palmer said. “And he pinned them to perfection. East Texas Baptist University is going to miss him as he retires, but so are we. Thank you for taking on the role of author Dr. Summers, you did a splendid, masterful job.”

Hall’s family was in attendance and his daughters shared memories of their beloved father and reflected on his life.

“For East Texas Baptist University to honor our dad in this manner is more than we could ever have anticipated, and it is something that he would be more than proud about,” Daughter of Judge Sam B. Hall Amanda Wynn said. “This was a place that he loved and adored above and beyond any other place. So for you to honor him like you do, is not only an honor to him, but it is an honor to us, and it does not go unnoticed.”

The American-themed celebration featured choral and band performances of songs like “My Country ‘Tis of Thee,” “America the Beautiful,” and “God Bless America,” partnered with patriotic narration and a special salute to the armed forces. Dr. Jerry L. Summers, the Sam B. Hall Endowed Professor of History, also offered up a prayer for our nation. Following the prayer, a special presentation was made to commemorate Dr. Summers’s retirement and service as ETBU’s Dean of the School of Humanities and the Hall Professor of History. Dr. Sandy Hoover, his successor for both positions, alongside Mrs. Palmer, honored Dr. Summers with an award and kind remarks.

“It has been one of the highest privileges of my life to serve at ETBU as the Sam B. Hall Professor, and I’ve learned so much,” Dr. Summers said. “I felt ennobled getting to know Sam B. Hall, Jr., and his family, and I still feel that way. I am grateful.”