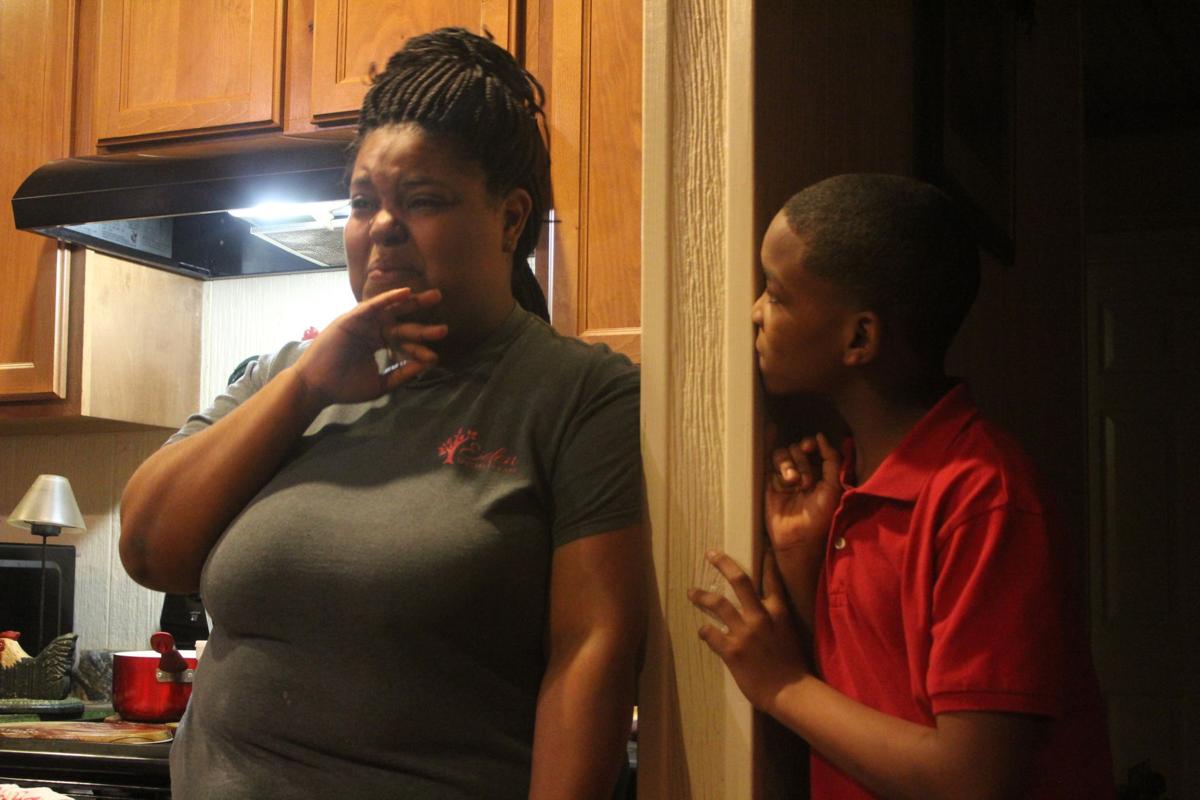 Kiara Jefferson gets emotional as she talks about the Dec. 5 officer-involved shooting death of her brother, Demetrius Williams, in Marshall. 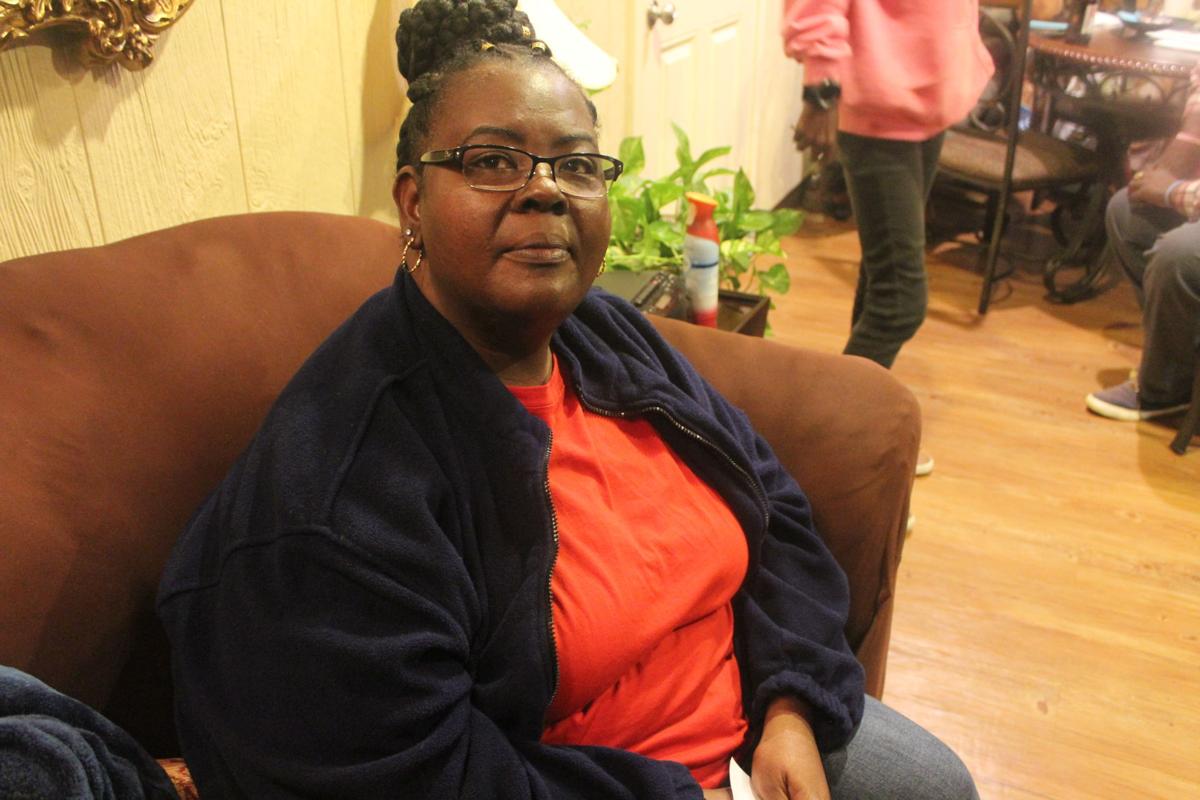 Carolyn Jefferson, mother of 31-year-old Demetrius Williams, who died during an officer-involved shooting this past Thursday, said she wants answers and justice for her son. 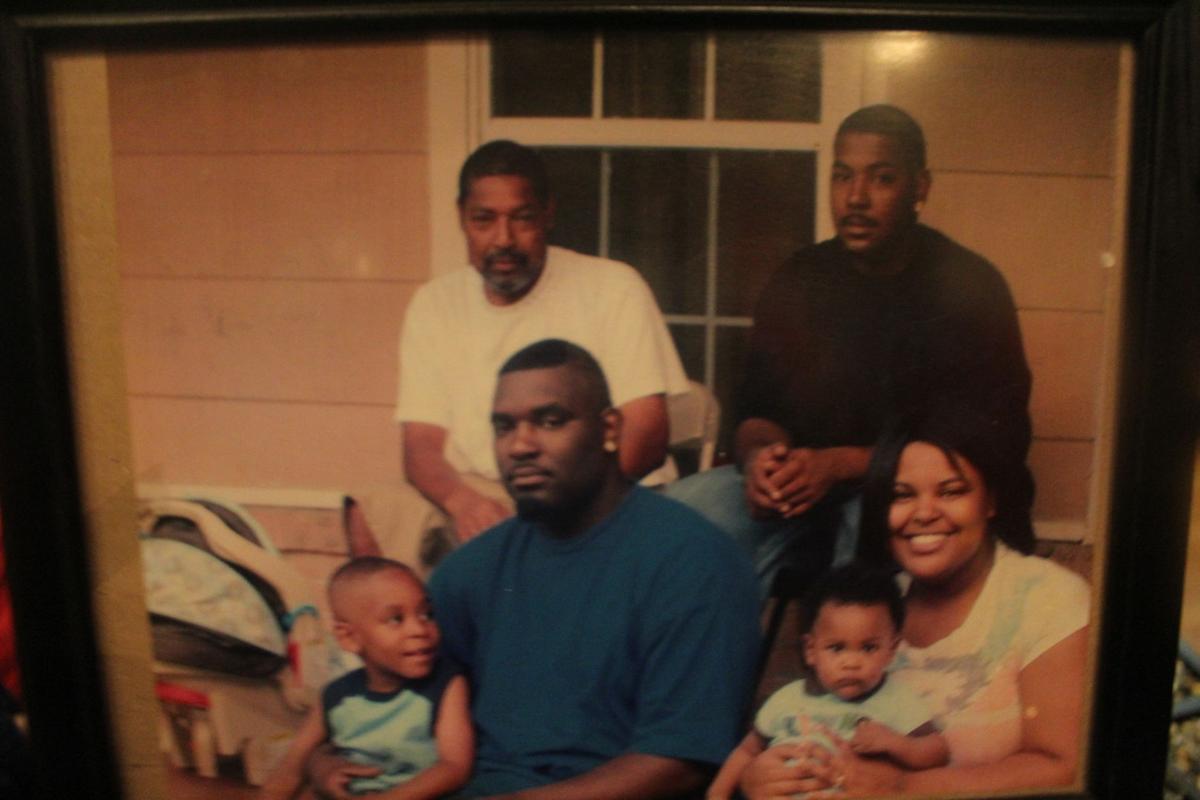 Kiara Jefferson gets emotional as she talks about the Dec. 5 officer-involved shooting death of her brother, Demetrius Williams, in Marshall.

Carolyn Jefferson, mother of 31-year-old Demetrius Williams, who died during an officer-involved shooting this past Thursday, said she wants answers and justice for her son.

The family of a man fatally shot by Harrison County sheriff’s deputies during the service of a narcotics warrant Thursday wants justice for their loved one, 31-year-old Demetrius Williams, whom they described as a beloved son, brother and father of five.

“My son needs justice,” said Williams’ mother, Carolyn Jefferson. “He didn’t deserve to die the way that he died and they need to give me some answers."

According to officials at the Harrison County Sheriff’s Office, deputies went to Williams’ home at 604 S. Allen St., at 11:09 a.m. Thursday, to execute a narcotics search warrant to search the home.

Lt. Jay Webb with the sheriff’s office said Williams was the subject of their investigation. Officials said things went awry when Williams allegedly attempted to flee the scene and hit a deputy in the process.

Williams’ mother, Jefferson, said the only time she heard anything about her son reportedly trying to run over a deputy was from the media. She said an officer, at the hospital, only told her one thing — “He tried to run.”

“It was only one of them that came to me. He said: ‘He tried to run,’” the mother recalled.

The mother said she can’t comprehend what transpired.

“I just want answers. Why y’all had to do that?” she asked. “Why y’all just didn’t shoot the tires and let him just swerve in the street. Why y’all have to shoot to kill my baby.”

Jefferson is most disturbed by the manner he was shot as told to her by witnesses.

“They (allegedly) shot at him 32 times, and what people are telling me is they hit him 17,” she said.

“I need answers,” she demanded. “Why not the back wheels if he was driving away from you; why you shoot all the window out, and no back wheels, knowing that they go hit him in the head?”

“How can a warrant go to him being murdered, because that’s what he was, he was not shot, he was murdered by the police,” Kiara believes. “And that’s what we’re trying to fight right now. He was murdered.”

The sister believes her brother accelerated by impulse only “after” he was shot.

“From what people said that saw it, they already set off 10 rounds in my brother,” said Kiara.

“He sped off because he was shot,” she said. “He sped up after he got shot. That’s how he ended up over the hill into the old stairwells.”

“Even after the car stopped, the girl told me they shot seven times the back window, because the back window was never busted from the beginning,” said Kiara.

Reflecting on heightened issues of race disparities in fatal officer-involved shootings across the nation and other high profile cases, Kiara said she’s afraid that the shooting won’t be thoroughly investigated.

“We’re trying to find a route, because I don’t know. Where do we go from here?” she said. “I see the TV. I see issues about Trayvon Martin; I see issues and all about the black man, but I never would’ve thought that it’d happen in little ol’ Marshall, Texas."

“What is the route to get the justice that my brother deserves?” she asked.

Carolyn Jefferson said she wants justice, especially for her grandchildren. His oldest daughter had just turned 8 the day he died.

She said her son was looking forward to celebrating his daughter’s birthday at Chuck E. Cheese that evening.

Williams’ cousin, Delyndria Carlisle, said she too wants to know why other tactics weren’t used.

“Even if he tried to evade arrest, y’all are trained to subdue people with certain protocol,” she said. “It does not take that many rounds to subdue somebody.”

The family said, according to witnesses, Williams had just turned on the street, heading to his house.

“He just passed his house. So how did you evade arrest and you only made it right past your house before they shot you?” Carlisle said.

“He wasn’t even 20 ft. so how is that evading arrest?” his sister asked. “If I’m going to evade arrest, I’m going to at least fly down the street.”

Kiara said she doesn’t want her brother’s name to be tarnished in vain.

“Yes, he has had a rough past, but can’t nobody judge you from your past, but God,” she said of her brother’s criminal record.

“Justice will be served and we’re going to make sure that justice will be served so it won’t happen to nobody else, because a warrant should never end in death,” she said. “Marshall, Texas will be known more than for the Great Debaters when we finish with this and that’s how far it’s going to go and I don’t care if it takes 10, 15 or 20 years, my brother will get justice.”

Kiara said her brother always protected his siblings, acting as a father figure, looking out for their best interest.

“That was my brother, she cried. “My brother protected me, my brother took care of me. I’ll always love my brother. Yes, he might have did the route that he did; yes, you will read about what he has done, but he made sure that his little sister, his little brother did not go down that way. (Now) my brother is gone,” she said. “Were going to fight for his name. His name is not going to be tarnished in vain.”

“I feel empty, lost. I feel that that was unnecessary,” she said.

“I want justice for Justice,” she said of her daughter, who has been asking what happened to her dad.

Stephenson said she’s not only mad at the police, but the hospital, too, because it seems as if nobody tried to save him. According to her, she was allowed in the hospital room, to visit him, while his heart was still pumping as he held on to dear life.

The only solace she has is being able to kiss him goodbye before he passed away.

“He was still warm,” Stephenson said.

Still, it all seems surreal, she said. Stephenson said she had just gotten off the phone with her boyfriend, at 11:01 a.m., before the shooting incident.

“Demetrius had just left his mother's house,” she said. “No more kisses; no more date nights.”

Stephenson said Williams was a family man that had dreams of providing a better life. He was working on completing his welding degree at Texas State Technical College in Marshall and planning to view a new home for them on Friday.

Stephenson said she just wants to know why her loved one is dead.

“They probably just thought he was this person with no family — nobody — and just didn’t know he had so much love that he left behind,” she said. “They took so much from us yesterday and I don’t even know if I’m going to be able to cope with it.”

“We need some type of answers,” she said.

Stephenson said what frightens her the most is that she or her children could’ve been in the van with him, at the time.

“My kids, he took them to daycare and picked them up every day, so what if they were in there?” she said. “Did y’all even check to see if somebody else was in that van?”

As a Lee P. Brown Criminal Justice major from Wiley College, Stephenson said she always believed in justice for all, but is skeptical in this case.

“We’ve gotten no calls (from law enforcement). And Texas Rangers… how often do they find the fault in Harrison County?” she said. “They’re all in there together and those blue badges are going to stick together.”

Texas Department of Public Safety Texas Rangers responded to a request by Sheriff Tom McCool to conduct the investigation since it involved his agency. HCSO Chief Deputy Brandon Fletcher said deputies involved in Thursday’s shooting incident have been placed on administrative leave, per policy.