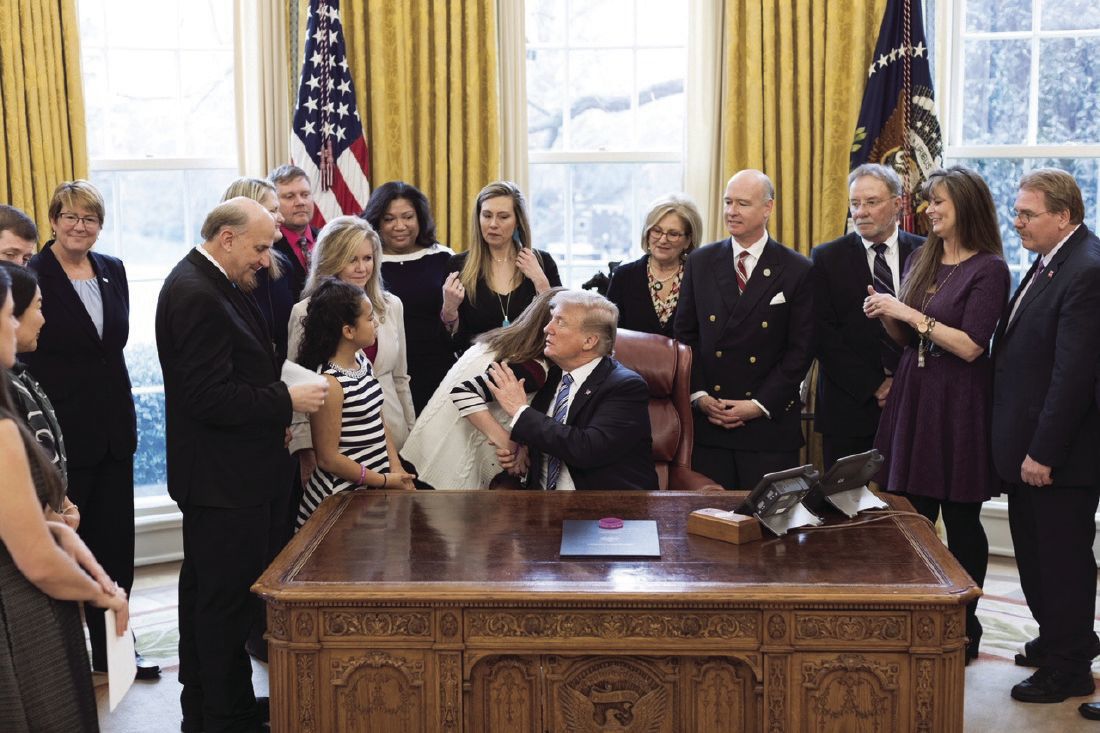 The daughter of Kari Hart Dunn hugs President Donald Trump as he makes “Kari’s Law” official on Feb. 17, 2018. The law recently into effect on Feb. 17, 2020, requiring businesses to enable direct-dial access to 911. 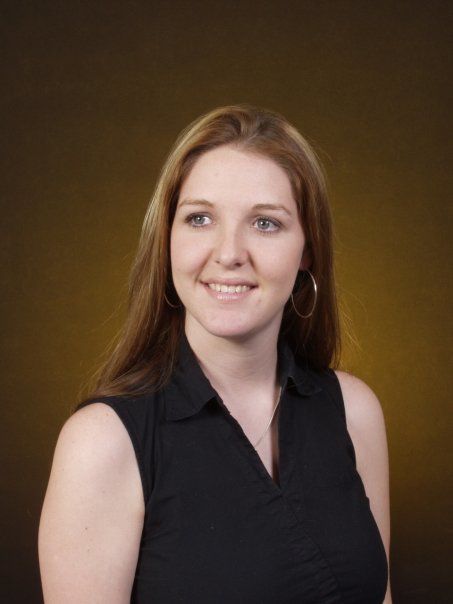 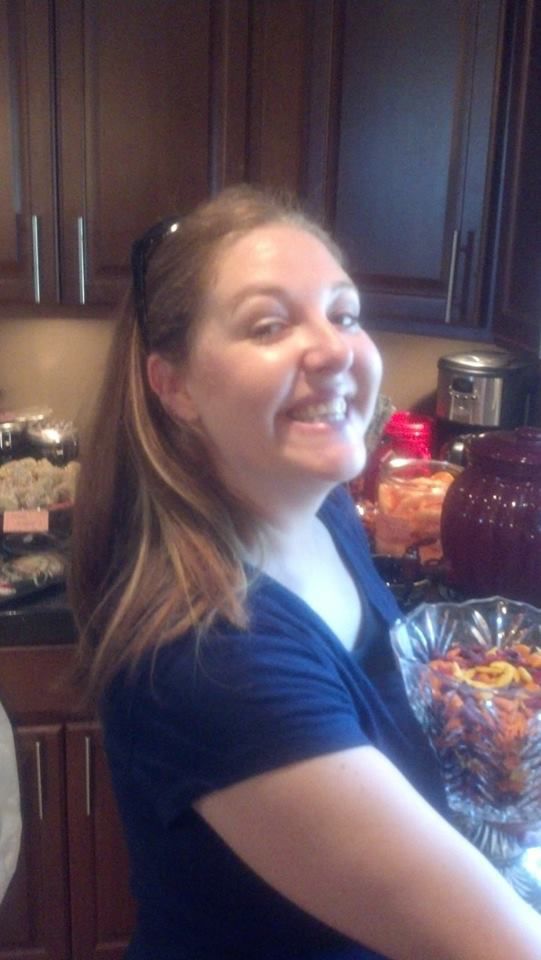 The daughter of Kari Hart Dunn hugs President Donald Trump as he makes “Kari’s Law” official on Feb. 17, 2018. The law recently into effect on Feb. 17, 2020, requiring businesses to enable direct-dial access to 911.

Kari’s Law is now “the law of the land,” having gone into effect recently, two years after President Donald Trump penned his signature, requiring businesses to enable direct-dial access to 911.

“Kari’s Law requires new multi-line telephone systems to enable users to dial 911 directly, without having to dial a prefix to reach an outside line. Monday, Feb. 17, the rules went into effect,” the Federal Communications Commission tweeted.

Because of the law, “it will be easier for Americans in hotels, office buildings, and campuses to dial 911 and get help from first responders during emergencies and it wills save lives,” the FCC said.

The federal law is named in memory of 31-year-old Kari Hunt Dunn, who was fatally stabbed in December 2013 by her estranged husband in a hotel room in Marshall. The couple’s oldest daughter, then age 9, attempted to dial 9-1-1 four times during the struggle, but was unsuccessful because she didn’t realize she had to first dial an access number or an extra “9” in order to reach an outside line.

As a result, Kari’s father, Hank Hunt, launched an online petition addressed to Congressman Louie Gohmert and members of the U.S. Congress, pushing for the proposed “Kari’s Law” to ensure any person needing emergency assistance at any business in the nation can easily dial 911 and connect automatically to a dispatcher without obstacles or delays.

“Thanks to Hank’s courage, Kari’s Law was enacted to change this,” the FCC said.

The journey to get it enacted has been an arduous one, but all worth it, Hunt said.“It’s been six-and-a-half years since Kari died and the pain and emptiness is still overwhelming sometimes,” Hunt told the News Messenger in an e-mailed statement, regarding the law going into effect.

“I travel a lot now, telling the story and bringing awareness to the downfalls in communication that occurred that day,” the father said.

“Each day that goes by, I think of Kari,” he said. “I miss her. I most certainly love her and I will continue to try and ensure that what happened to her never happens again.”

Hunt said he thanks all who have supported his efforts, along the way.

“They aren’t in it for recognition; they just want the spirit of the law to succeed, as do I,” he said.

“Kari’s Law has been life consuming but worth it, I believe,” said Hunt.

On his Twitter page, Ajit Pai, chairman of the FCC, shared how touched he’s been by Hunt’s actions.

“Hank is a hero to me,” Pai tweeted. “It’s been such an honor to work with him on Kari’s Law and enable direct access to 911. To come all the way from our first phone call in 2013, to the implementation of a law named for his daughter, is a testament to his dedication.”

Mark Fletcher, who has advocated alongside Hunt for Kari’s Law, echoed Pai’s sentiments, describing Hunt as a “super hero.”

“He took a tragedy and turned it into a federal law,” said Fletcher.

Fletcher, a public safety architect at Avaya who immediately offered his support to Hunt’s campaign after hearing of his efforts, said the implementation of the legislation has been a very personal one.

“The law holds her name high in honor of her sacrifice,” he said.

In 2018, on what would’ve been Kari’s 36th birthday, the U.S. House of Representatives passed the final version of the legislation. It was signed into law by President Trump on the 50th anniversary of the first 911 call.

“Avaya has remained at the forefront of compliance education and awareness,” Fletcher stated to the News Messenger. “The disturbing side of this is that while most businesses are taking this seriously, and becoming compliant, there still remains some that want to do as little as possible.”

He encourages all to be in compliance or face consequences attached to the law.

“Those that continue to ignore this federal mandate will have to answer, not only to their conscience, but to a federal inquiry and forfeiture order,” said Fletcher. “That monetary reprimand will be in addition to any personal liability adjudications issued.”

Fletcher said fixing the problem isn’t complex and applying a remedy doesn’t have to be costly.

“This has been proven repeatedly over the last seven years,” he said.

He’s glad that the mission for direct 911 access has now become reality.

“What is now in our corner is active federal legislation,” said Fletcher. “We can honestly now tell administrators, if you don’t correct the issue, you’re violating federal law. We also know that statement is backed up by Chairman Ajit Pai of the Federal Communications Commission, who has never let his foot off the gas since the January 10th meeting in his office in 2014, just 960 hours after the tragedy.”

The Carlile Law Firm, who represented Kari’s family in a wrongful death suit against the owner of the hotel where the tragedy happened, made a plea on the firm’s Facebook page to spread the word about the now federal life-saving measure.

“When you are in a hotel, campus or office building, make sure they are in compliance,” the law firm wrote. “If not, educate them about the law! No one should ever need to dial an extra number (usually “9”) to call 9-1-1 again!