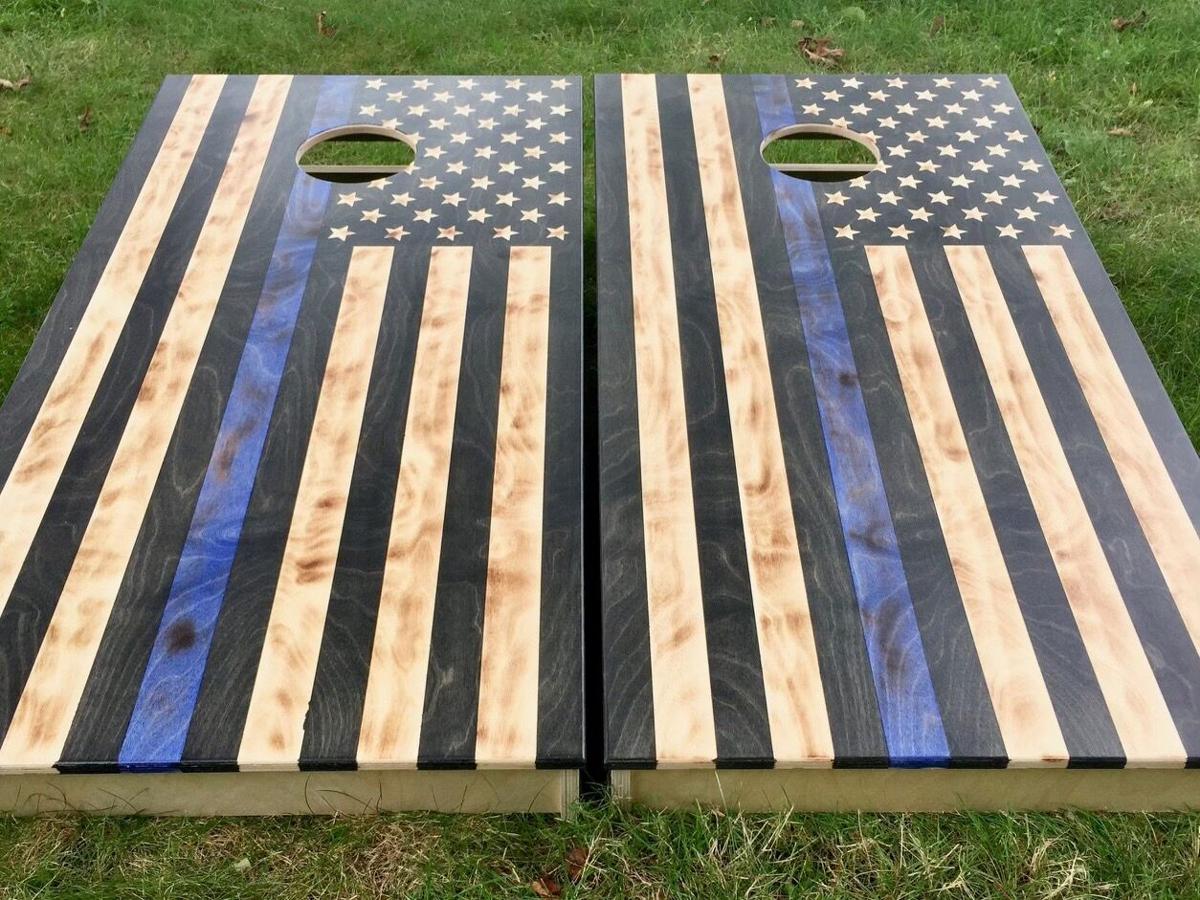 Cornhole boards from the upcoming tournament to benefit the fundraiser on Dec. 12. 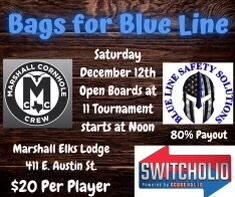 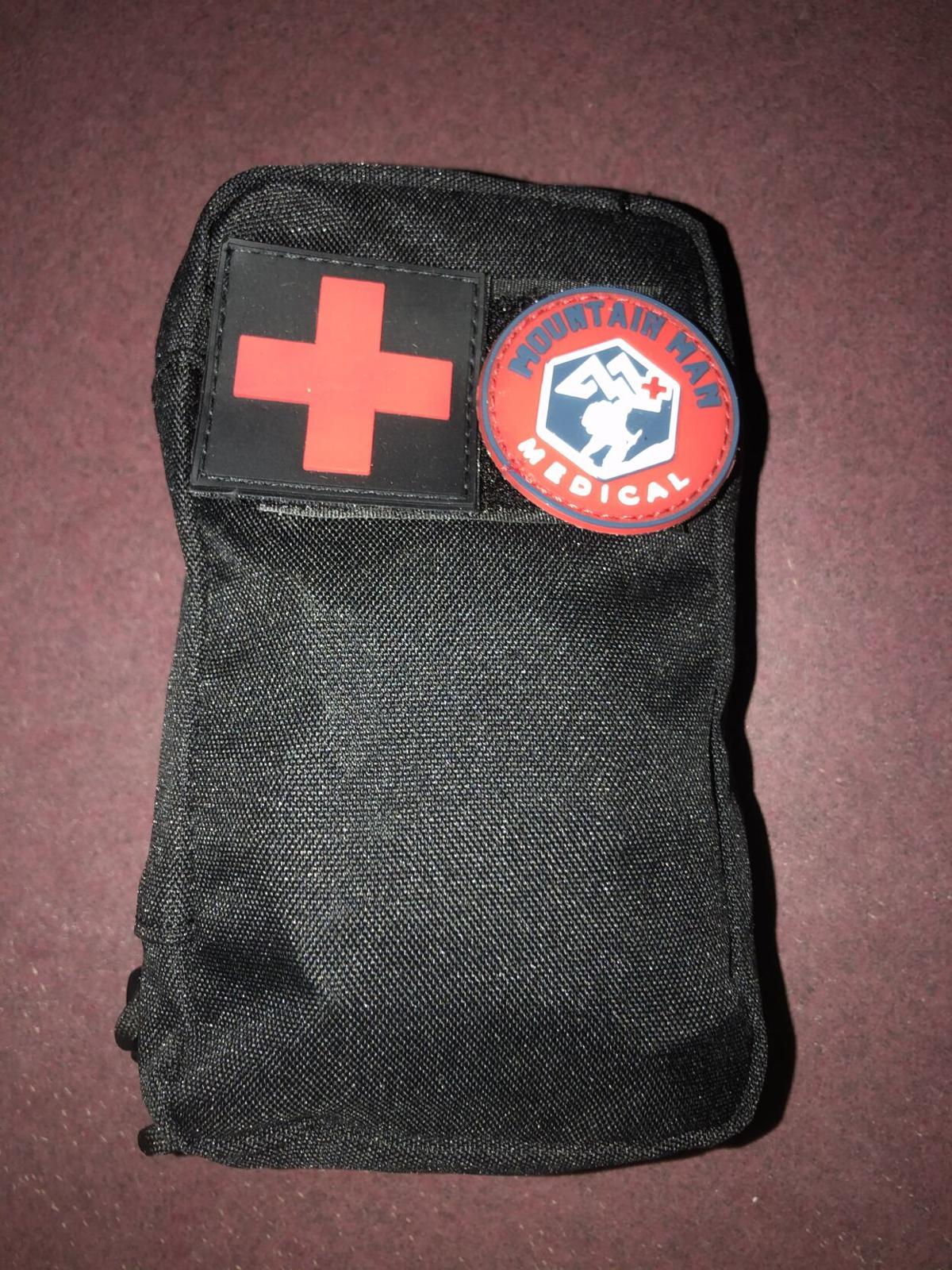 One of the Mountain Man Medical trauma kits purchased through the fundraiser. 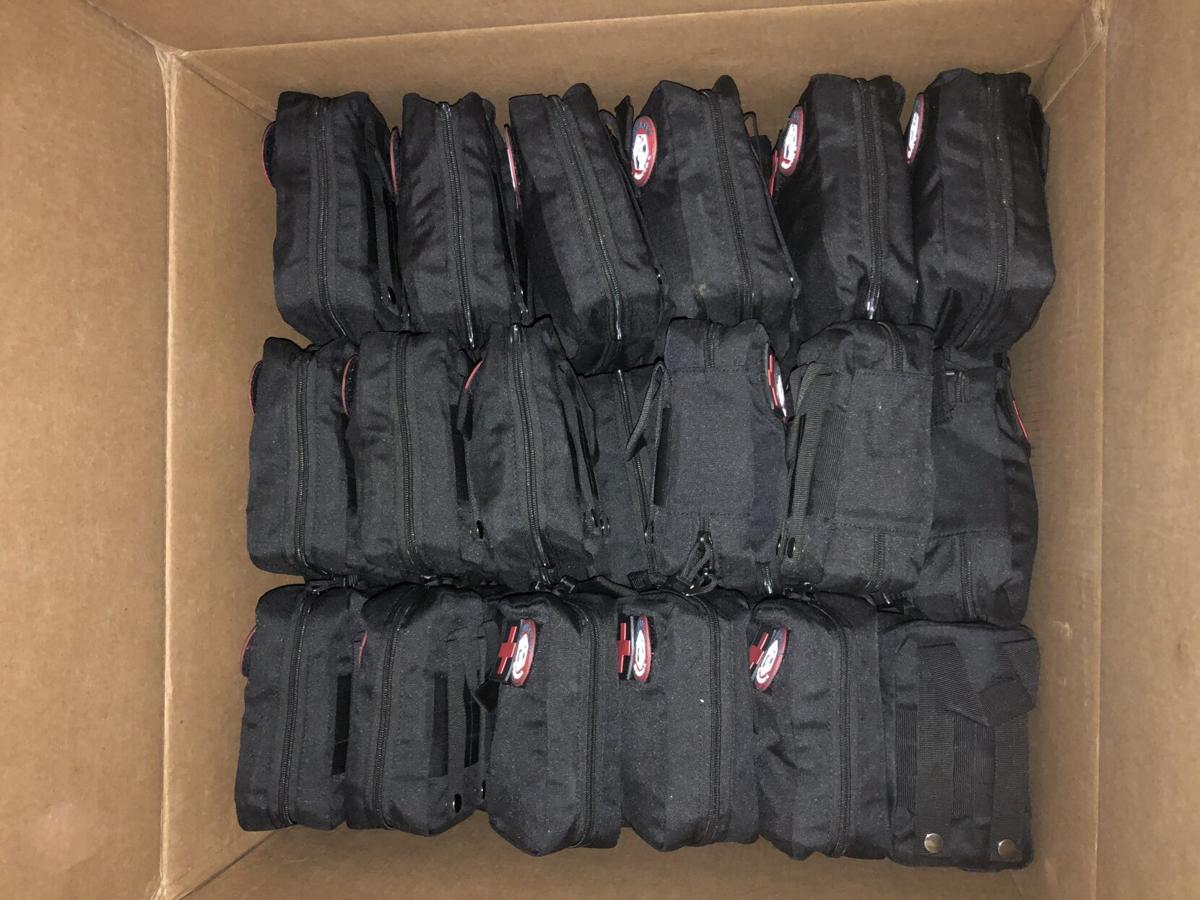 A large box of the medical supplies purchased from Mountain Man Medical to go to local police departments.

Cornhole boards from the upcoming tournament to benefit the fundraiser on Dec. 12.

One of the Mountain Man Medical trauma kits purchased through the fundraiser.

A large box of the medical supplies purchased from Mountain Man Medical to go to local police departments.

Former Police Officer Doug Smith, and owner of Blue Line Consulting and Safety Services has successfully raised about $11 thousand for the purchase of CAT tourniquets and trauma kits for local police departments.

Smith said that after the initial fundraiser was removed from Facebook without an explanation, losing the project $2,000 in donated funds, the community responded.

“The article (written by the Marshall News Messenger) really helped, a lot of people read it and started donating what they could,” Smith said. “In fact, we had Mountain Man Medical approach us and they were able to sell us the kits for a very reasonable price.”

Mountain Man Medical contacted Smith after reading about the fundraiser in the Marshall News Messenger, and the medical supply story provided the supplies needed to get the most out of the money that was donated.

Smith said that to date, the fundraiser has exceeded that goal, spending over $9,000 to purchase 54 CAT tourniquets, 105 tourniquet holders and 94 trauma kits for 14 local agencies.

He said that donations are going to every single police agency in Harrison, Marion and Panola counties, with the exception of the Carthage Police Department, who do not need anything to be donated to them.

“Every little bit helps, and we are not done yet, we may have exceeded our goal but our last event is our big final push to raise money for this cause,” Smith said.

The fundraiser will host one final event at Marshall Elks Lodge on Saturday, Dec. 12 from 11 a.m. to 5 p.m. The fundraiser is a cornhole tournament that is open to the public. The tournament will be $20 per player to join and $5 to enter the event, which includes tickets for a raffle.

Smith said that community members who may not be able to attend the event can still purchase a $5 raffle ticket and tell volunteers which items they want to bid on, since you do not need to be present to win the raffle.

“We will be doing this as long as we don’t get shut down again,” Smith said. “This is really important because the waiting period for grant money for these kinds of items is a long time, and in the mean time many of our departments just have to go without them.”

For more information on the ongoing fundraiser or to donate contact Smith through the Blue Line Safety Solution Facebook page at www.facebook.com/bluelinesafetysolutions.