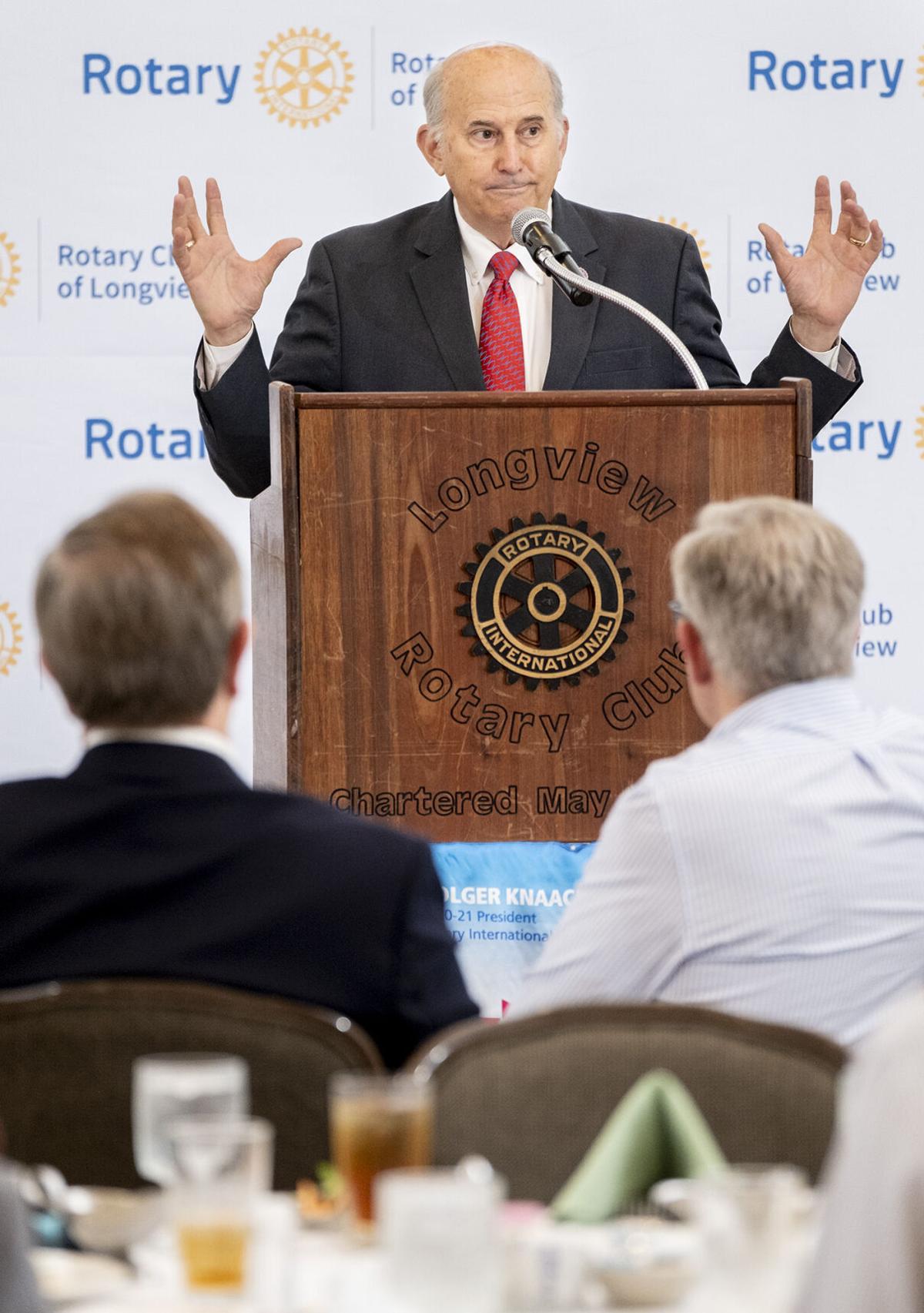 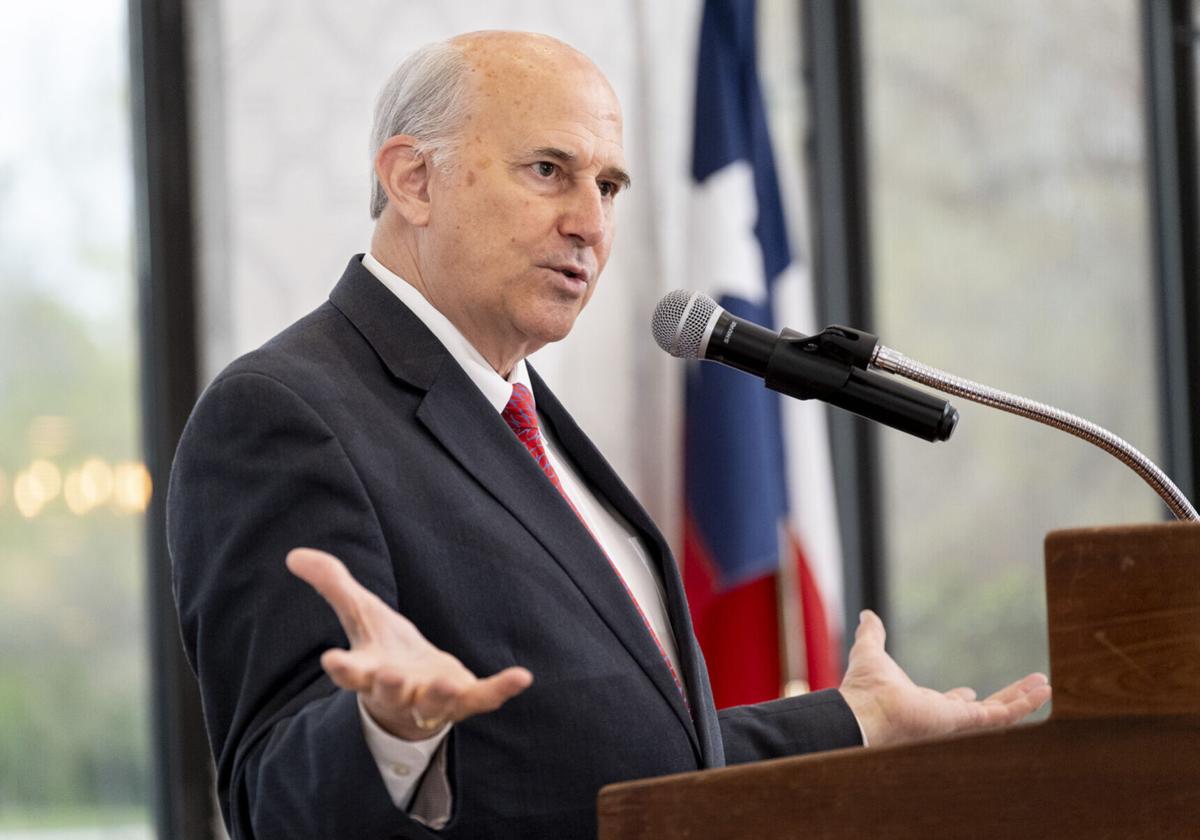 U.S. Rep. Louie Gohmert says he believes reining in the national debt as well as improving infrastructure shouldn’t be partisan or even political issues.

“It’s great to be back here and, actually, it’s good to be anywhere,” he said, referencing being able to attend events in-person.

Gohmert said he would avoid getting “too political” during his presentation, telling attendees that “our debt” must be addressed.

“We haven’t done a whole lot with the debt,” he said, adding that he wants more investment in the country rather than “bailouts.”

“That opened the door to this out-of-control spending, and it has consequences,” Gohmert said.

He also criticized the approval of bailouts by leadership before the Trump Administration.

“(Former President Donald Trump) did a marvelous job with the U.S. economy,” Gohmert said, adding that Trump did not, however, do much to address the national debt.

Gohmert believes infrastructure also should be a bipartisan issue.

“We do need a lot of help with infrastructure,” he said after his speech. “I was hoping that would be a bill that would be bipartisan.”

President Joe Biden’s American Jobs Plan, with a price tag of about $2 trillion, is focused on job creation as well as more traditional infrastructure spending.

“During the Trump administration, I thought, well, that’s certainly something both sides of the aisle agree we need, but the feeling of Speaker (Nancy) Pelosi was that she didn’t want Trump getting credit for a big infrastructure package that would help America,” Gohmert said. “I felt like that’s something that could be bipartisan back then, and I still think so, but what we’re seeing is anything that has infrastructure has so much other stuff.”

Biden’s plan also would include investments in other areas, such as childcare provision in the workplace and more.

He referenced Biden’s plan to increase taxes for corporations in order to offset spending from the bill over 15 years.

“It’s bad enough we’re giving future generations all this debt — we at least can give them good infrastructure,” Gohmert said. “I don’t want to be part of the generation that does that to them.”

He also talked about taking a trip to the border and the issue of children being detained.

Gohmert said he believes something much be done to address the issue, adding it was more under control under the Trump Administration.

The eight-term Congressman also discussed being attacked and the importance of defending himself from criticism.

“In politics, when somebody keeps attacking your honor, and you continue to choose not to defend it, eventually people will think you have no honor,” Gohmert said.

He said he believes the biggest mistakes of former presidents George H.W. Bush and George W. Bush include a mentality that they would not go out of their way to defend themselves from criticism, calling the latter “one of the most likable guys in the world.”

“Former President (George H.W.) Bush had a policy that he was not going to respond to outrageous attacks, and he was, in his words, not going to dignify crazy allegations with a response,” Gohmert said, adding, “I think it’s important for history’s sake to defend yourself when you’re in the right.”

With the recent death of his father, Gohmert said he had been in a time of reflection. He said God has been faithful to his family and that he is proud to serve East Texas.

“I’m just thrilled to get out and go to stuff again,” he said.