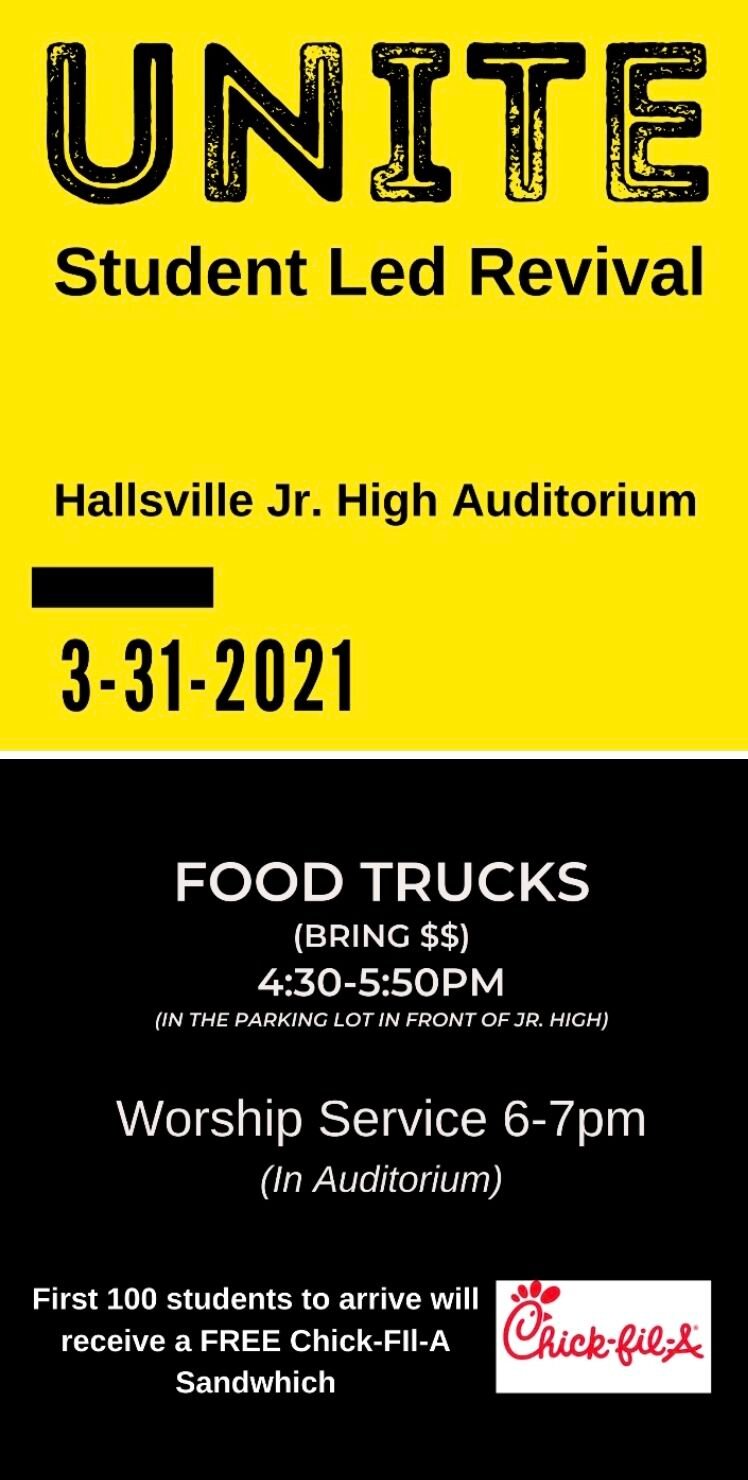 HALLSVILLE — Hallsville ISD student Taylor Morrison is on a mission.

“The Lord placed it on my spirit a long time ago to do this,” Morrison said Monday. “The Lord first put it on my spirit to do this about three years ago but I kept putting it off. My pastor was preaching a few months ago about how we block our own dreams because we are not obedient to God.”

Calling the monthly meetings, “United, Student Led Revival,” Morrison has worked with area churches and youth pastors, some who will be on site for support Wednesday, but he wanted the services to remain student led.

“United means everybody comes together because in the end, God is not calling different denominations to Him, He will be calling His people that are saved,” Morrison said.

Morrison has organized food trucks to be on site in the junior high school parking lot, beginning at 4:50 p.m. on Wednesday.

“Come on out, try out the food trucks that we will have on site and the first 100 students that show up will receive a free chicken sandwich from Chick-fil-A,” he said.

The service will begin at 6 p.m. Wednesday inside the junior high auditorium and students will take turns sharing their testimonies.