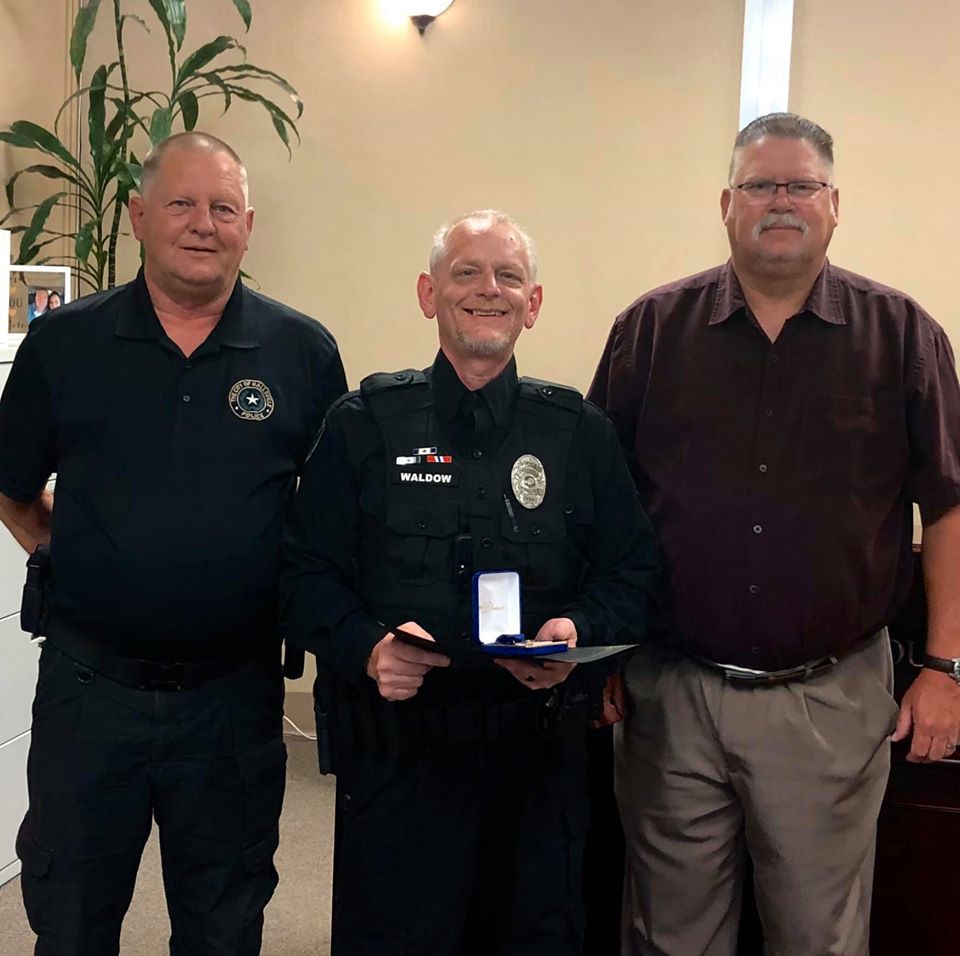 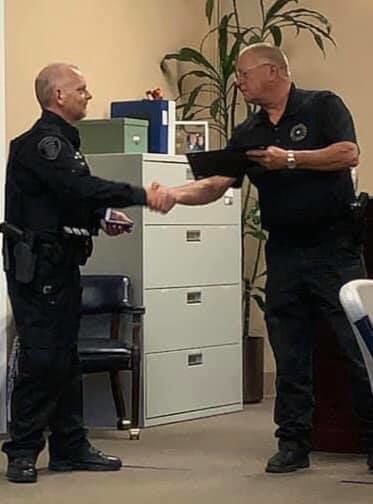 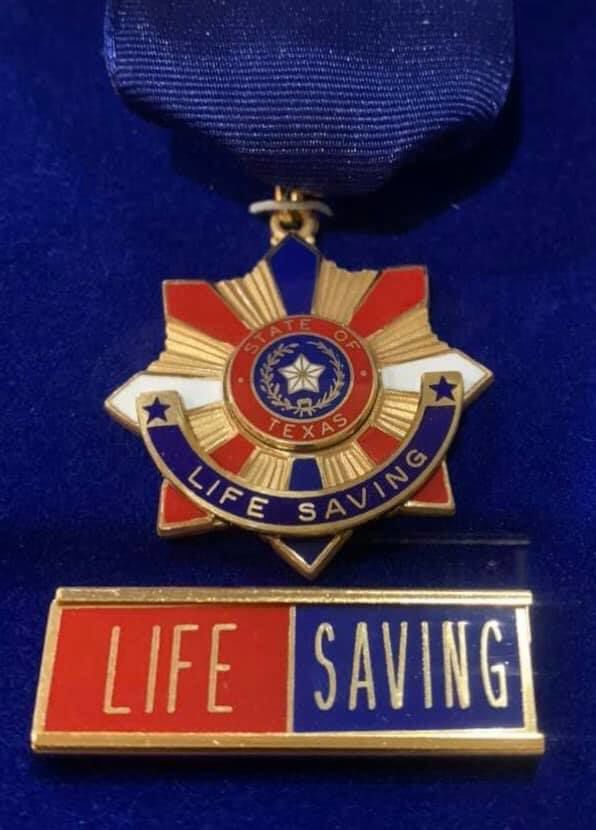 HALLSVILLE — A Hallsville police officer was recently honored for his heroic actions that saved the lives of at least two civilians.

The two life-saving scenarios were recounted on Tuesday to honor Waldow for his actions.

While responding to a major vehicle accident on Interstate 20 in August of 2018, Officer Waldow came upon a scene where an adult had been ejected from a vehicle, and two children were still trapped inside. With the assistance of a passerby, Waldow was able to free the children from the vehicle and move the adult to a safer distance as the vehicle caught fire and became engulfed in flames.

During a separate incident in January, Waldow responded to another major wreck on Interstate 20 where a person suffered multiple broken bones and a punctured a lung. The person had stopped breathing, prompting Waldow to perform lifesaving CPR (Cardiopulmonary resuscitation).

“Officer Waldow’s quick response and decisive, heroic actions are directly responsible for saving lives in both incidents,” Freeman said. “We are truly grateful for your selfless service to your community.”