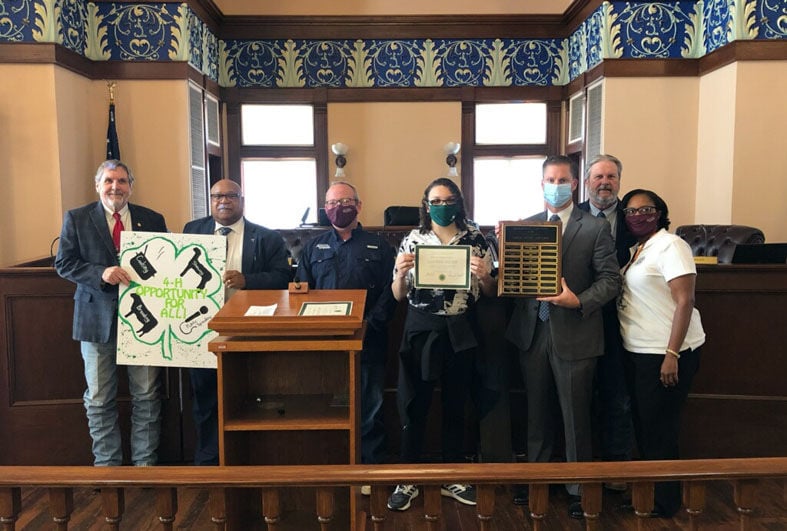 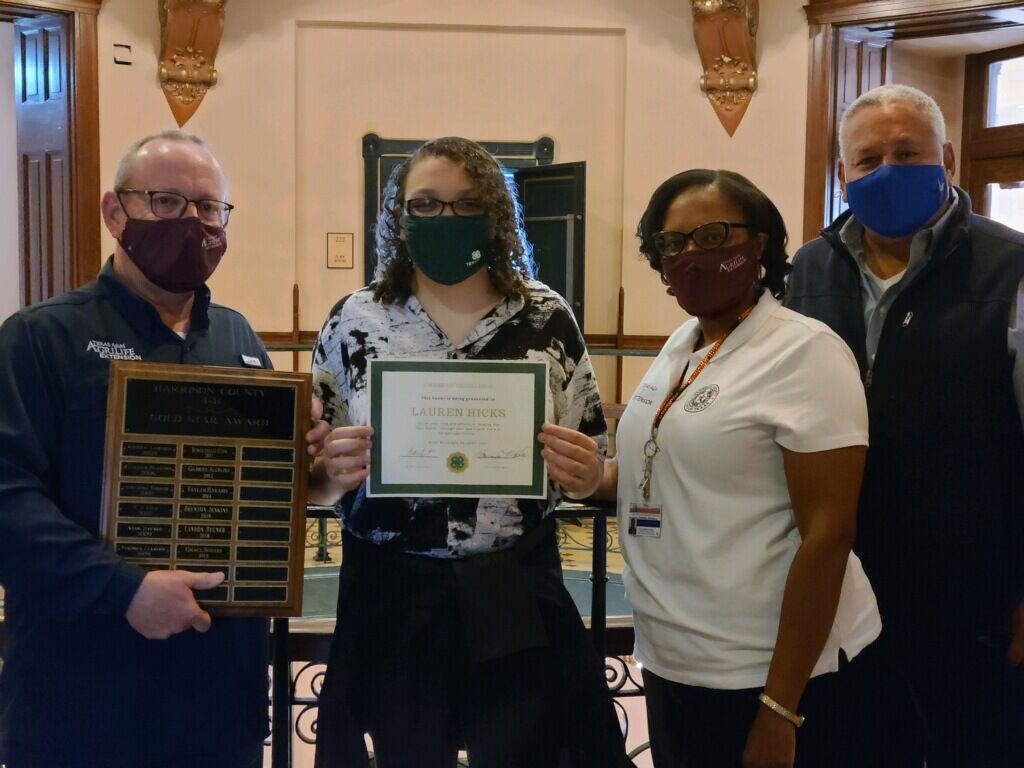 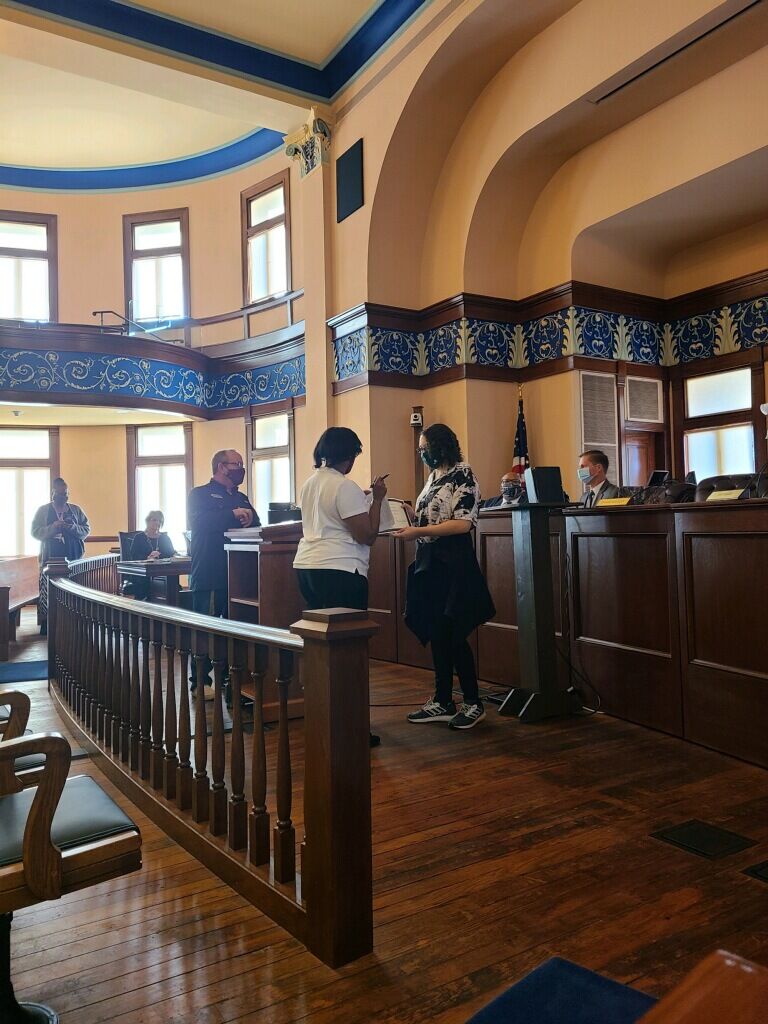 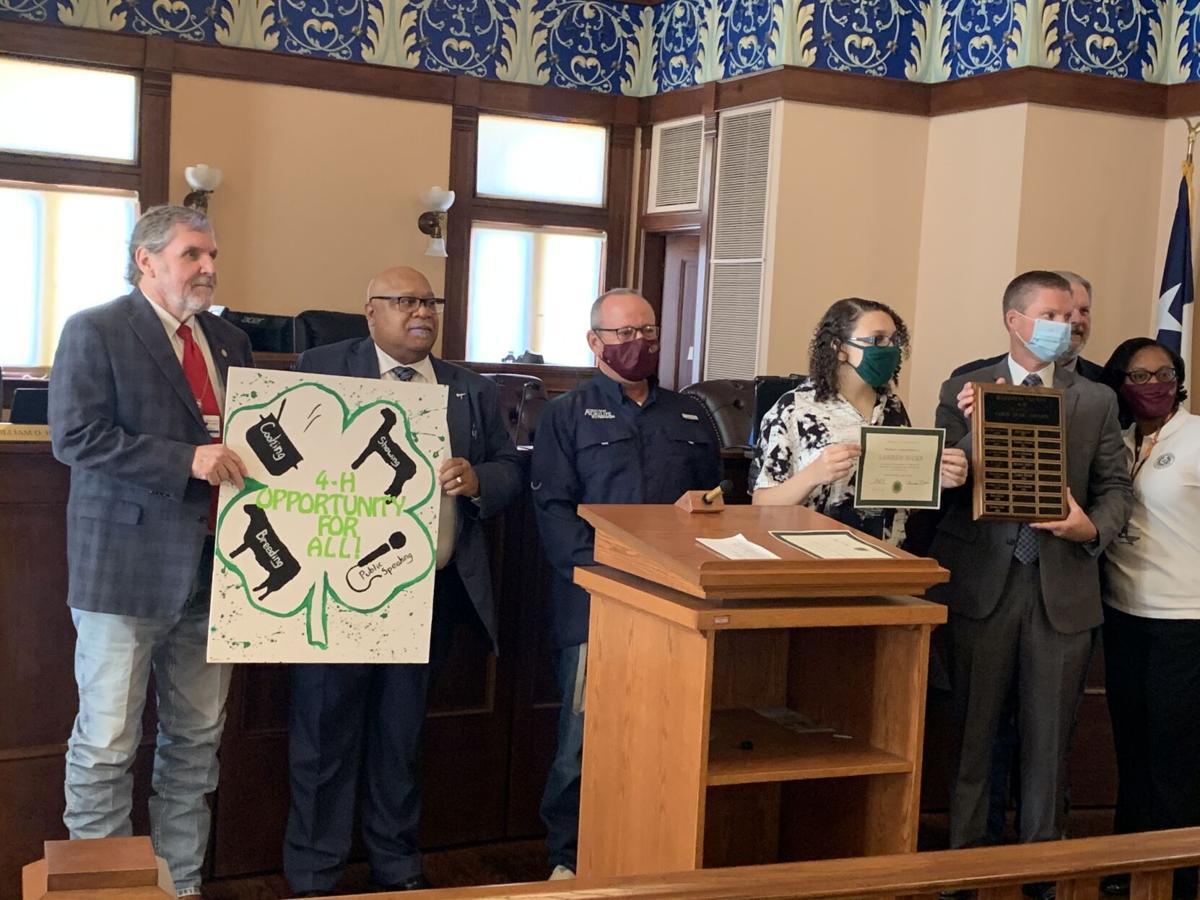 “We had two individuals from Harrison County that were recognized at the District 5 4H banquet, in Nacogdoches, for winning the Gold Star Award,” said County Extension Agent Matt Garrett.

Garrett noted that the Gold Star award is the highest award given by Texas 4H. He shared how proud he was of the students’ work. Additionally, he exhibited an award-winning poster that explained the significance of 4H and the opportunities it provides for all.

“Not only is it about animals, there’s other aspects of 4H, too — life skills and soft skills that are sometimes over looked,” said Garrett.

Sharing information on the first Gold Star recipient, Brinley Gott, Garrett noted that the five-year 4-H member is currently attending Schreiner University where she will major in psychology and minor in animal science with a focus on horses. She plans to work with brain injury and autistic patients. Additional plans include pursuing her master’s in neuropsychology where she will use shooting sports as therapy for veterans with PTSD and other mental issues, Garrett said.

Gott, daughter of David and Susie Gott, credits shooting sports and horses for influencing her self confidence. Her honors include finishing in the top three of all district shoots she attended. Gott was also nominated to try out for the 2018 Texas Shooting Teams. In addition to shooting sports, Gott was active with the 4H Angel Tree efforts, canned food drives and Sock Drive for the Homeless.

“She’s attending Schreiner and she’s shooting on their shotgun team there at school, which was made possible through her participation in 4H,” said Garrett.

Giving details on the second winner, Lauren Hicks, County Extension Agent Louraiseal McDonald noted that Hicks was a six-year 4H member. McDonald said it’s been an honor to have Hicks in the county’s 4-H program where she served three years as the vice president of Trinity 4-H and three years as president.

“In 2016-27, she received the Silver Star Award and has served as a Healthy Texas Youth Ambassador where she continues to spread the word about healthy living and eating,” said McDonald.

McDonald noted that Hicks, daughter of Carol Hicks and Chris Benson, has been involved in many volunteer projects. A favorite of hers is making a Christmas store for patients at a local retirement center to shop for gifts that were donated to give to their friends and family.

“Projects like this are the kind that motivated Lauren,” said McDonald.

She noted that Hicks has attended Panola College through a dual credit program and is currently attending Wiley College where she majors in history with a focus on Medieval and Renaissance history. Hicks plans to become a history professor.

“She gives credit to Texas 4-H for helping her get where she is today,” said McDonald.

In addition to their Gold Star awards, Hicks and Gott were also recognized as scholarship recipients by the Harrison County 4H.

“Our adult leaders, which is our steering committee for the 4H program, give scholarships each year and Lauren is a recipient of one of those scholarships and Brinley received the other one,” said Garrett.

“From the court, we’re just proud of you guys,” Judge Sims commented. “Our youth are the future of our community. We’re grateful for all your efforts.”