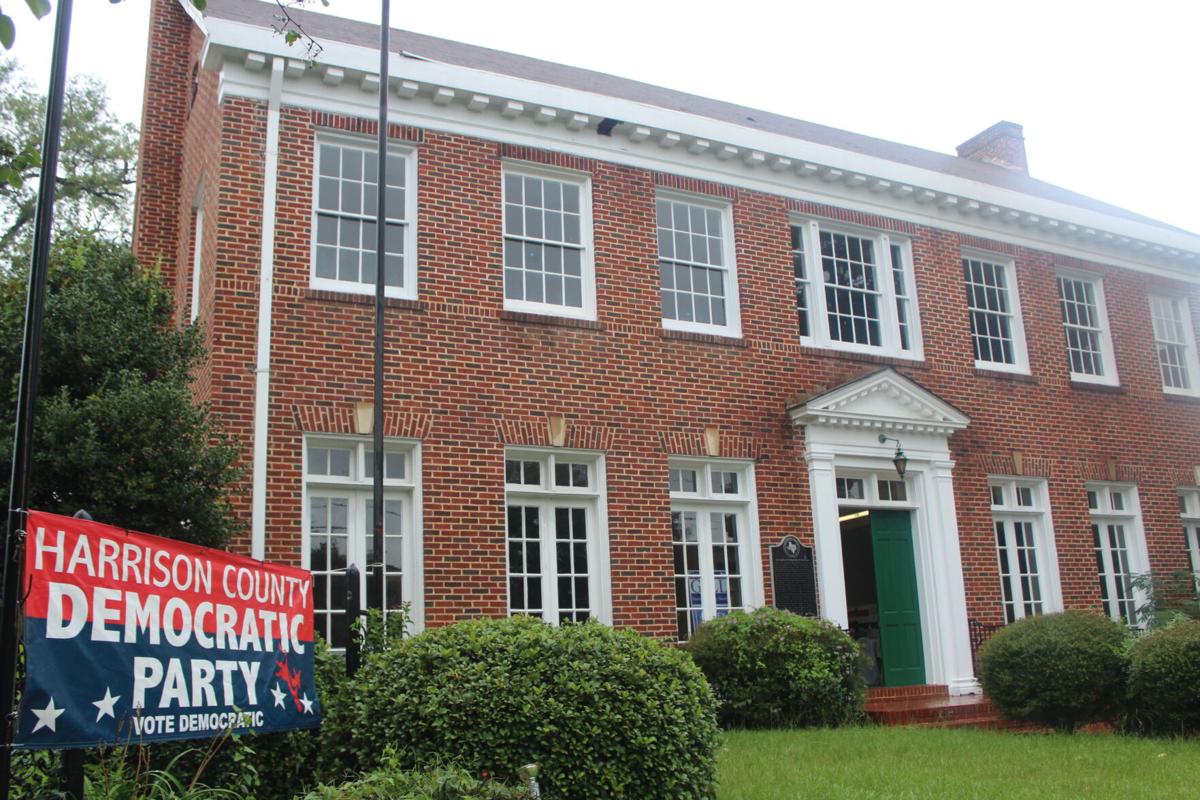 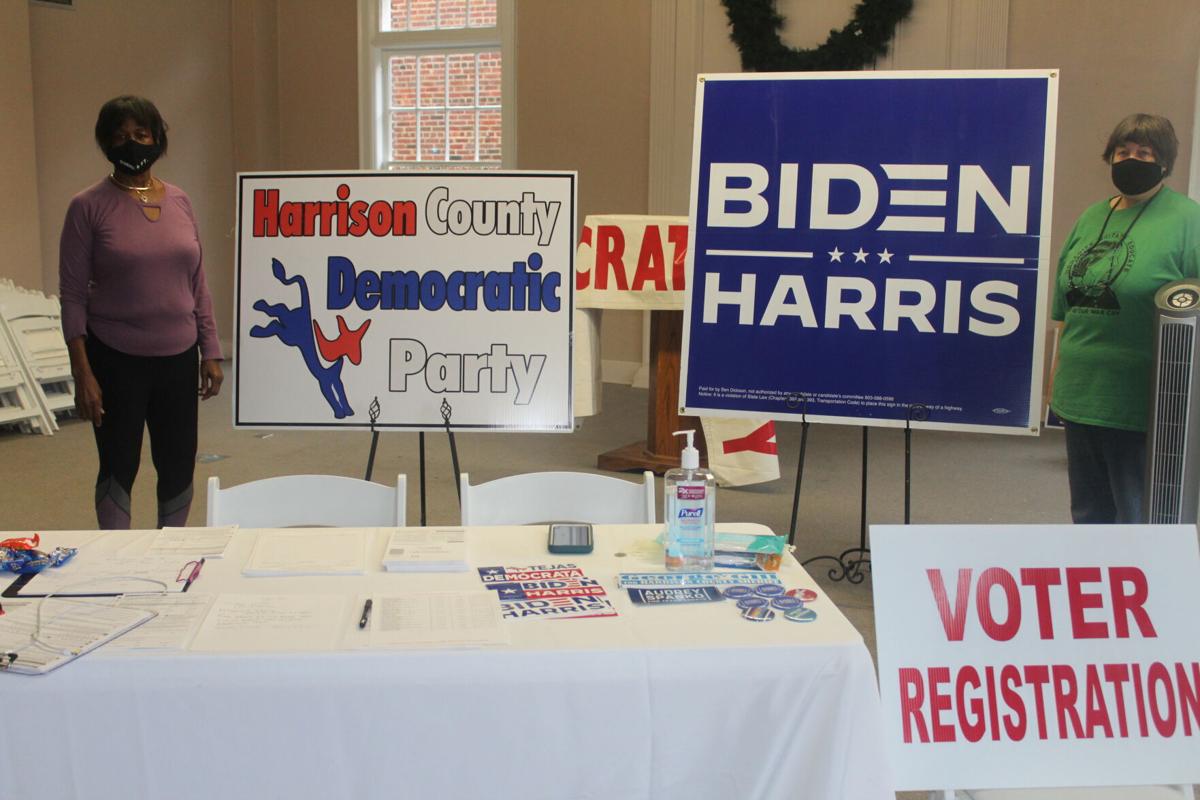 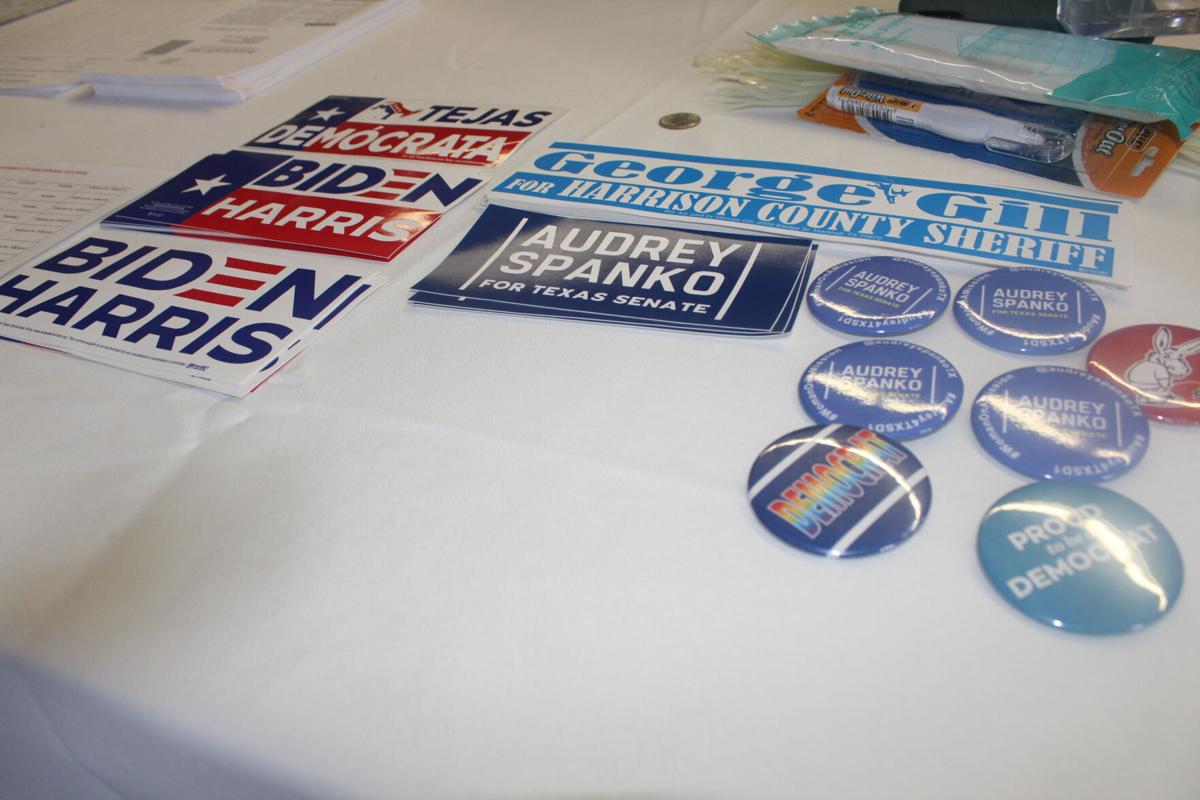 Campaign buttons, stickers and material are available at the new headquarters of the Harrison County Democratic Party, located at 213 W. Austin St. Office hours are 11 a.m. to 2 p.m., every Monday and Wednesday through Friday. 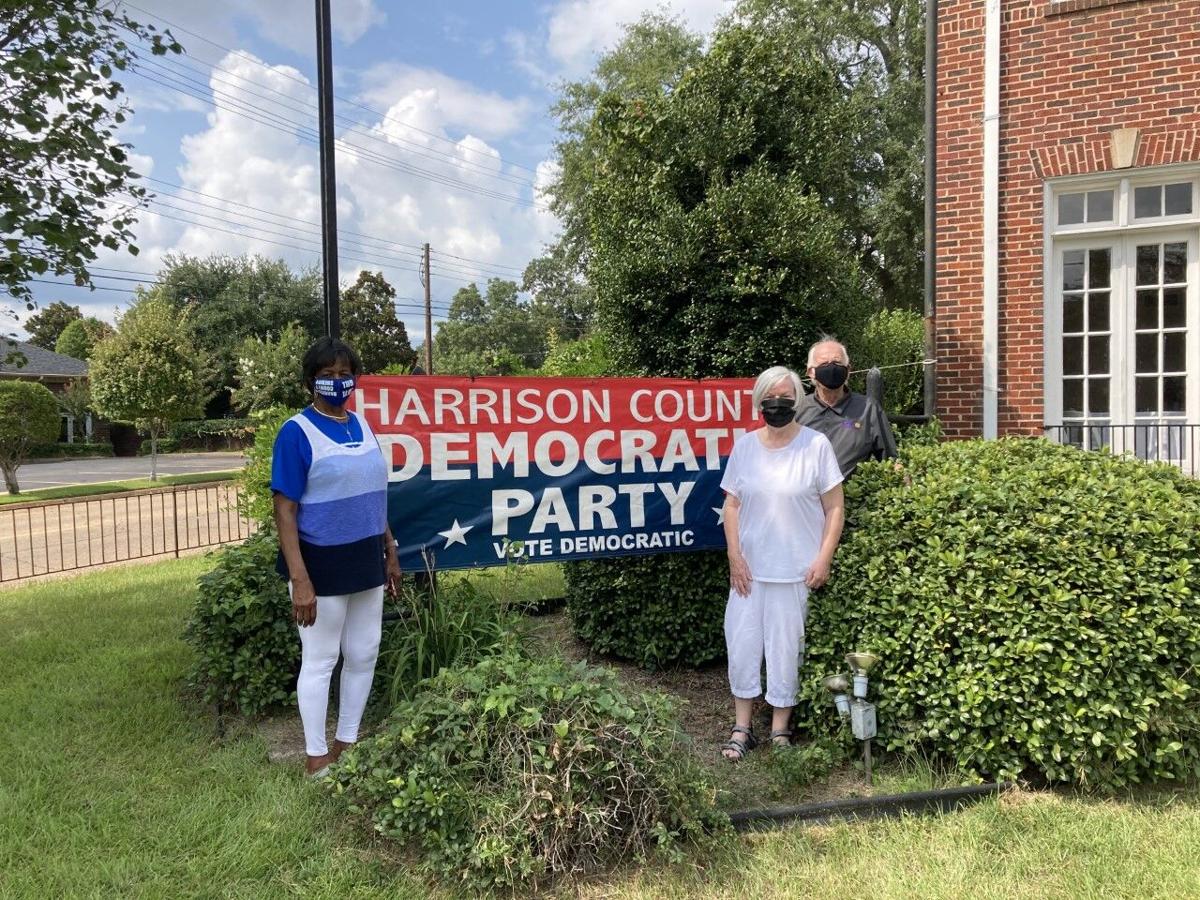 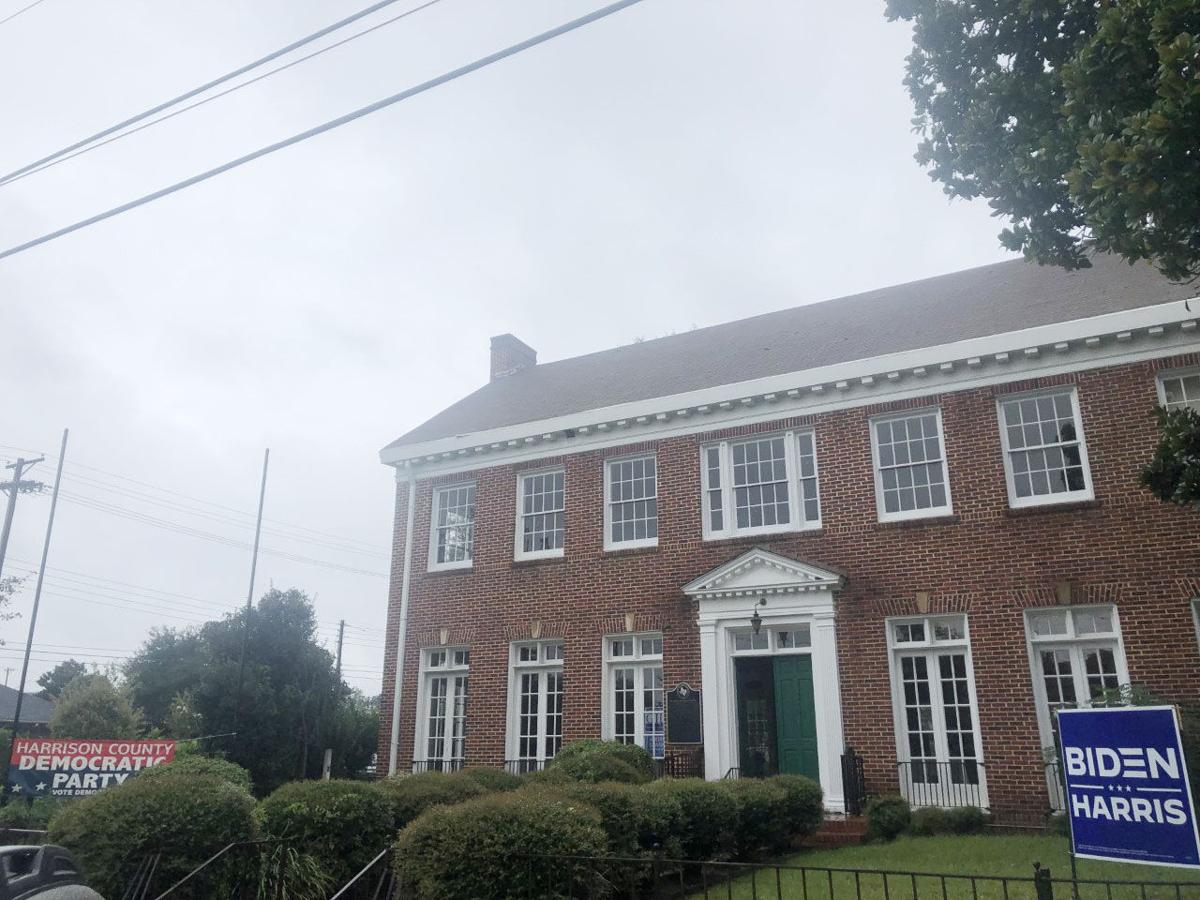 Campaign buttons, stickers and material are available at the new headquarters of the Harrison County Democratic Party, located at 213 W. Austin St. Office hours are 11 a.m. to 2 p.m., every Monday and Wednesday through Friday.

The building, which was once home to the local Chamber of Commerce, sits at the northeast corner of Austin and Franklin Streets.

“Thanks to (Former County) Judge Richard Anderson and his wife Christina, they have provided this location for us,” said local party chairperson, Maxine Golightly, said Monday.

“So we are really excited to have a headquarters and have plenty of room, especially since we have to social distance,” said Golightly.

Golightly said the headquarters opened its doors this month and has been busy with activity since.

“We kicked it off on Labor Day. We had a really good crowd,” she said, sharing about 40 people turned out.

“We just had a really great crowd here,” said Golightly. “They’re ready to get out and work.”

“Everybody is just excited,” she said, sharing they have received several requests for signage. “We’re getting requests for Biden and Harris signs — all signs. People are asking for Democratic signs.”

She said the party is looking forward to hosting different events at the new location, possibly a debate watch, as the Nov. 3 General Election nears. For now, the headquarters is open for voter registration, four days a week, from 11 a.m. to 2 p.m., on Monday and Wednesday through Friday. Campaign signs are also available for pickup at the location.

“We have Biden-Harris signs. If anybody wants them, just come to the headquarters and we’ve got them available,” said Golightly, sharing they have signs of all sizes.

Information on Democratic candidates and Harrison County’s early voting schedule is also available at the headquarters. The local party chair said she is excited about the enthusiasm of volunteers.

“Everybody is just ready to work. We have volunteers wanting to know what can they do to help because it is such a critical election,” Golightly said.

She said this election is incredibly important for the state, nation and democracy.

“It’s the most important election in my lifetime, and especially with just losing Supreme Court Justice Ruth Bader Ginsburg,” said Golightly. “She was such a great person for equality, (for) women.

“There are so many things that have been opened up because of her,” said Golightly.

“With all we’re going through now, the fights we’re having to fight now, we fought these fights back in the ‘60s. Now we’re back,” said Golightly. “I never thought we’d have to go back through the same thing again.

Thus, “it’s a critical election,” she said. “We just want people to vote, vote, vote. That just cannot be emphasized too much of how important it is, for Democrats, to get out and vote in this election.”

Golightly said once voter registration ends Oct. 5, the party will focus on making sure voters get to the polls as early voting kicks off Tuesday, Oct. 13, through Friday, Oct. 30.

“We’re all going to be doing everything we can to register voters and then we’re going to try to make sure voters get out to the polls,” she said, noting they’re using door hangers to comply with social distancing requirements. Volunteers will also have information available at upcoming campaign events. “We’re just encouraging people to get out and vote.”

Golightly said anyone needing service outside of office hours may call her at (903) 908-0521 to make an appointment. Volunteer Christina Anderson noted that masks will be required to be worn while visiting the headquarters.

“Due to the ongoing COVID-19 pandemic and the Democratic Party wishing to take all measures to help stop the spread of the coronavirus, the Democratic headquarters follows all Centers for Disease Control and Prevention guidelines for social-distancing and wearing masks,” said Anderson. “If a person does not have a mask and wishes to visit the headquarters, a mask will gladly be provided.