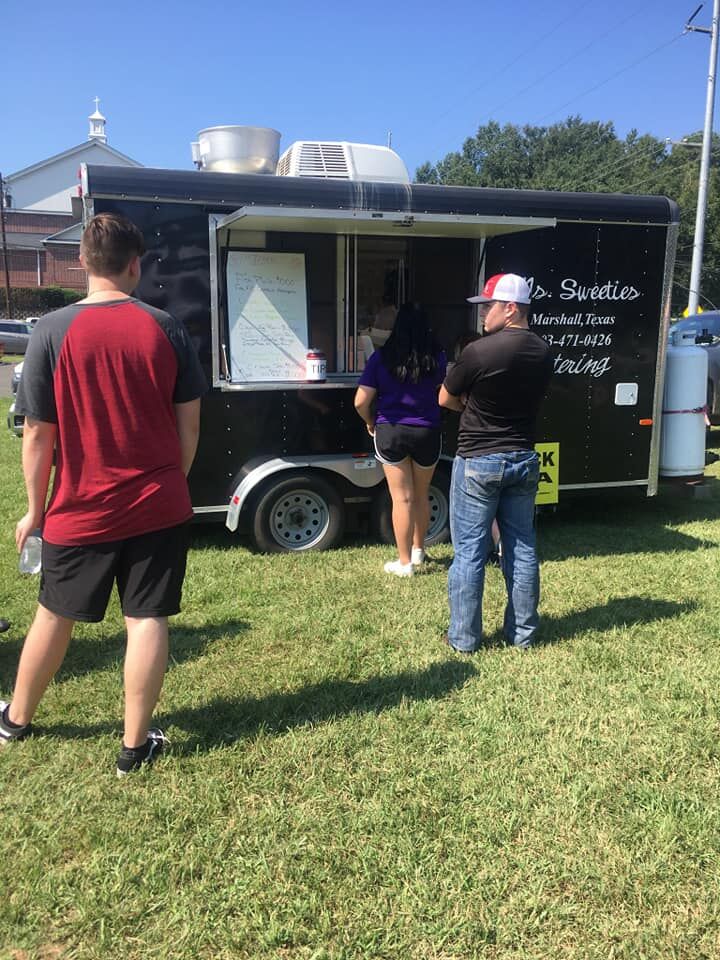 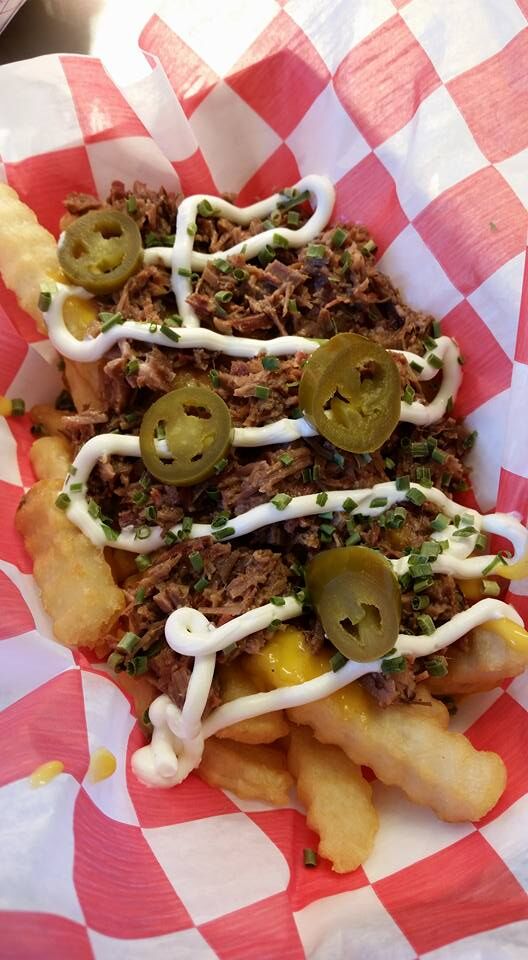 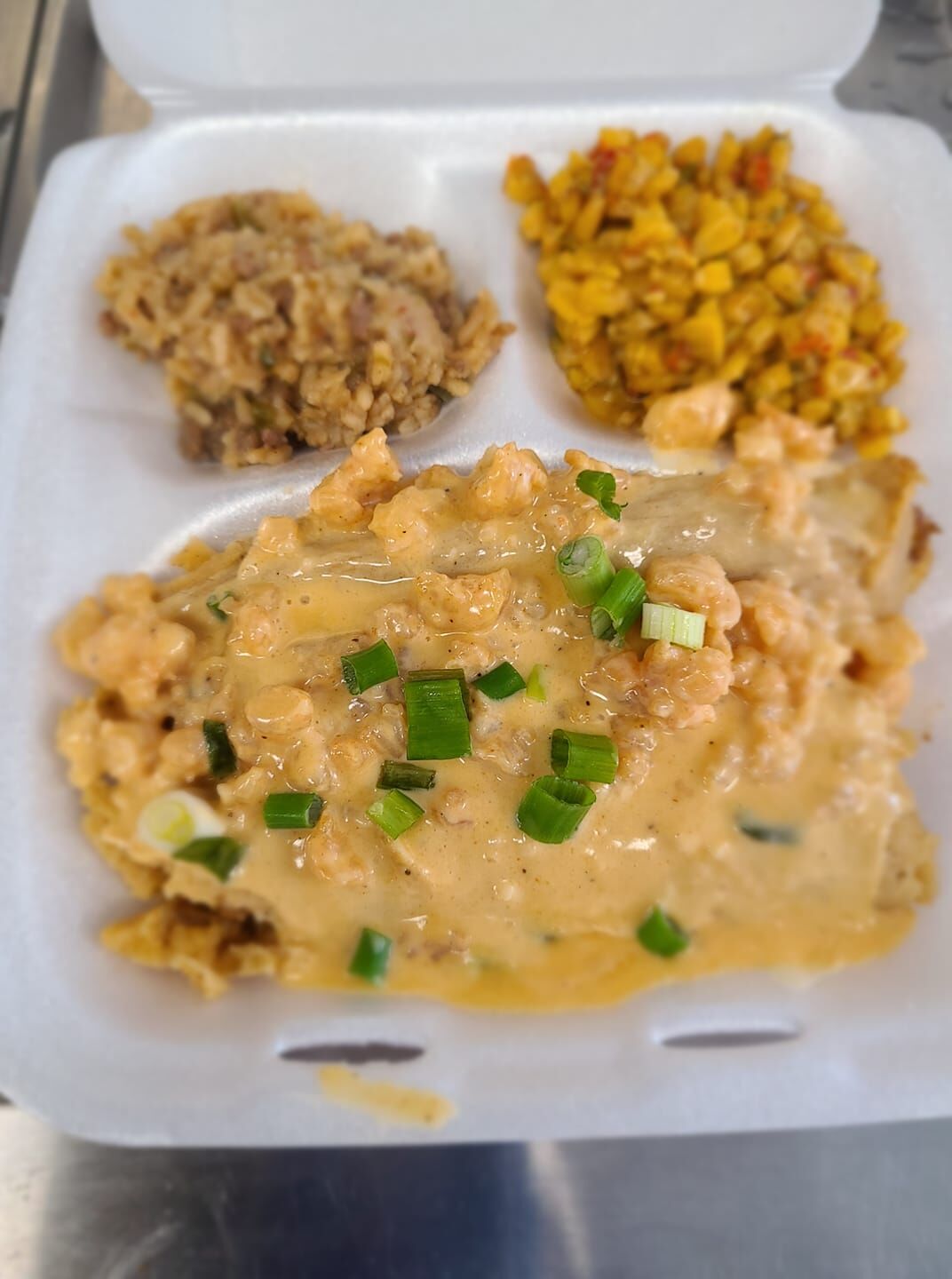 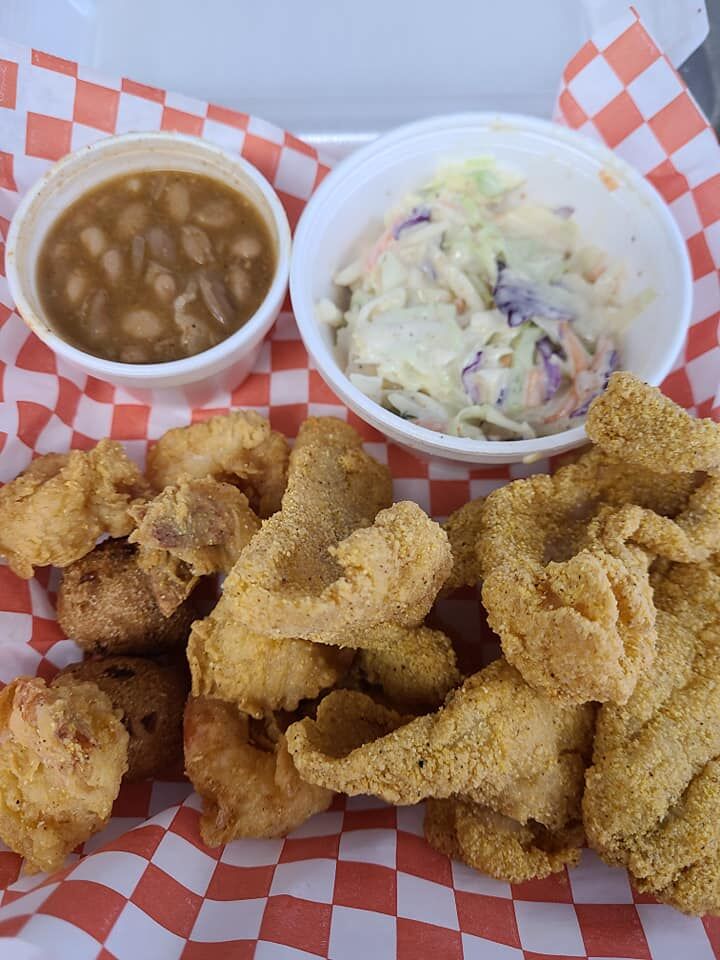 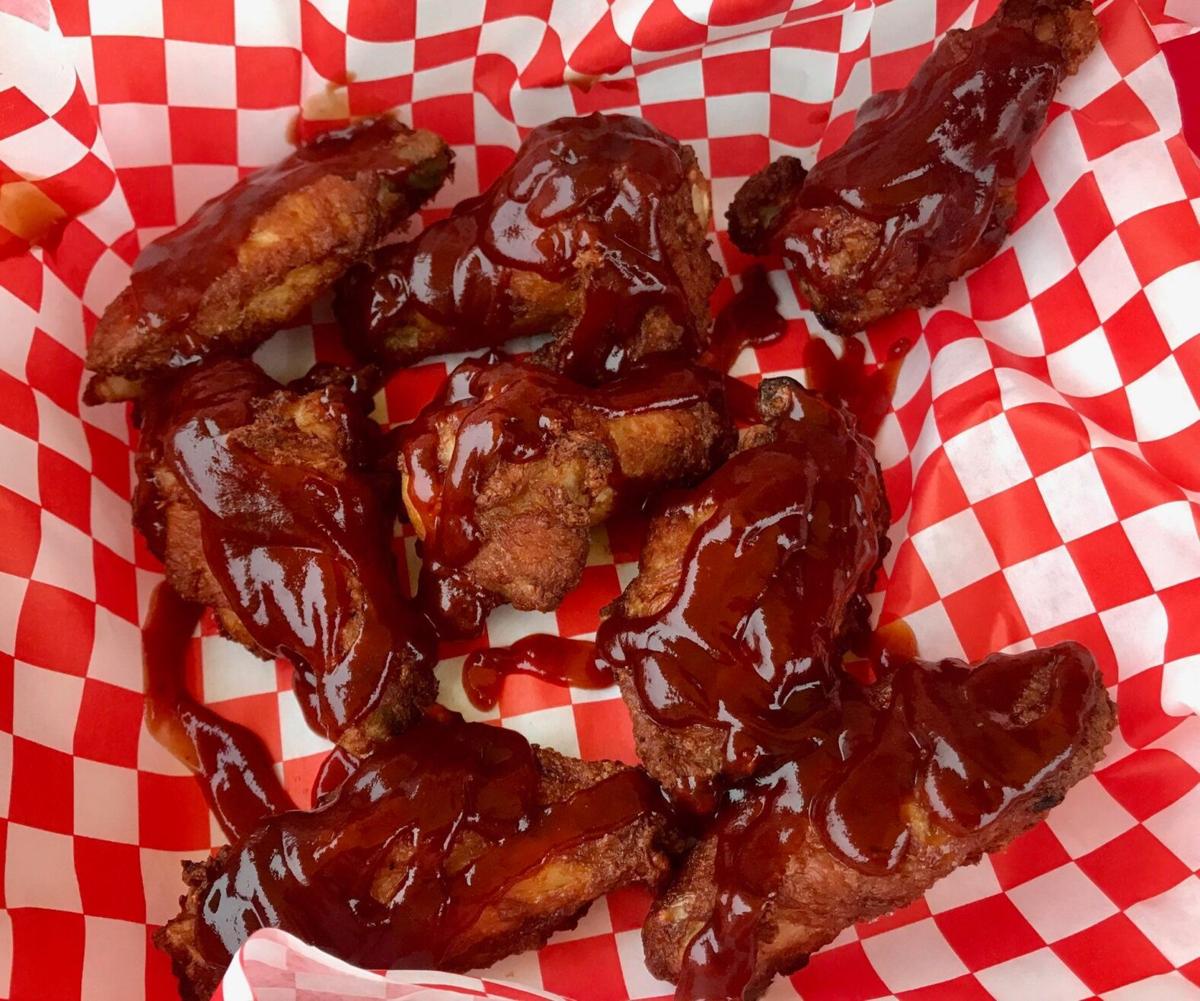 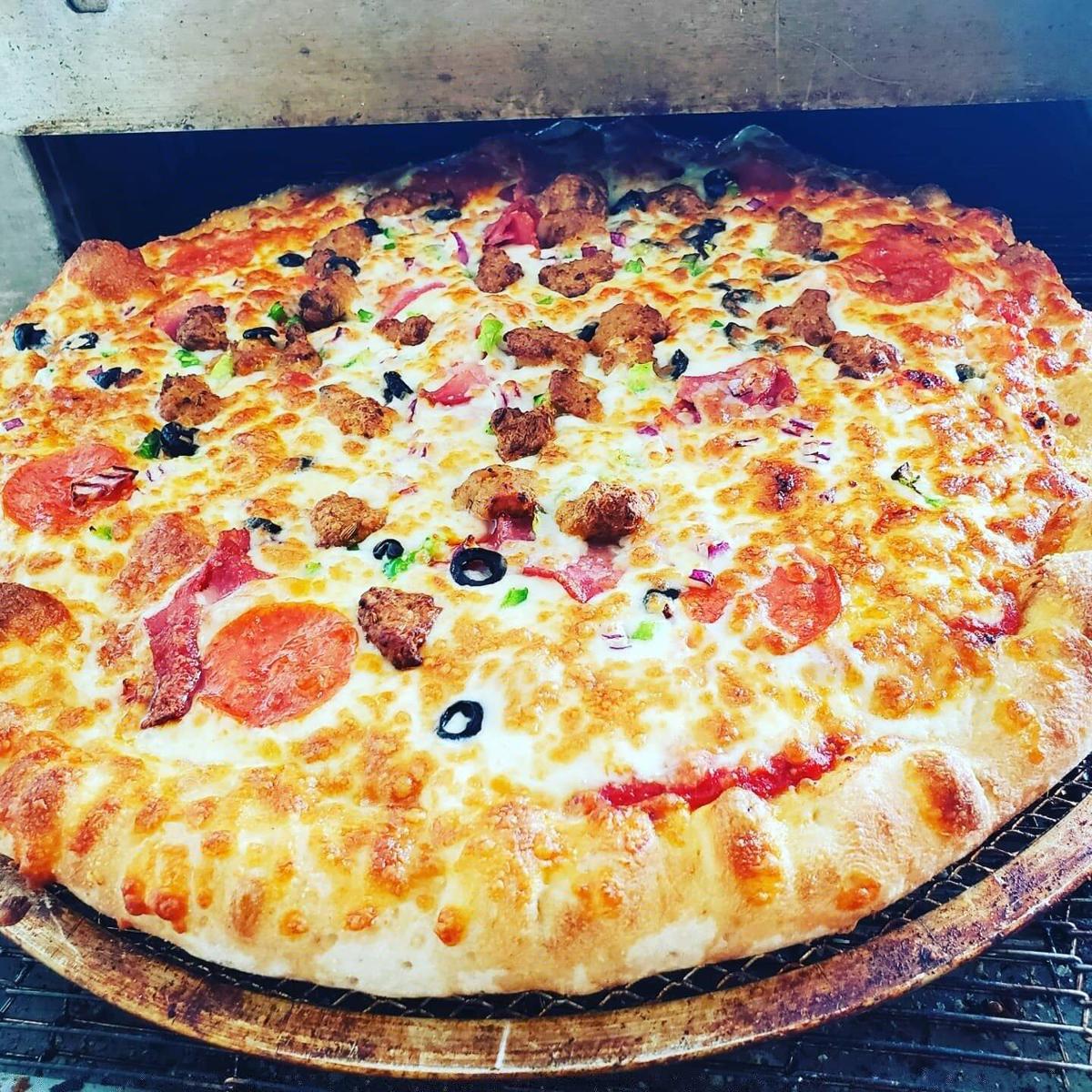 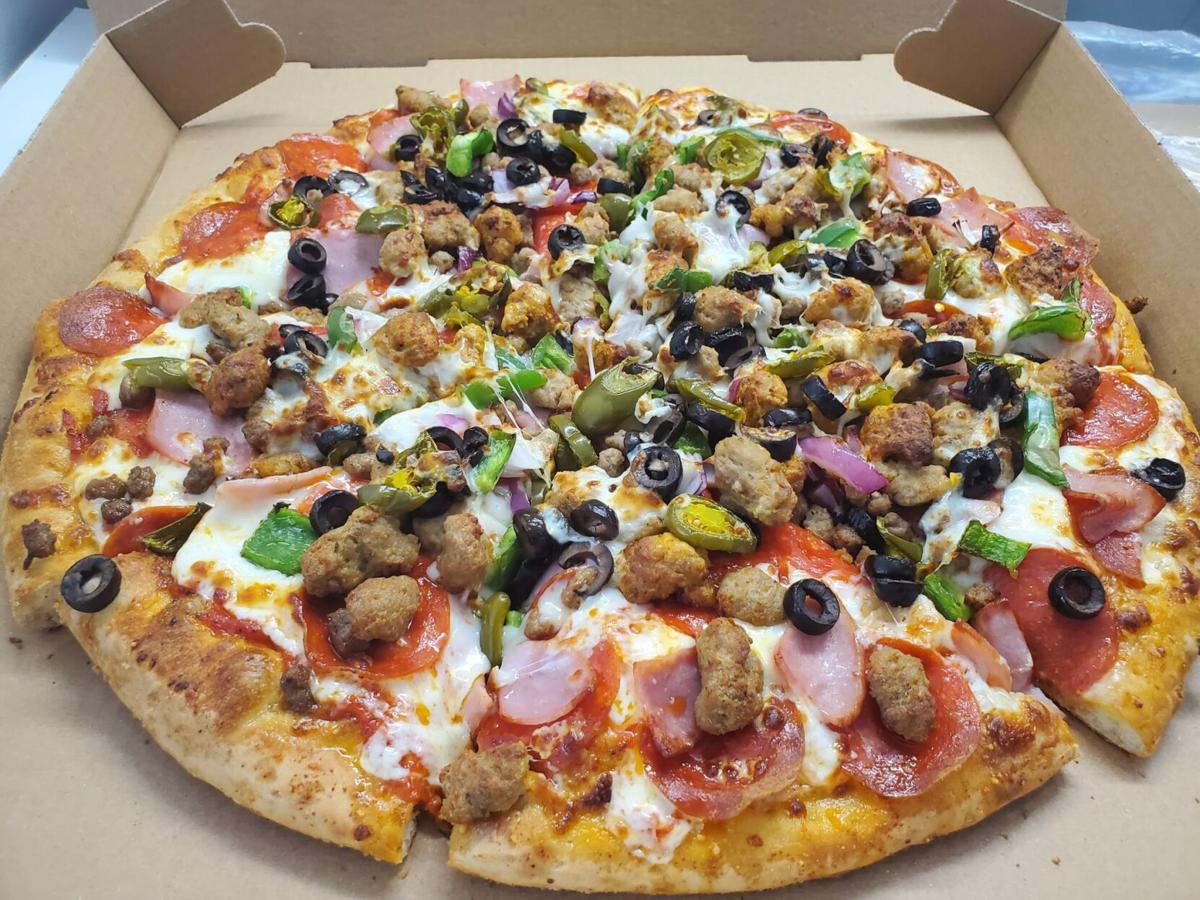 When it comes time to grab some lunch or dinner, Harrison County's food trucks offer a unique taste for meals on the go.

From hamburgers to one of a kind hot dogs, Cajun food, soul food, seafood, pizza, barbecue and more, Harrison County food trucks have a little bit of everything.

When it comes to hot dogs, there's only one that is the real deal and Doni Simmons offers it at his Doni's Coney Island Hot Dogs food truck in Marshall.

In 1893, the Vienna Beef hot dog was introduced at the Chicago World's Fair and since then, it's made hot dog history as the best selling, authentic "Chicago Dog."

"It's actually made out of brisket," Simmons said. "We are the only ones in a 271 mile radius that sells the Vienna Beef hot dogs. They are completely different than a regular hot dog. They are the most famous hot dog in history."

Not just anyone can sell the Vienna Beef hot dogs and if you are allowed to sell them, you have to pair them with the correct buns and toppings, Simmons said.

"I started a year and a half a go selling the hot dogs and I had to educate people on what a good hot dog is," he said. "The Vienna Beef hot dogs have a following - they are the hot dogs that are sold at Wrigley Field. If you sell them, you have to do everything to the recipe and menu of Vienna Beef."

It only makes sense for Simmons to sell the best. He's used to working with the top of the line talent in whichever career he's in.

"I used to do concerts and I've worked with Alice Cooper and Frank Sinatra," he said. "I eventually got into the barbecue business in Conroe but I'm a fourth generation Marshall resident so my wife and I came back here to open a barbecue business."

Best of Texas Smokehouse is the restaurant the Simmons opened on their acre and a half of land at 323 Bailey Cut off in Marshall.

"We're a destination spot," Simmons said of his barbecue business and location. "We have outdoor concerts here but when the brisket started getting too expensive, I got into the hot dogs."

Now that we are on the back end of the COVID-19 pandemic, Simmons has re-opened his barbecue restaurant but is still operating his Doni's Coney Island Hot Dogs food truck on the same site.

Simmons is also now selling the famous Vienna Beef by the pound, along with the famous poppyseed buns that go with the special hot dogs.

For more information about Simmon's hot dogs, visit the Doni's Coney Island Hot Dogs Facebook page at www.facebook.com/doniconeyislandhotdos or give them a call at 903-927-1080.

When it comes to pizza, nobody knows dough like the Dough Boys at Dough Boys Pizza Food Truck in Waskom.

East Texans craving some Italian on the go can grab everything from pizza to wings and pasta at the full pizzeria which is parked at the Market at the Mural, located at 245 Cyclone Street in downtown Waskom.

"We are set up full time at the Market at the Mural," Dough Boys Pizza owner Jess Matson said. "We started in March of last year, during the pandemic. We are a COVID-19 survivor business. We actually killed it through COVID-19. We did really well."

Matson said he had previously owned and ran a shaved ice/snocone food truck and when the pandemic began, it just made sense to switch to pizza and wings.

"We offer all to go orders and we do online ordering as well at our website www.pizzadoughboys.com and we also do events," Matson said. "We go to the Bossier Night Market three times a year."

Dough Boys Pizza is open from 4 to 9 p.m. on weekdays and from 3 to 9 p.m. on Saturday and 2 to 8 p.m. on Sunday. To follow their Facebook page, visit www.facebook.com/doughboyspizzawaskom

Ms. Sweeties Cajun + Soul food truck travels throughout the East Texas area and has built up quite the local following.

"I started with catering and now I still do the catering but I also set up my food truck at events," owner Shirley Mosley-Higgs said. "Normally I would set up in Marshall at the Hometown Tire Center on Highway 80, across the street from Auto Zone, but about three months ago I started setting up in Linden. When the food truck/restaurant issue heated up here in Marshall, I went to Linden. They only have two restaurants there and business is really good."

Mosley-Higgs said she sets up once a week, from 11 a.m. to 7 p.m. on Saturday at the old Farmer's Market, unless it's the second Saturday of the month, then she sets up on the square in downtown Linden to participate in "Linden Together."

"Every second Saturday, they invite businesses and vendors to set up on the square for free for an event they call 'Linden Together,' and it is just a really neat event," she said.

In addition to parking her food truck in East Texas cities, Mosley-Higgs also participates in events in the area, including Hallsville Western Days each fall and most recently, the State Fair of Louisiana in April.

"The state fair was an 11 day set up, from April 28 to May 9 and it was busy," she said. "That was my first state fair and I met so many people and received so much business from the fair. I sold 430 baskets of fish, 375 bowls of gumbo and 388 crawfish mac and cheese dishes. I also sold a lot of my famous 'crack tea.'"

Ms. Sweeties' famous "crack tea" earned its name after she mixed up a gallon for some friends and family and they were later asking for the addicting "crack tea."

"It's kind of like a punch," she said. "It's a tea base but I put pineapple and orange and lime in it. The true name of it was originally 'tropical tea' but after someone called it 'crack tea,' it just stuck because people just can't stop drinking the stuff. When I called it 'tropical tea,' I sold three cups of it but when I changed the name on my sign to 'crack tea,' I sold 99 cups."

Now Mosley-Higgs sells her crack tea by the gallon but tea isn't even close to all she's known for making.

Ms. Sweeties' crawfish mac and cheese is another fan favorite and often requested when she does catering gigs.

"I do a lot of catering, especially in Jefferson for businesses - most recently at Sonoco in Jefferson where I did fish, chicken strips, fries, hush puppies and pinto beans," she said.

Those interested in enlisting Ms. Sweeties' for their next event or those who just wish to follow her to her next stop, can keep up with her on her Facebook page at www.facebook.com/mssweeeties, or they can order online at her website at www.mssweeties.com

When it comes to food truck businesses, Randy Cox is a pro. The Harrison County resident and his wife Betsy Cox sell everything from catfish to hamburger sliders to sno cones out of food trucks they own.

"We have Mega Bites Slider Company, which is sliders and fries and stuff, and we have Catfish Express Catering Company, then we have Krazy Cold Sno Cones," Randy said. "We normally set up in the Grand Plaza Shopping Center in front of China King in Marshall but we haven't been there for about a month now."

The Coxes also set up at Martha Josey Ranch in Marshall during the entire month of June for the camps hosted there, Randy said.

"Our catering business with Catfish Express is our number one priority but we will go and set up the other food trucks at events or places," he said. "We had Catfish Express Restaurant  nine years ago but then we went all mobile. The whole food truck business started as a side thing for us for a couple of years and then we made it full time, setting up at parking lots and now we have five employees."

The next big event the Coxes have coming up is a MAGA (Make America Great Again) rally in Gilmer on July 24 at the Civic Center. The couple will be selling their Mega Bites Slider Company's famous hamburger and cheeseburger sliders with French fries.

Those interested in catering one of the Coxes food truck businesses can do so by visiting the Catfish Express site at www.catfish-express.com, or for Mega Bites at www.facebook.com/megabitesslidersco or by calling the couple at 903-930-6883.