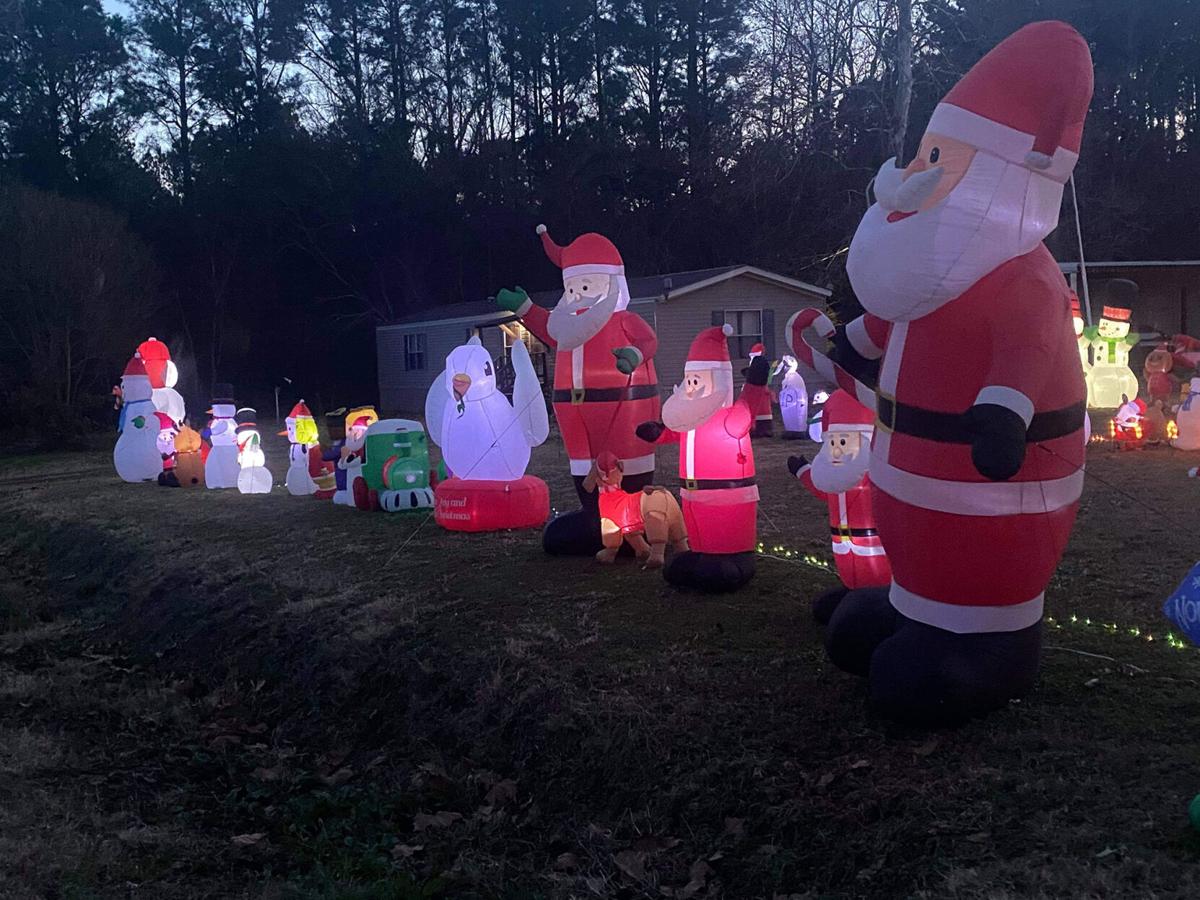 A variety of inflatables are set up at Sawyer’s Santa Land in Nesbitt. 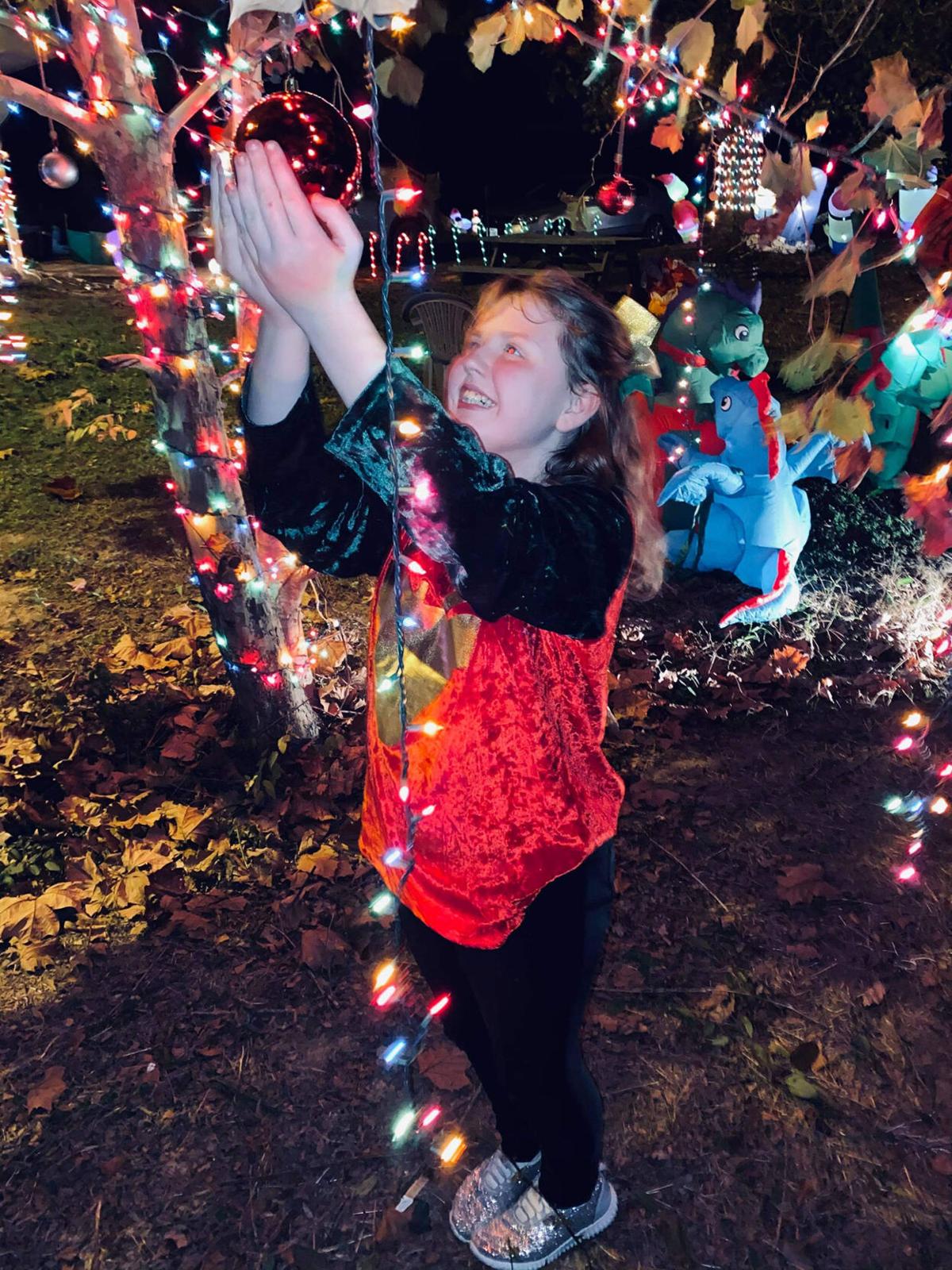 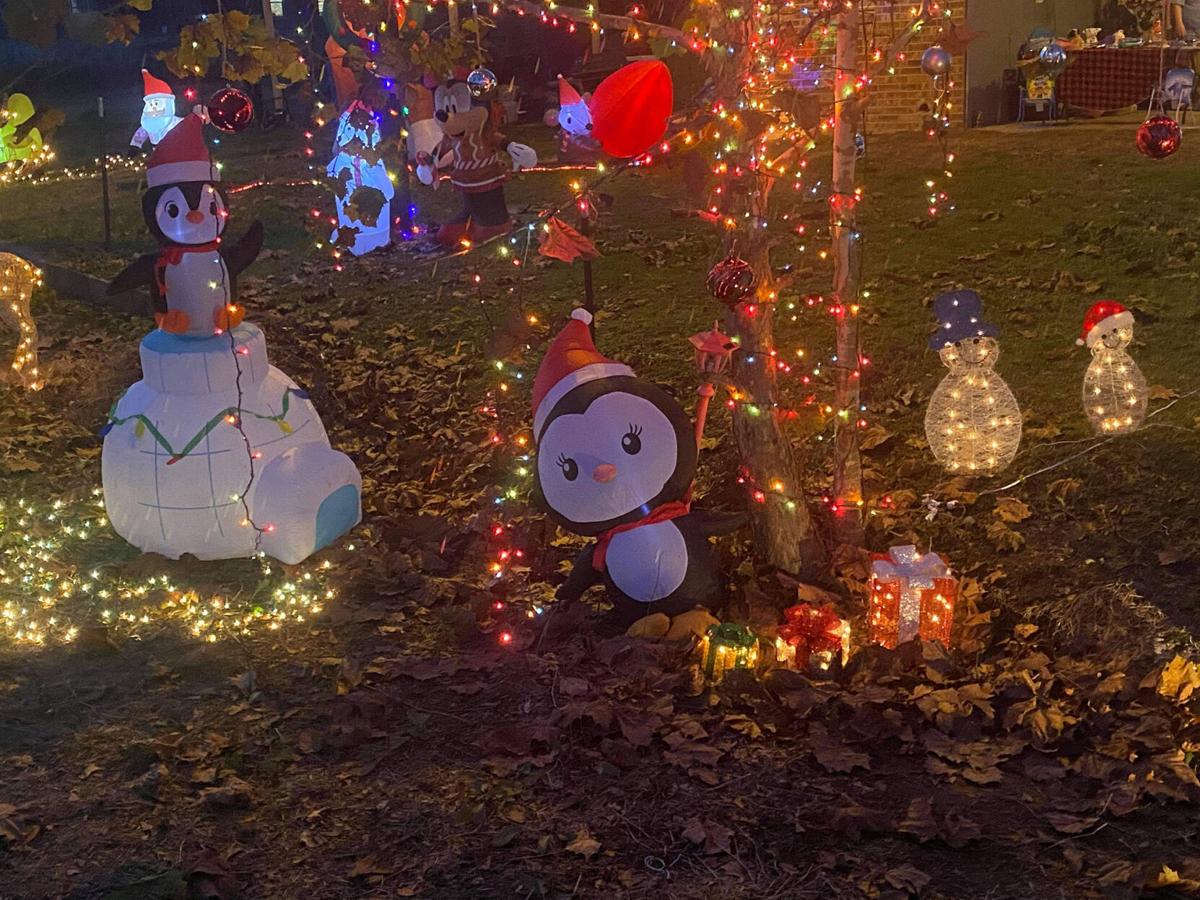 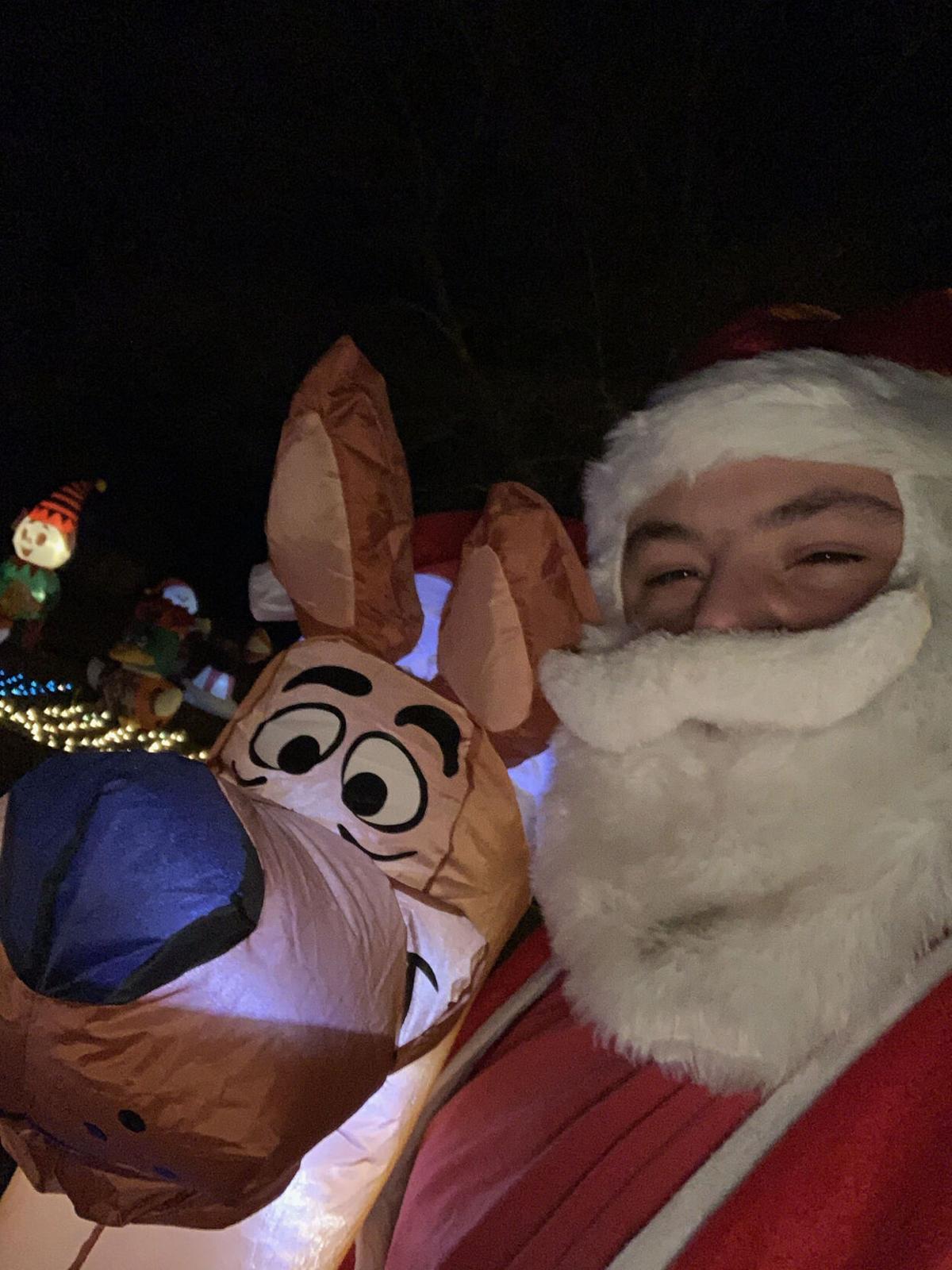 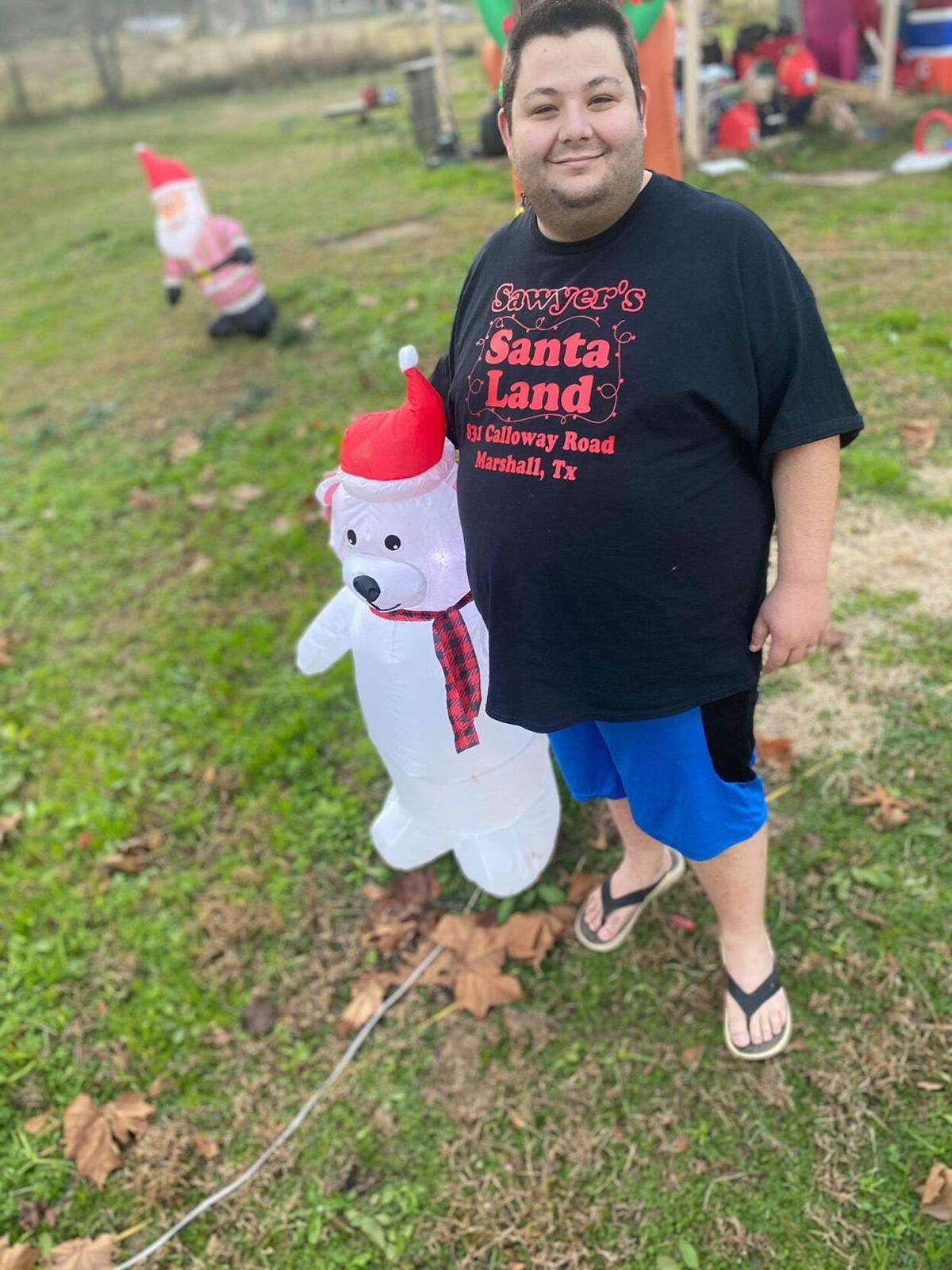 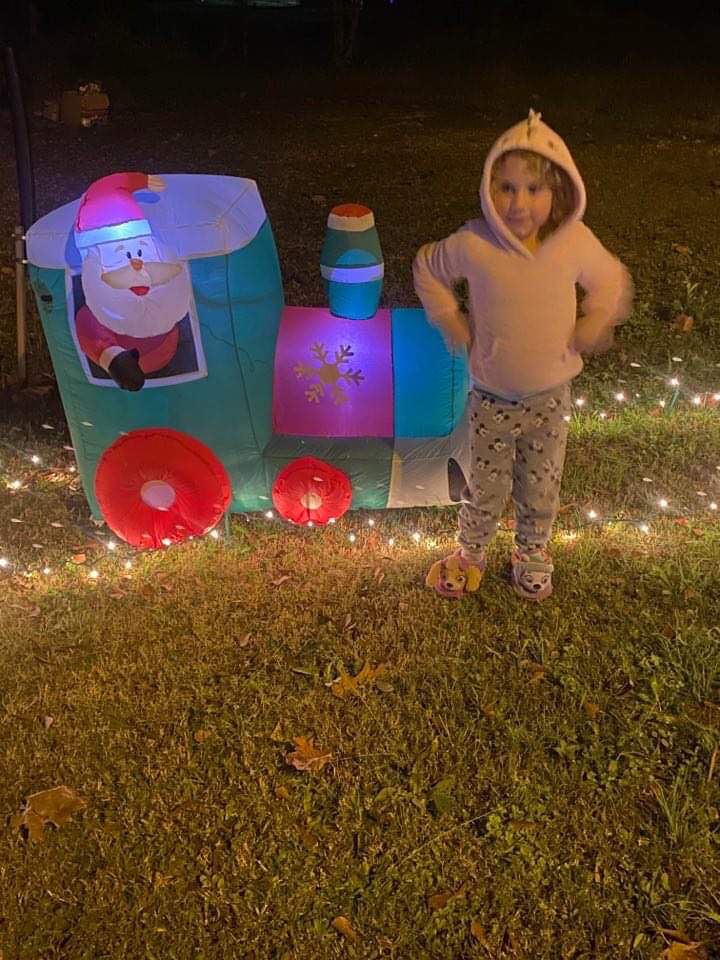 Sawyer, who Sawyer’s Santa Land is named after, stands with an inflatable toy train.

A variety of inflatables are set up at Sawyer’s Santa Land in Nesbitt.

Sawyer, who Sawyer’s Santa Land is named after, stands with an inflatable toy train.

Nick Brown is full of the Christmas spirit. Surrounded by more than 100 inflatables and Christmas lights all the time it’s a little difficult not to be.

Brown along with his wife, Jenny Spearman, are the organizers of Sawyer’s Santa Land, located at 831 Calloway Road, in Nesbitt, though when entering the address into a GPS it is technically Marshall. The acre display has taken over not only Brown’s yard but neighboring yards as well.

“People in the community seem to love it,” Brown said. “The neighbors come over and walk through it.”

The inflatables range from the traditional including Santas, penguins and reindeers, to Sponge Bobs and Brown’s personal favorites, a large snowman family.

Along with the inflatable decorations Christmas lights are displayed on all the trees and anyone and everyone is invited to stop by to visit the display, offered free.

Brown and his wife’s love of inflatables started in 2017 when the family purchased their very first couple of inflatable decorations.

“Our families have always been into holiday decorations,” he said. “In fact, in the 90s my parents were the winners of the holiday light contest in Marshall.”

Though Brown and his family are the technical owners of all the display pieces, his niece, who is namesake of the inflatable land, Sawyer, claims they are all hers.

This year, an additional feature has been added with Brown acting as a helper for Santa and allowing all children who stop by to choose a toy to take home.

“We want to offer as much joy as we can. It’s been a rough year for everyone,” he said.

Brown and his wife, along with donations from well-meaning neighbors, purchased the toys to help out the real Santa. Santa’s helper and the toys will be available throughout the week at the light display.

One caveat to the display is that if it is raining, the decorations do not go up due to safety concerns.