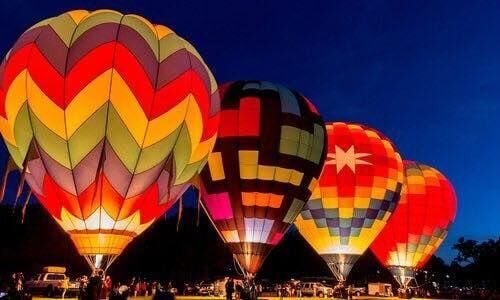 The Marion County Chamber of Commerce and Jefferson Tourism Department’s joint event, the Balloon Mini-Glow set for Saturday, has added new activities, while also keeping an eye on the weather forecast. 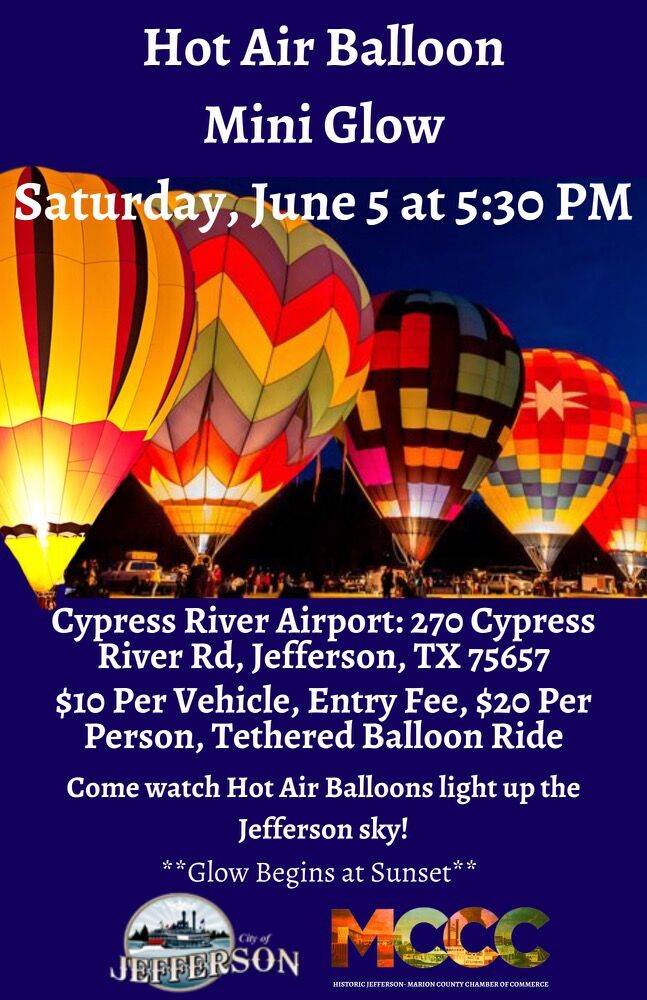 The Marion County Chamber of Commerce and Jefferson Tourism Department’s joint event, the Balloon Mini-Glow set for Saturday, has added new activities, while also keeping an eye on the weather forecast.

JEFFERSON — The city of Jefferson’s Tourism Department and the Marion County Chamber of Commerce’s first ever joint event — the Hot Air Balloon Mini-Glow set for Saturday — has added activities to the event schedule but is simultaneously in jeopardy from potential rain.

Marion County Chamber of Commerce President Paul Moore said the event has added attractions, including a bounce house for children and live music, in addition to the on site food trucks, balloon glow and chances to go up in a hot air balloon.

While attractions have been added to the schedule, the entire event is currently in jeopardy due to a high chance of inclement weather on Saturday evening.

Moore said Tuesday the current forecast didn’t hold much potential for Saturday’s event going off without a hitch but a final decision will be made by the hot air balloon pilots once a more accurate forecast is available in the coming days.

The co-sponsored event, to be held at the Jefferson Airport, is open to the public at a cost of $10 per car on Saturday.

“This is our first joint project with the city’s Tourism Department and we have more to come,” Moore said previously. “We will have five balloons here from the Longview hot air balloon event and they will do a glow when it gets dark. This was their idea and they had reached out to us with the idea for a mini-glow.”

Those wishing to climb in the basket of a hot air balloon and go up in the air can do so for $20 per person.

“They will go up to 20 feet in the air in the balloon,” Moore said.

The event will also feature food truck vendors on site, live music and a bounce house for children.

“This is the same day as the Corvette Show in town so we will open the gates at the airport at 4:30 p.m. and give time for people to eat and go up in the balloons, then the glow will happen when it gets dark,” he said. “Things will probably really get started about 5:30 p.m.”

Moore said guests are welcome to bring their lawn chairs or blankets, ice chests and set up at the airport for the glow.

“We are really hoping the glow will bring people from all over to visit Jefferson,” he said.

What: Hot Air Balloon Mini-Glow hosted by the Marion County Chamber of Commerce and the City of Jefferson's Tourism Department

The event is dependent upon good weather Saturday