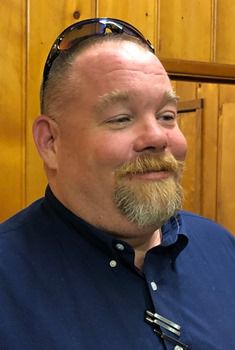 Jefferson Police Chief Jason Carroll has offered an apology for posts he made to social media which offended some members of the community. 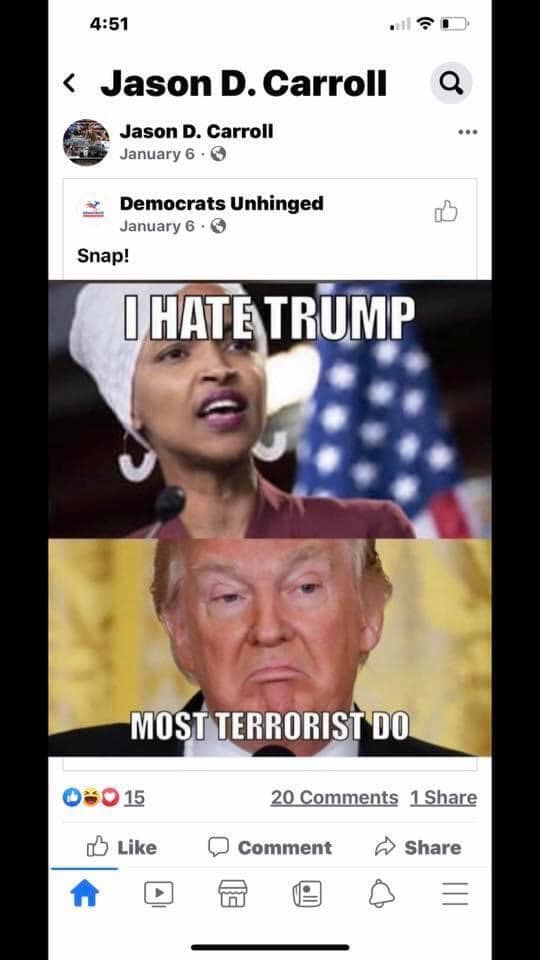 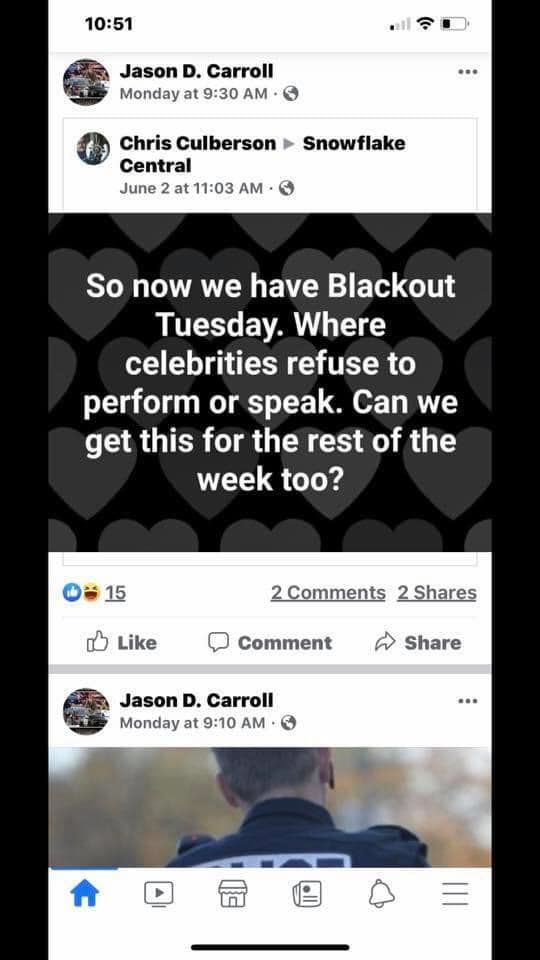 Jefferson Police Chief Jason Carroll has offered an apology for posts he made to social media which offended some members of the community.

JEFFERSON — Jefferson’s new Police Chief Jason Carroll has apologized for social media posts he penned to his Facebook page recently and has pledged to take sensitivity training after residents offered complaints during the city’s council meeting on Tuesday.

Carroll, who was appointed to the top spot after former Police Chief Gary Amburn retired earlier this year, posted what he called “insensitive” memes and photos on his personal Facebook page recently, eventually removing the posts.

Residents on Tuesday criticized Carroll’s posts during the Jefferson city council meeting, though the issue was not on the council’s agenda for official review.

Some of Carroll’s supporters, including Amburn also spoke during the public comment portion of the meeting to voice support for the new chief’s character.

“I’ve been through many things as a young adult but to see our town come to what it has been is disgusting to me,” Shyger Williams said Tuesday. “Racism has always been something that has divided this town, since I was a baby. As you can see on social media, there’s been several posts made from our new chief of police of Jefferson and I feel that people are taking his posts lightly. Facebook has been one of his platforms. He has exercised his freedom of speech and he’s doing that like any other individual but he is the face of our department here in town. That does not make the department look good. I feel like he showed his colors. The chief must have high ethical standards because the community looks to the chief in regards of instances of racism or any type of criminal activity that takes place within our community. Right now I feel like we cannot trust him at all and then that goes on to the ones below him. We have really good officers here in town but the community cannot turn to anybody right now because they don’t trust anybody.”

Williams said she feels Carroll should be fired for his posts.

“I feel he should not hold his place in office and that’s the end of it,” Williams said.

“Jason grew up in the military with me as a child all over the world,” Gary said. “He didn’t see colors, he saw people. Jason is not a prejudiced person, he believes everybody is equal, regardless of your color. I want everybody to understand that. He grew up that way and he is still that way today.”

Carroll himself issued a lengthy apology and offered an outline of actions he is taking to remedy the issue.

“I’d like to take a minute of your time in reading this to first sincerely apologize; second, share my remorse and empathy; and third, tell you what is being done to make amends,” Carroll wrote in a statement. “First, let me make it clear that I am deeply sorry for my actions and thereafter over the insensitive Facebook post I made. I don’t like myself for acting in such an insensitive manner and in seeing that I was reactive and not being proactive in my community. I know from my job which trained me to see and deal with things in a desensitized nature that there can be elements of harsh and judgmental value in this world, but I do not want that — for this community that we call home. With that said, I again apologize for my actions and ask you for your forgiveness.”

Next Carroll outline his plan of action.

“I want you all to know that I am listening,” he wrote. “Also, I am human, and as human, I make mistakes. But what makes us so great as people and a community is that I, along with you, can learn from my mistakes. And with this mistaken insensitivity, I along with you can change it into a positive learning experience...... We can agree that, words of apologetic nature mean very little when not followed up with action. Thus, I’d like to share with you that this, while a regrettable mistake is a lesson, we can all learn from and, as such, I am taking action by enrolling in a cultural sensitivity training class. This is needed at this time to reflect on my actions and my cultural awareness. This step in the right directions will also demonstrate that this community is unlike other places in the nation in that that we are proactive, protective, and join together in times of tribulation to take quick action. With this training I and Jefferson as a whole will have a broader understanding and comprehension of the issues we face and the feelings involved, which are so intertwined in this unfortunate matter.”