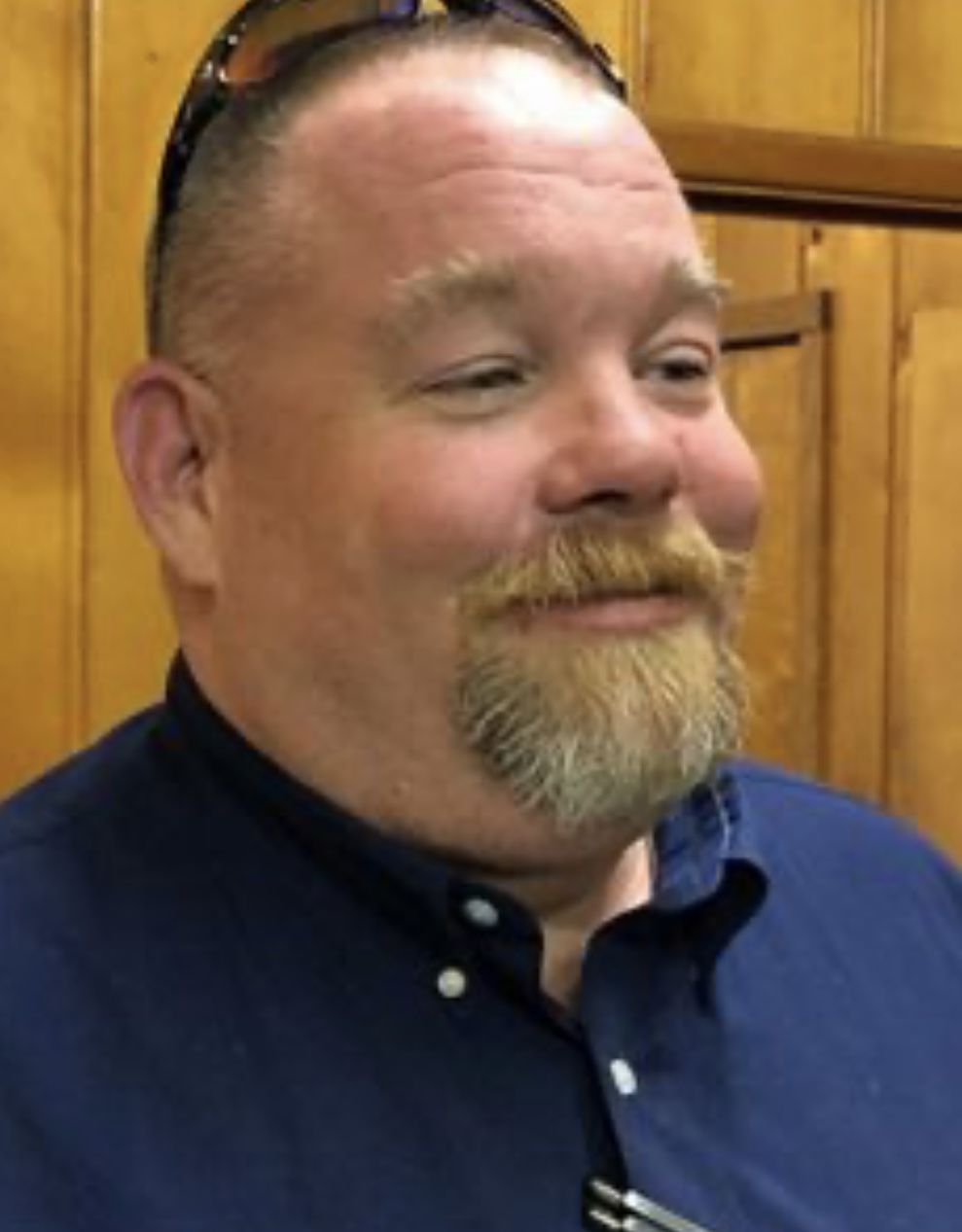 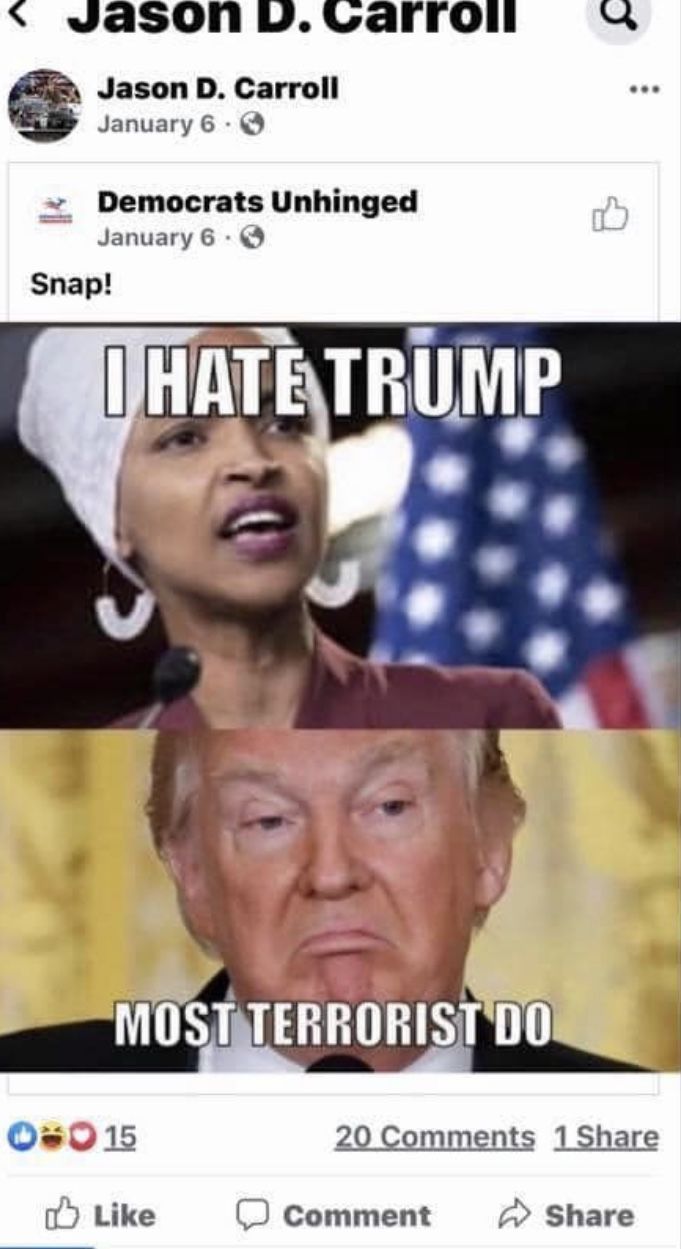 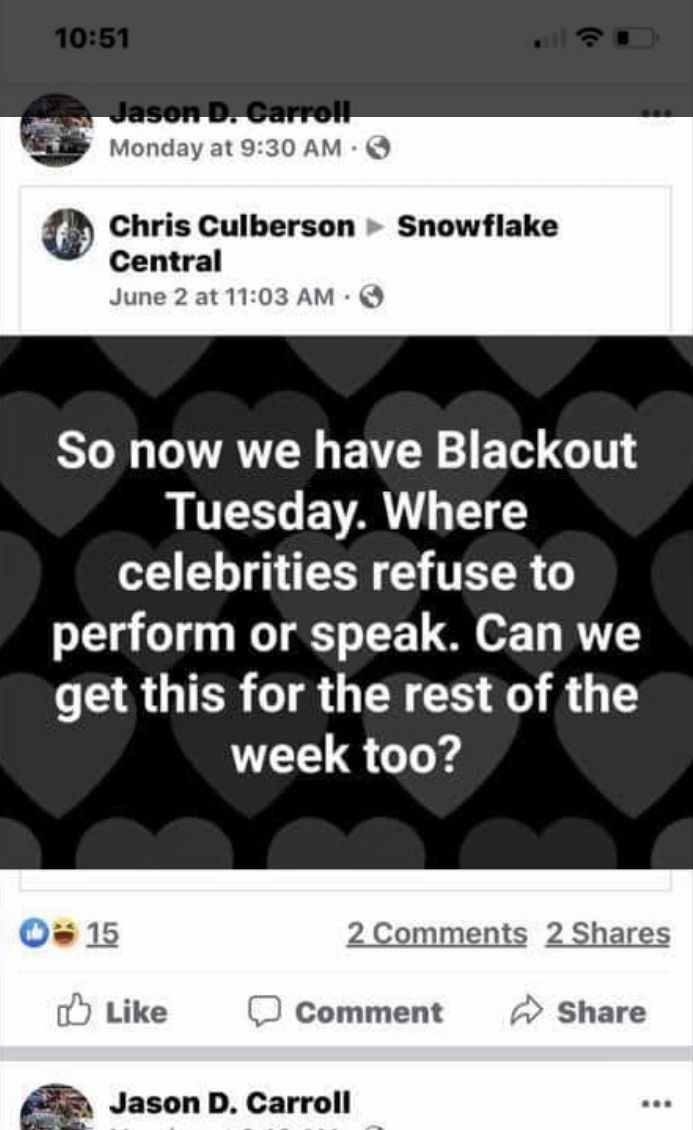 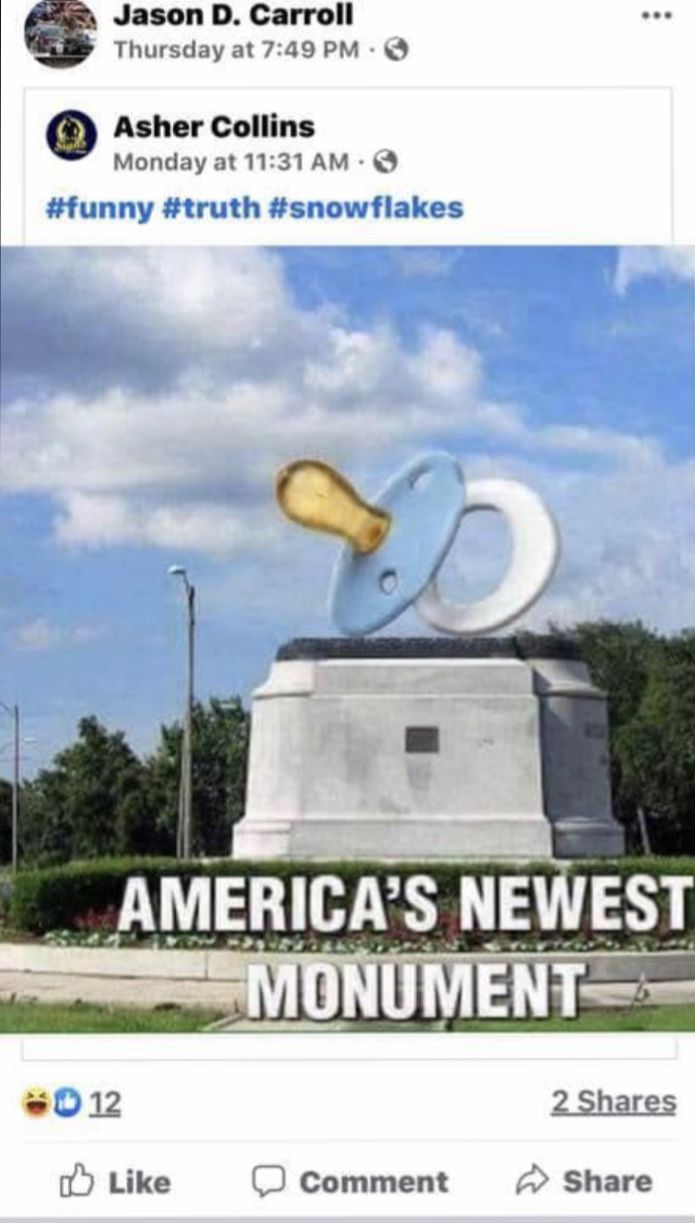 After several residents and a council member, took turns speaking against Carroll’s actions on social media during the public comment portion of the meeting, the council broke for a executive session.

Carroll did not offer comment after the meeting about his decision to resign. The council accepted his resignation without taking action to name a replacement.

Full video of the meeting, as well as a follow up about Perot naming a temporary replacement for Carroll can be found on the Marion County Herald’s site at https://marioncoherald.com/

In an email to the Herald, Perot named Jefferson Police Investigator Tino Perez as Carroll’s replacement. Perot originally named Perez as interim police chief then later modified his statement to the Herald.

“First off, Tino cannot officially be recognized as interim chief until we officially adopt it in open session at the next council meeting,” Perot emailed to the Herald. “TCLOSE would not recognize him until a formal vote is taken. He is in charge of the department as of now and until we meet again.”

The council is next set to meet on July 21.

“I’m honored to be trusted with overseeing the department during this time,” Perez said to the Herald.

Perot said he made Perez’s appointment at the direction of the council.

“Council told me to offer the interim position to him to see if he would accept,” said Perot in an email conversation with the Herald. “We will adopt a permanent change at the next regular meeting. All I can say is that I was given this direction by each and every council-person and it did not happen in open session last night.”

Two council members have confirmed to the Herald they did not know anything about Perez‘s interest in the position and they said they did not speak to Perot about it.

Carroll‘s resignation Monday came just months after he had taken over as Chief in March for retired Police Chief Gary Amburn.

“I’ve been through many things as a young adult but to see our town come to what it has been is disgusting to me,” Jefferson resident Shyger Williams said last week about Carroll’s posts. “Racism has always been something that has divided this town, since I was a baby. As you can see on social media, there’s been several posts made from our new chief of police of Jefferson and I feel that people are taking his posts lightly. Facebook has been one of his platforms. He has exercised his freedom of speech and he’s doing that like any other individual but he is the face of our department here in town. That does not make the department look good. I feel like he showed his colors. The chief must have high ethical standards because the community looks to the chief in regards of instances of racism or any type of criminal activity that takes place within our community. Right now I feel like we cannot trust him at all and then that goes on to the ones below him. We have really good officers here in town but the community cannot turn to anybody right now because they don’t trust anybody.”

In Carroll’s lengthy apology last week, he outlined actions he was taking to remedy the issue.

“First, let me make it clear that I am deeply sorry for my actions and thereafter over the insensitive Facebook post I made. I don’t like myself for acting in such an insensitive manner and in seeing that I was reactive and not being proactive in my community,” he wrote. “I want you all to know that I am listening. Also, I am human, and as human, I make mistakes. But what makes us so great as people and a community is that I, along with you, can learn from my mistakes. And with this mistaken insensitivity, I along with you can change it into a positive learning experience......I am taking action by enrolling in a cultural sensitivity training class. This is needed at this time to reflect on my actions and my cultural awareness.”