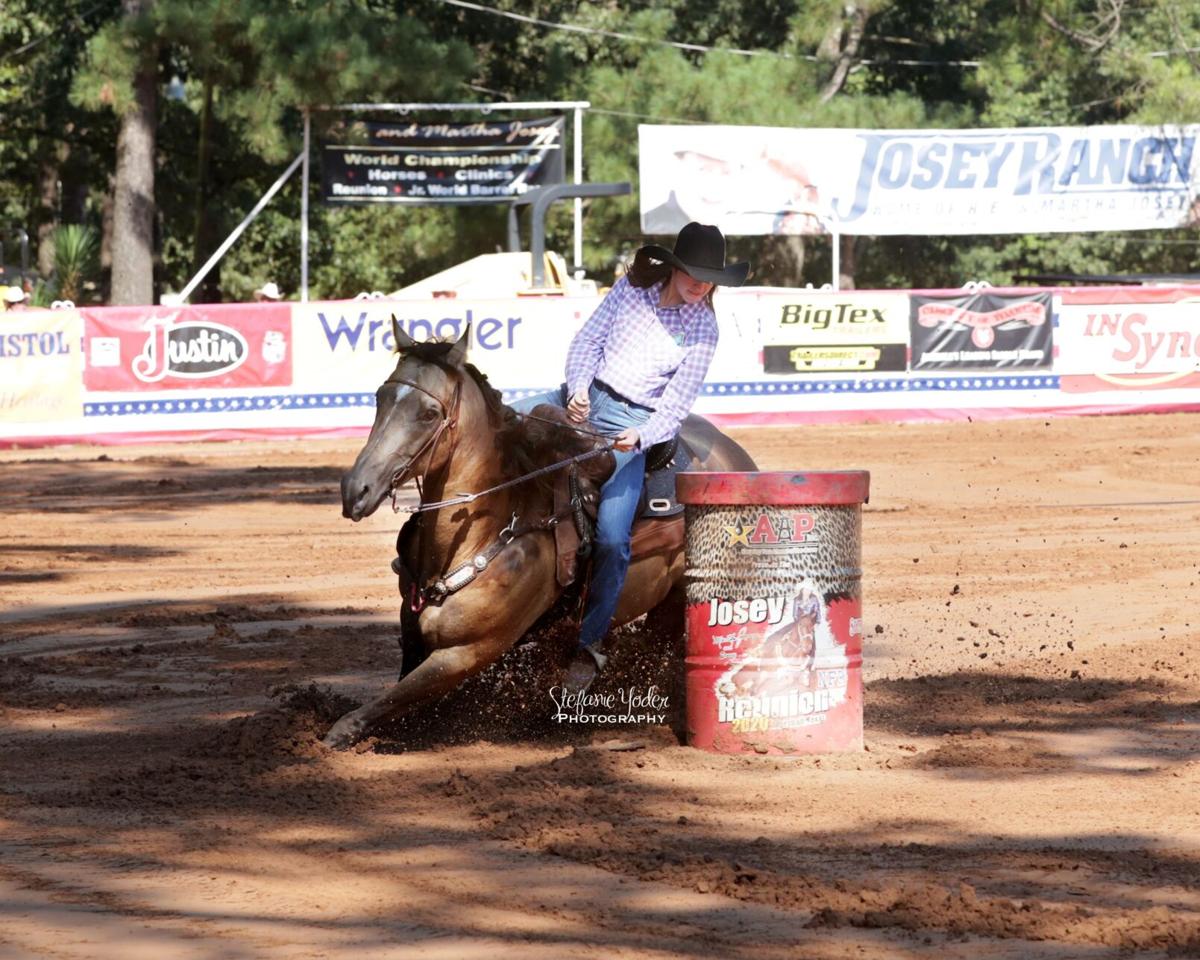 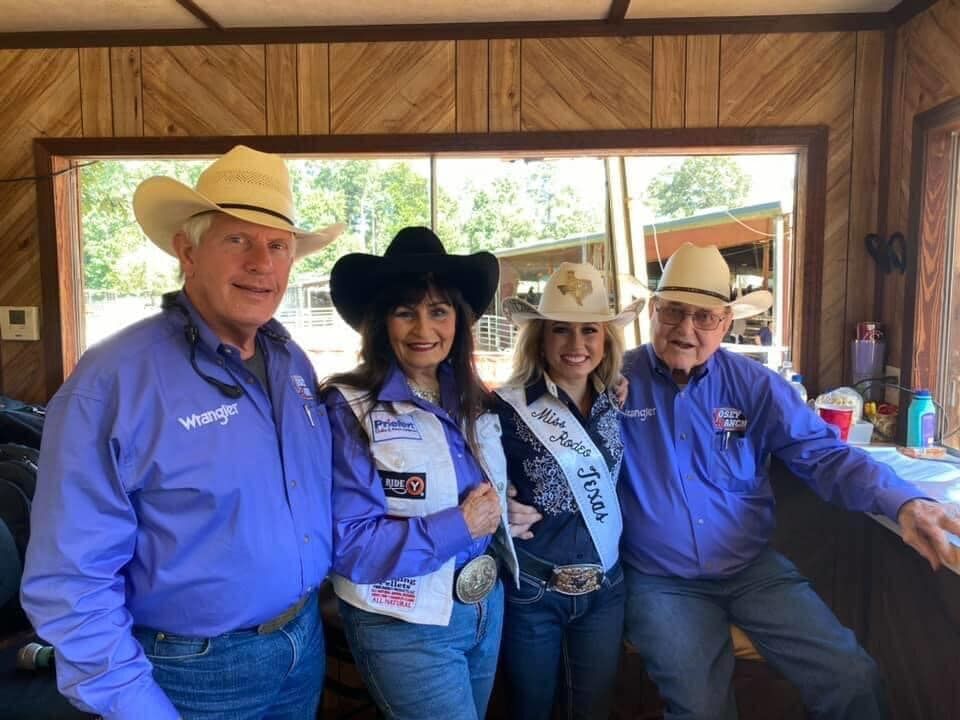 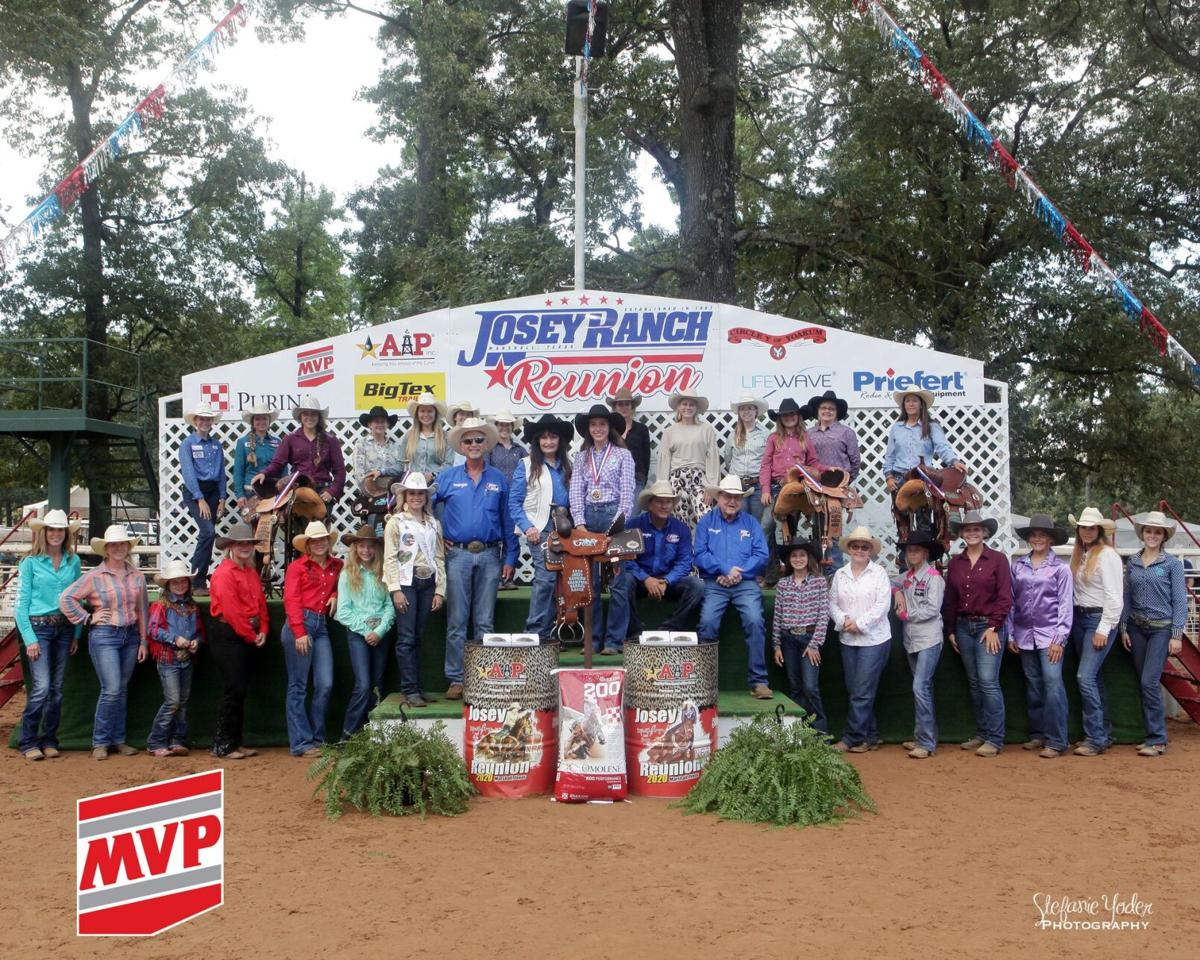 All top 40 contestants gather for a photo at the annual Reunion Roundup Barrel Race at Josey Ranch.

All top 40 contestants gather for a photo at the annual Reunion Roundup Barrel Race at Josey Ranch.

A quarter of a second is not very long, but in world class barrel racing competition it is huge. That is the winning margin for the Oklahoma cowgirl that claimed the championship this past weekend at the Josey Reunion Roundup Barrel Race in Marshall.

376 contestants from 25 states came to Marshall for the competition for the championship title, all current or former barrel racing students. All competitors and onlookers gathered at Josey Ranch, the oldest Rodeo School in the United States.

Owner of the ranch Martha Josey was supposed to be absent for the first time ever during the event, due to her being honored as an inductee to the ProRodeo Hall of Fame. The induction was to take place on Aug. 1 in Colorado Springs, but was cancelled due to COVID-19 restrictions.

The induction honored Josey for her 50 year career as a professional barrel racer, during which time she won every award there is to win, including an Olympic bronze medal and gold team medal, along with the 11 other inductees.

The contestants ran both Just 31 and Aug. 1 this past weekend, trying to qualify for the 4D championship round on Sunday, a format very similar to flights in a golf tournament.

Then on Sunday the competitors ran from the slowest qualifying time to the fastest. The leader board changed frequently as every run kept the large crowd cheering on each of the 150 finalists.

With one more competitor to run, Sheryl Gamboa from Waskom riding Bolderdash, was in the top spot with the fastest time of the weekend of 16.025.

All eyes were on the alleyway as the final runner, 15-year-old Kayla Bacon from Idabel, Okla., riding her horse Heza Rare Bug, came blazing down the alleyway, turned all three barrels and stopped the clock at a new fast time of 15.773.

The second division was won by Shea-Lynn Leach McConnell from Gunther riding Smooth N Heavenly with a time of 16.308.

The senior champion was Wendy Curry from Coulterville, Ill. riding Bar O Dark Chocolate with a 16.631.

The Josey Reunion Barrel Race is followed by the 40th Annual Josey World Champion Junior Barrel Race on Aug. 7 through Aug. 9. The “Jr World” is the oldest open to the world youth barrel race, open to any contestant 20 years old and younger.

Everyone is invited to the ranch to watch this amazing competition, free of charge, featuring the some of the best youth barrel racers in the world, Josey Ranch officials said.