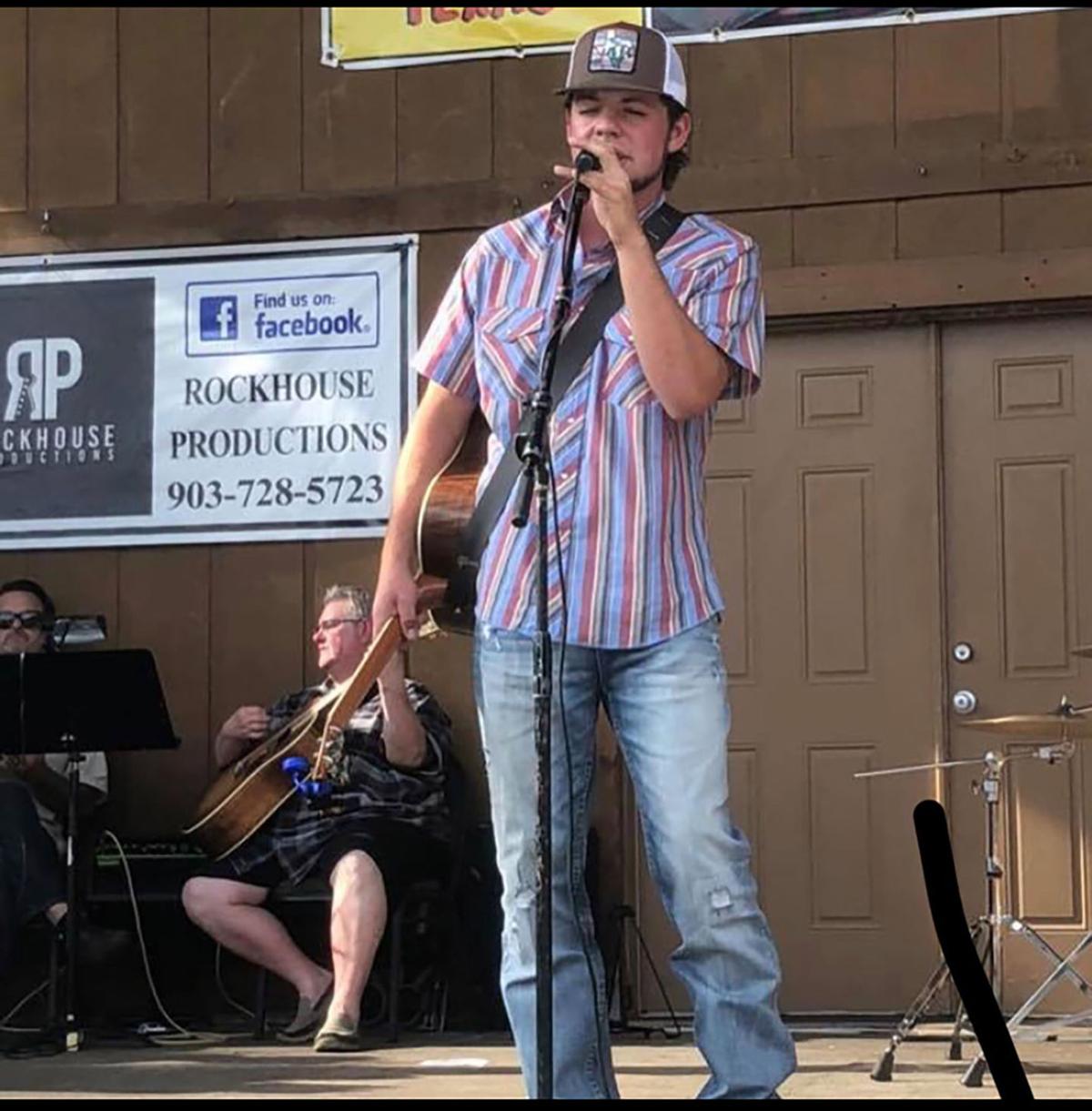 When youthful singer Levi Pilkington took the stage at East Texas Performing Arts’ Texas Sounds International Country Music Awards in October, the last thing he expected was to be presented the Texas Spirit award in front of an international audience at the closing ceremonies. However, the judges found his acoustic guitar playing and singing authentic and grounded in the deep roots of East Texas Red Dirt twang and acknowledged his capable and stirring talent.

“Getting the Texas Spirit award was my highlight,” said the 22-year-old Marshall resident when asked about performing at Texas Sounds. “I was not expecting an award.”

Performing and meeting accomplished country music singers and bands from around the world was an eye-opening experience for the self-taught guitar player and lead singer of the Levi Pilkington Band.

“Everyone was from a different country. They were so talented. They were chasing their dreams,” he said with reverent smile.

“I looked up the people on the internet. They were a lot more accomplished than I thought, and have a bigger fan base,” he observed. “I was really impressed. And they were in Jefferson, which we think of as north of Marshall, that’s how we see it. But, that’s how big Texas Sounds really is. People don’t think Jefferson could host an event like that. That’s their CMAs.”

Learning to play and perform the guitar has taken Pilkington down an unexpected career path. After graduating from high school, the East Texas native spent his time with friends, explored the back roads and lived for the moment. Singing in his own band has broadened his horizons and opened doors of opportunity. He recently performed at Marshall’s Fire Ant Festival, the Burn Run Motorcycle Benefit for Camp ‘I’m Still Me’ for childhood burn victims, collaborates with other musicians around the region, and is a regular fixture in the local country music scene.

Pilkington was always destined to sing and perform. He spent his early years joyfully singing in the choir at Trinity Episcopal School. As he grew, his heart and time were drawn to pursuing sports and he felt obligated to stop singing. Choir and singing were placed on the back burner as he focused on baseball and athletics. When that came to an end, he rediscovered his first talent and is at home in the spotlight, strumming his guitar and singing the genuine tunes that only an East Texas country boy can sing.