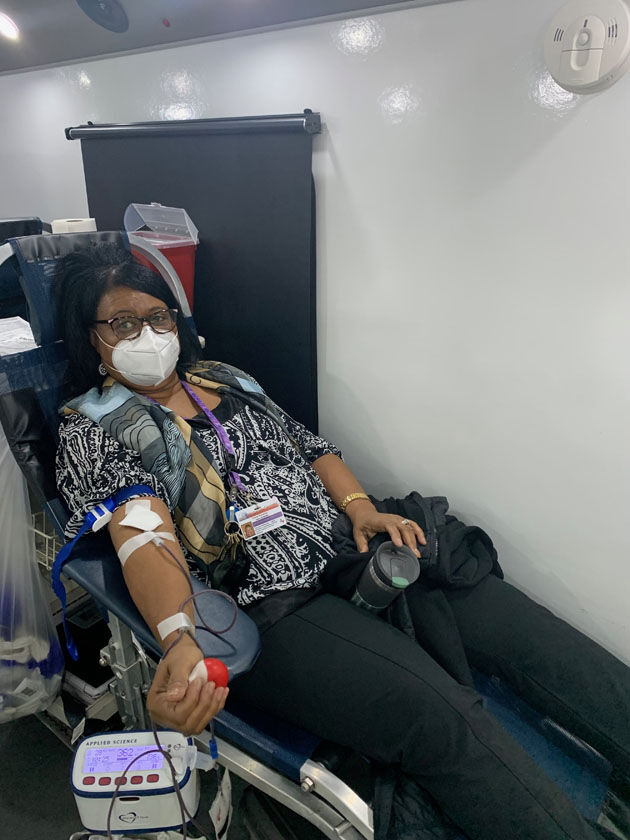 Harrison County Human Resources Director Velma McGlothin is happy about donating blood for the first time at the LifeShare blood drive, Thursday, hosted by Harrison County on the grounds of the historic 1901 county courthouse. 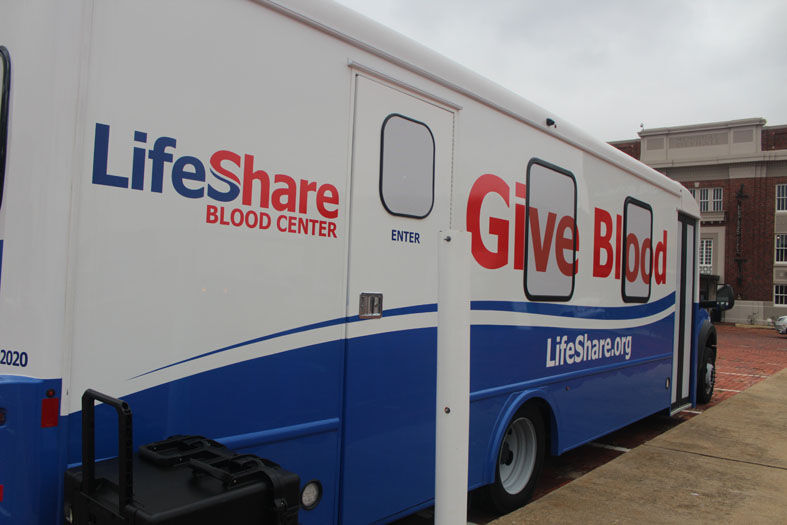 Harrison County hosted a blood drive for LifeShare Blood Center Thursday on the east side of the historic 1901 Harrison County Courthouse. The blood drive exceeded its goal for the day, collecting more than eight whole blood units.

Harrison County Human Resources Director Velma McGlothin is happy about donating blood for the first time at the LifeShare blood drive, Thursday, hosted by Harrison County on the grounds of the historic 1901 county courthouse.

Harrison County hosted a blood drive for LifeShare Blood Center Thursday on the east side of the historic 1901 Harrison County Courthouse. The blood drive exceeded its goal for the day, collecting more than eight whole blood units.

Harrison County partnered with LifeShare Blood Center, this week, to replenish the blood supply during these critical times.

“Right now the need for blood has never been higher,” said Christian Metcalfe, account manager with LifeShare Blood Center. “Couple that with COVID, the need for convalescent plasma, and just whole blood for different people in the hospital. That’s what we do. We service different hospitals for people in the community. We’ve had just such a great response in Marshall that we’re going to be trying to branch out even more.”

Metcalfe said LifeShare is based out of Louisiana, but is trying to have a more visible presence in Texas, starting out in East Texas. He thanked Harrison County for hosting the blood drive Thursday outside of the historic county courthouse.

“The success has all been due to (County) Judge (Chad) Sims and all the help that we’ve gotten from the different people in the Harrison County court,” said Metcalfe. ”They’ve been coming out; they’ve been pulling out their friends and family and they’ve been taking time out of their busy day to come save some lives.”

“Velma was pivotal. This would not have been as big of a success without her,” he said.

McGlothin said the county will be hosting another blood drive with LifeShare in March. She said she’s glad the county was able to respond to the need to help replenish the blood supply. It was personally her first time to give blood.

“I just appreciate it. I’ve never given blood before,” she said, sharing she always had a fear of needles.

“But I just feel with everything that’s going on (with the COVID-19 pandemic) and if I can help somebody, that’s what I want to do,” said McGlothin. “As long as I’m able to give blood I’m going to give it because you never know when I may need it or a member of my family.”

“With the COVID and so many people that I know that are close to me that have died or just laying up in the hospital, I just feel like I need to help,” she continued. “Anytime we can do something to help the community, I think we need to do it.

“I’m proud of the employees who came and gave,” she said.

The blood drive kicked off at 10:15 a.m. and ended at 2:15 p.m. Metcalfe said they were able to exceed their blood drive goal for Thursday, thanks to donors.

According to American Red Cross, double red cell donation, referred to as a “Power Red Donation”, allows a donor to safely donate two units of red blood cells during one donation.

Metcalfe was pleased with the turnout. With an hour and a half left in the drive, they had already collected 13 units of blood.

LifeShare has been under an emergency alert appeal due to critical low blood supply. Donations given to serve hospitals are used not only for patients who need blood products on a regular basis, but for those who need them in emergency and trauma situations.

“This is something that helps a wide (variety) of communities,” said Metcalfe.

He said LifeShare will be reaching out to more businesses in the community soon to help host blood drives.

“People look out for the buses,” he urged potential donors. “We have various centers around the state of Louisiana. We’re trying to branch out in Texas, so keep a lookout.

“We’re upping our advertisement and we’re trying to make it as easy as we can for donors to come through the door,” he said.

Metcalfe stressed customer service is the number one priority for LifeShare.