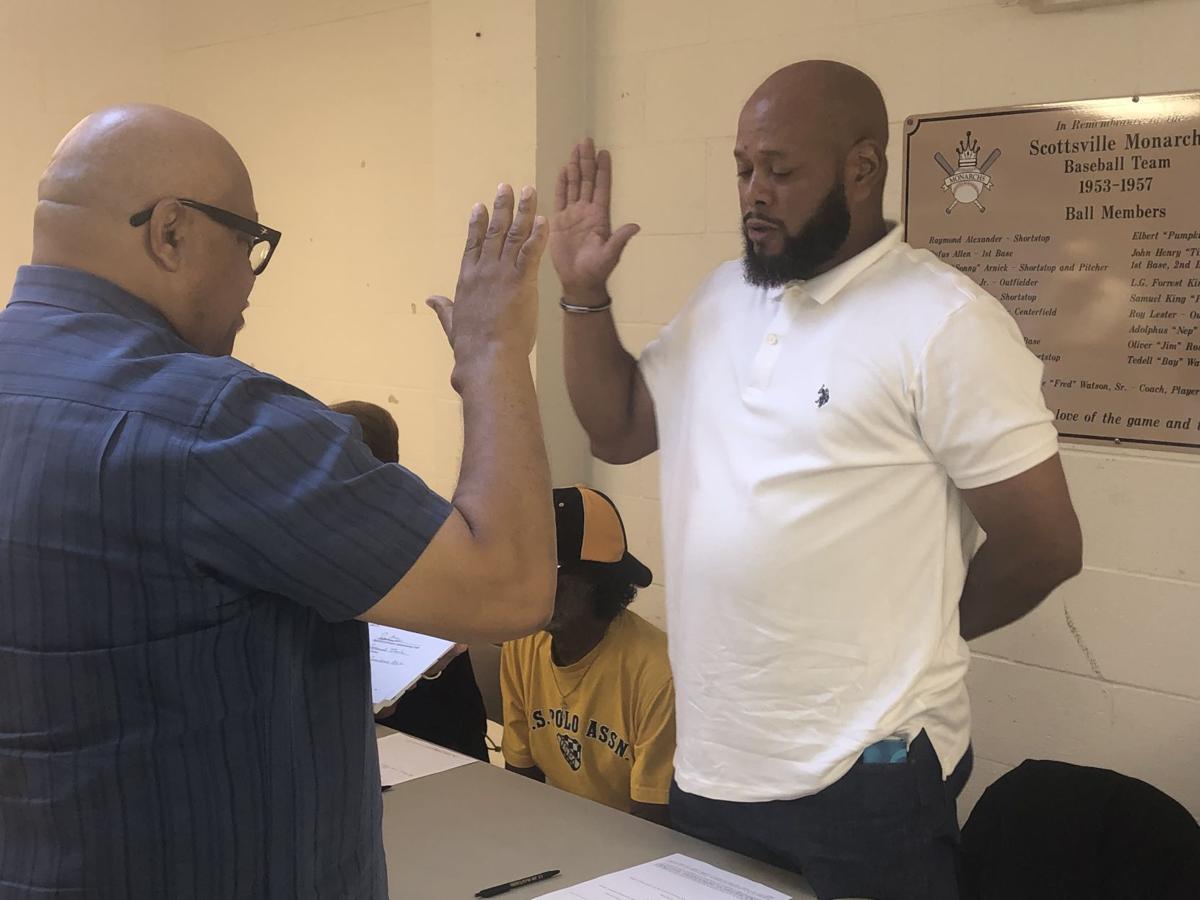 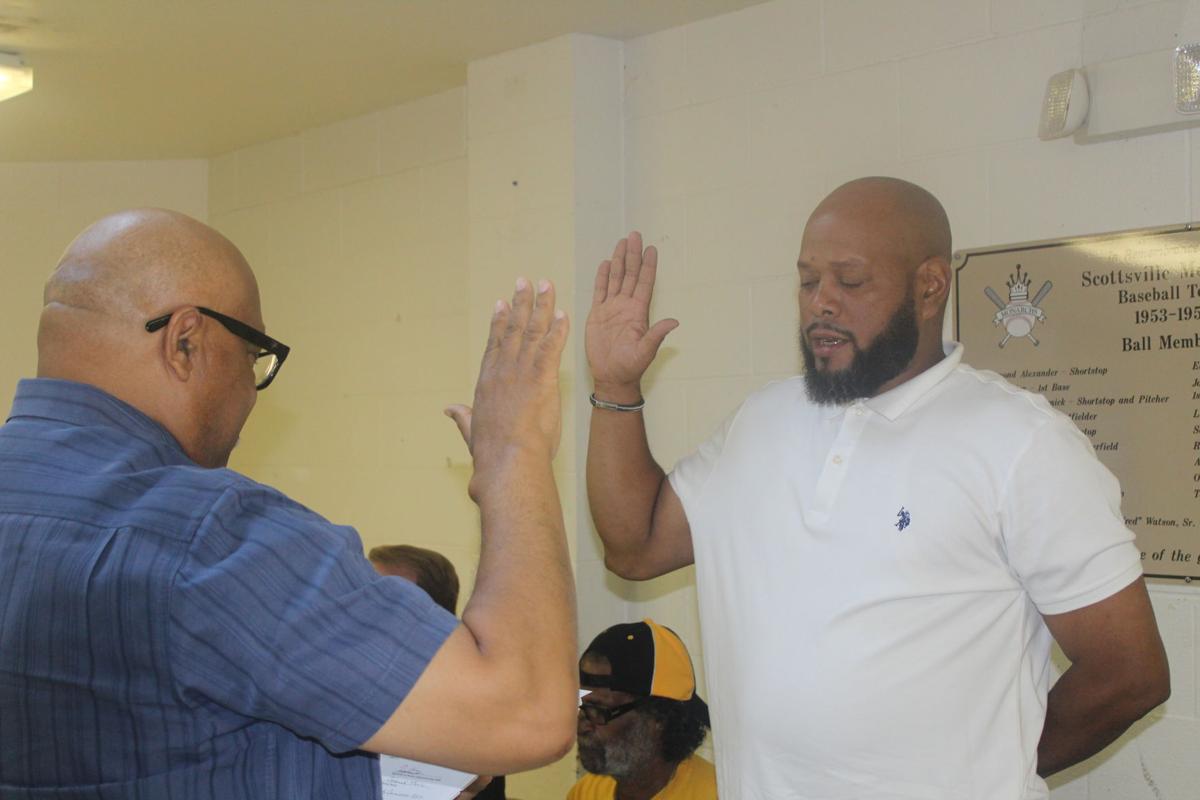 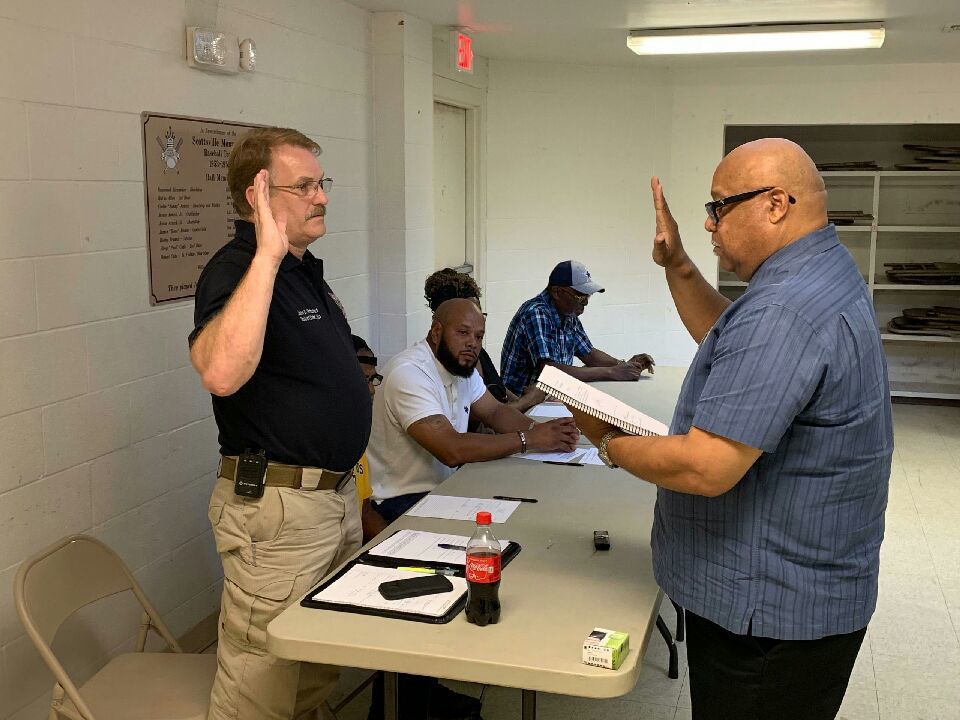 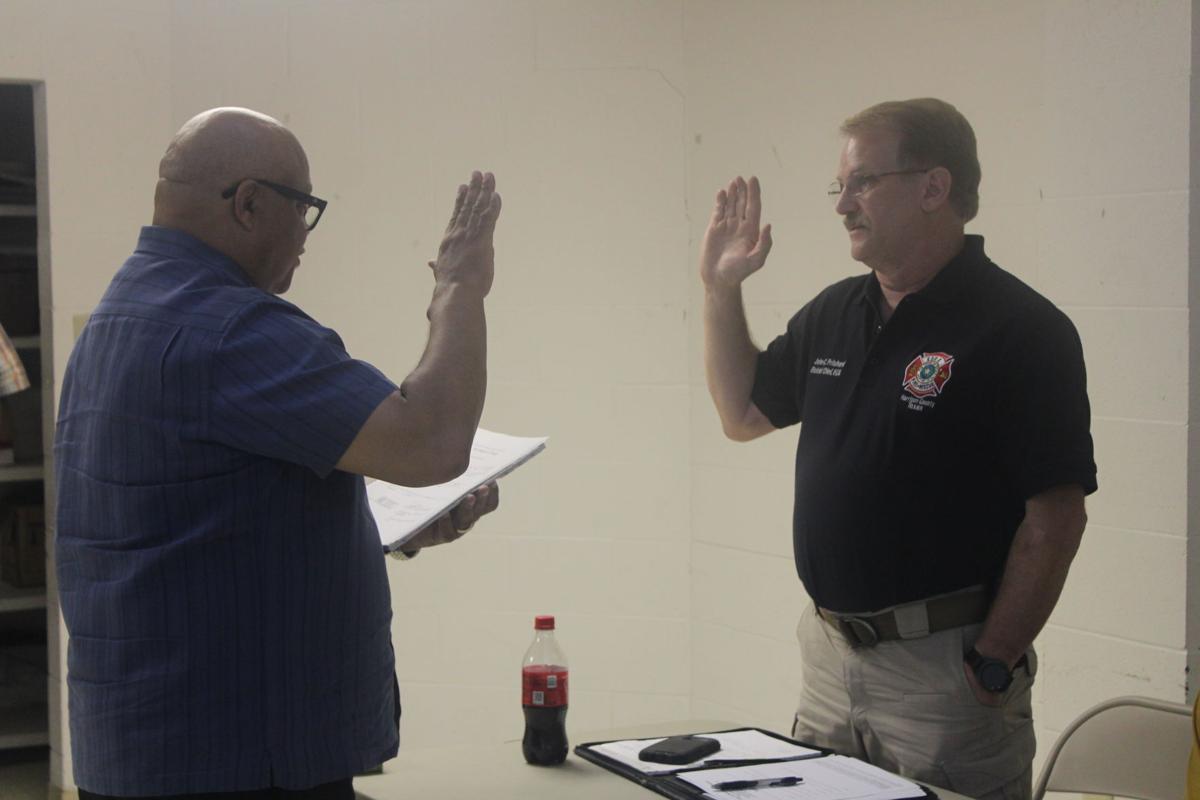 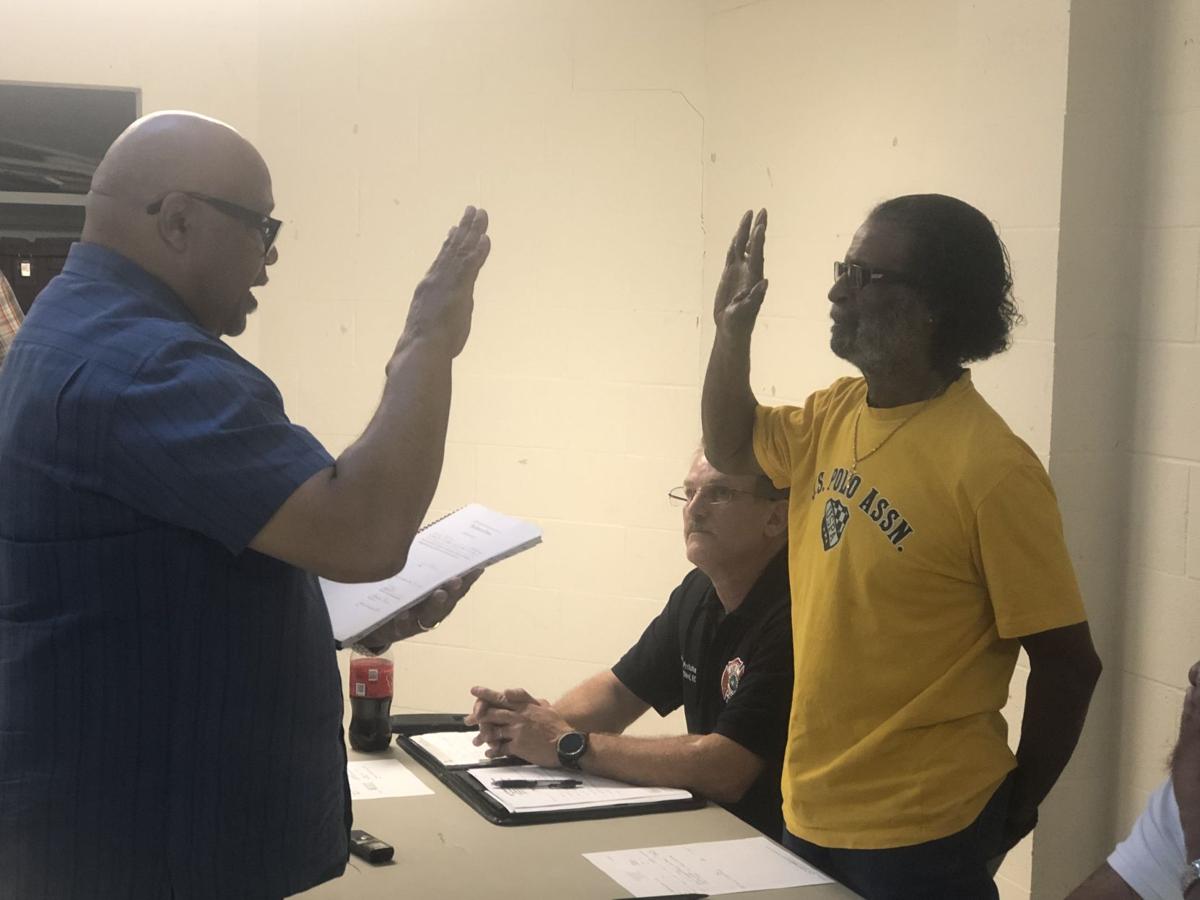 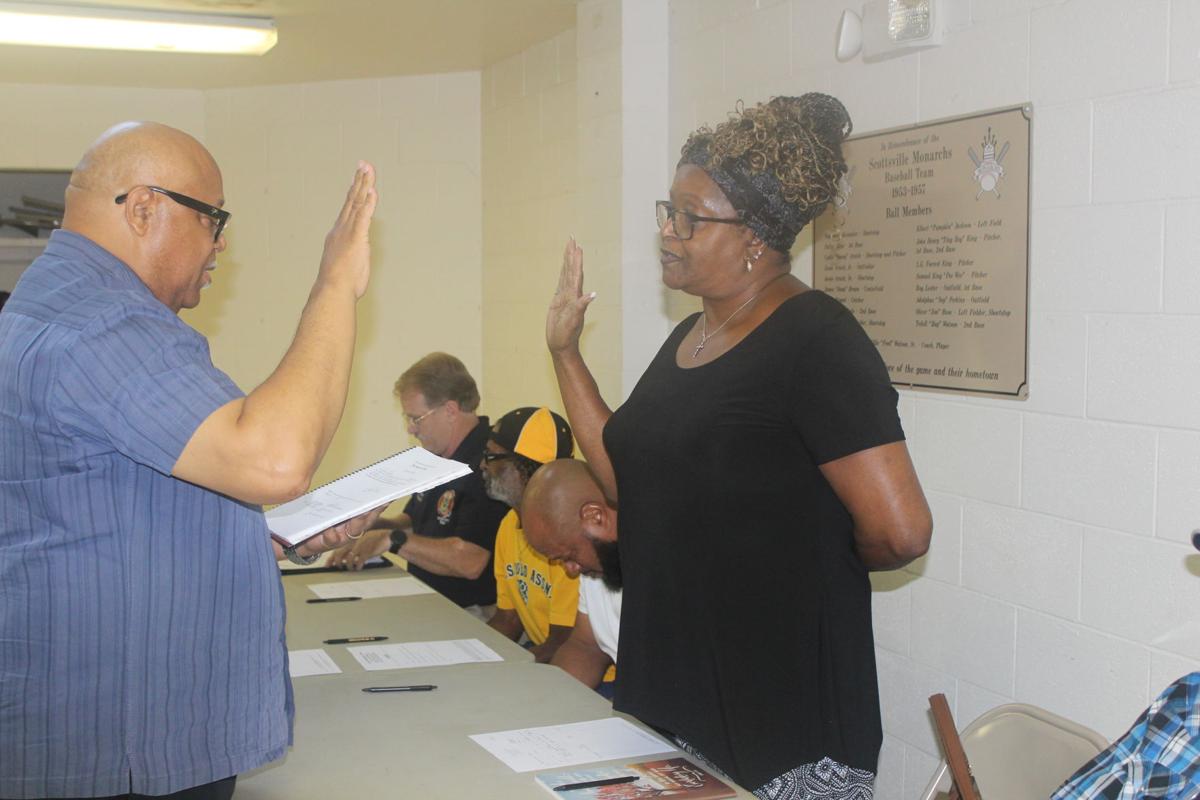 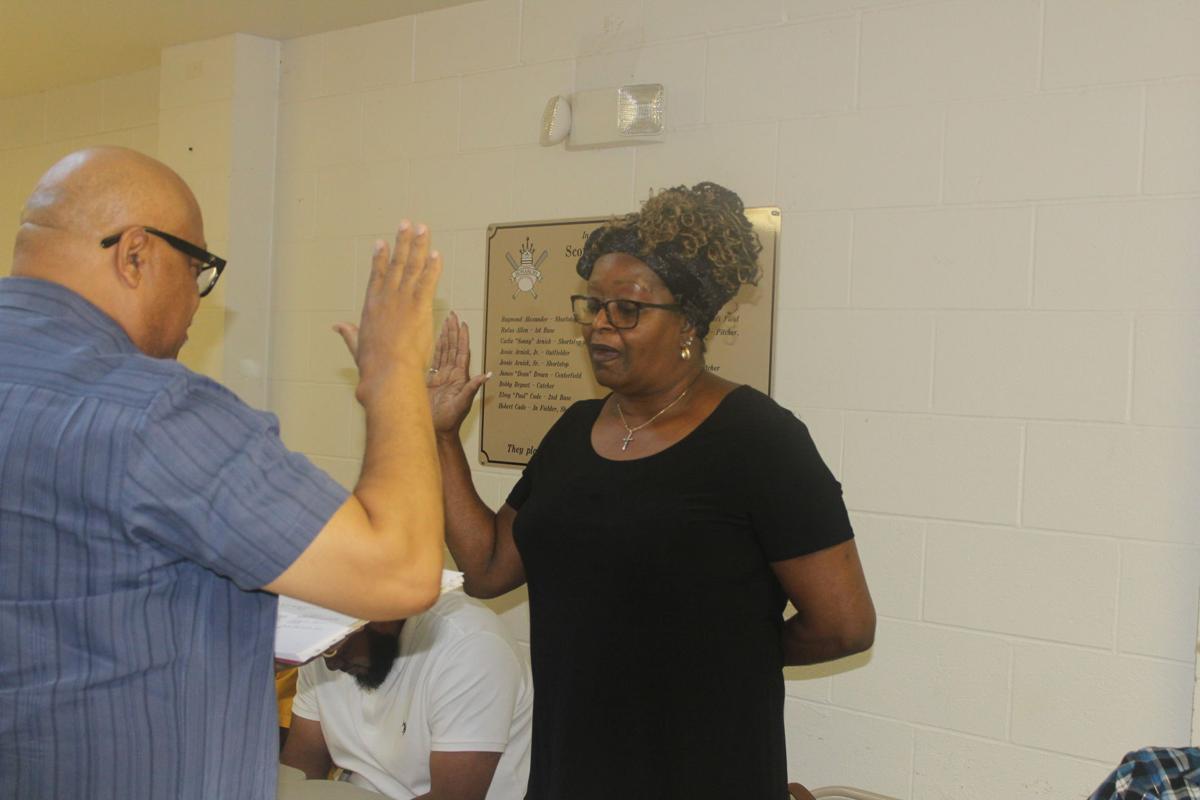 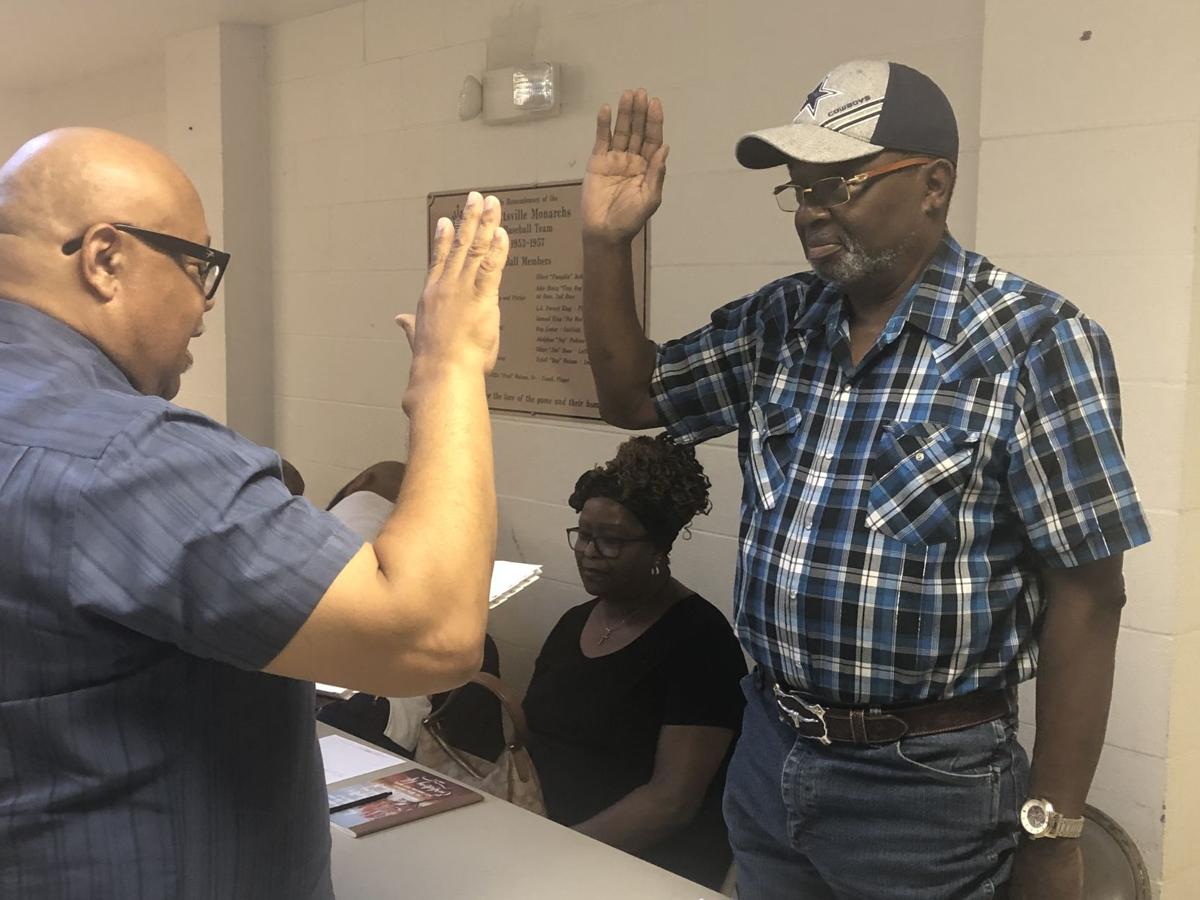 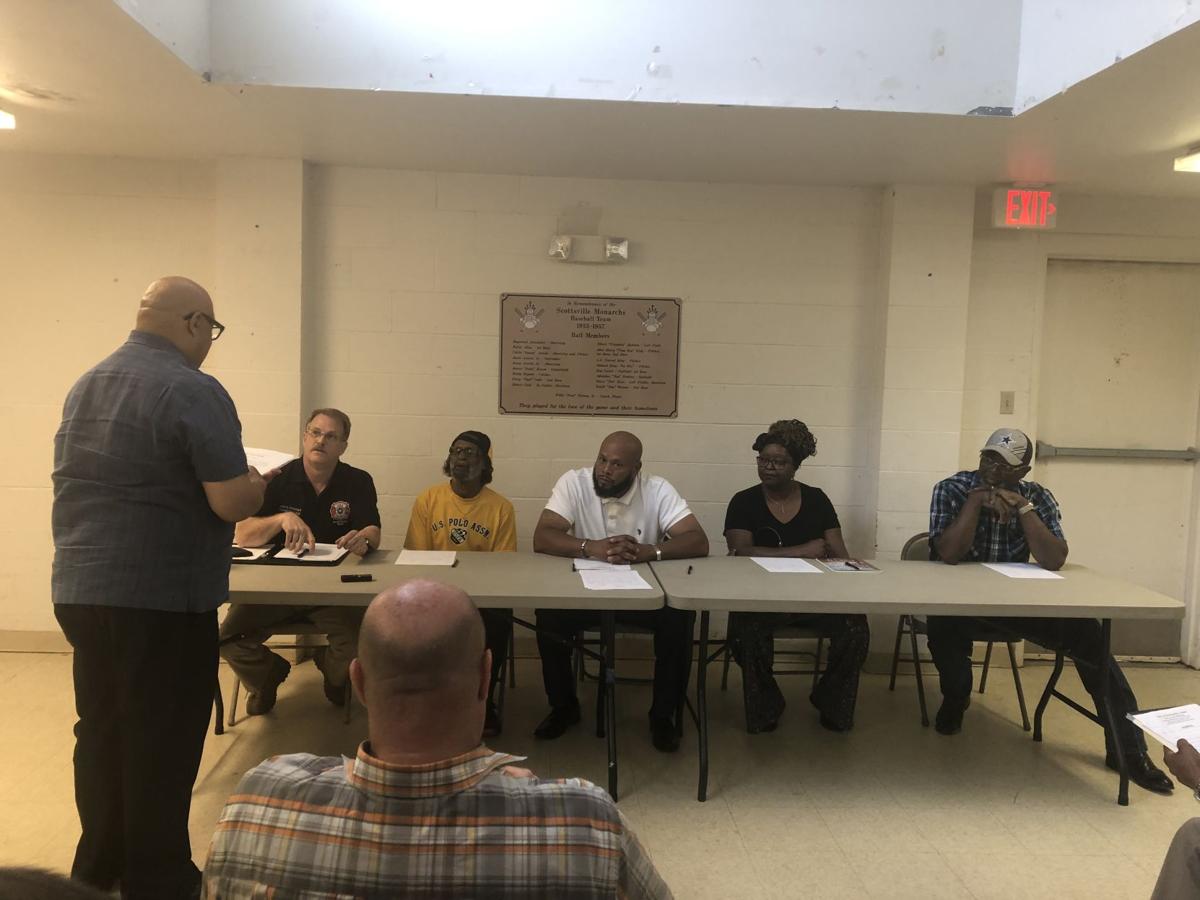 Pct. 2 Harrison County Commissioner Zephaniah Timmins stands as he prepares to administer the oath of office Wednesday to the city of Scottsville's newly elected and re-elected officials.

Pct. 2 Harrison County Commissioner Zephaniah Timmins stands as he prepares to administer the oath of office Wednesday to the city of Scottsville's newly elected and re-elected officials.

SCOTTSVILLE — Recently re-elected Scottsville mayor Kerry Cade was overcome with emotion as he took the oath on Wednesday to faithfully execute the duties of the office.

“I love my city!” the two-time elected mayor squealed as he beamed with pride when asked what brought tears to his eyes.

The mayor and all newly-elected and re-elected aldermen from the May 4 city election were officially sworn in on Wednesday after the approval of bonds for each elected official.

All swore to faithfully execute their duties of office; and to the best of their ability preserve, protect and defend the Constitution and laws of the United States.

The council members were joined by a host of residents, family and friends, who joyously captured the moment as Pct. 2 County Commissioner Zephaniah Timmins administered the oath to each, starting with John Pritchard then Alvin Patterson, Mayor Cade, Peggy Adams and finally Eddie Haggerty.

“Congratulations,” Timmins said as he flashed a smile and shook their hands.

Alderwoman Gloria Turner, who was absent, will be sworn in at a later date, Timmins informed.

In other business, the council discussed road-related matters, giving residents an opportunity to bring any potential issues to their attention.

“If there’s any concerns that the city council needs to know about, we have a contract with the county to get those streets repaired and we’re just wondering if there’s any concerns,” Pritchard explained. “We just did repairs in Sugarcreek (subdivision) where the creek almost washed completely out. And (considering) as much rain as we’ve had in the past few months, we put it (potential road repairs) on the agenda just to make sure if there’s an issue that we need to check into.”