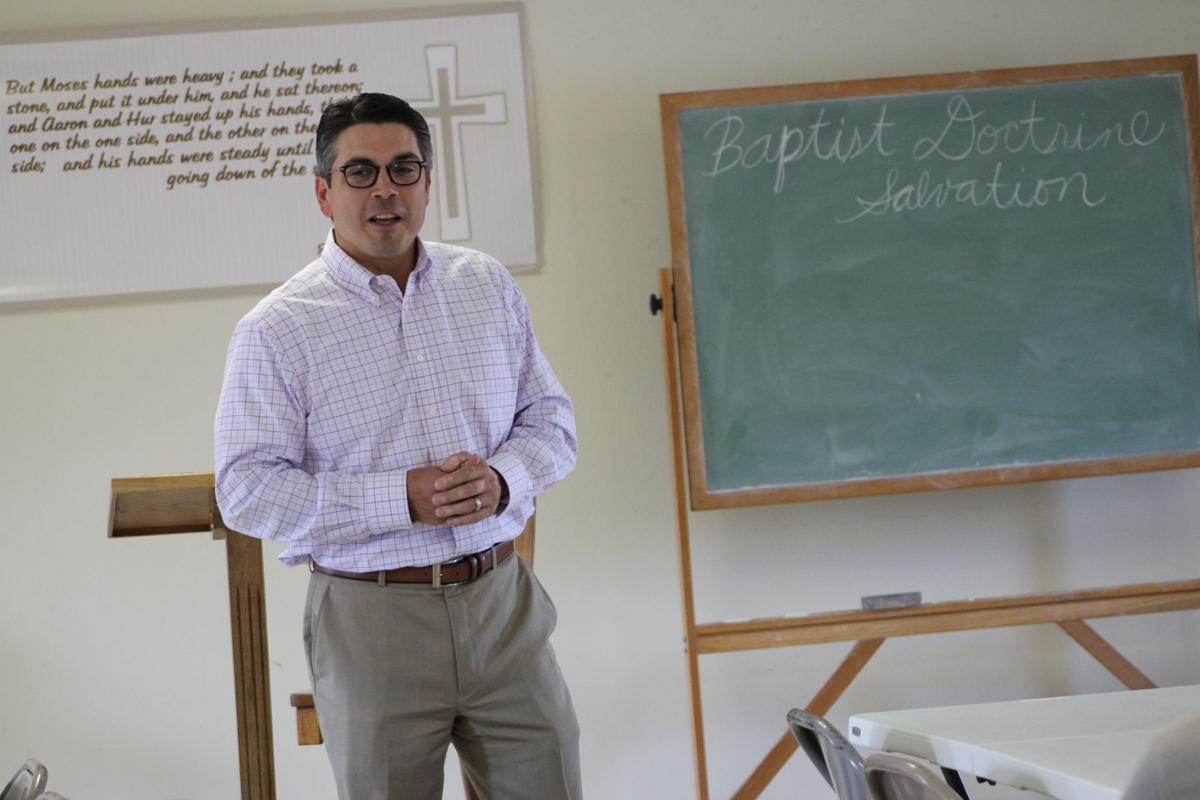 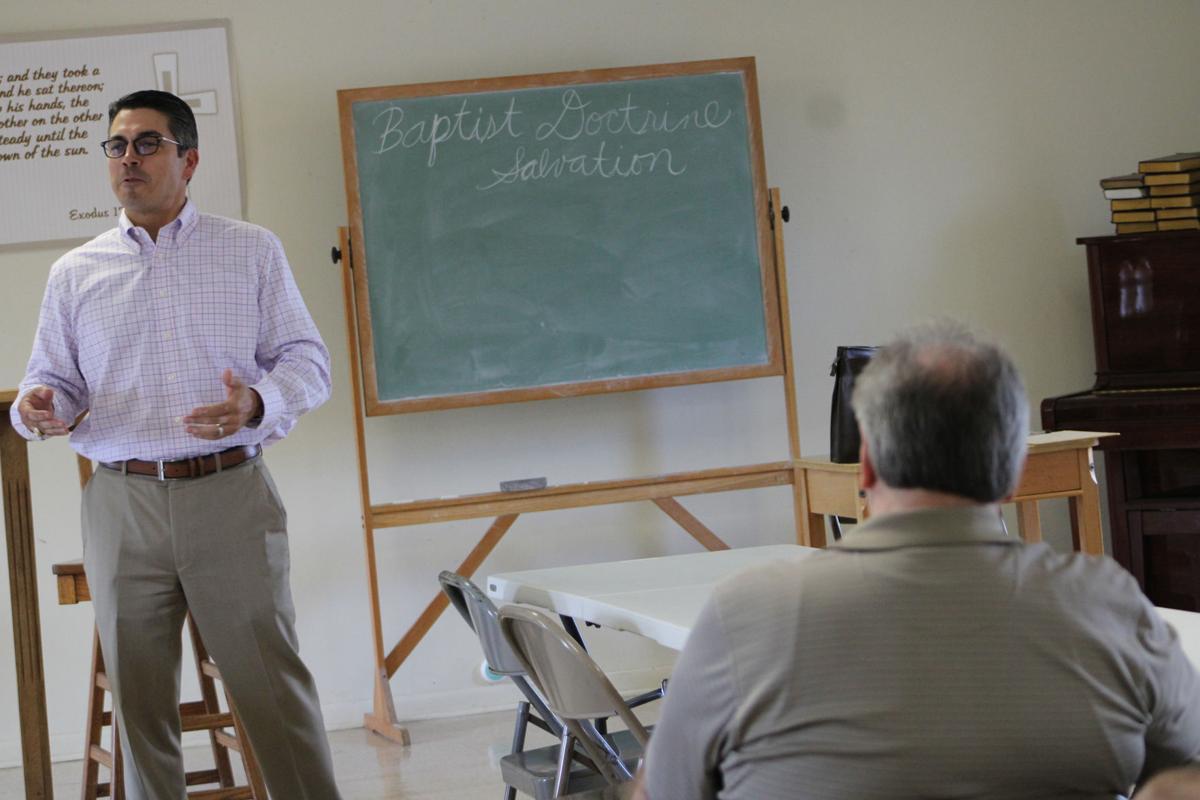 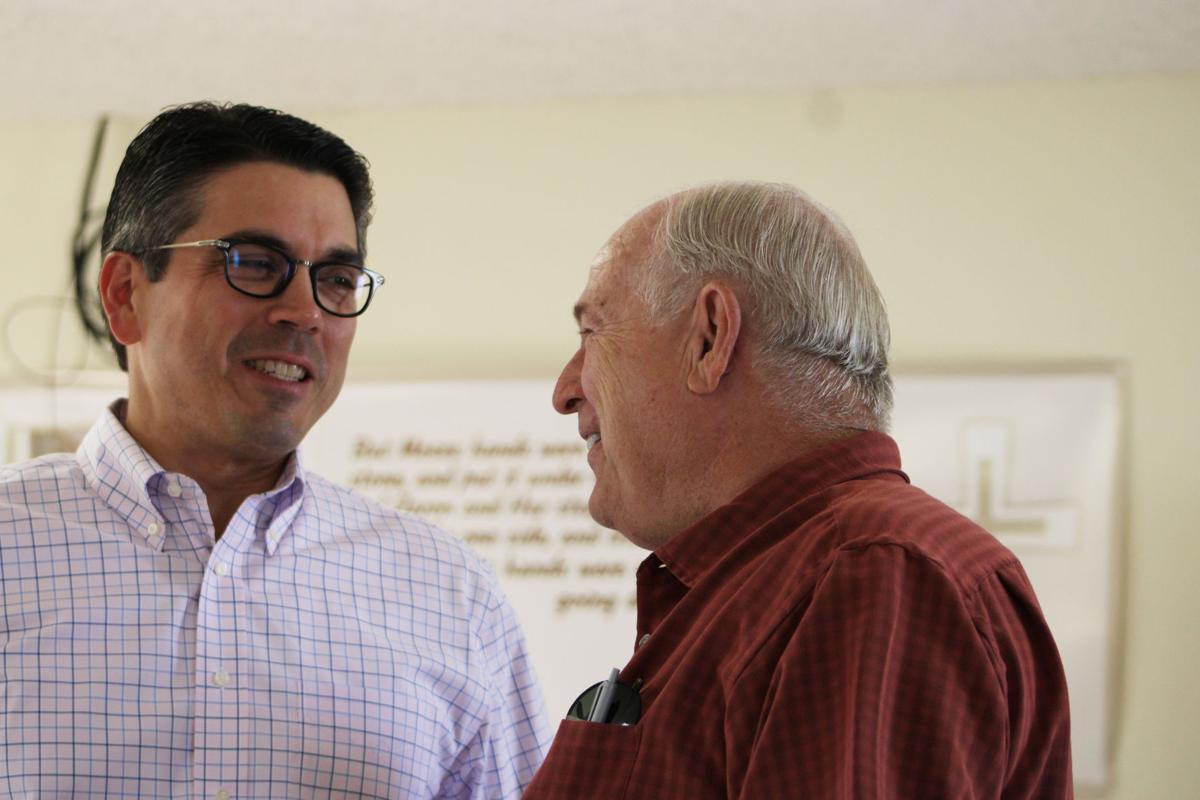 CARTHAGE — Looking back at the most recent legislative session, State Rep. Chris Paddie, R-Marshall, says the major school finance and property tax reforms passed will have a real impact on Texans.

“I’m happy to say we left this session checking the boxes on all the major things we said, the most significant and potentially most transformational (being) school finance reform,” Paddie said, noting that such efforts hadn’t been done in decades without a court order.

Paddie spoke about the 86th Legislative session at Monday’s meeting of the Panola County Democrat Club before hosting a short Q&A session with the group.

Paddie said school finance reform and property tax reform were the two key issues going into the session, and Paddie described them as lofty goals.

“We view that really as 1A and 1B because you can’t have one without the other,” Paddie said. “If you truly want school finance reform in this state, you have got to address property tax issues. You can’t get true property tax reform or relief unless you’re willing to look at school finance, which is the largest driver of those checks you have to write.”

School finance bills included putting $11 billion into public education, for things like property tax relief, school safety measures and teacher pay. Paddie said state lawmakers’ actions will help adequately fund schools and “really invest and drive down the money to where it should be, which is with our educators in the classroom.”

Texans should also see property tax relief, he said, because the state is now putting in its fair share and not burdening local taxing authorities with an ever-increasing funding responsibility.

“You’re going to see, in short order, everyone across the state that percentage you pay per $100 is going to be driven down significantly because — and the way that happens is — the state put more money in. When the state puts more money in, that’s less that has to be collected from local taxpayers.”

Paddie noted the school finance reform bill that passed will also help out schools in the Recapture program — known as the “Robin Hood” law — by investing about $3.6 billion to reduce recapture. So rich school districts like Carthage ISD should see their recapture payments cut in half, Paddie said.

“So for someone like Carthage, that’s literally millions of dollars,” Paddie said.

“What we first got to do is get it out of the red,” Paddie said of TRS. “Same was true for ERS. And once we do that, get it actuarialy sound so it’s sustainable going forward, then what we need to do — and I’m not going to commit to you how quickly this is going to happen, but I hope it happens pretty quickly — is that we can then start talking about cost-of-living increases... First of all we had to stop the bleeding,” Paddie said.

And he also noted that state officials are investing money to clear a backlog of thousands of untested rape kits and to boost resources for the state’s crime labs, which see months or even years of delays in DNA and forensic testing.

“It’s crazy also that local law enforcement can have DNA and other things that could help solve crimes today that there’s months if not years, of backlogging, being able to get those to a testing facility and get the results,” Paddie said.

This was Paddie’s fourth term — and his most enjoyable, he said. That’s in part because of an increase in bipartisanship among state lawmakers.

The Texas House in particular gained a new Speaker in Dennis Bonnen, R-Angleton, and lost 12 Republican seats, going from 95 Republicans to 83 Republicans.

“The positive thing in that is that forces a lot more consensus,” Paddie said. “Whether Republican or Democrat, it’s generally not as healthy in my opinion if you have a super-majority of one or the other. What happens then is that regardless of which side you’re on, if you don’t need the other side at all, you tend to not listen to them as much. You tend not to make that extra effort to sit down and see if you can’t find some agreement on things.

“I just think it leads to a lot of ugliness and it just doesn’t work very well,” he said. “Obviously we weren’t excited about losing those seats, but I can tell you this session worked extremely well. We worked together bipartisan efforts could be seen throughout the process.”

Going forward, Paddie is serving on a redistricting committee that will work to re-divide up representative districts for both state and congressional House and Senate seats based on the next Census.

“I am the lone East Texan that serves on that committee,” Paddie said. “So that means it is my responsibility to do it the way I see it to make sure I protect the interests of not only rural Texas but particularly East Texas.”

The rural vs. urban divide is one Paddie says what he’s focused on going into the future. Texas is expected to grow to more than 50 million people by 2040 — and most of those people will be living in major cities, not rural areas, Paddie said.

“What that means, politically, is that’s where the people, that’s where the representation will be,” Paddie said. “Every time I had to add one more county, I go from six counties to seven counties, there’s one vote to me for seven counties. I go to Harris County and Houston right now, they’ve got 45 representatives that serve the community... We lose on that up or down vote every week.”

Paddie said that’s one of the reasons why he was speaking to his political opposites on Monday.

“That’s the really sad part about where we are,” he said. “It’s what’s so disheartening about what I see going on at the national level... We’ve forgotten what we’re there for. I am there to represent you, whether you’re my largest critic or my biggest fan, it does not matter. My job is to go down there every day and to do what is in your best interest.”

“What we better be doing right now is proactively thinking about solutions,” he said. “How is it that we can help those folks in Dallas and other places that need that resource: How do we help them find solutions to their problems while at the same time protecting our interests?”

“You’re either at the table or you’re on the menu,” he added.