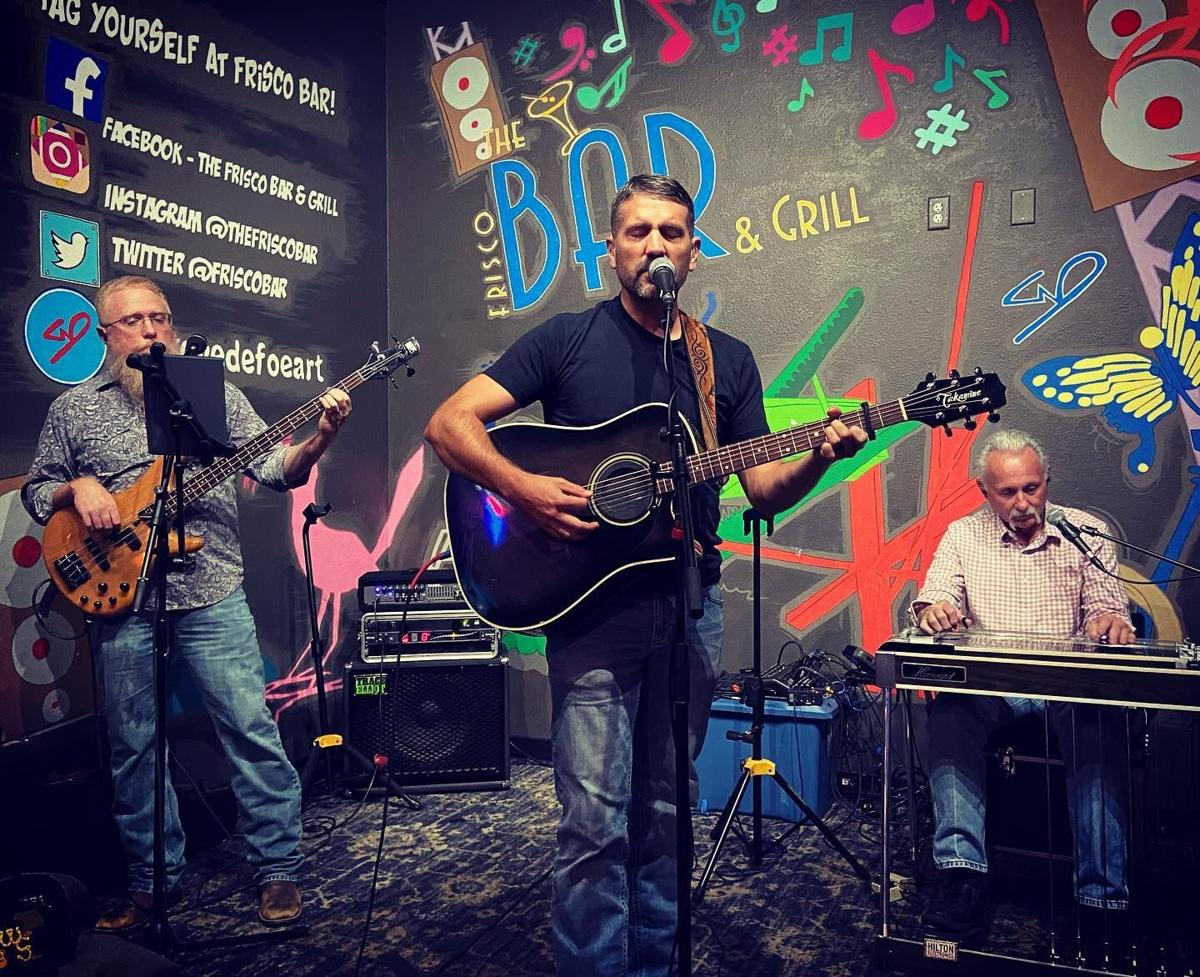 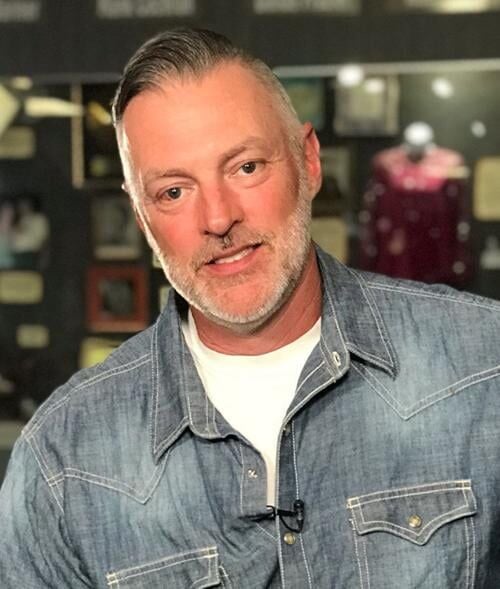 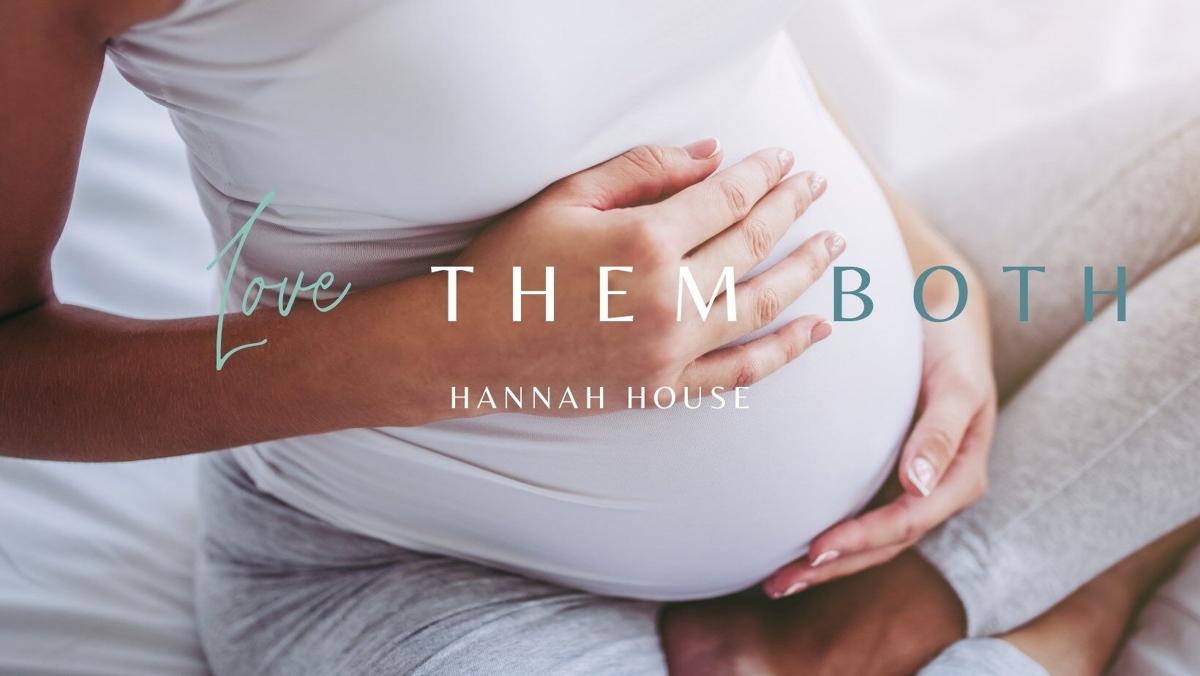 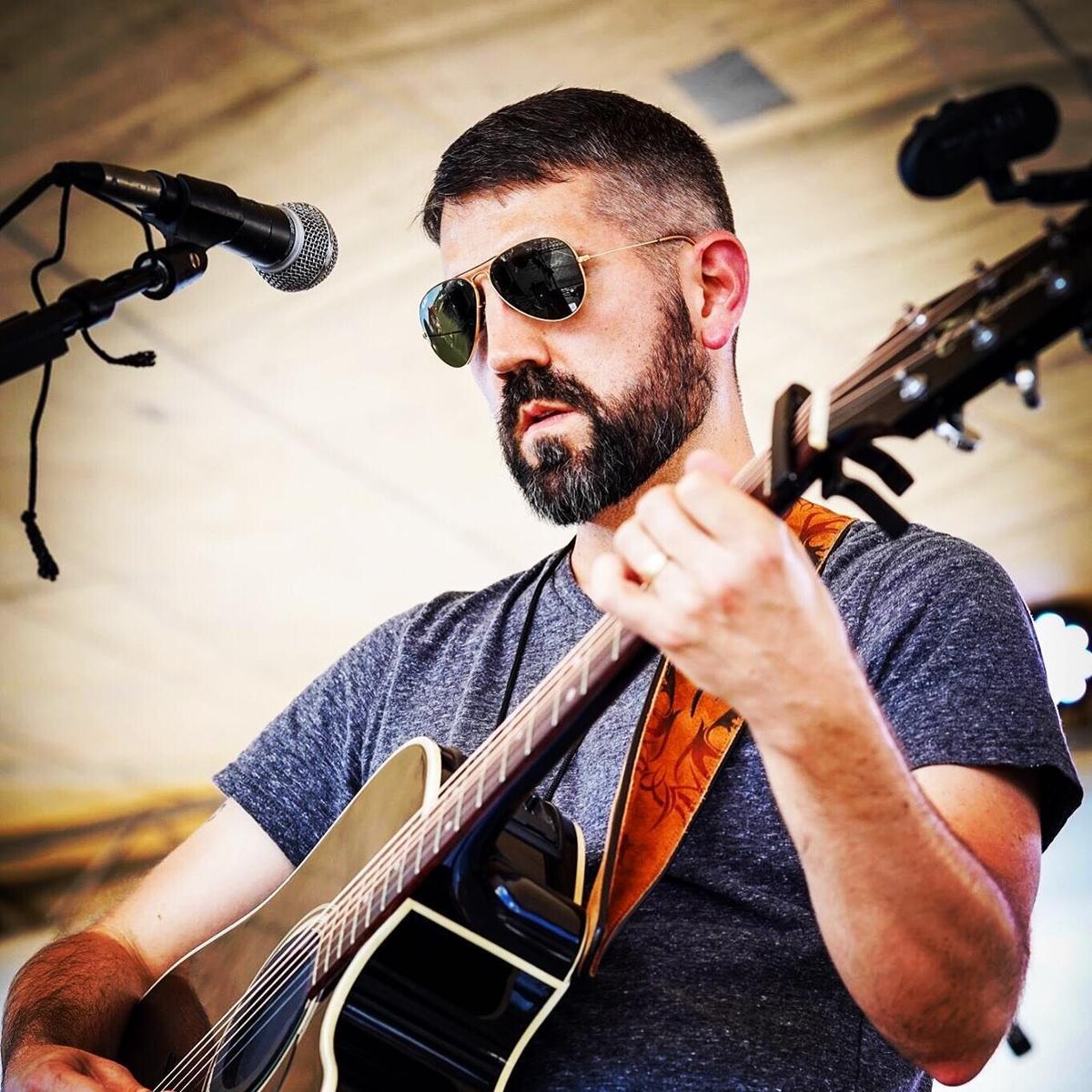 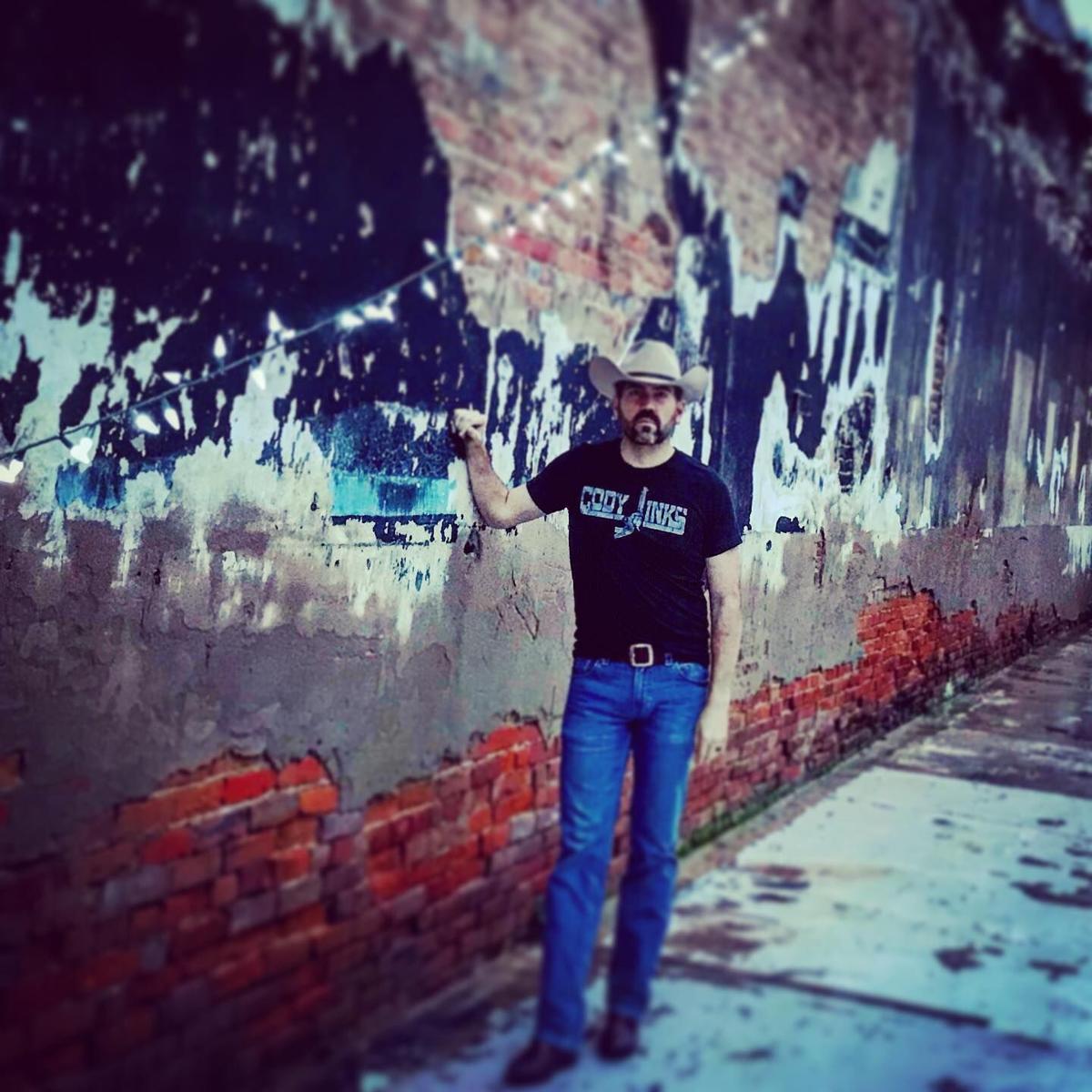 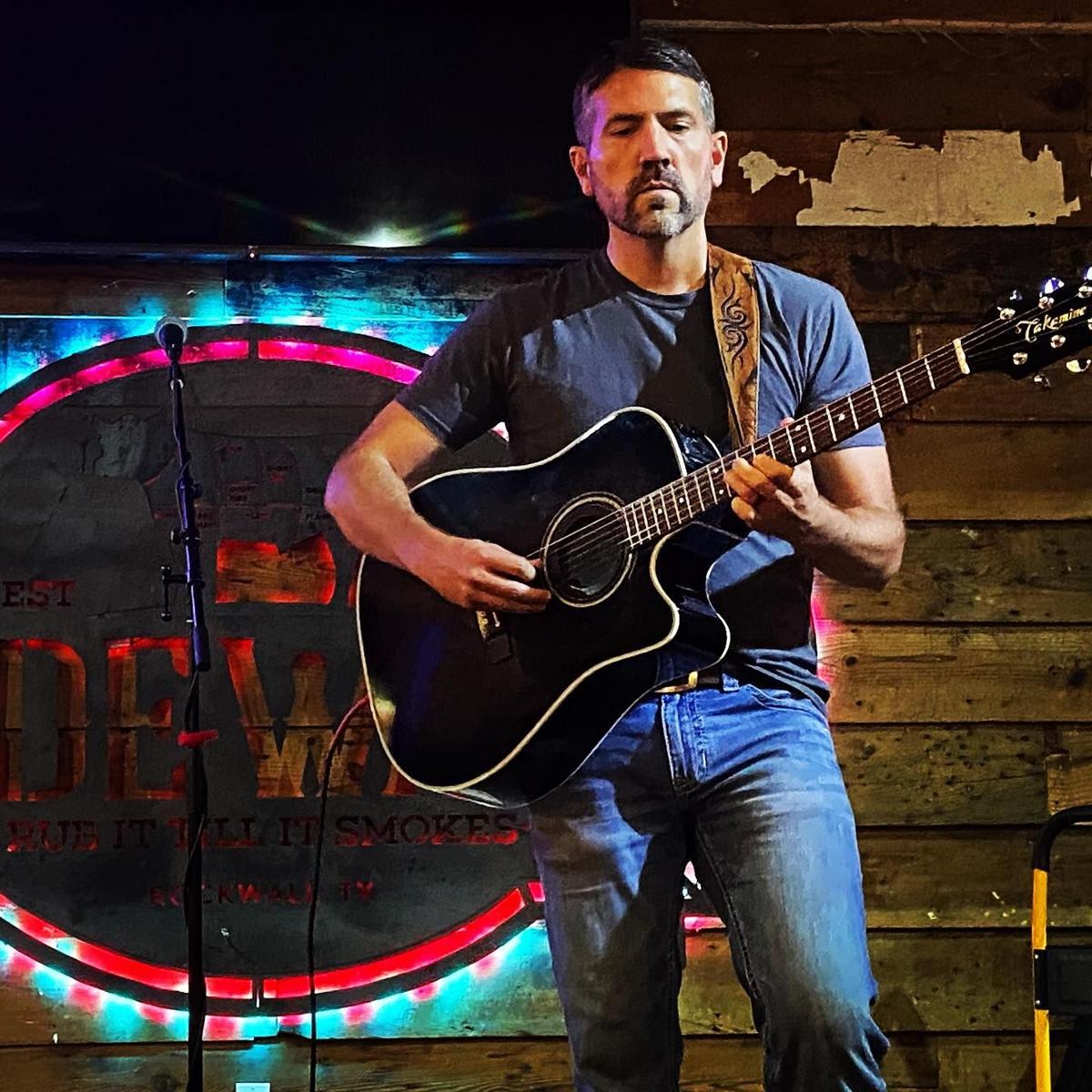 The annual pasture party with a cause is coming up Oct. 2 at Bear Creek Smokehouse in Marshall, and one of the concert performers said he hopes more funding than ever is raised to benefit the Hannah House Maternity Home.

“This is my first time partnering with Hannah House and my first time opening for Darryl Worley,” Skinner said. “I really respect Darryl as an artist and as a former U.S. Marine, I really love his message and the thrust of his lyrics, especially in songs like ‘Have You Forgotten?’ about 9/11. Hannah House I hadn’t actually heard about until now, but I personally have enormous passion for pro-life causes, especially faith-based initiatives to help struggling mothers and their children facing tough situations.”

Now Skinner said he’s fired up to perform at the Oct. 2 benefit and he hopes guests come ready to donate to a worthy cause.

“I hope people with lots of money come to the benefit and write enormous checks,” Skinner joked.

Skinner said music is something that he’s always been surrounded by his entire life.

“I’ve always played music,” Skinner said. “My dad was a musician and my uncle was a touring country music singer in the 1970s and my dad often toured with him. Around our house, there was always a guitar sitting around — it was just part of the culture of my home life. I was in choir all through school and my dad bought me my first big boy guitar that I still play with today.”

“I listened to everything from classical music to Hank Sr., Merle Haggard, Johnny Cash and all those classic country guys that I heard from my dad, to the Eagles, Stone Temple Pilots, to the Beach Boys and Jimi Hendrix,” he said. “I’m a music omnivore, and all of that coalesced when I sat down to write music.”

Skinner said he put out an EP (Extended Play album) years ago, but going through a major life change really strengthened his songwriting skills.

“I was an English professor full time for work and only began performing music professionally about five years ago,” he said. “I went through a divorce, and that life experience really made my song writing deeper. If I had sat down at 20 years old, I wouldn’t be able to write songs like I do now at 42. Now, I write with a purpose.”

With the song writing solidified, Skinner was ready to record his music for a single and then a full album, his first, titled “Through the Fire.”

“We released ‘Through the Fire’ last year, and I’ve already written the songs for my second album, ‘Flood,’ and am now working on my third album,” Skinner said. “I’m going for a more bluesy Mississippi Delta sound on that one.”

With his first two single releases, Skinner got a taste of the country charts fever.

“My first single was called, ‘Red Summer,’ and it was about the racial conflict here in this area in 1919 that led to martial law and a lockdown,” he said. “I love history, especially Texas history, and I write about things that have meaning to me. My great-great grandfather came to Texas after the Civil War and my family has been here ever since. I love Texas.”

That love for Texas has now led the singer to event jump onto the Texas Country Music Top 50 charts with his second single, “Uncle Sledge,” which peaked at No. 45 but is still hovering on the charts.

“’Uncle Sledge’ is a fictional character based on a real person,” Skinner said. “It’s based on my uncle who was a real cowboy. He wore spurs almost every time I saw him, and I wanted that song to sound like Tyler Childers meets Waylon Jennings.”

On his album, Skinner wrote each and every song and fans will have a chance to hear those lyrics, his voice and his band when the group takes the stage to open for Darryl Worley on Oct. 2 at Bear Creek Smokehouse.

As a former U.S. Marine and a fellow country singer, Skinner said he has a lot of respect for Worley’s dedication to performing for U.S. troops and his continued patriotic support.

“I’m pro-America, pro-freedom and I love the fact that Darryl has been apart of the initiative to restore people’s American values for our future generations,” he said.

Skinner said he hopes with the passing of Texas’ new heartbeat law — which allows anyone who facilitates abortions after the detection of a fetal heartbeat to be sued — that the Hannah House Maternity Home will have a need for more funding as they have an influx of expecting mothers to help that have chosen life for their babies.

“I’m a father of five children,” Skinner said. “My wife and I are passionately pro-life. I love what Hannah House Maternity Home does by providing healthy resources to mothers. This is a wonderful cause.”

The annual benefit concert serves as a fundraiser for the non-profit Hannah House Maternity Home of Gilmer, which helps young pregnant women across East Texas and beyond as they make the best decision for themselves and their children while in the setting of a loving and safe environment, Hannah House Director Melanie Wright said previously.

“This is an annual event, and one of two fundraisers we have each year to help fund our non-profit and help young women and children,” Wright said previously.

Money raised from the event specifically goes toward helping provide safe housing and God centered counseling for young expectant mothers as they decide if adoption or parenthood is the best choice.

Not only do the women stay at Hannah House to receive support throughout their pregnancies, some women who choose adoption stay on for up to six weeks afterwards, Wright said.

“In its 22 year history, over 500 women and children have been helped through Hannah House,” she said. “We facilitate adoptions and sometimes the mother will stay here after the delivery for up to six weeks. For others, we offer parenting transition resources.”

Besides the two fundraiser benefits, Wright said the non-profit relies on monthly support from about 10 area churches but is looking for other churches to sign on.

Advance tickets are on sale now for the concert and tickets sold on the day of the event will have increased admission.

VIP tickets are $100 each and include stage-front seating, a complimentary lawn chair already set up, access to a VIP lounge for dinner which is provided by Bear Creek Smokehouse and includes a three meat plate with two side dishes. The VIP courtesy tent offers snacks and comes with VIP parking and a goodie bag. VIP ticket sales are limited.

Smoking is allowed in designated areas and coolers are allowed but glass bottles are not allowed. Guests are encouraged to bring lawn chairs and blankets as the concert is in the pasture.

Raffle tickets for an autographed Darryl Worley guitar are on sale at Bear Creek Smokehouse and 3 Girls Nutrition.

Sponsorships are still available by emailing Hannah House at hannahhouse.life@gmail.com.

For more about the event, visit www.facebook.com/events/817752958878859 and to learn more about Hannah House Maternity Home visit their website at www.hannahhouse.life

Where: Bear Creek Smokehouse, located at 10857 Highway 154 in Marshall