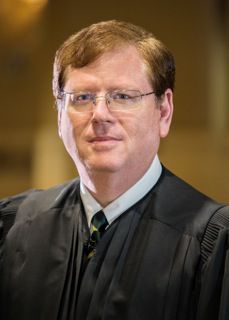 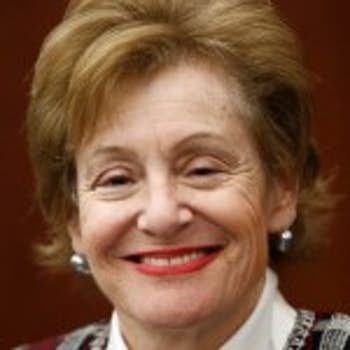 “It is the first instance I’ve ever heard of judges conducting a claims construction hearing simultaneously, and is one of the most innovative tools I have seen judges use to coordinate treatment of related cases,” said Marshall-based patent attorney and blogger for the Eastern District of Texas Michael Smith, of Siebman, Forrest, Burg & Smith.

The two held a consolidated claims construction hearing in the patent infringement case of SEVEN Networks v. Google and Samsung . SEVEN Networks — a software solutions and mobile traffic management company headquartered in Marshall — filed suit against the defendants in Marshall’s federal court on May 17, 2017, accusing Google and Samsung of infringing its patents related to software technologies that manage mobile traffic in order to conserve network and battery resources.

The patents-in-suit cover “software and systems for improving and conserving resources such as battery, CPU and memory by adjusting or controlling how the mobile device interacts with the network,” attorneys for the plaintiff explained.

Judge Lynn has a related case filed in her court. Smith was so excited about the historic occurrence that he was one of first to post about the impending coordination, and had hoped to witness it.

“I posted that it was going to happen, and am irritated I didn’t come over,” Smith said. “I had intended to when it was first scheduled, and have talked with Judge Lynn about it — told her we were looking forward to her coming to Marshall.”

The attorney noted that judges in different Texas district courts, be it Marshall, Dallas or Austin have a record of working together to handle related cases, but this is the first time that he has seen this close of coordination.

“But it isn’t surprising — Judge Gilstrap and Chief Judge Lynn have worked with judges in other districts to coordinate patent cases previously,” Smith said. “Recent changes in the law applicable to patent cases have made it more difficult to have related cases handled by the same judge, so judges have been working together, sometimes across district lines (as here) to try to achieve efficiencies where they can.

“But a consolidated claims construction hearing is unprecedented,” he said of Wednesday’s proceedings. “It will be interesting to see if the order is joint as well.”

During Wednesday’s claim construction hearing, lawyers disputed over the appropriate definition the court should apply to certain terms described in the patented invention in order for the jury to understand during trial.

The defendant’s position is that a wakelock is an alarm that brings the mobile device out of sleep mode. SEVEN argued that wakelocks prevent the device from entering sleep mode.

“The point is at some point the jury is going to have to be instructed what wakelock is in order to understand what a system wakelock is,” Richard Wynne, representing SEVEN Networks, argued.

“The wakelock is working in association with the trigger to bring the device out of sleep mode. That’s how I look at it,” Charles Verhoeven, representing Google, said.

Regarding the term backlight, Verhoeven for Google said the defendants and plaintiff agree that it’s an illumination device behind something.

“The dispute is what is it behind?” he said.

He said SEVEN doesn’t like Google’s indication that it’s behind a “display.”

And “We don’t like their term ‘viewing surface,’” Verhoeven explained.

“It’s an external light source that lights up behind something. Nobody disagrees with that. What we’re trying to say is behind what?”

“I would urge you to use the word behind ‘display’ rather than viewing surface,’” he told judges, expounding that they could run into some problems regarding infringement if “viewing surface” is used.

“I can see as much mischief in the other direction (too),” Gilstrap opined, asking if the parties had a third alternative word that wasn’t as limited as viewing surface as Verhoeven interpreted, but not as open-ended as display.

“We are not saying it has to be predetermined at some precise amount of time. The precision term of exact timing is not what we’re saying,” Michael McKeon, representing Samsung, argued.

“I’d just like to say I thought things were less metaphysical over here in the Eastern District,” she fondly joked.